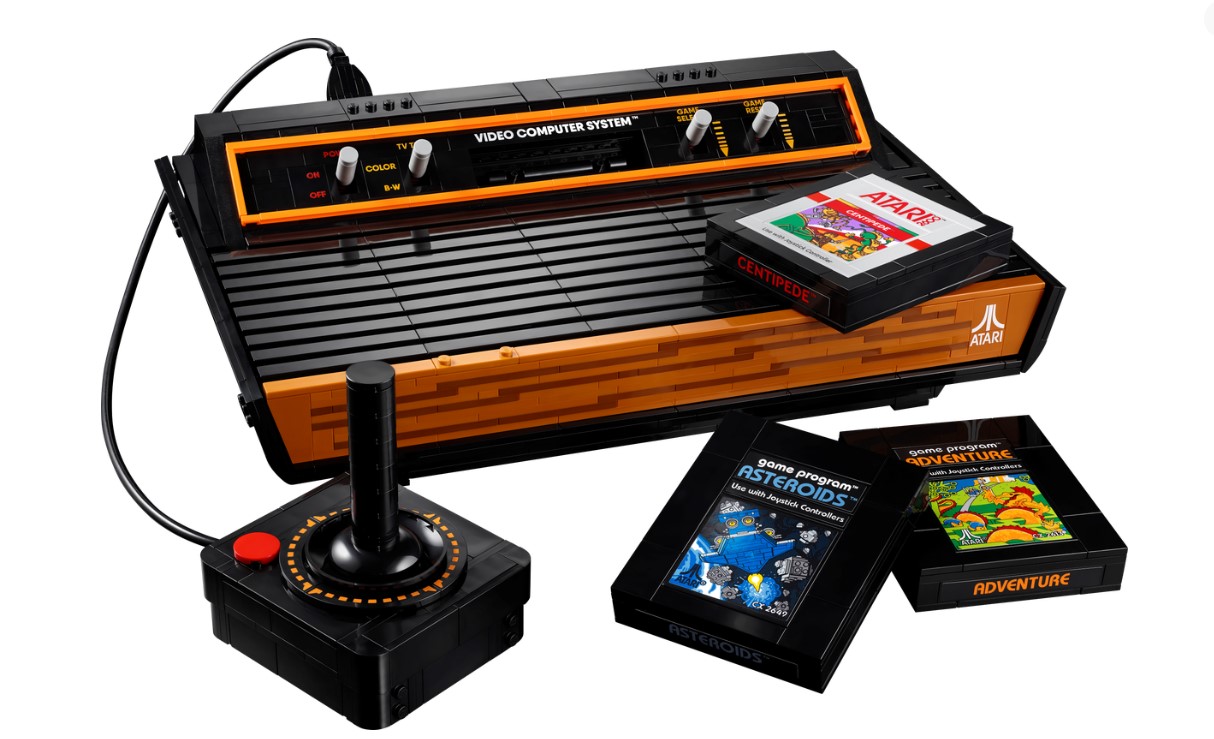 The original Atari VCS console is being recreated in Lego form, complete with cartridges that can also be turned into scenes from the games.

It seems it’s not just Nintendo that Lego has a licensing deal with at the moment, as they’ve followed up their recreation of the NES console with a transforming Atari VCS that is every bit as cool.

Later renamed as the Atari 2600, the Video Computer System was first released in September 1977 (so it’ll be 45 years old this year) and while by no means the first ever video game console it was the first to see mainstream global success.

The Lego version recreates the wood-panelled look of the 1980 version with four switches, but like the NES it’s not just a recreation of the box itself. Rather than an animated TV screen though, the Atari 2600 and its three cartridges can be turned into little dioramas of their own.

The NES had a secret removable panel, that recreates an underground stage from Super Mario Bros., but the Atari 2600 is much more expansive, with a whole slide out panel featuring a typical 80s bedroom of the era – complete with a new wave poster on the wall!

Not only do you get the console and its controller, but it also comes with three cartridges for the classic games Asteroids, Adventure, and Centipede.

That’s neat enough on its own but each cartridge is also a buildable scene from the games, so there’s a spaceship shooting some asteroids, a giant centipede, and the castle from Adventure.

Although the Atari 2600 is only 45 years old, Atari itself is celebrating its 50th anniversary this year and has already announced a compilation and museum style retrospective of over 90 of its classic games, which will be released on consoles and PC later this year.

The Lego Atari Video Computer System, set number 10306, will be released on August 1 at Lego stores and the Lego website.