Little Witch in the Woods follows the story of an apprentice witch, Ellie, as she explores a mystical forest, encounters adorable creatures, crafts potions, and aids in the restoration of a nearby village. Through her exploration of the Green Forest, Ellie comes across many peculiar things, but none surprise her as much as a Ritoring.

Hidden throughout the Green Forest, Ritorings are small acorn-shaped creatures that are buried underground. The only way to spot them is through an acorn-shaped bulge and their white four-petaled flower that sticks out above ground. Once they are plucked from the ground, they sprint away, leaving behind a Ritoring’s Gift. 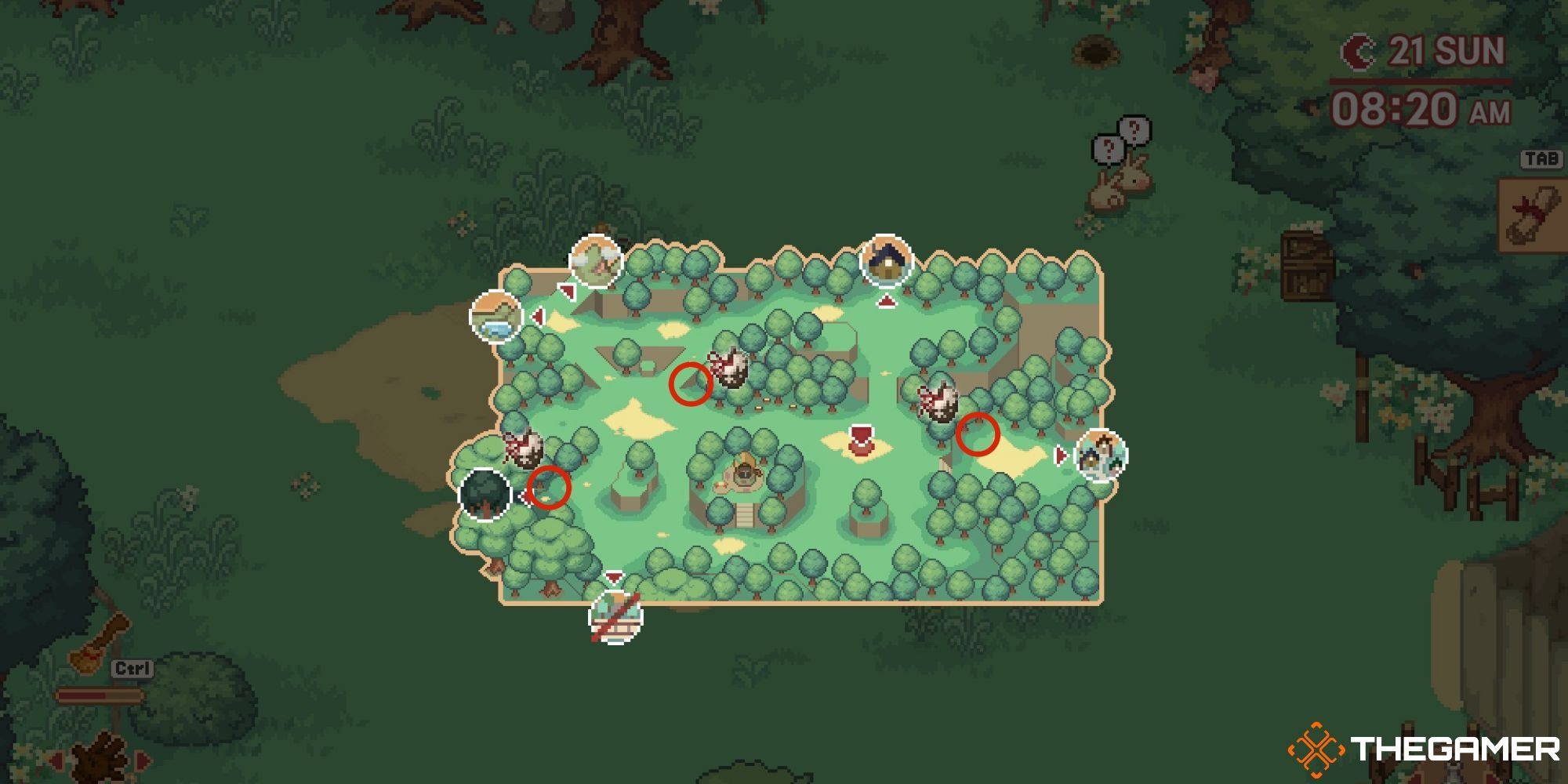 One Ritoring’s Gift can be found in the same area Aurea was when the vines blocked the entrance to the village. From the Witch’s House, head south into the Green Forest Plains and down the grass ramp until you see the signpost. Then go east and down the stairs.

A Ritoring’s Gift can be found near the center of the Green Forest Plains.

From the Witch’s house, go south down the grass ramp until you reach the signpost. From there, head west just past the well where there are two ramps next to each other.

Approach the base of the eastern ramp, but do not go up. Instead, walk behind the tree that drops branches. The gift will be slightly behind the branch-dropping tree and in front of the front corner of the ramp.

Go down one of them and continue southwest to the entrance of the Green Forest Depths. Leading into the entrance is a row of six trees. Between the second and third trees is a boulder, but between the third and fourth trees is another Ritoring’s Gift. 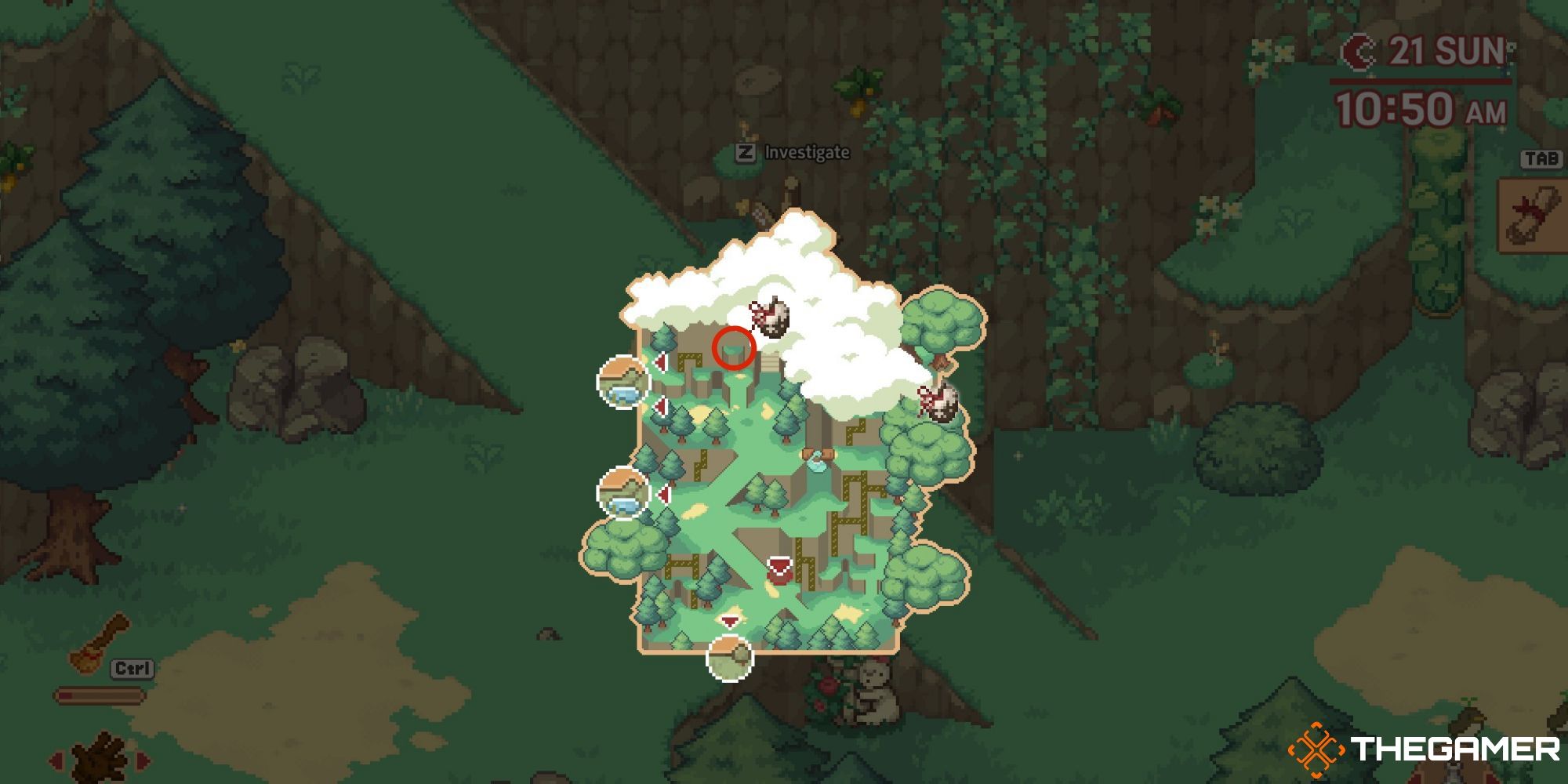 Climb up the ramp and cross both the plant platforms to gain access to the wall vines. Use your second Nutrition Potion to restore the dead wall vines and climb them heading to the northeastern platform to pick the Ritoring’s Gift. 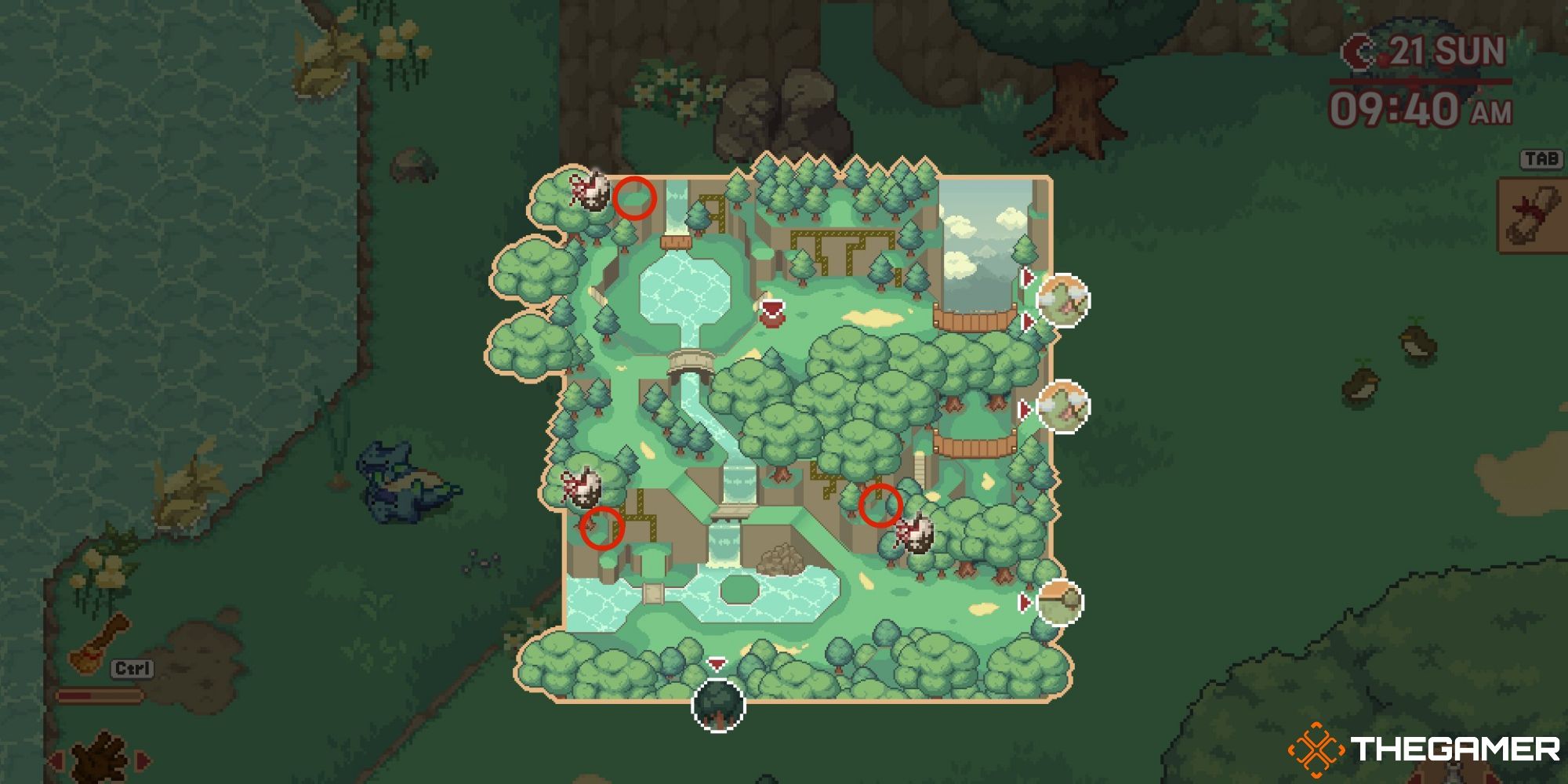 Create a Nutrition Potion and head to the Green Forest Waterfall from the northernmost entrance in the Green Forest Plateau. Head west over the rounded brick bridge. After you’ve crossed the bridge, head north to a set of stairs and walk down them.

Head north to the dilapidated wooden bridge. Just left of the wooden bridge, there are some wall vines that you will need to climb. Revive them with your Nutrition potion and climb them to reach the top of the platform and the gift.

Make your way to the Green Forest Waterfall from the northernmost entrance in the Green Forest Plateau. Walk west until you reach the signpost then head slightly southwest. There will be a hidden pathway that opens up to a campsite.

Head past the tent and south to the pathway. Climb down the vines heading southwest. Some vines will be hidden behind a large tree, but keep climbing down them southwest until you reach a platform to the right of the large tree. Pick the Ritoring’s Gift on the southwestern part of the platform.

Climb partway down the vines heading south, then start climbing to the west. Some vines are obscured by a tree but keep climbing southwest to the platform. The gift is between the mushrooms and the small bushel of flowers. 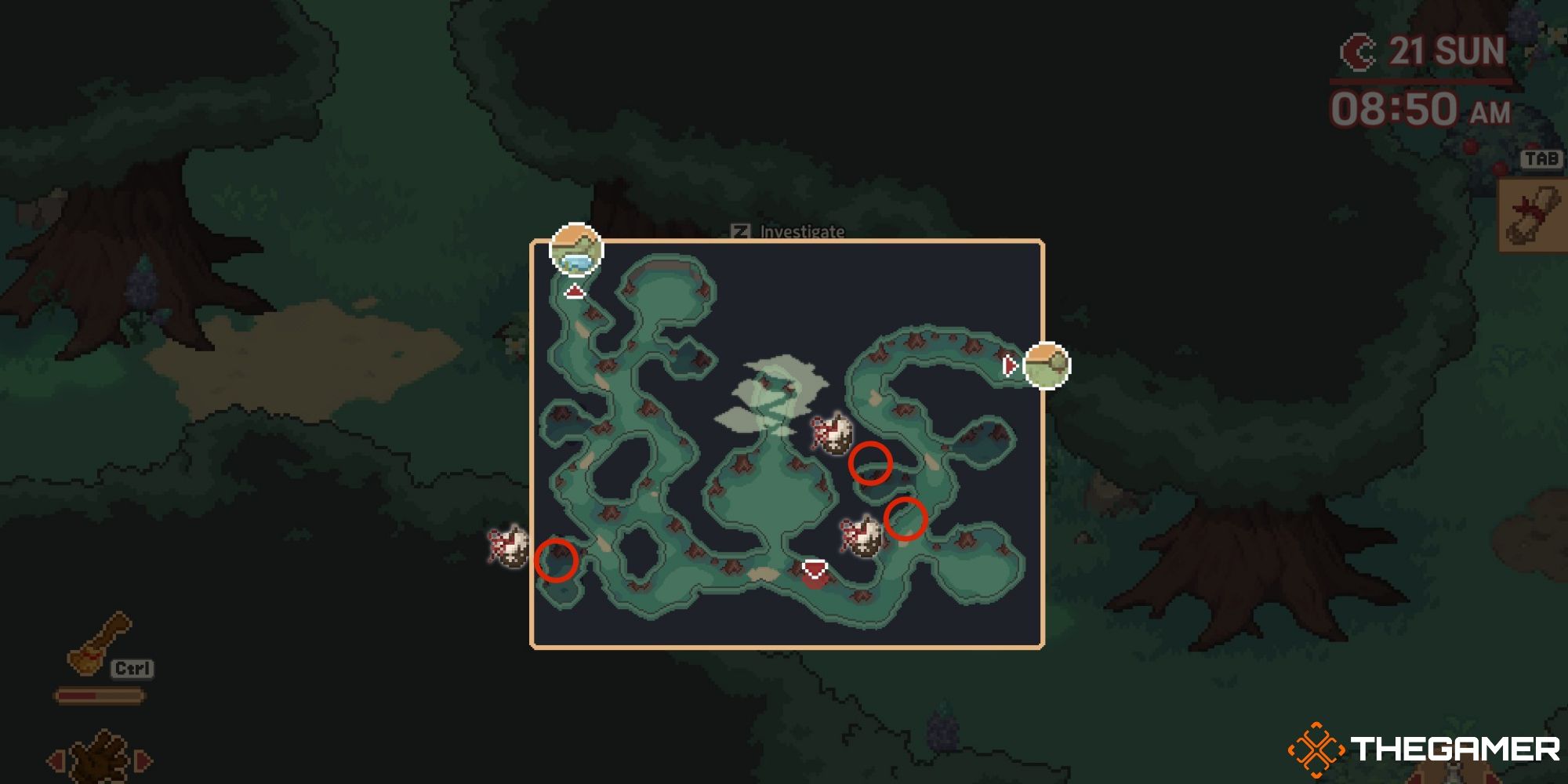 You can pick at least one Mandrake a day without passing out, or you can craft yourself an Earmuff Potion to combat its faint-inducing cry. After you remove the Mandrake, pick the Ritoring’s Gift it was blocking.

You will want to walk until the bottom Cranapple on the Cranapple bush in the south is just visible. Slightly behind the small bushel of white flowers, you can spy the outline of the Ritoring’s Gift on the ground.