Lora DiCarlo got a lot of attention at CES 2019 after the Consumer Technology Association, which puts on CES, banned the company’s first female-oriented sex toy, Osé, from the show. In May, the CTA relented and updated its policy to make CES more “welcoming and inclusive.”

During its banishment, Lora DiCarlo’s team, with mostly female engineers, stayed busy. The company started presales for its $290 Osé (getting more than $1 million in presales within hours of its announcement in December and $3 million in the last five weeks of 2019), and now it is introducing two new “bio-mimetic pleasure devices.”

Lora Haddock DiCarlo, the company’s CEO and founder, said in a statement that the controversy helped it become a change agent, sparking a “critical public conversation about gender equity and creating a safer and more inclusive environment for all CES attendees.” She said that people are now realizing that sexual wellness is an important part of overall well-being and “It’s about how tech-enhanced experiences can lead to a greater sense of wellness, including improved sleep, reduced stress, and better mood.”

The Baci and Onda look very different and are geared towards achieving different kinds of orgasms. 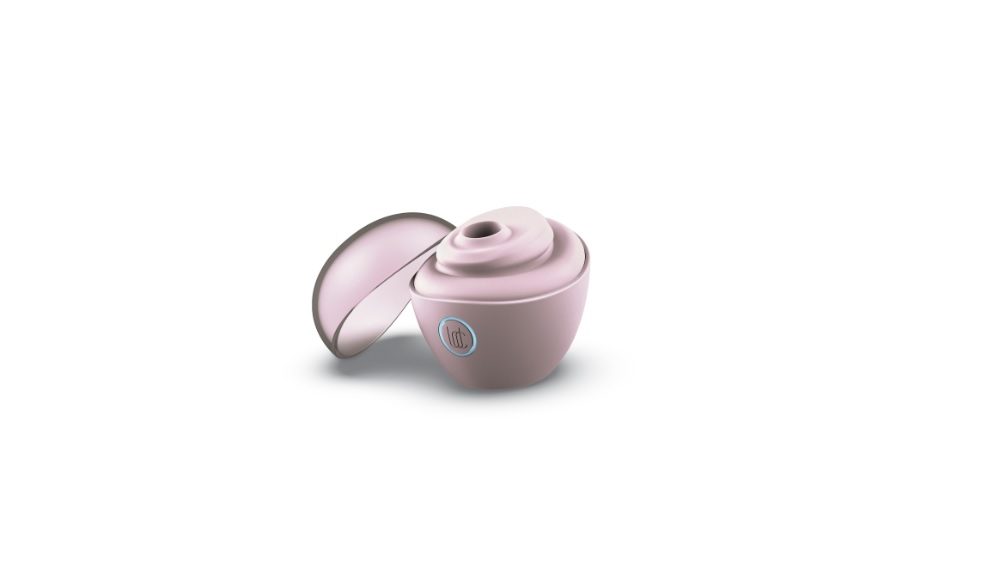 Above: The Osé Baci sex toy delivers the sensation of a human tongue.

Baci is an intuitive microrobotic pleasure device that simulates the feel and motion of the human lips and tongue, creating gradual clitoral pleasure that helps lead to an orgasm.

Onda is a handheld, microrobotic pleasure device to replicate the natural “come hither” motion of human fingers to deliver an elusive G-spot orgasm.

Both Baci and Onda, along with Osé, are intended to help people explore their sexuality and discover the relationship between sexual wellness and overall wellness.

Osé is Lora DiCarlo’s patent-pending microrobotic, hands-free sex toy designed to mimic human touch. Created in partnership with Oregon State University’s College of Engineering, there are approximately 250 parts in Osé, which is higher than the number of bones in the adult human skeleton.

That shows it is very complex and has a lot of technology, the company said. It has a flexible body and custom controls that allows people, for either solo or partner exploration, to simultaneously stimulate the G-spot and the clitoris to create a blended orgasm.

Lora DiCarlo and its family of products will be at Sands Expo, Halls A-D, Booth #43943. Baci and Onda will debut in March.