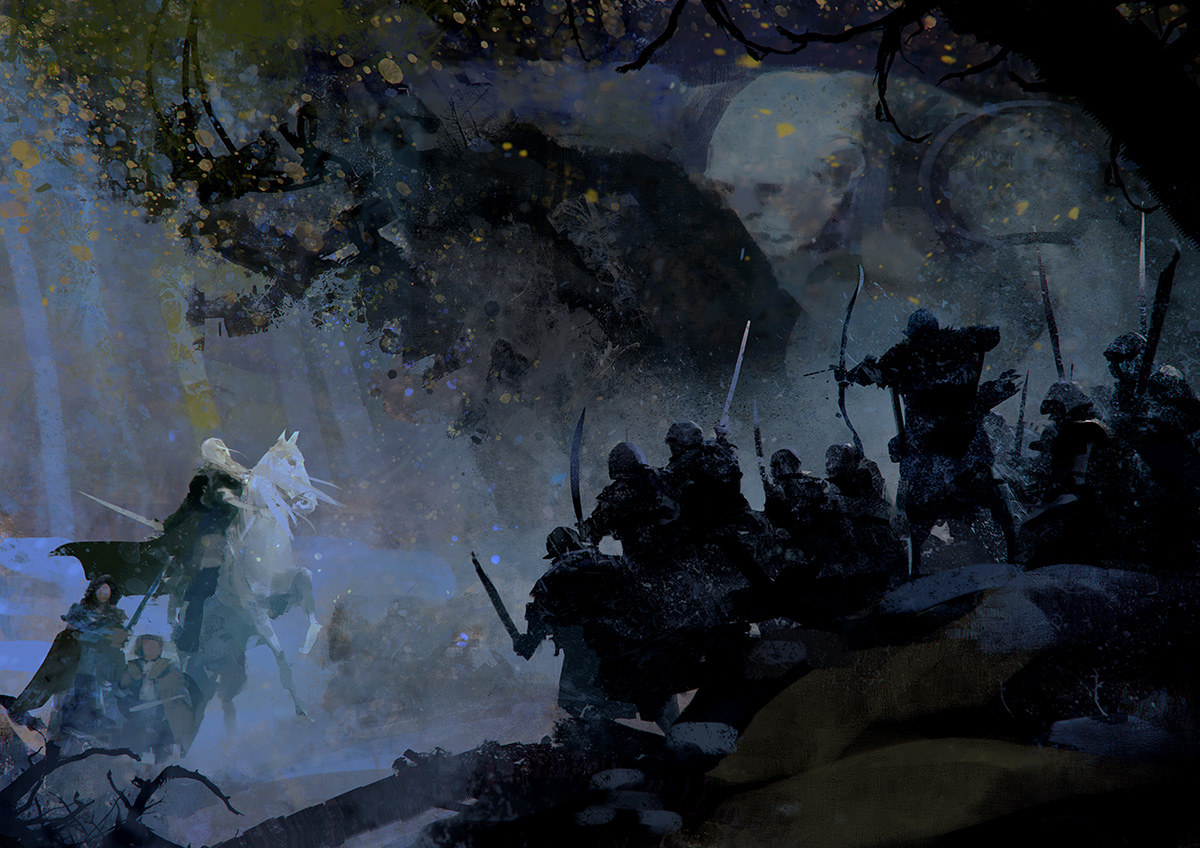 GameCentral recommends some of the best Lord Of The Rings tabletop games, from miniatures battles and card games to full RPGs.

It’s an all-out war of the ratings at the moment between Game Of Thrones: House Of The Dragon and The Lord Of The Rings: The Rings Of Power. Fantasy fans have never had it so good, especially as that means plenty of tie-in media for both, including tabletop games.

J. R. R. Tolkien’s books, The Hobbit and The Lord Of The Rings, have inspired many compelling tabletop games over the years, where you can take control of the battle against the forces of Mordor or help a hobbit hunt for the ring – and on a tabletop you don’t need a £500 million budget or a lifelong academic study of The Silmarillion to enjoy yourself.

Those of a certain age will have memories of rolling a hobbit in the Middle-earth Role-Playing Game, when the closest Lord Of The Rings got to penetrating popular culture was the 1978 animated movie. MERP, as its fondly known by fans, lost its licence in 1999, but has recently been revamped by Free League Publishing as The One Ring.

Now the full variety of Lord Of The Rings tabletop games means that whether you’re looking for co-operation or combat there’s a tabletop retelling of this high fantasy epic to suit every player.

Released to coincide with Peter Jackson’s The Fellowship Of The Ring movie, Games Workshop rode the wave of interest in playing Lord Of The Rings miniatures games as the subsequent films were released. After a dip in interest following the release of the last instalment of the Hobbit, Middle-earth Strategy Battle Game has been biding its time, but this miniature heavy, two-player skirmish game is now going from strength to strength, with a raft of new releases planned with new armies and bigger battle scenarios.

Earlier this year, Defence Of The North encouraged players to take part in conflicts happening across Erebor, Mirkwood, and Lothlorien, as Sauron attempts to break the free peoples of Middle-earth. To coincide with the first few episodes of Rings Of Power, four new battle boxes, including the Isengard and Mordor battlehosts, have been announced, full to the brim with stunning miniatures and due for release on September 17.

Whether you’ve been a faithful player for the last 20 years, and are looking to start a new army inspired by Rings Of Power, or you’re brand new to the game these boxes are perfect, as you can pick an army from either side of the epic conflict. And if you still don’t see anything that appeals, there’s big box Battle Of Ogsiliath, which has you stalking orcs in crumbling ruins and has a pre-order window that lasts until September 26. Look out Christmas budget!

The Lord Of The Rings: Journeys In Middle-earth

Now with more expansions than Amazon Prime Video could ever possibly get to grips with, this is a cooperative adventure game that sees one to five players take part in the epic journey that the fellowship made through Middle-earth as the shadow of Sauron descends. The miniatures are excellent for this game, with orcs and goblins looking like they could be straight out of the films.

You can play traditional characters from the books and films but there’s also scope for original characters, which you level up by strengthening their decks and acquiring and upgrading items. The tile system, which is reminiscent of Catan, creates your play board but like many modern games additional content is controlled by an app, which adds to the atmosphere and allows you to focus on the story at hand.

Journeys In Middle-Earth is a great role-playing board game experience, with its own unique approach to the source material. Due for release this year are two new expansions: the Poison Promise downloadable campaign and the Scourges Of The Wastes figure pack, which will be the game’s final addition.

A beautiful book full of atmospheric, wistful water colour illustrations, The One Ring is set in the 80 years between The Hobbit and The Lord Of The Rings. Your campaign takes place in Eriador and you’ll need a player to act as Dungeon Master (Loremaster) to run the game. Each of the other payers rolls a hero character from Middle-earth, such as the dwarves of Durin’s Folk, Elves of Lindon, Hobbits of the Shire, Men of Bree, and Rangers of the North. Each is giving a ‘calling’, which works like classes in other role-playing games, with choices such as scholar, champion, treasure hunter, and warden.

Combat is handled differently from most role-playing games and takes place in two phases. The first is the use of ranged weapons, then the close quarter and melee rounds. This keeps players on their toes and reduces downtime.

There is more than enough strategy and role-playing built into character creation and campaigning to make this feel like more than just a refreshed version of MERP and instead something quite new and exciting. It’s so close to J. R. R. Tolkien’s books you’ll really feel you were exploring Middle-earth with your party.

Exit: The Game The Lord Of The Rings – Shadows Over Middle-earth

As the nights draw in, the popular Exit escape room-in-a-box games are an impressively atmospheric way to entertain yourself and friends. The Lord Of The Rings licence has been treated with the respect it deserves and there’s a fittingly serious tone as you play as unnamed Hobbits who have been sent out by Gandalf to help Frodo save Middle-earth.

This story sits alongside the main plot from the films and there’s a deep narrative to explore for such a small box. You’ll probably have seen some of these puzzles in some form before but using them to wield magic to defeat Nazgûl and orcs is great fun.

This is a small box which contains a book of rules, a large deck of cards, and a few assorted tokens that are specific to this version of the Exit game. Don’t worry if you get stuck, as there are a couple of hints you can reveal for each puzzle, to get the game moving again.

The Lord Of The Rings: The Card Game

First released around 10 years ago, this veteran of The Lord Of The Rings IP has just received a core set revamp. This co-operative card adventure game is simple, elegant, and similar to Magic: The Gathering in a lot of ways. The base game contains three scenarios, 12 famous characters from the works of J. R. R. Tolkien (including Aragorn, Legolas, Gimli, Denethor, and Eowyn), and four pre-constructed player decks.

To complete a scenario, you have to use up to three heroes of your choice and a deck of allies, events, and attachments to support them. It’s important to decide on whether to progress the scenario or fight, as your enemies will be gathering strength while you’re singing round the campfire and having a second breakfast. There’s plenty of new adventure packs scheduled, such as the Dwarves of Durin, which contain new scenarios, new heroes, and new player cards to keep the battle for Middle-earth unpredictable.

War Of The Ring

Strategy and politicking rule in War Of The Ring: a more tactical board game not dissimilar to Risk. War Of The Ring sees you take part in the epic battles between good and evil, as well as strategising to support the perilous quest of the fellowship as they try to avoid the Nazgûl on their way to destroy the Ring of Power in Mount Doom.

You’ll spend most of your turn deciding on how to allocate the dice rolled and what areas will need more units to take over enemy territory. Critical to victory is recruitment and movement of armies, along with the conquest of the legendary fortresses and cities familiar from the books, which has a huge impact on battles and the safety of the fellowship.