One of the keys to great items in Lost Ark is completing Adventurer’s Tomes. Every continent has a tome and each of them needs you to find and defeat 15 monsters. They’re always easily identifiable by a golden symbol that hovers above them. But they’re not always easy to find.

Anikka’s Adventure Tome creatures are split evenly across its five dangerous areas, with three in each. You won’t need to explore any of its four dungeons to find these creatures. But you will have to travel far and wide. So, if you’re struggling to find any of them, follow our guide below. But do be aware you might also find these monsters elsewhere, as they rarely spawn in just one spot. 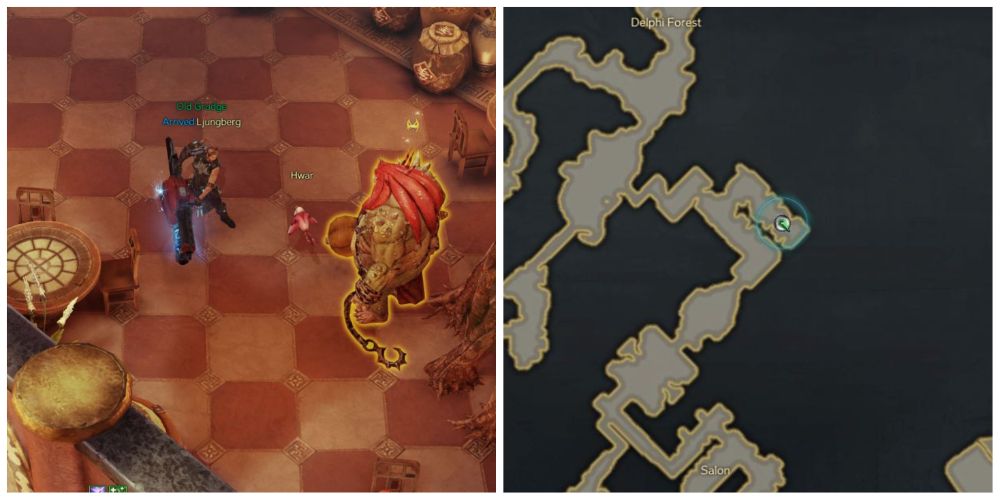 Enter Delphi Township from the Prisma Valley portal and head south through Delphi Forest. Take the first path east you come to, which takes you up some stairs and into the northern part of the Salon. As you enter, take the left door into a dead-end passageway.

At the end, you’ll come across a Giant Ollac. This a tough area, with lots of fast spawning mini-bosses – including the Giant Ollacs themselves. So be prepared for a tough battle through the Salon. 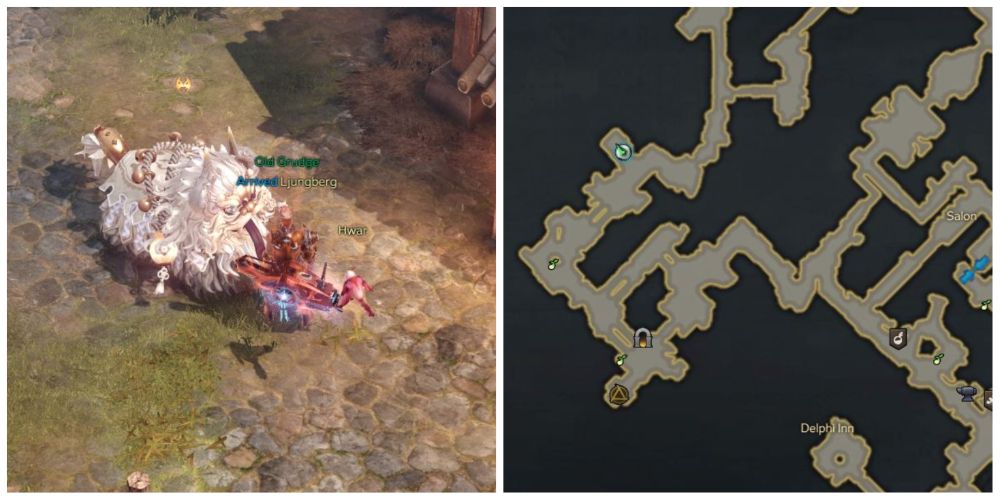 From the Moonmist Manor Triport, follow the path northwest (past the Ruffian Boss) to the end and follow it right. Keep to the left as you move forward northeast. You’ll see a short path heading between two houses. And at the end of this path, you’ll find a Giant White Lion in the courtyard. 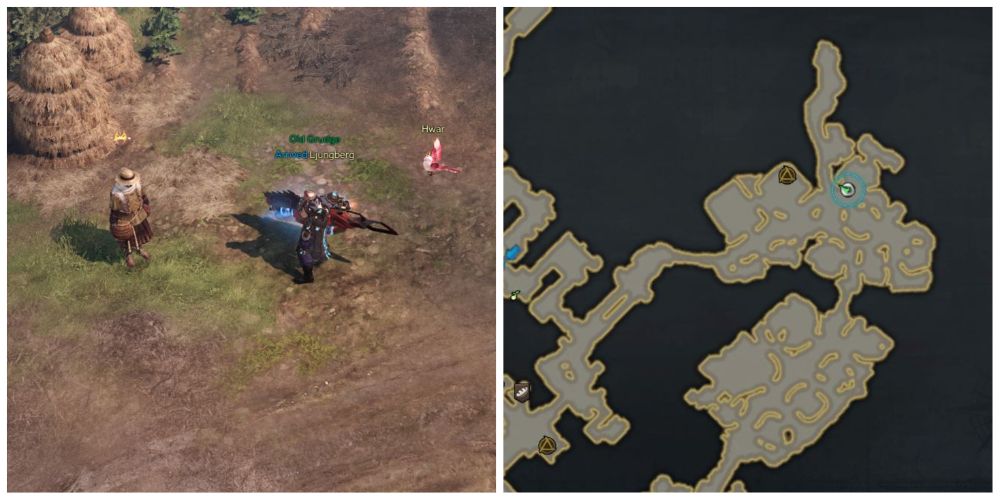 Head west from the Delphi Township Farmland portal and ignore the dead-end path going north. Just past that you’ll see a couple of hay bales next to a wall. The Lazy Crop Thief spawns just by these bales. And he really is lazy – he won’t even attack you.

While you’re here, be sure to visit the building just a few steps north of the thief. If you head up the wooden steps and explore the area to the left, you’ll also find the ‘World In My Eyes’ hidden story location for your tome. 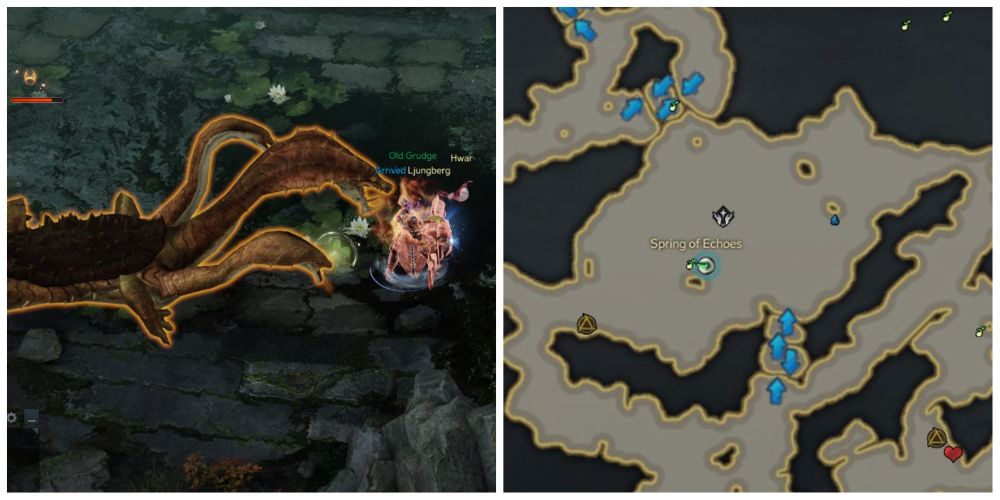 This is a mini-boss monster with 15,000 health that packs quite a punch. It also spawns next to Chaotic Chun, Anikka’s tough raid boss. But he only spawns once per day, so is relatively easy to avoid.

To find the Earthbound Hydra, simply port to Spring of Echoes in Melody Forest. Head north-northeast towards Chun’s spawn point, which is on the map. If you’ve collected the mokoko seed from here, that’s almost exactly where you’ll find the monster – between the triport and the spawn point. 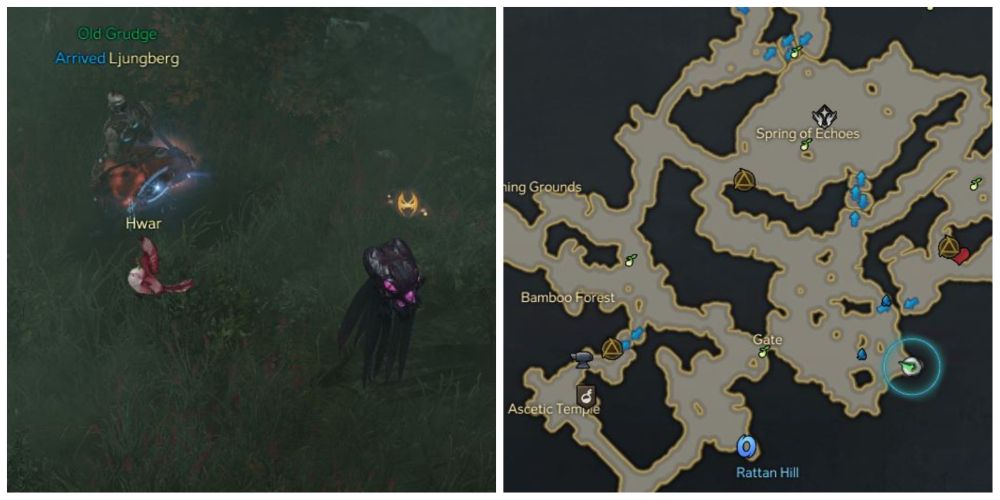 Make your way to the guard point at the 'Gate' in Melody Forest, either by going north after arriving at the Rattan Hill portal, or east from the Ascetic Temple Triport. Head east through the gate and right across the area to the far edge, going mainly east but a little south.

There’s a small nook along the eastern edge of this large area, where a Twisted Nightmare Eyes spawns. 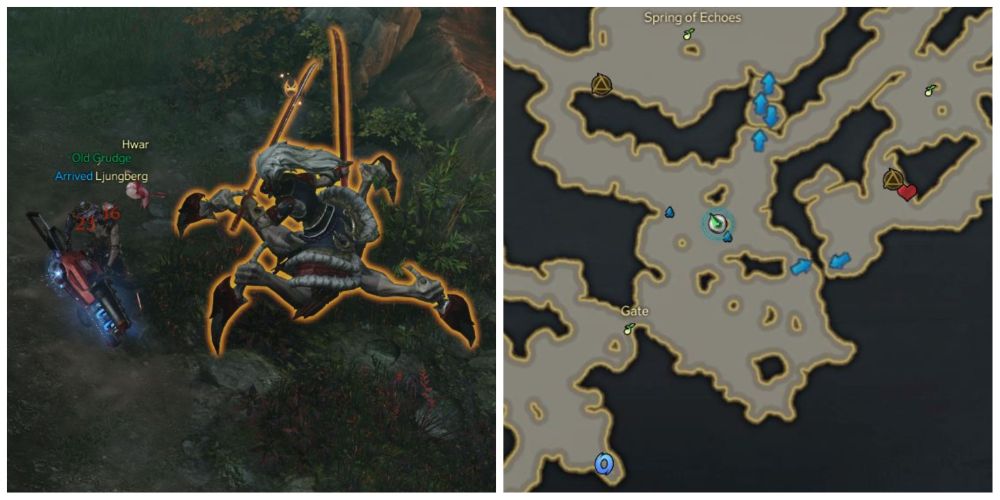 Portal to Spring of Echoes in Melody Forest. Take the south path just west of the portal and follow it as it turns east. If you stick to the south-side of the path, keep going directly east as the path widens out. You should hit a small pool of bubbling lava – next to which an Unliving Soldier will regularly appear, along with several of his friends. 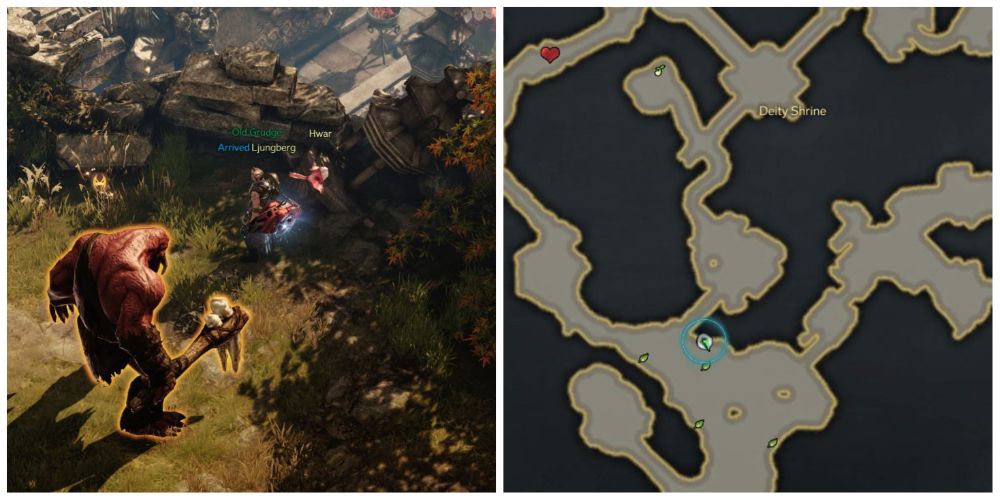 Starting at the Bamboo Temple Triport, head across the wooden bridge southeast, through the small area there, and continue east. As you enter the next area, there’s a northern pathway towards Deity Shrine. Just to the right side of this path, you’ll come across a Giant Fire Dokkaebi.

Before you head to this one, be aware that these Dokkaebis are mini-bosses. They usually have company, and while slow they can really pack a punch. 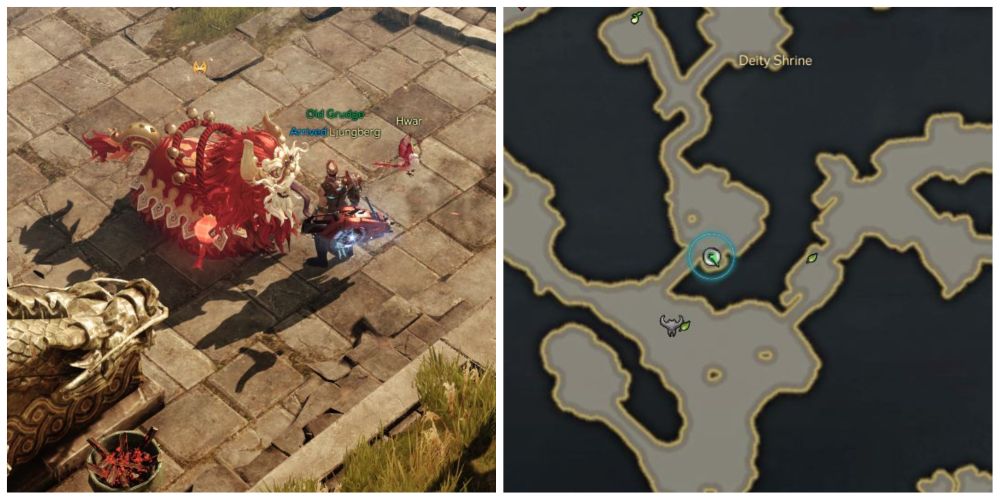 Take the southeast path down the steps from the Beacon Point Triport in Prisma Valley. Go through Deity Shrine and keep following the path up the winding steps south. You’ll arrive in an ornate square, with NPC Sia standing in its centre.

There’s only one other path out, on the southwest corner. A Giant Red Lion spawns just to the right of the start of this path, by the statue. 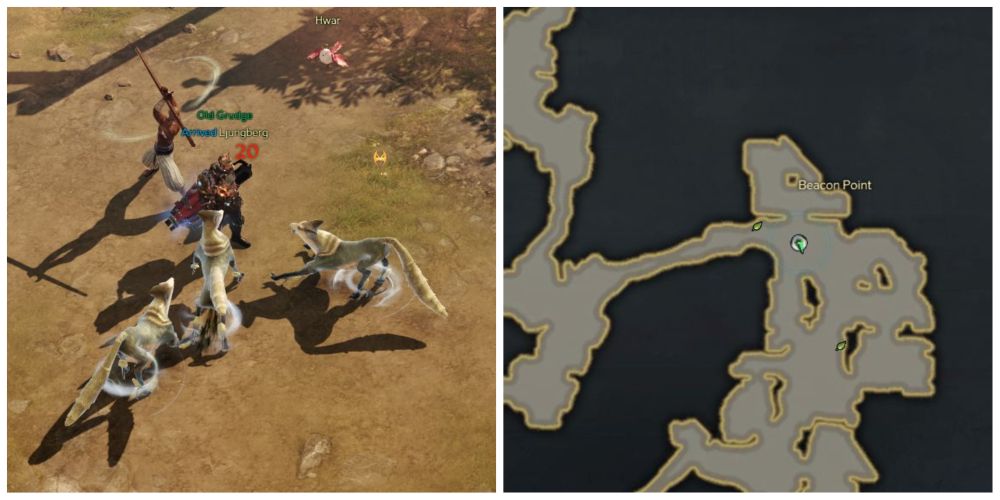 Head up the steps east from the Beacon Point Triport in Prisma Valley, towards the Twilight Mists portal. In the area where that portal is, head south up some more steps and then east across a wooden bridge towards Beacon Point. As you enter the Beacon Point area, with the entrance to it to the north, a Lead Wind Fox spawns just outside the gates. 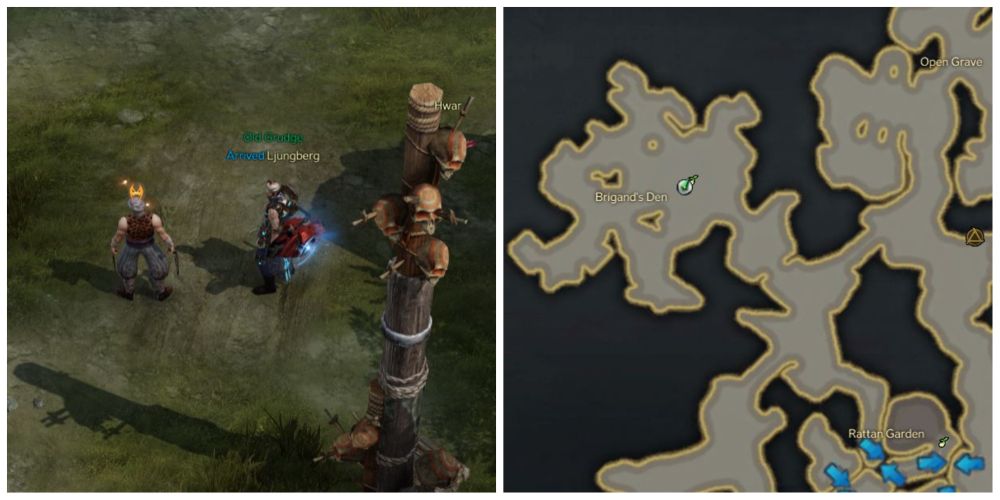 Move to the Open Grave Triport in Rattan Hill. Go west, across the small wooden bridge, then north. This will take you into the Brigand’s Den. Move into its main area and keep to the right side.

You should face a Brigand Veteran shortly after passing between the two wooden guard towers. If you get to the stabled hoses, you’ve gone too far. 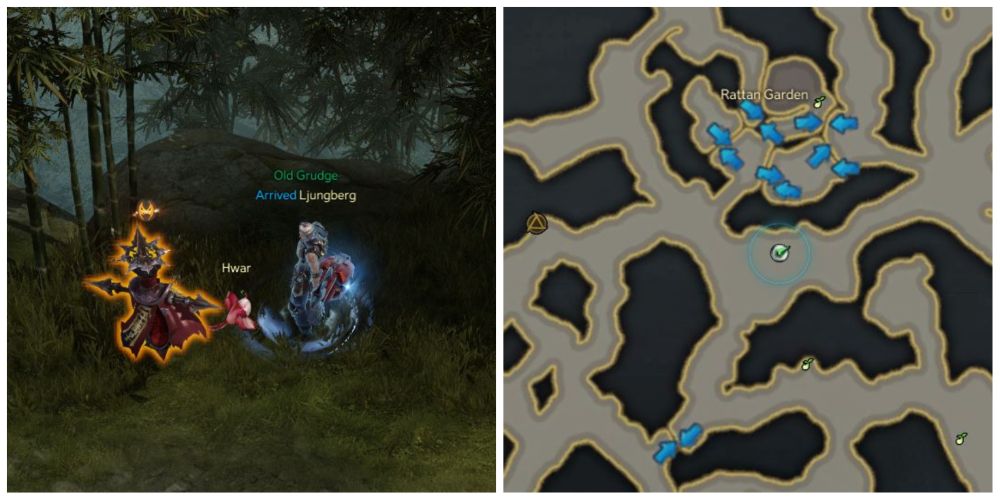 From the Yeon Family Training Grounds Triport, head north then climb the vines on the right of the path just as it starts to turn northwest. At the top, head north towards Rattan Garden. As the path opens up into a small grassy area, you’ll find a Strange Wooden Marionette against its northern edge. 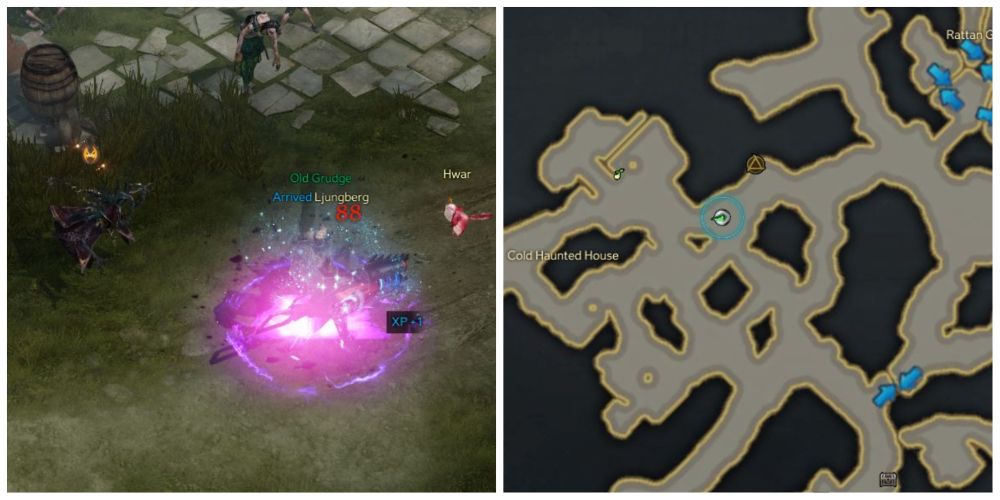 After arriving at the Cold Haunted House Triport in Rattan Hill, head west. You’ll immediately arrive at two abandoned houses, one either side of the path, defended by Cold Corpses. The house north of the path is also defended by the Twisted Sorcerer’s Ghost you’re looking for. 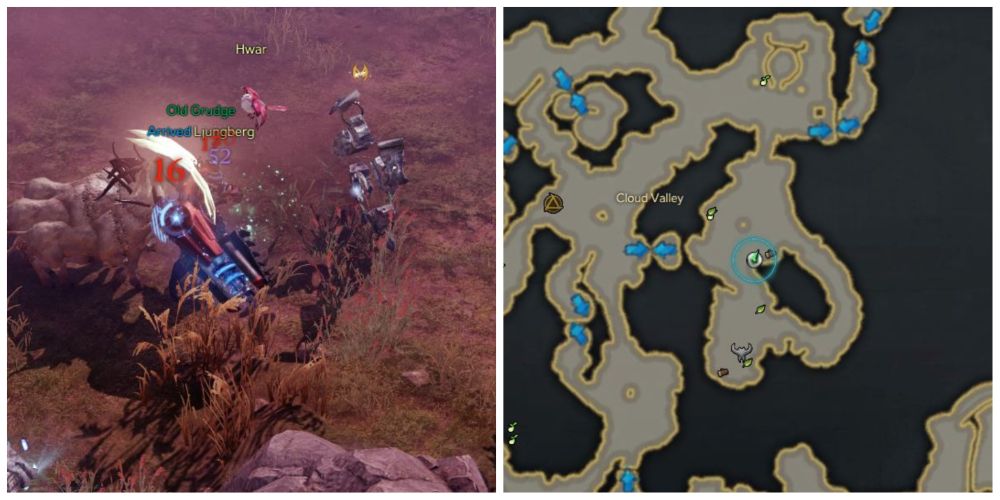 Make your way to the Cloud Valley Triport in Twilight Mists. Head east, into the area with the large round wooden platform, and leave it down the stairs to the south. Be careful, as this is where boss monster Chao spawns. South of his spawn spot, you’ll find a Rugged Tombstone.

If Chao is up, and you don’t want to fight him, run past him south until he stops following you. You should be able to pull the Tombstone from there without attracting Chao’s attention. Alternatively, head a little further south into the area below where another Rugged Tombstone can often be found. 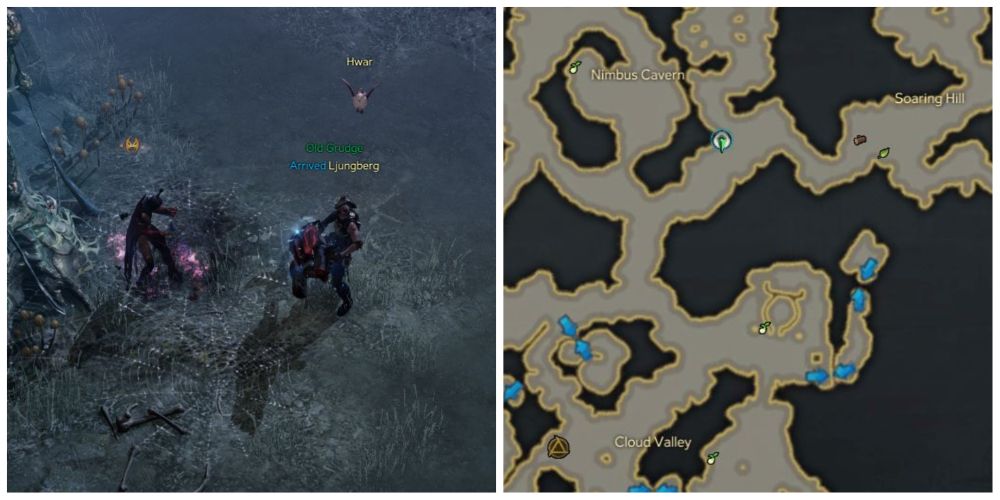 There are several Red Robed Shaman south of the Nimbus Cavern Triport in Twilight Mists. One often spawns just south of the triport, while another always appears at the end of the pathway just to the south.

Be careful when you port into here, as it is one of those rare triports where you’re in range of several spawn points – so can be attacked just standing on the port itself. 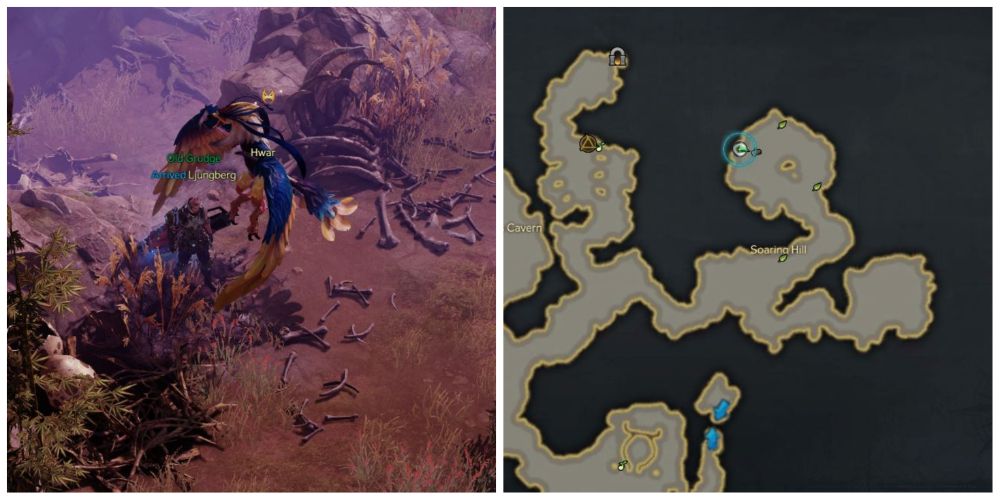 Make your way south from Twilight Mists’ Nimbus Cavern Triport, turning east towards Soaring Hill. At the junction, head into the northern section of the hill. On its western side, you’ll find the Hardshelled Flying Bird you need.