Eidos Montreal says that Lucasfilm "loved the inclusion" of Chewbacca in Guardians of the Galaxy.

For anyone who's played Guardians of the Galaxy (if you haven't, go fix that), you'll know that there are tons of references and easter eggs throughout Peter's journey, ranging from winks to other games like Pac-Man, to other heroes like Throg and Dazzler. One of the most interesting easter eggs is Peter's Chewbacca toy, which actually ends up having some story importance.

Square Enix has shared a blog post detailing seven of the game's biggest easter eggs and how they came to be, including the Chewbacca toy. Creative director Jean-Francois Dugas was asked about the inclusion and revealed that it took some time, but that Lucasfilm ended up loving the inclusion. 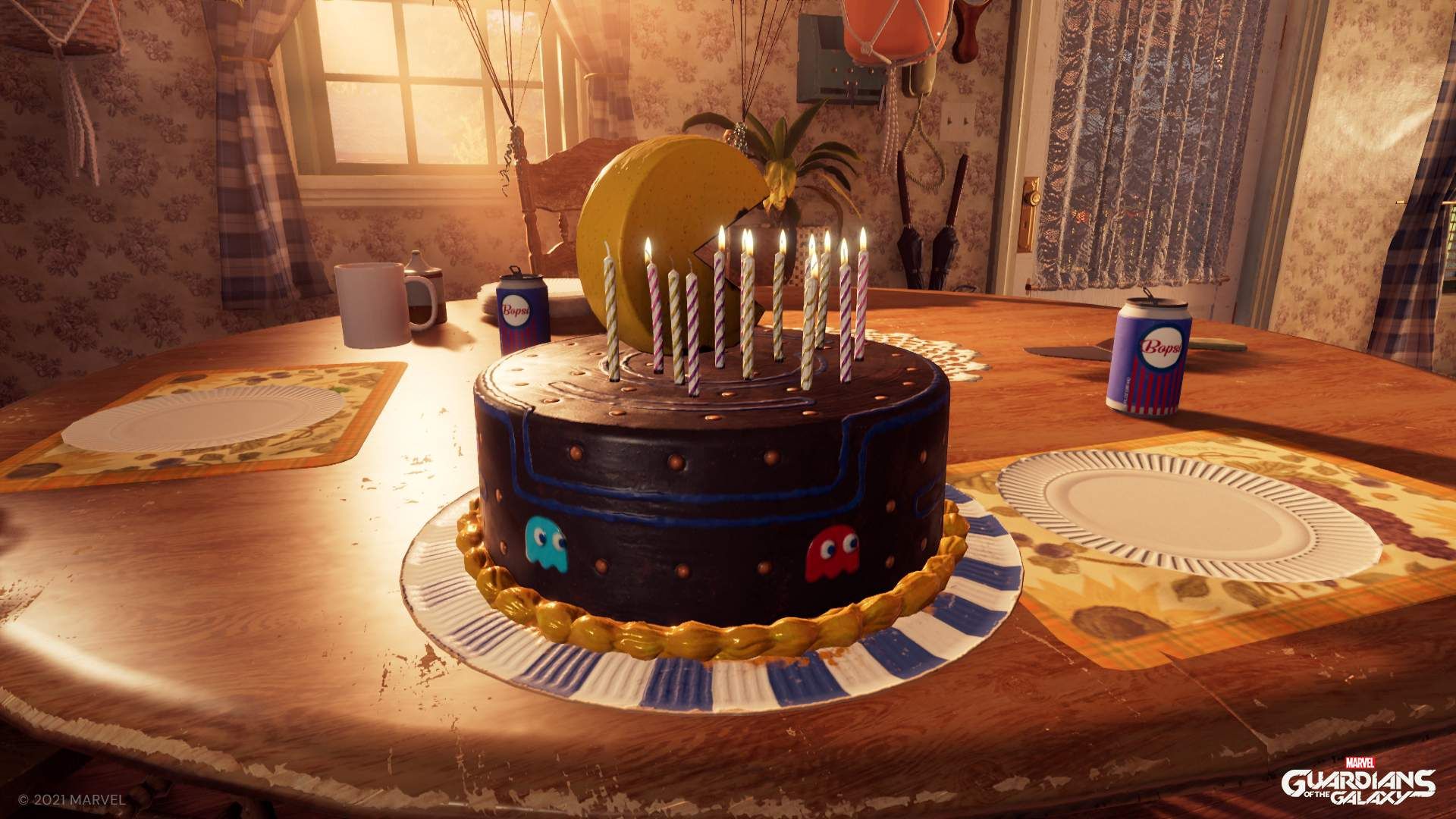 Dugas said, "As a child of the 1980s, we wanted to make sure Peter’s room was representative of that era and related to the themes of the game. The idea of adding the Chewbacca figure actually came from me. Even though he originated in the 1970s, his action figure works as a symbol of Peter’s era. No matter where you are in the world, and whether you’re seven or 70, everybody knows Chewbacca. So right from the start you have a point of reference that you don’t have to explain."

After explaining that Chewbacca was also chosen to represent the family element of Guardians and his own childhood, Dugas mentioned Lucasfilm's response, "It took a while for Lucasfilm to say yes us to using it as we had to share all the ways Chewbacca would be used, but they loved the inclusion and it was smooth sailing after all executions were shared. When we got the green light I was cheering in the studio".

Another big easter egg in the game comes from Pac-Man's appearance on Peter's birthday cake. Art director Bruno Gaulthier-Leblanc said, "Namco was on-board with the idea of using Pac-Man because it was very respectful of the character and their brand. In fact, most companies are open to collaboration if you’re using their characters respectfully and in a creative way."