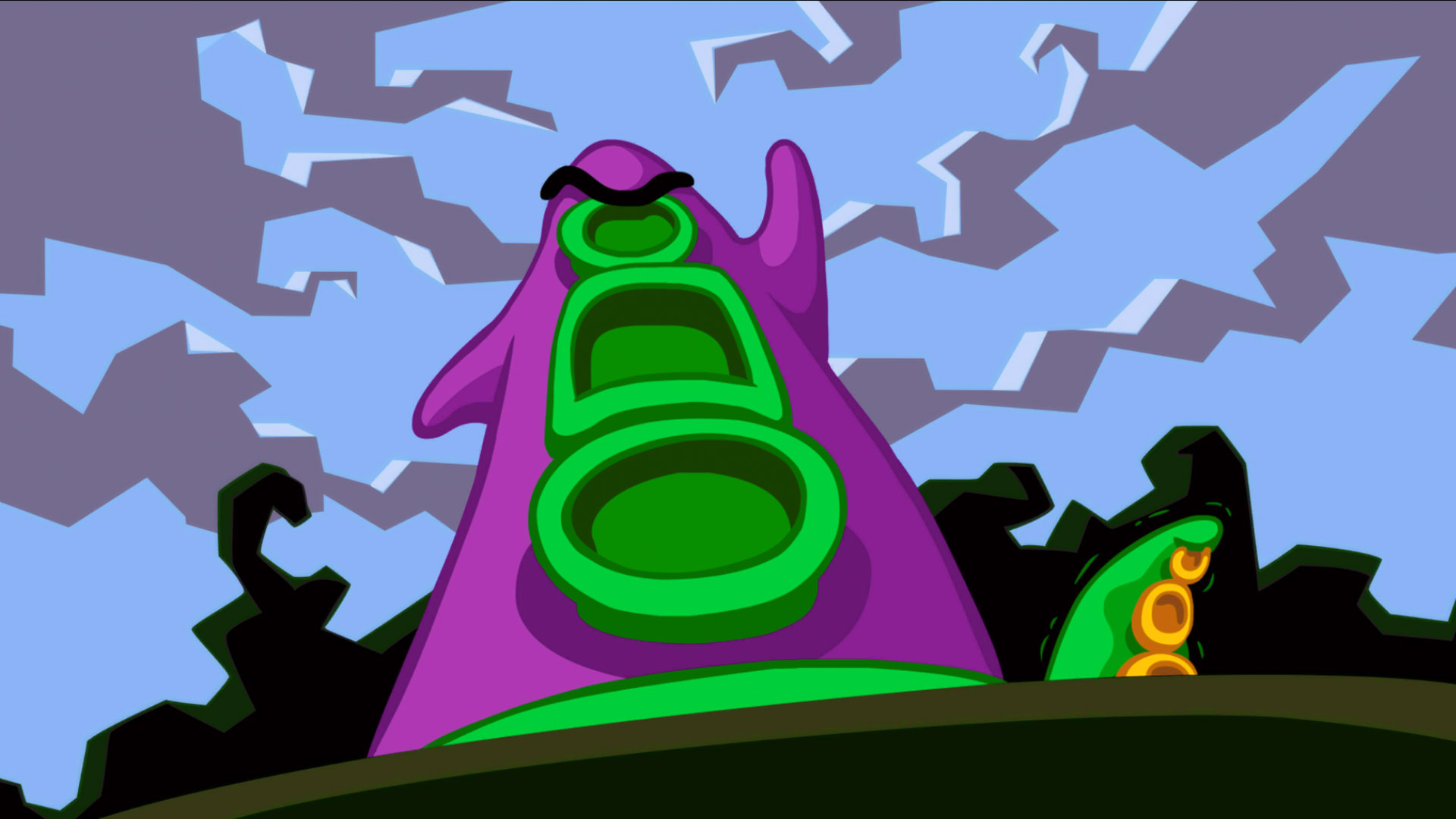 It looks like the Day of the Tentacle could come again, as Monkey Island’s exec producer teases a sequel to the very first Lucasfilm adventure.

It would’ve been easy to imagine that the return of Lucasfilm Games would’ve merely meant a new wave of Star Wars tie-ins, but that’s not how it’s been at all. Not only have they commissioned Return To Monkey Island and a new Indiana Jones game but they’ve even brought back more obscure titles like Zombies Ate My Neighbors.

Long before they ever started making Star Wars games, the publisher was well known for several classic titles that had nothing to do with the sci-fi franchise. In the 8-bit era they experimented with all sorts of different genres, before 1987’s Maniac Mansion (and to a lesser degree 1986’s Labyrinth) established their aptitude for point ‘n’ click graphic adventures.

They invented the modern form of the genre, quickly overtaking Sierra’s old-fashioned text-based hybrids, and churning out classics including not just the Monkey Island games but also the likes of Loom, Sam & Max Hit The Road, Full Throttle, and two Indiana Jones titles.

Maniac Mansion got a sequel called Day Of The Tentacle in 1993 (which also contains a game-within-a-game version of the original) that is still considered one of their very best, and now it seems there might be a third game.

Lucasfilm Games executive producer Craig Derrick, who has been trying to get Return To Monkey Island made for years, wrote an impassioned thank you to fans and critics for the positive response to the new game.

It’s all endearingly emotional but the Twitter thread ends with the following (not very) subtle hint at a new game: ‘I’ll be standing by when it’s time to go BACK TO THE MANSION!’

As obvious as it is, as to what he’s getting at, this hopefully means that the commerical response to Return To Monkey Island has also been positive, allowing Lucasfilm to delve ever deeper into their back catalogue.