Mass Effect 2 is arguably the best installment in one of the most popular video game series ever made. That doesn't mean the sequel doesn't get pretty tedious at times, such as when you're scanning planets for minerals and resources. If that remains the one downfall of Mass Effect 2 for you, there's now a mod that allows you to stock up on iridium and other valuable resources another way.

By playing the stock market. The mod is called the Nos Astra Mineral Exchange, and it allows players to trade what they already have for something else they might need. The prices of platinum, palladium, and element zero fluctuate after each mission, and also hinge on whether there is an abundance of one of the minerals available or if it is in short supply.

Team Pyjak and beccatoria have created the mod (thanks, PC Gamer) and it is available to download and apply now through Nexus Mods. Note that the mod has been created for Mass Effect's Legendary Edition as opposed to the original version of the sequel. The stock market can't be accessed from just anywhere either. You'll need to head to Nos Astra, as the mod's name implies, on Ilium. 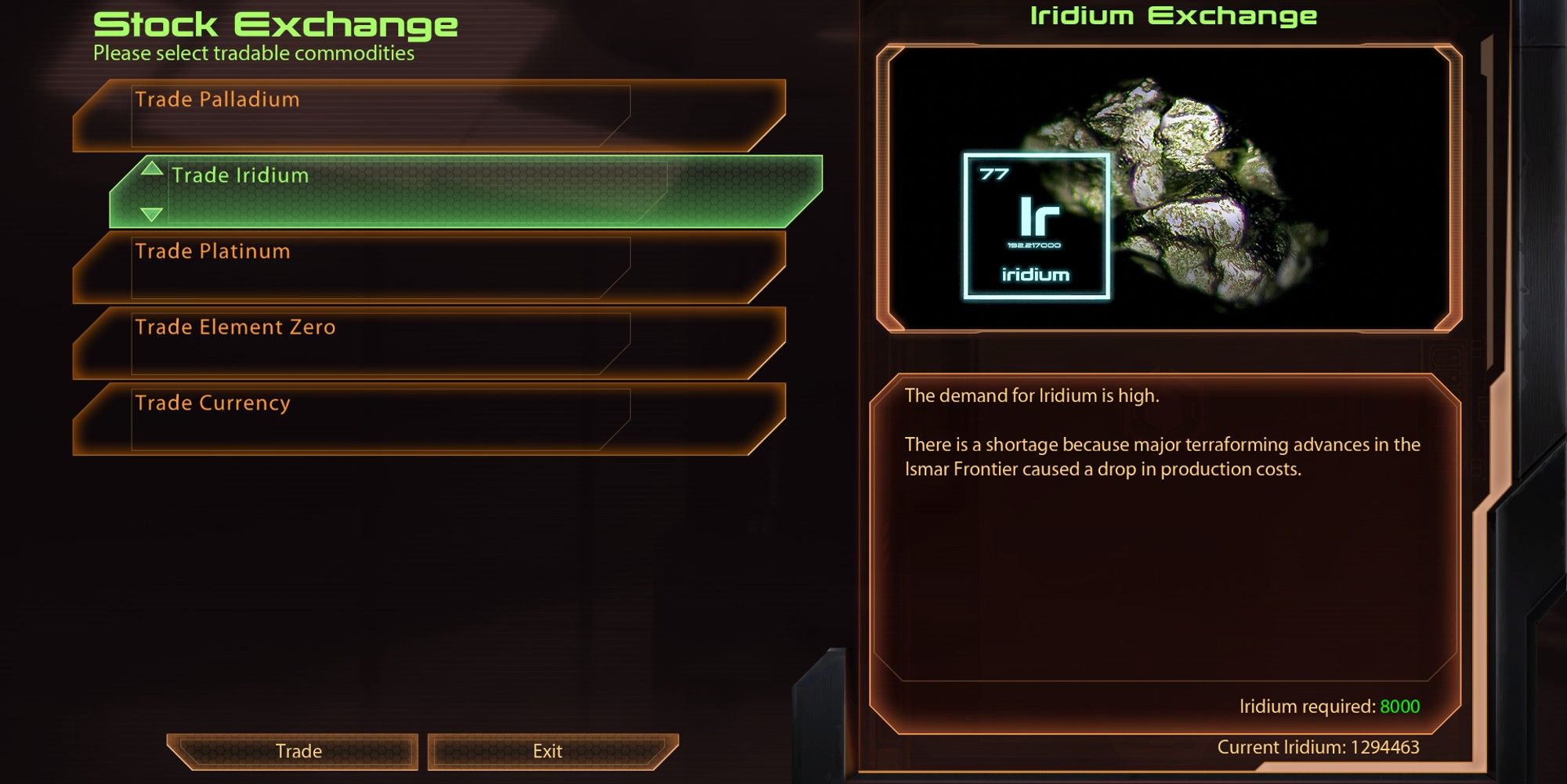 Once you're on Ilium, head to the Crescent Nebula and if the mod has been applied, there will be terminals you can use to trade minerals. You'll also find a terminal on the Shadow Broker's ship, and the mod even adds new missions complete with new dialogue provided by an AI and modder Gaige Baker. The only catch is the mod can't be applied at the same time as the New Dresses For Females one. Female characters in dresses or a stock market on which you can trade minerals. You have to choose.

Since BioWare is busy working on Dragon Age: Dreadwolf, the wait for a new Mass Effect game is still a long one, even though the studio has promised it's happening. Mods are the only additional content players are going to get for a while. On top of the stock exchange one detailed above, another modder has added the ability to romance Joker in Mass Effect 3.