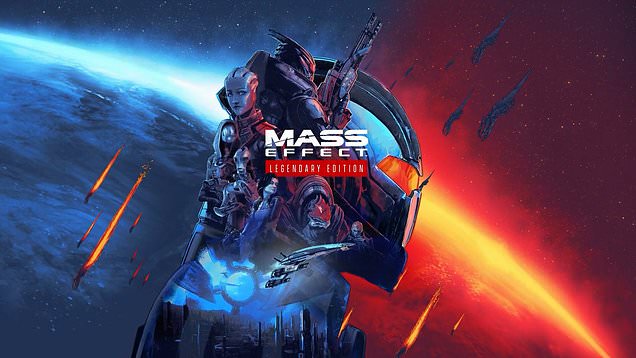 BioWare’s Mac Walters says that when Hollywood adapts the Mass Effect games, TV would be a much better fit than movies.

With Mass Effect Legendary Edition bringing new life to BioWare’s sci-fi epic series, and a brand new project currently in development, there’s been renewed talk of adapting the series for film and television.

The Legendary Edition’s project director Mac Walters recently spoke with Insider about the possibility. According to him, it’s a matter of when, not if such an adaptation happens. But when it does, he believes a TV series would be a better fit.

‘If you’re going to tell a story that’s as fleshed out as Mass Effect, TV is the way to do it. There’s a natural way it fits well with episodic content.

‘When we build out a Mass Effect game, we have a backbone, or an overall story that we want to tell, but each level or mission is like its own TV episode,’ he adds.

‘It doesn’t get written ahead of time. It gets written at the time that we get to it. So it gets added to the main story and sometimes the main story gets adjusted because we did something really cool in that ‘episode.’ So long-form storytelling is a great place for game franchises.’

Given the scope and scale of even a single game, it’s understandable why Walters would prefer a Mass Effect TV series, since a movie would have to condense much of the plot and characterisation. Plus, he has experience with trying to adapt it for the silver screen.

A Mass Effect movie did enter production back in 2010 with Legendary Pictures (the Godzilla Vs. Kong studio) and Warner Bros. spearheading it, but it never came to be.

‘It felt like we were always fighting the IP. What story are we going to tell in 90 to 120 minutes? Are we going to do it justice?’

Video game-to-film adaptations also have a history of ranging from mediocre to outright awful. Although things have improved in recent years thanks to the likes of Detective Pikachu and Sonic The Hedgehog, there has been a noticeable swing towards adapting games into TV shows instead.

The likes of The Last Of Us, Halo, and Fallout are just a few examples, so it only makes sense for Mass Effect to follow suit. Nothing has been formally announced yet but, earlier this year, The Witcher star Henry Cavill appeared to tease being involved with something Mass Effect related.

At the very least, it sounds like Walters doesn’t want a Mass Effect show to be as interactive as the games, referencing Netflix’s Black Mirror: Bandersnatch which let viewers make choices to determine how the story ends.

‘It was cool as an experiment, but I don’t know if that’s the thing we should be taking away from games in terms of storytelling. There are plenty of rich worlds with amazing characters and that’s something we share in any of the mediums, so we should leverage that and lean into it.’