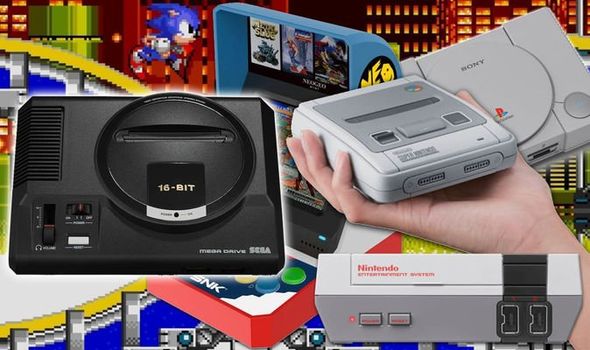 The Mega Drive Mini is out now, and is the latest retro console that gives an HD upgrade to those old glory days of gaming in the 80s and 90s.

The whole retro mini console craze started with Nintendo when the House of Mario first launched the NES Classic Mini back in 2016.

And since then gamers have seen plenty of pint-sized nostalgia charged consoles get released by major gaming heavyweights.

The SNES Classic Mini, PlayStation Classic and Neo Geo Mini also offer options to those looking to relieve the heyday of 90s or 80s gaming.

But out of the options available what is the best mini console that money can buy?

If you’re wondering which retro console you should go for then Express.co.uk is here to help.

The console that started it all, the NES Classic Mini was a huge hit when it launched back in 2016.

The tiny recreation of the Nintendo Entertainment System offered the blueprint that all mini retro consoles have (in the main) followed since.

The NES Classic Mini is a brilliant console, and is definitely worth having in your collection.

But, if you’re looking to get your first mini console, it wouldn’t be our standout pick.

The short leads for the controllers are undoubtedly a nuisance, while the selection of games on other systems arguably have more must-play titles. 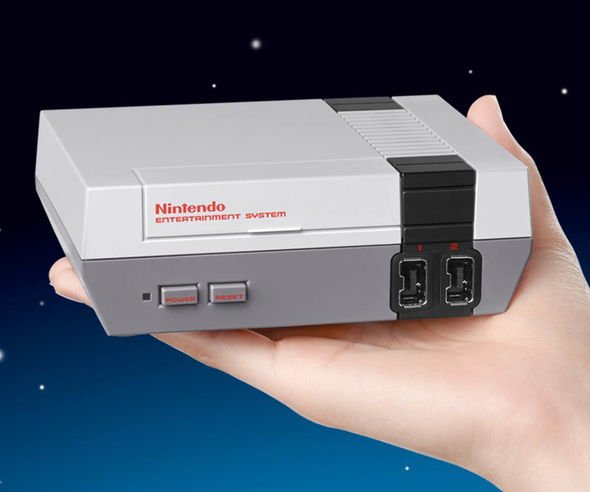 The PlayStation Classic Mini seemed like a sure-fire hit when it was first announced.

It was set to be the only classic console for the 32-Bit era, giving it it’s own monopoly on that corner of the nostalgia market.

Plus, design wise it looked like Sony had absolutely nailed it.

However, poor emulation performance and a lack of some iconic PlayStation titles meant the PS1 Classic fell short.

While influential games such as Final Fantasy 7 and Metal Gear Solid were loaded onto it, there were plenty of notable omissions.

Gran Turismo, WipeOut, PaRappa the Rapper, Crash Bandicoot, Spyro, Legacy of Kain and Tomb Raider were some of the big titles that didn’t make the cut.

Another issue was a number of games ideally needing a controller with an analogue stick, but the PS1 Classic’s joypads didn’t have this feature.

There are workarounds for this, however, and while the PS1 Classic does have drawbacks it has seen its price drop heavily.

Originally costing £89.99, the price of the console dropped to as low as £15.99 during Amazon Prime Day earlier this year.

If you can find the PlayStation Classic at a good price then it’s worth picking up, but it wouldn’t be our number one retro console pick. 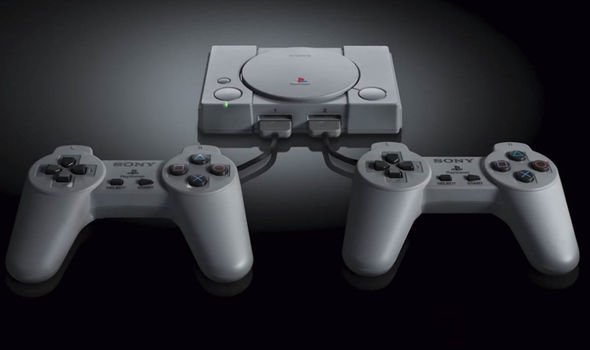 The Neo Geo Classic Mini is a bit of a renegade.

Instead of following Nintendo’s blueprint of a pint-sized version of a home console, SNK did something different entirely.

SNK could have done a mini version of the Neo Geo AES, which during the 16-Bit era was like a coveted, Ferrari-like console for gamers.

Boasting a much bigger price than the SNES or Mega Drive, the Neo Geo promised to offer arcade quality gaming in the living room.

A mini version of this would surely have gone down a treat with Neo Geo aficionados – and still would if SNK decided to go down that route.

Instead, SNK released a mini version of their Neo Geo MVS arcade cabinet.

The Neo Geo Mini is a working, miniature arcade that can fit in the palm of your hands.

It boasts a 3.5inch screen and can be played using the buttons and stick on the tiny cabinet.

And it looks great like this, albeit not the most comfortable way to play these retro games.

Alternatively, the Neo Geo Mini can be connected to a TV using a separately bought mini HDMI to HDMI cable. 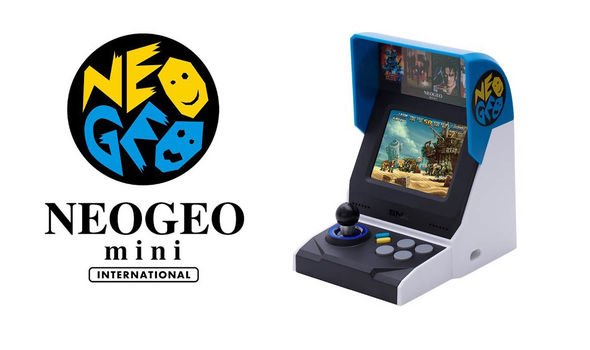 You can use the Neo Geo Mini arcade cabinet as a controller for the action on your TV, or again buy controllers that are sold separately.

These controllers are modelled on those that came with the Neo Geo CD console.

The controllers and the quality of the TV output is what the Neo Geo Mini is criticised for the most.

The TV output for the Neo Geo Mini looks slightly muddy, and isn’t as clear as the HDMI output seen on other classic consoles.

The controllers also didn’t go down too well with fans, with the joypads not having the micro switches seen in the Neo Geo CD controllers.

At launch the Neo Geo Mini cost £129.99, with controllers and the necessary HDMI cable all sold separately.

Since then the console and related accessories have all gone down in price, making it a much more affordable option.

The Neo Geo Mini is a nice piece of kit to have, looks great on your shelf and comes with plenty of great games loaded up on it.

But it’s not the best way to enjoy Neo Geo games, with the downloads of classic titles you can get from the Switch eShop far better.

The SNES Classic Mini is one of our picks for the retro consoles you should be planning to get.

The console itself is made well, with the controllers a brilliant recreation of the original Super Nintendo joypads.

The miniature system itself is also extremely cute looking and will bring back plenty of nostalgia to 90s gamers.

Where it really shines is the games that are included on it.

Although the SNES Classic Mini has less games than the NES (21 to the NES’s 30), it’s all killer no filler.

Not only that but all of the emulation on all of these games is great and look gorgeous in HD.

The 16-Bit era of games have definitely aged better than those of the 8-Bit or 32-Bit era. 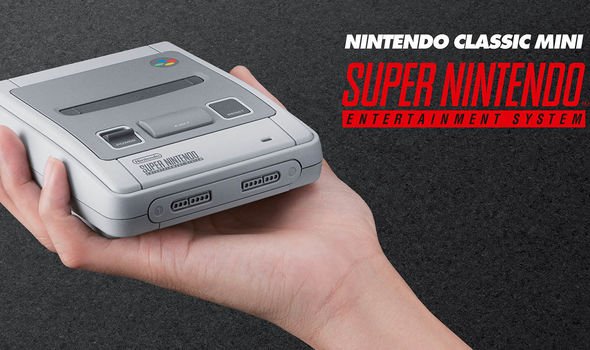 The SNES Classic Mini also includes a number of sought-after games that were never released in the UK.

Titles such as EarthBound, Final Fantasy III (which is FF6) and the Super Mario RPG were not originally released in Blighty for the Super NES.

For our money, the SNES Classic Mini is virtually the pinnacle of the retro console market.

It should definitely be in your collection if you’re looking to get a classic mini console.

In our books it has only just been edged out by another contender for the crown of best mini console out there.

Sega were the last out of the blocks to release a mini console, if you don’t count the previously released classic console from AtGames.

Sega had licensed the Mega Drive name and games to the third-party, but sadly it didn’t do justice to the console it was based on.

So, last year Sega announced they were making their own Mega Drive Mini with emulation masters M2 on board to help.

And the results are astounding. The Mega Drive Mini looks great, plays great, and sounds great.

It has a staggering 42 games loaded up onto the system. 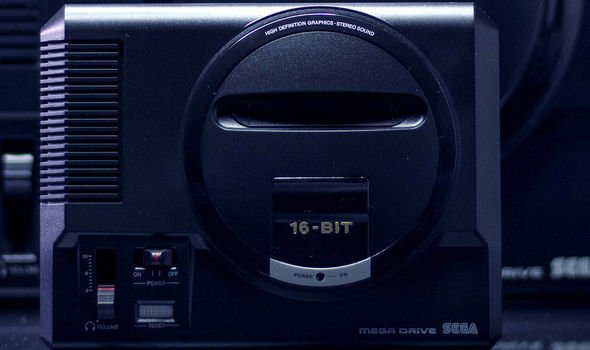 And while there are more turkeys than the SNES Classic Mini has (we’re looking at you Altered Beast) it’s still a great selection of games.

You have the classics such as Streets of Rage 2, Golden Axe, Sonic 2, Gunstar Heroes and a personal favourite of mine from my childhood – Columns.

But you also have plenty of other great titles that may have missed gamers first time round like Comix Zone and Castle of Illusion.

Super rare titles that would usually cost an arm and a leg like Tetris, Castlevania Bloodlines and Contra are also included.

As are other iconic Mega Drive games such as Shinobi 3, Ecco The Dolphin and Earthworm Jim.

The Mega Drive Mini may have been the last out of the block, but to be this good takes ages.

And, in our books, the Mega Drive Mini is the best retro console money can buy.