Microsoft Flight Simulator recently launched on PC with absolutely stacked Xbox and Steam achievement lists. If you want to complete said lists, you’ll have to land at 500 unique airports, complete all activities, view 100 star landmarks from 550 yards or less, and so much more.

The most daunting of the game’s 38 achievements, however, is the “Wing Commander” achievement, which requires players to accumulate 1,000 total hours of flight time.

1,000 hours is nearly six weeks of play time, so this achievement was likely designed for only the most committed flight simulation fans on the planet. If you happen to be a more casual player, though, you’re in luck:  TrueAchievements user ToastBubbles has discovered a way to unlock the Wing Commander achievement in mere minutes.

So, if you’re looking to get every achievement in Microsoft Flight Simulator, but – like most people – don’t have 1,000 hours of spare time on hand, here’s how to convert that 1,000 hours into less than 10 minutes.

While this workaround can be performed in pretty much any conditions, it is recommended that you start a flight in the rain, after dark, with the rules set to “IFR” for maximum efficiency. There are three separate achievements for accumulating 50 hours of flight time in rainy weather, 50 hours at night, and 50 hours of IFR flight time, which can be knocked out in unison while going for the Wing Commander achievement.

So, here’s what you do: Begin a flight with whatever weather conditions and aircraft you feel like from a location of your choosing. Take off from the runway and fly for a couple of minutes until you’ve reached a steady altitude and are cruising. At this point, you should be able to proceed to the next step. 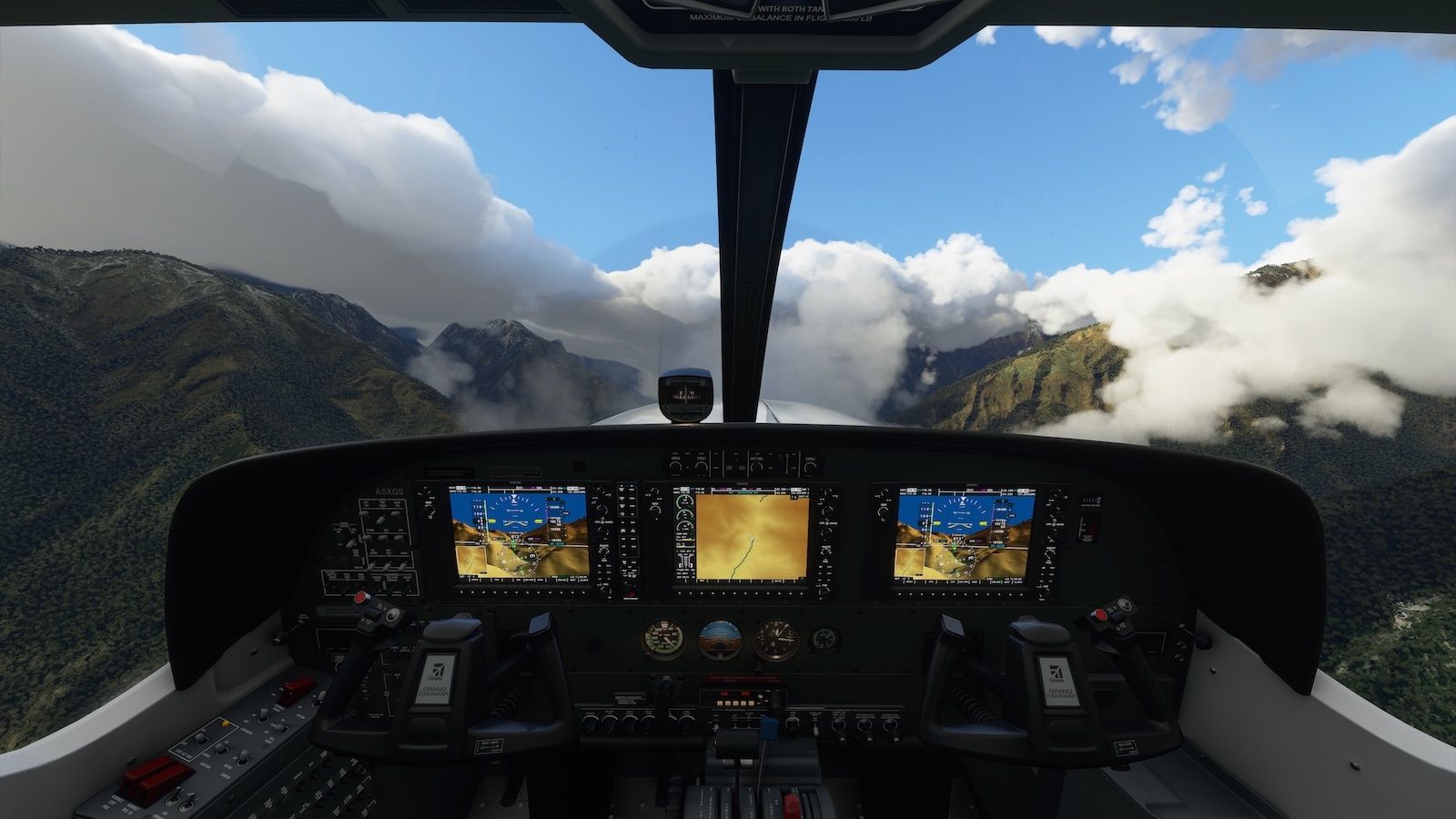 Pause the game mid-flight and hit Alt+Tab to tab out of the game, then open up the date/time settings on your computer. This can be done by right-clicking on the clock on your taskbar and hitting “Adjust date/time.” Make sure “Set time automatically” is set to “Off”, then click “Change” under “Set the date and time manually.” 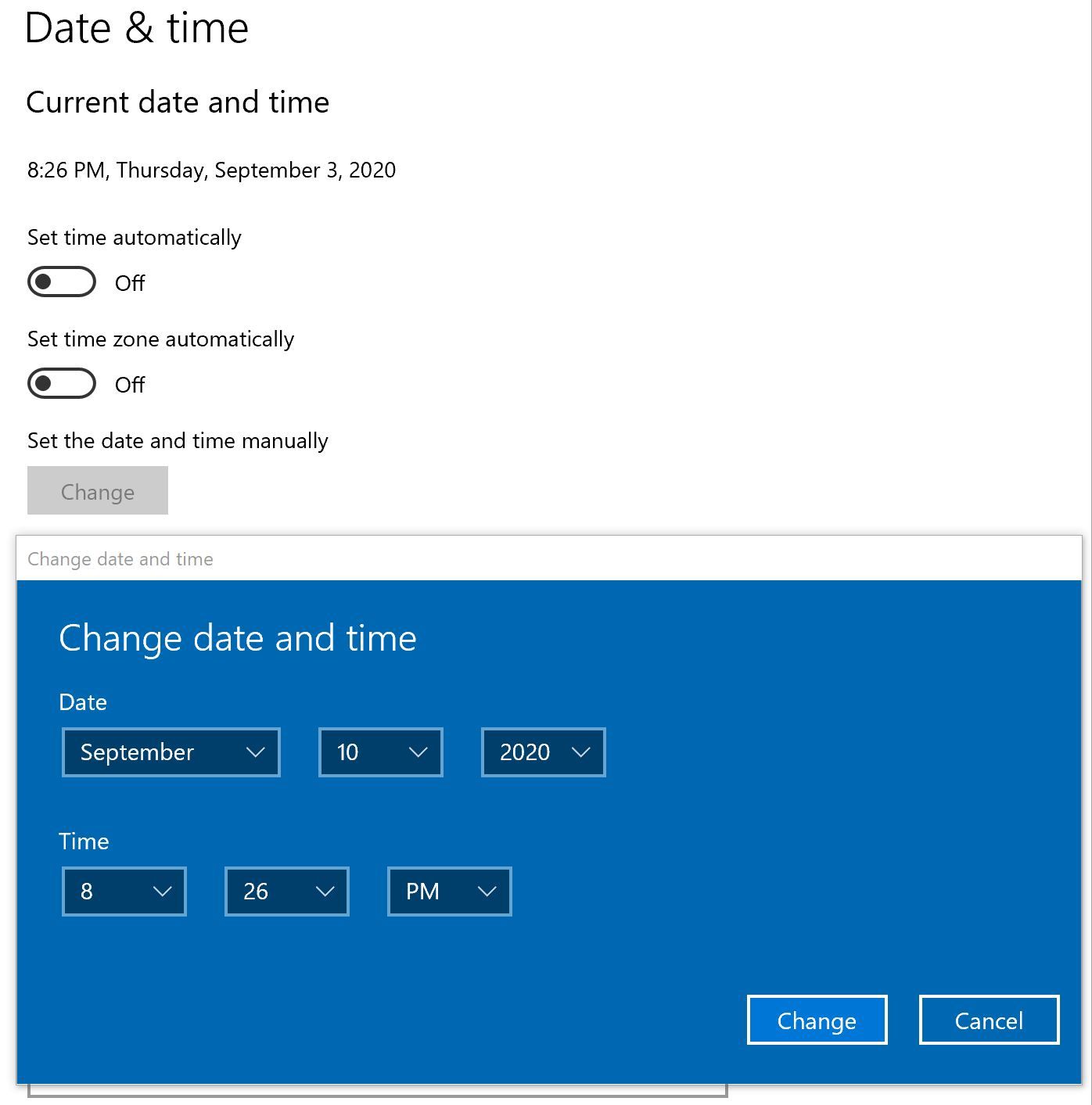 You’re going to want to set the time forward one week. If you change the date in increments of time that are too large, it will cause the game to give you a “Connection Lost” error. If this error happens anyway, reset the date and try again but with a slightly smaller time increment.

After setting the date forward, tab back into the game and continue flying for a minute or two. You’ll know this was a success if you unlock the “Pilot Program” and “Century Club” achievements for accumulating 50 and 100 hours of flight time, respectively.

After another minute of cruising, tab out once again and set the date forward by another equal increment. To get to 1,000 hours, you will need to set the date forward by one week six times. If you’re using smaller increments to avoid getting the Connection Lost error, you can set it forward by one day 42 times. After each reset, simply repeat the process of flying for a minute, tabbing out and setting your clock forward until the achievement unlocks.

On top of the Wing Commander achievement for clocking 1,000 hours of total flight time, this method will allow you to unlock the “Pilot Program,” “Century Club,” “Journeyman,” “Night Owl,” “Instrumental,” and “Hydroplaning” achievements. Altogether, they constitute 295 Gamerscore.

For any hardcore achievement hunters who were potentially avoiding this game for fear of not being able to complete it, bear in mind that there are still two completely busted, unobtainable achievements (“Completionist” and “In The Wild”), so you may want to wait on a fix for those before starting.

However, at least now you know that the absurd 1,000-hour Wing Commander achievement isn’t quite as daunting as it might have seemed.