Microsoft has announced the next step in its mission to challenge Amazon and bring its cloud computing prowess to the burgeoning space race.

Dubbed Azure Space, Microsoft is going all in to make “Azure the platform and ecosystem of choice for the mission needs of the space community,” according to a blog post from Tom Keane, corporate vice president for Azure Global. Its ultimate goal is to serve as the bridge between low-orbit satellites and new services they enable across the world from both the public and private sectors, spanning telecommunications, agriculture, energy, and government.

The announcement comes just a few months after Amazon launched a dedicated space business unit with a similar mission, while Microsoft last month debuted Azure Orbital, a ground station service to manage and process satellite data in the cloud. As it happens, this is pretty much a direct competitor to the AWS Ground Station offering launched by Amazon last year.

Countless public and private space initiatives have come to the fore over the past few years, such as new constellations of micro-satellites from companies including Amazon and Elon Musk’s SpaceX designed to beam the internet to the farthest reaches of Earth. But harnessing satellite data requires antennas that are capable of communicating with satellites and other infrastructure such as storage, servers, and networks. This is the gap that Microsoft — and Amazon, of course — want to fill.

To help with its endeavor, Microsoft has teamed up with SpaceX, which has launched dozens of its Starlink satellites into low earth orbit (LEO), to provide internet access to new Azure Modular Datacenters (MDCs) which are designed to be deployed in “extreme environments” where traditional datacenter infrastructure doesn’t exist. 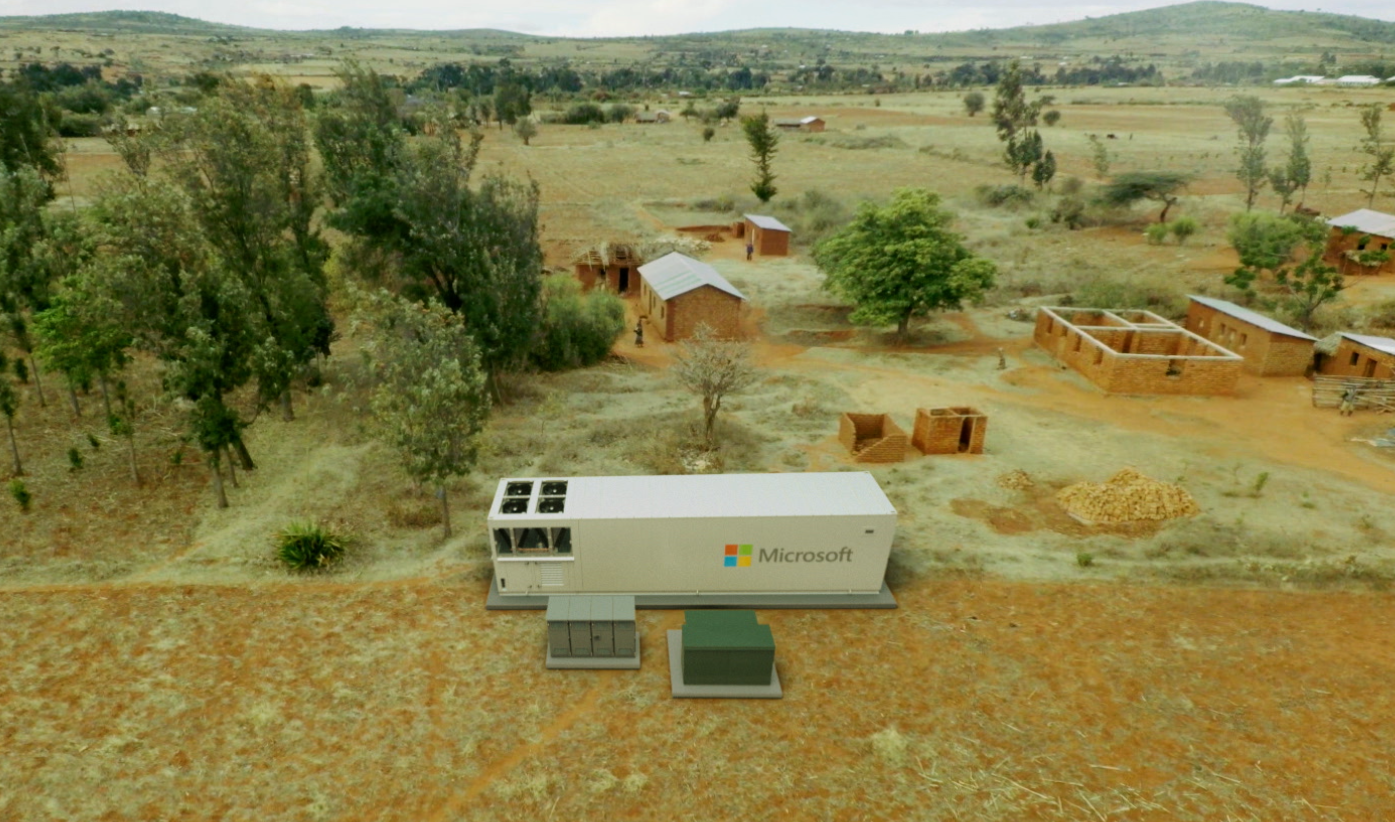 While Microsoft and other tech giants have already invested heavily in subsea cabling and terrestrial infrastructure, there remains vast areas of planet Earth with limited or no internet bandwidth, bet that in deserts, on mountains, or in the middle of the ocean — and this is the market that Microsoft is looking to cater to with Azure Space.