To truly understand the impact of this collaboration we must look to the target audience, the oft-spotted pre-teen Minecraft fan. One such specimen resides in my house. Just 12 years old, this particular Minecraft fan is a prime target for our experiment. He has played Minecraft for years, is a master of his craft (as well as his mining), and displays his passion through an array of clothing and Lego sets scattered around his bedroom. The child in question also has a love of penguins, making him perfect for observation.

Already a master of Minecraft Bedrock Edition, the oft-spotted Ashcroft quickly loads up the world and proceeds to open it. As I take a step back to observe, I see the game open on a player character dressed in arctic explorer gear. Walking out of the door you are immediately plunged into a frozen world unlike any I’ve ever seen in Minecraft, and trust me, I’ve watched a ridiculously large number of Minecraft videos in my time. This is a true Arctic adventure, and the first task is to create a nest for a penguin baby. 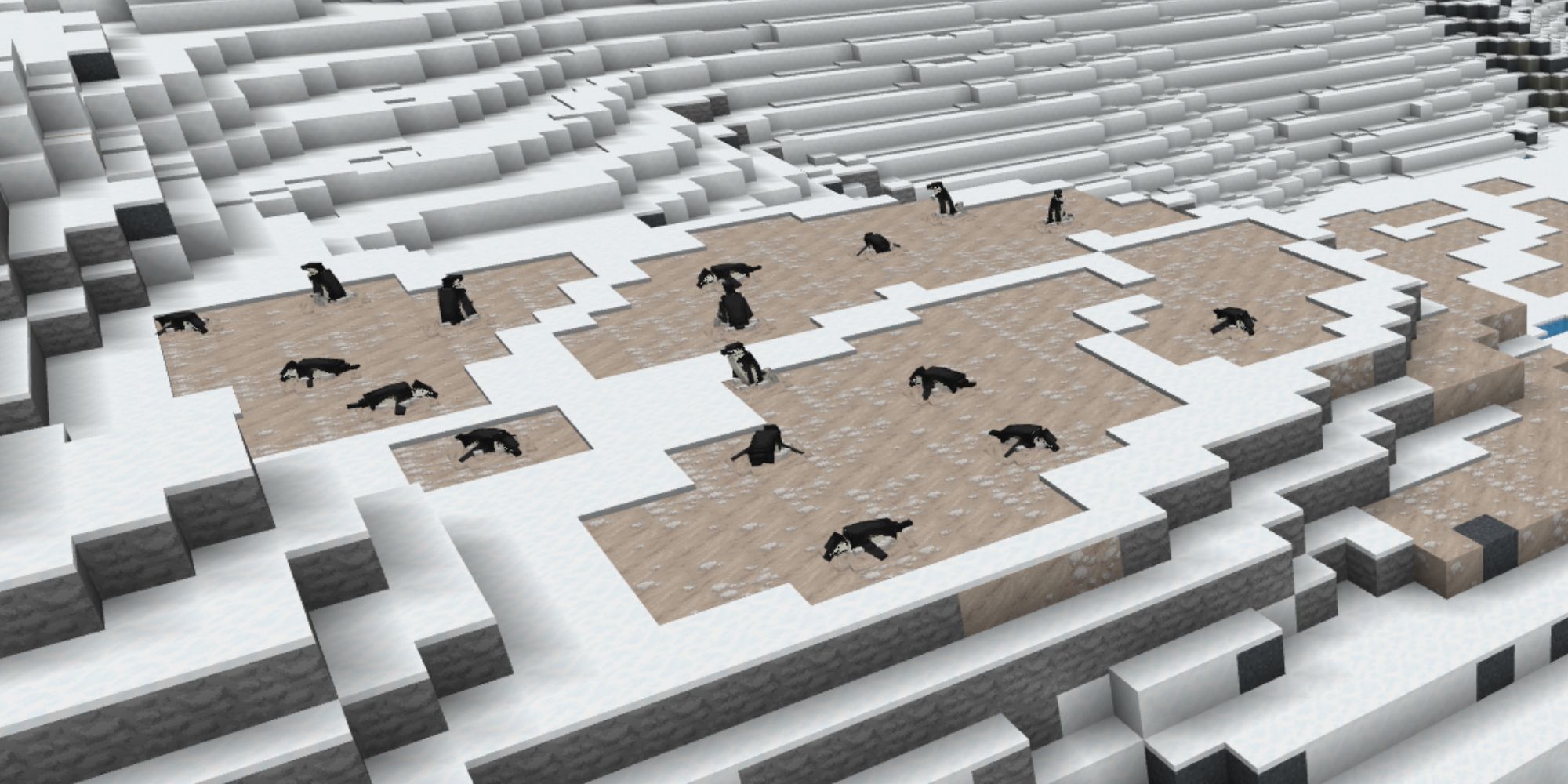 The player character changes and so does my son’s face as he realises that he is the penguin. Not only does this new world contain his favourite animal, but he can actually be one. I’m pretty sure this is everything he ever wanted from Minecraft right here.

As we look on, the child collects rocks and builds a nest, all while fending off other penguins seeking to steal their hard-found pebbles. There is a timer which could be a little frustrating for younger children, but overall the game is simple and fun. You can flap your wings at other penguins so they back off and make sure you can focus on your task. The child’s eyes are set on the screen, and you can tell that he’s in his element. 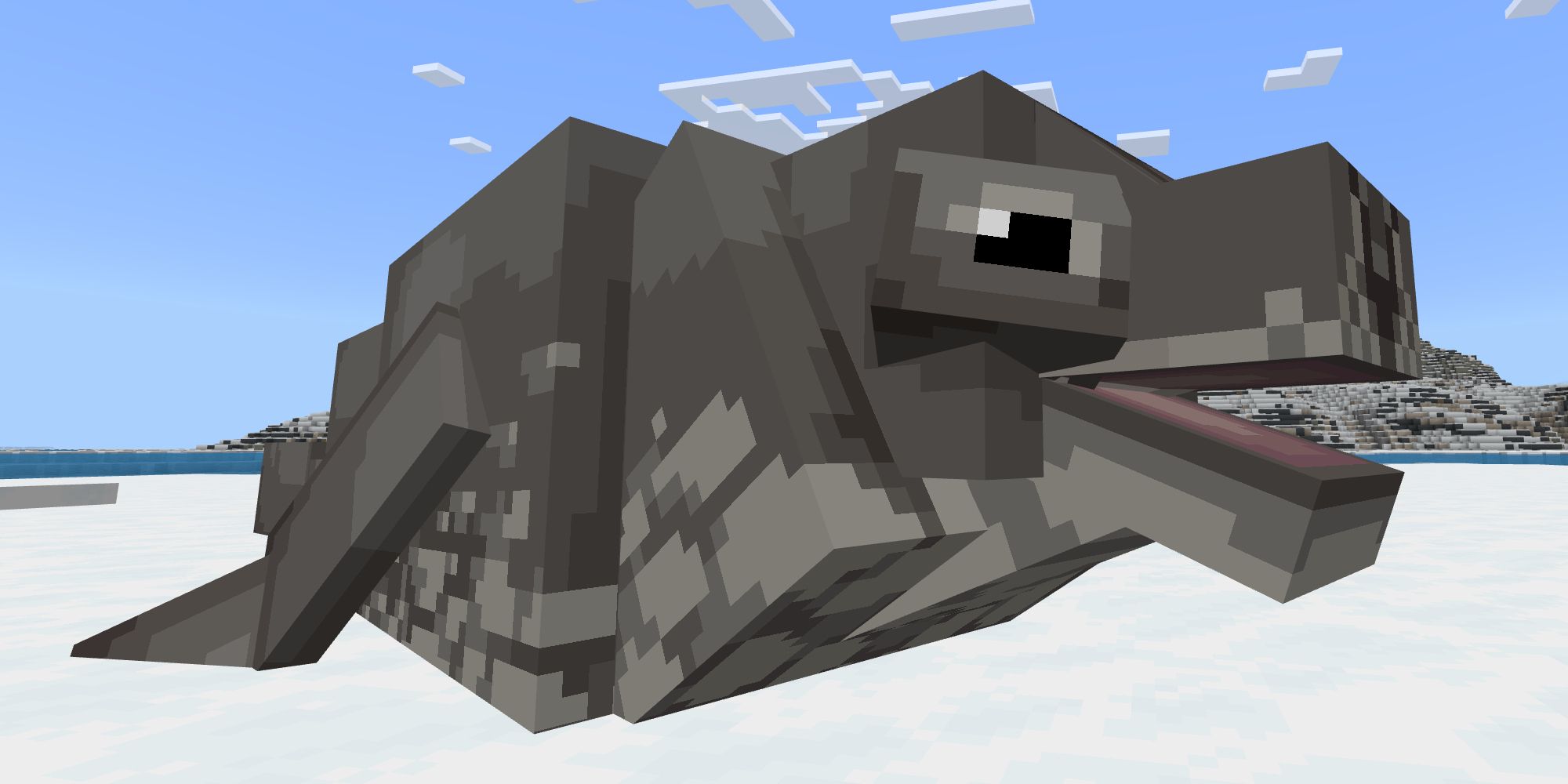 Observe as our Minecraft fan moves to an underwater area where he is now a killer whale, following echolocation markers to summon his pod to topple a seal off an iceberg. Here, the natural status of the pre-teen as all-knowing takes over as he switches into education mode, telling me all about echolocation, as if he absolutely didn’t learn it three minutes ago from the same information I also read. Clearly, the educational aspect of this project has had some impact on our subject.

Rounding out the preview is the chance to explore the world as a researcher, taking photos and collecting information about the three species we met to fill out a journal. This is where the unrestrained Minecraft expert truly comes to life. After discovering everything asked of him, my son’s primal Minecraft instincts kicked in and he immediately checked if he could flip the world from adventure to creative. This led to the discovery of just how in-depth these worlds really are. 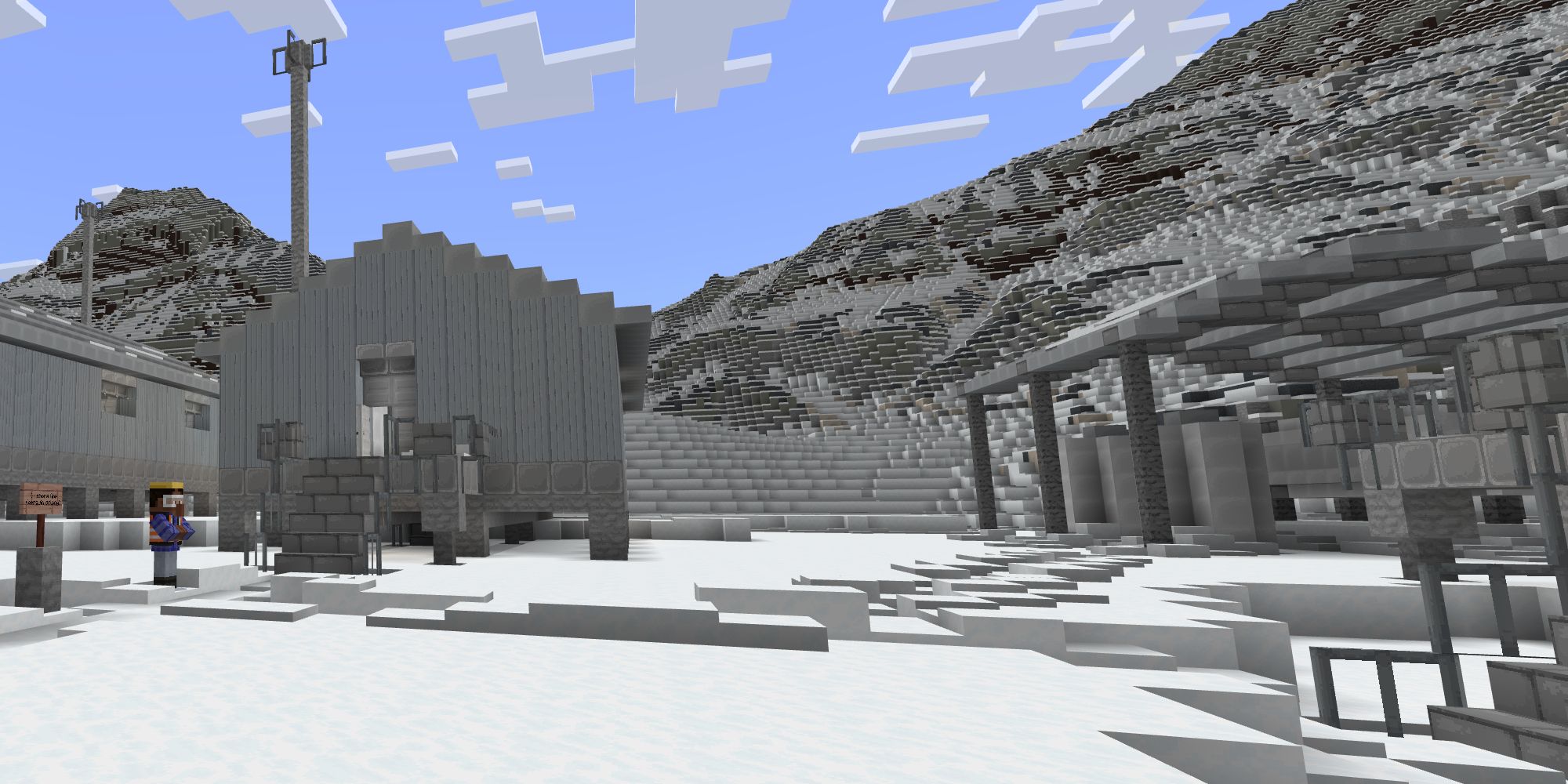 He took me on an adventure, flying over the vast frozen landscapes, into each and every building he found – mostly to see if they had toilets because that’s what 12-year-old boys do – and finally down to an empty island. This he dubbed “penguin island” and proceeded to spam the spawn eggs he found as if his life depended on it. Now this beautiful and realistic arctic world has around 157 random penguins all chilling on the side of a mountain, some new structures he created for fun, and an accidental penguin abomination caused by early overenthusiastic egg spamming that we shall never speak of.

Overall, the Minecraft and Frozen Planet 2 collaboration was an incredible experience, and watching my son enjoy something so much was a joy. I was also inwardly cheering about the prospect of some in-depth and immersive Geography homeschooling lessons that would require virtually zero planning on my part, and the project surpassed all my expectations. David Attenborough, who narrates the show, and the BBC Studio’s Natural History Unit are already an amazing combination I’ve loved for years, adding Minecraft into the equation simply adds a new dimension to truly engage children in a way they can instantly connect with.