Back in the early days of Minecraft, light sources were limited, with the likes of torches and Jack o’Lanterns being relied upon heavingly. Lighting technology has moved on a lot since those literally darker days. And one of the additions has been lanterns. These items not only provide plenty of light, but they’re nice to look at too.

However, unlike torches, it takes more than a stick and one piece of coal to make them. Novices aren’t likely to figure out their recipe by accident, so this guide contains all of the information you need to create these fancy illuminating pieces.

The Resources You Need

Thankfully to make a lantern, you don’t need to hunt down the most difficult to find blocks. All you need is eight iron nuggets and a torch. You can acquire both of them rather easily. 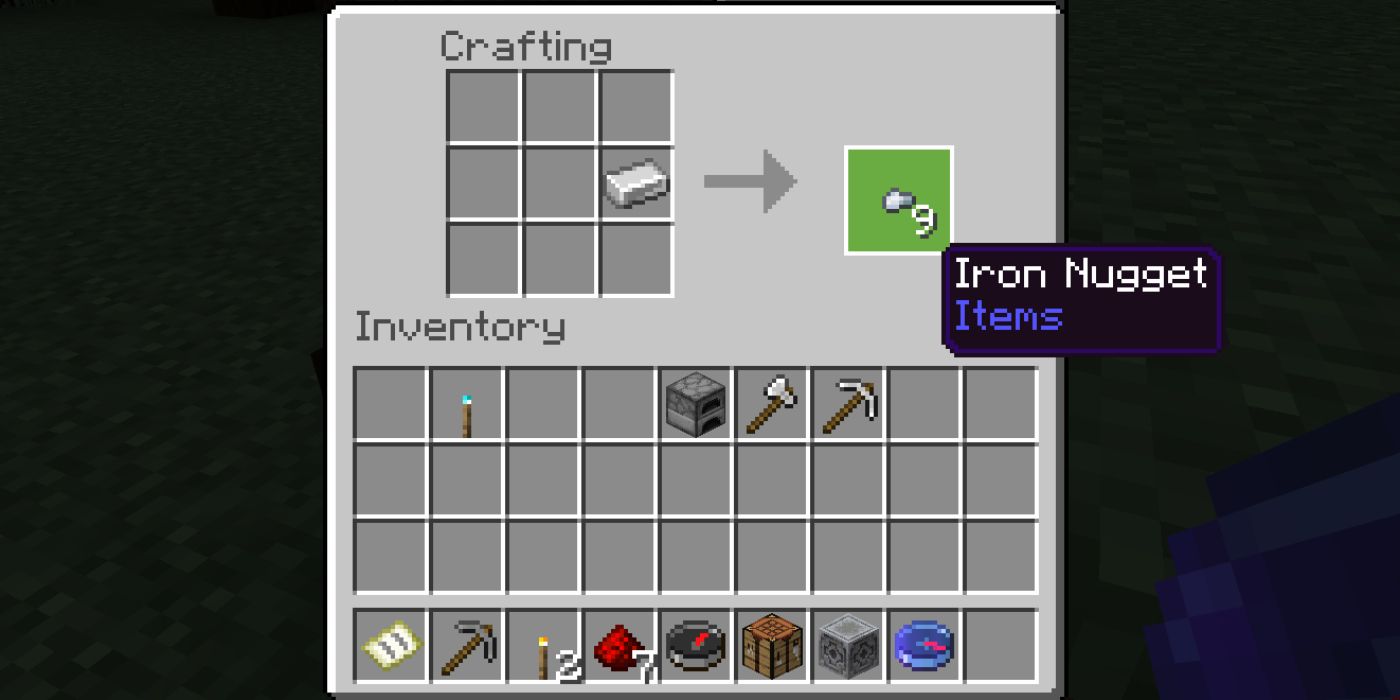 Initially, eight iron nuggets sound like a lot, yet all you need is one piece of iron ore. To find it, you need to head underground and do some mining. Be aware you’ll need a stone pickaxe or stronger to mine the resource.

There should be plenty of iron in any given seed, so spend enough time beneath the earth, and you’ll find at least one block. Once you’ve got the ore, you need to put it in a furnace to smelt into an ingot. Then put said ingot in your crafting grid, and you get nine nuggets. 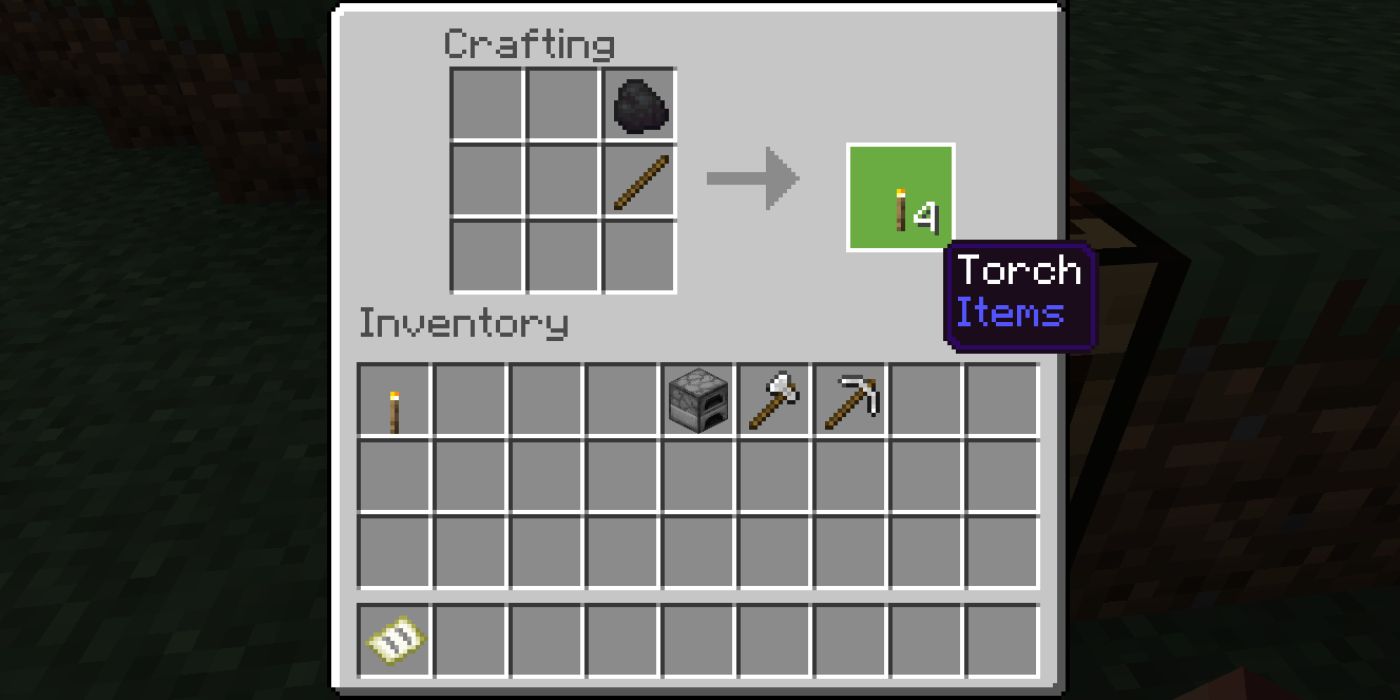 As torches are one of the first things people create in Minecraft, you likely already have some. But if not, take a piece of coal or charcoal and put it above a stick in the crafting menu. As a result, you’ll receive multiple torches, but to make a lantern, you only need one. 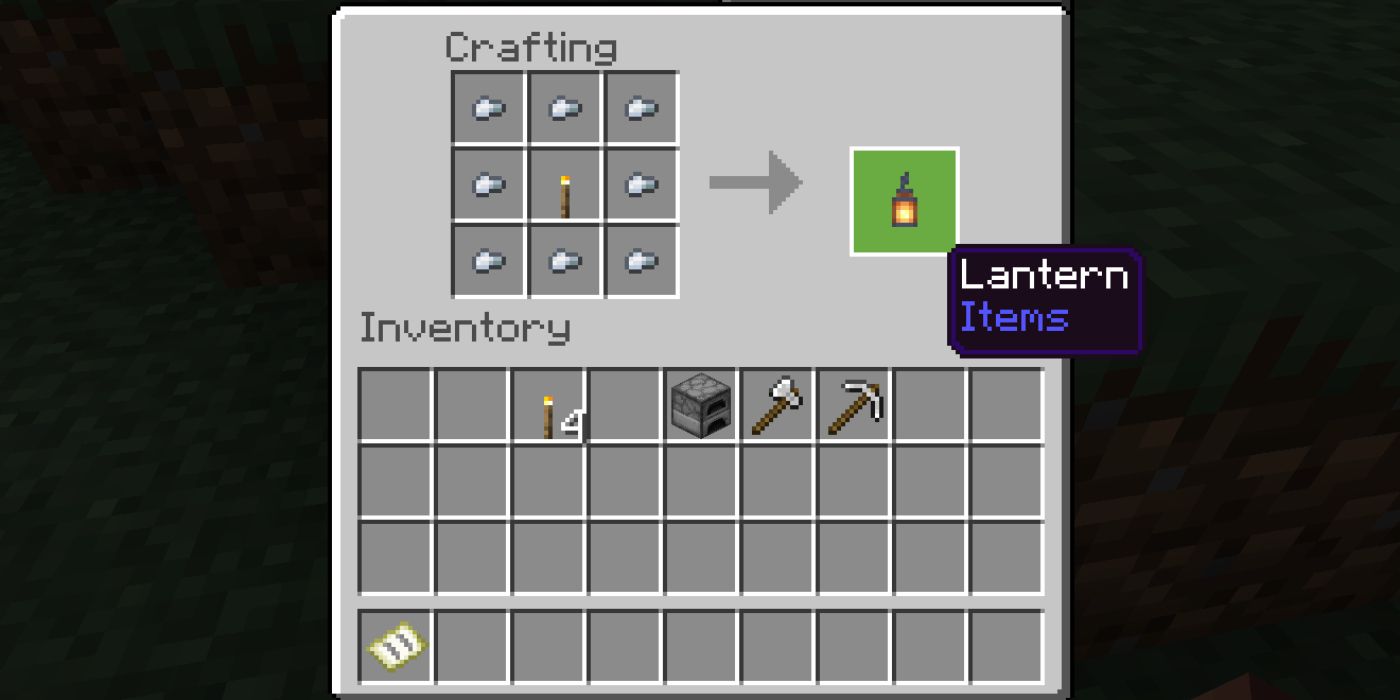 Once you’ve got everything you need, place the torch in the center of the crafting grid and put the eight nuggets all around it. The result? A beautiful lantern. Although one is hardly going to brighten up your house, so you might want to grab some additional torches and nuggets to make some more.

How To Make A Soul Lantern 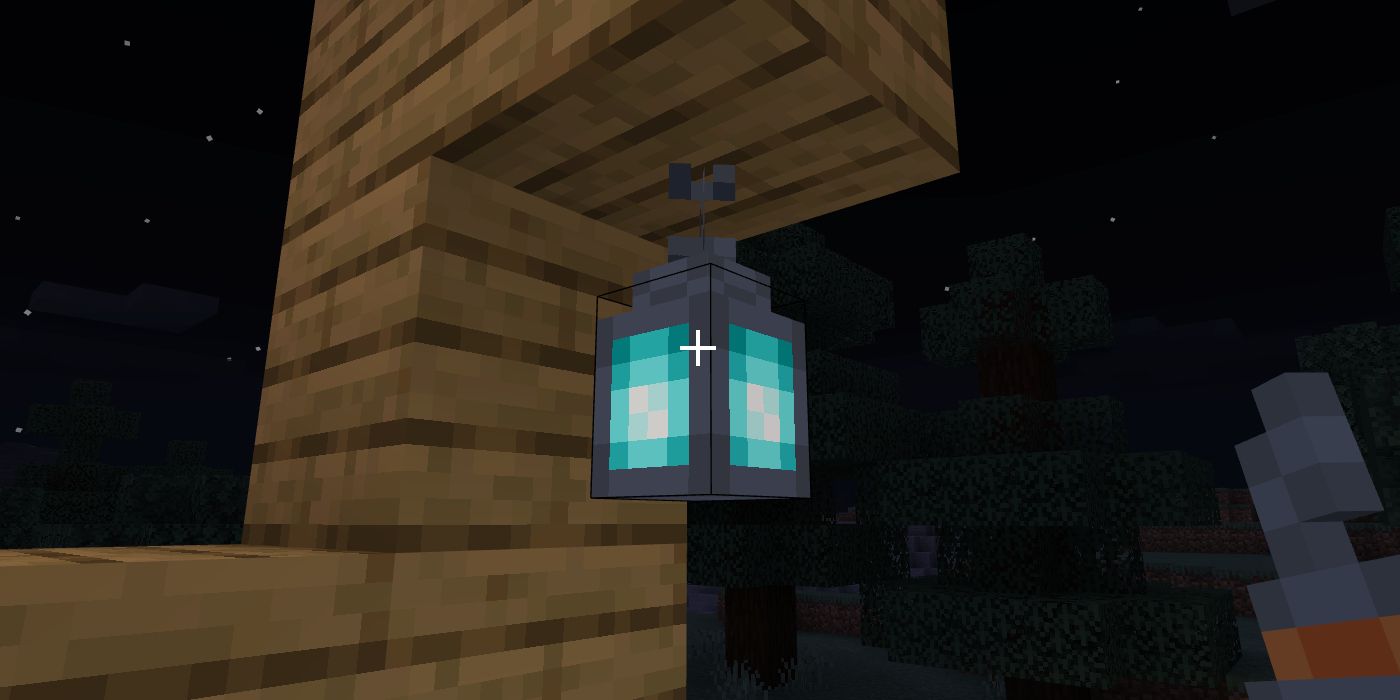 There is another version of the item called the Soul Lantern. It works in the same way as the regular one, except it blue and scares off Piglins. Yes, something that’s not widely known about those tough creatures is that they fear soul lights. The recipe for it is the same as the regular lantern, but with a soul torch instead of a normal one. 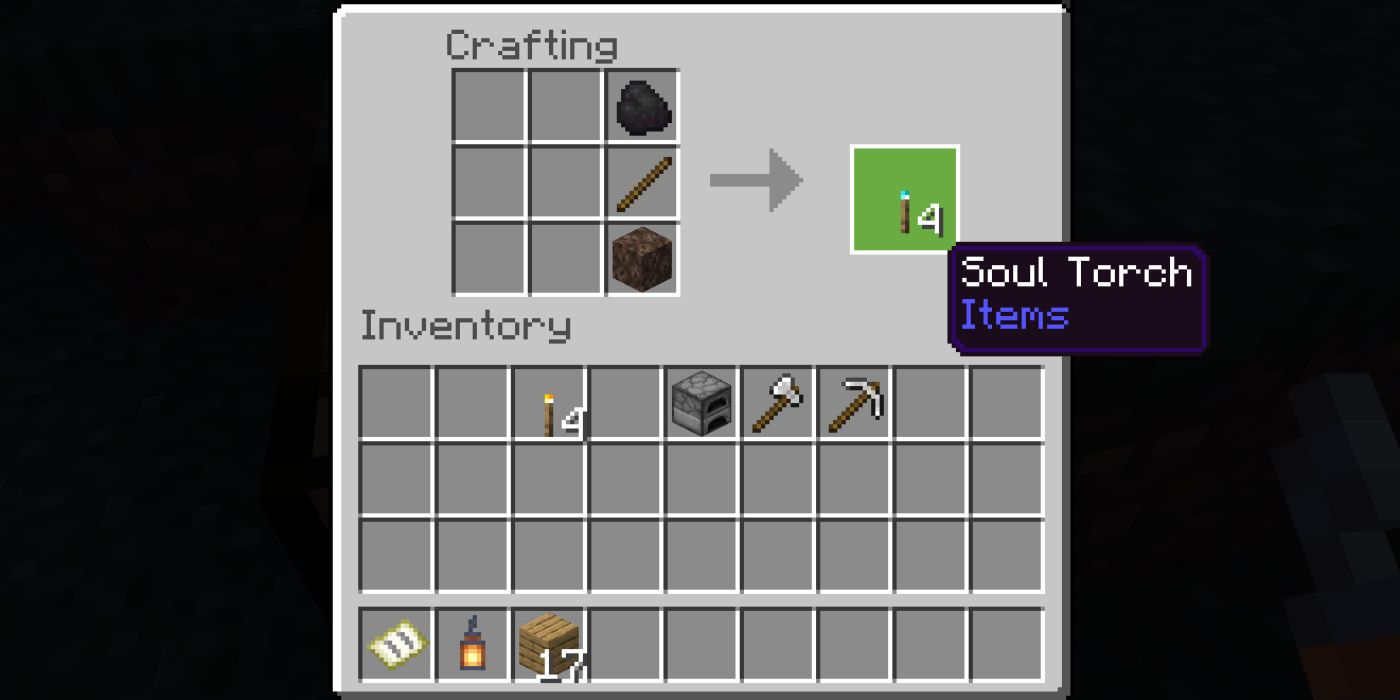 To craft a soul torch, you need coal or charcoal, a stick, and a piece of soul sand or soul soil. Both of the soul blocks are in the Nether.

Once you’ve got all of the resources, put them in a vertical line in the center of the crafting grid, with the coal at the top and the soul item on the bottom. Once you do that, you’ll have a soul torch that you can combine with eight iron nuggets to make your stylish blue lantern.

NEXT: Minecraft: The 5 Best Biomes In Survival Mode (& The 5 Worst) 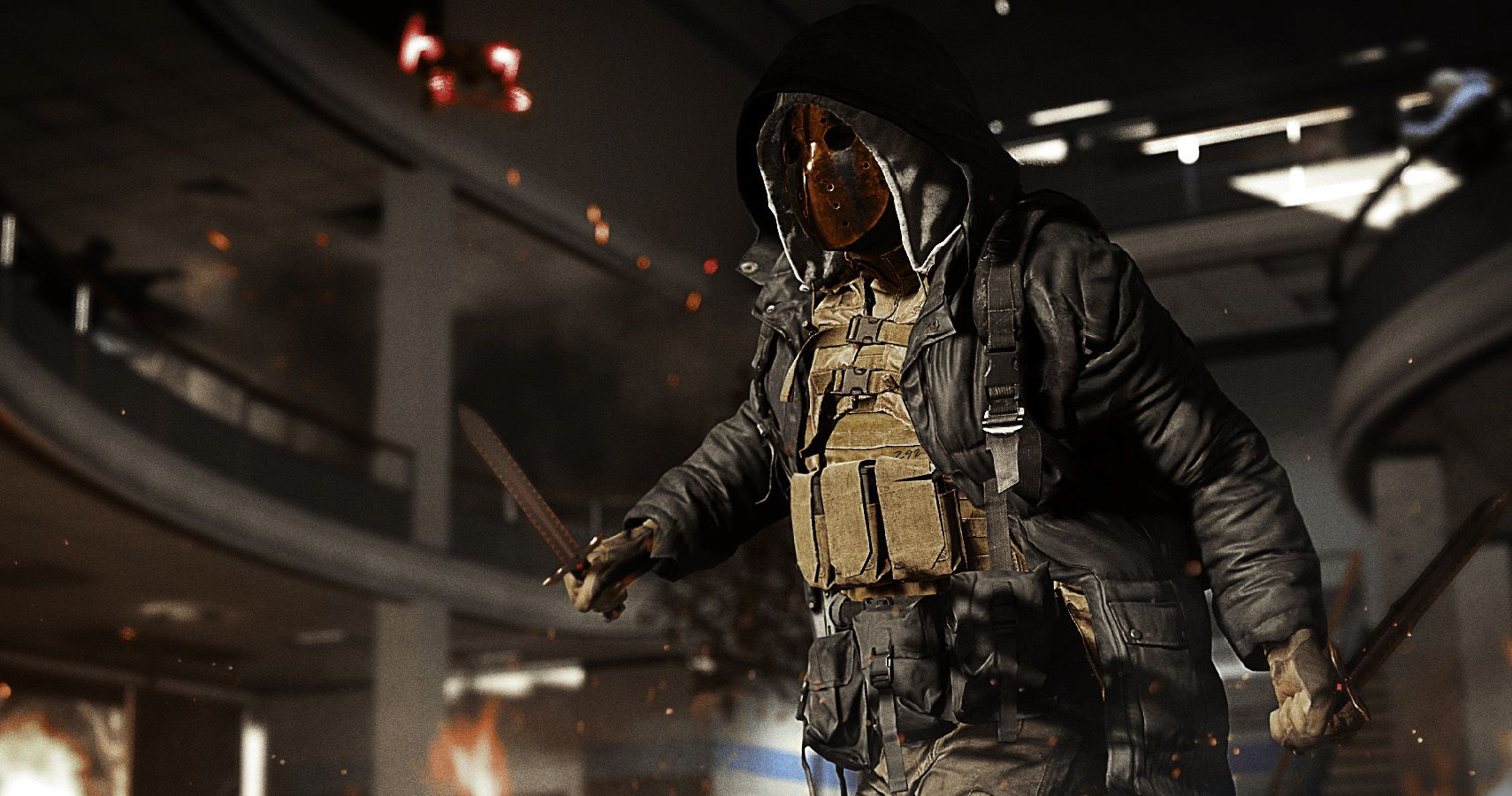 Build A Mech Suit And Take On Giant...

Final Fantasy 16: Everything We Know About Clive