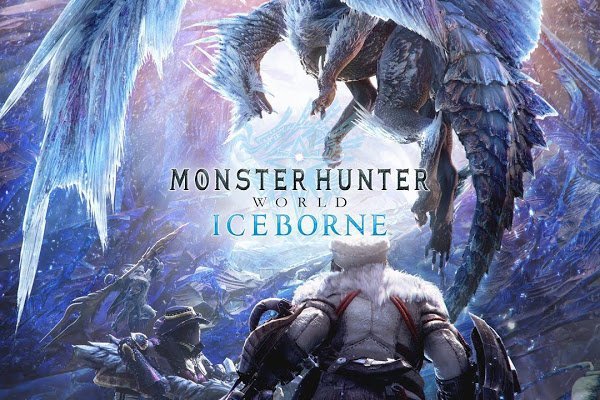 On the show floor at E3 2019, we managed to play two new scenarios in the game that will be added once the expansion launches later this year.

We went head-to-head with the infamous returning beast Tigrex, and quite literally butted horns with the newest addition to the franchise in Banboro – a monster that uses its massive horns to rip up rocks, unroot trees and keep you at bay.

Set in new areas, with a couple of new mechanics being introduced to the series for the first time, Iceborne has a lot more to show you than just a couple of new fights: it’s more akin to an honset-to-God expansion than periodic DLC.

These two fights were an illuminating introduction to Iceborne, because it proves that Capcom is willing to listen and to learn – that the company is capable of generating content for a game as a service without compromising on quality or the integrity of the franchise.

Since its launch in January 2018, the game has seen consistent updates and DLC packages drop in to pad out the content.

Whether they arrive in the form of collaborations (The Witcher, Devil May Cry or more besides) or new monsters to take down, these updates have kept the playerbase more or less loyal to Monster Hunter World.

But, from launch, it’s been unclear if Capcom had the mentality of keeping this game alive as a service title – a la Destiny or Fortnite. By introducing incremental changes and then serving us with a package the size of Iceborne, we’d say Capcom has nailed it.

Let’s examine what’s new: the most important addition to the game as far as we could see was the option to call in a mount.

Monster Hunter veterans know that by the 33rd time you fight a monster, you want to cut through the chaff… you know it’s in towards the back part of the map, you know it’s going to be stalking another monster, and you know you can kill it in under five minutes.

The mount option is Capcom honestly saying ‘we know you want to get right to the action’. You can call in a Jagras or this newly added snow wolf and it will follow the scoutflies’ lead and take you right to your quarry.

No mess, no fuss.

It’s a quality of life update that purists may balk at, but as a time-saving tool for endgame players, we think it’s a great addition. Hunting agile creatures like Tigrex becomes less of a chore, and riding gives you more time to examine the gorgeous scenery around you, too.

Raider Ride – as the feature is formally called – is Capcom’s proof that it’s listening to players and responding to what they want, using the handy rhythm afforded by the Games as a Service model to drop key updates like this inbetween smaller content additions.

The second main update is the Clutch Claw, which alters a few key aspects of any given battle.

Clutch Claw allows you, for example, to lure a monster to your position, or grab hold of it and perform a special attack once mounted for big damage.

This claw removes some inconsistencies when trying to mount via more traditional methods, and also allows you to change up your big damage-dealing techniques.

Want to lure a monster into a bomb barrage or trap? Well, now you have another tool at your disposal to do so. Want to start your assault off with a massive flurry of damage, or whip some attacks out to prevent a monster fleeing? Again, now you options.

The addition of this and the Raider Ride proves Capcom knows the main appeal of the series but is making it more approachable and more fun with every passing update.

As we head towards a future that is likely mostly serviced-based on PS5 and Xbox Scarlett, Capcom is showing players that its ready to make that move. That previous stumbles with Street Fighter V aren’t indicative of how it intends to run the business next-gen.

Monster Hunter World is Capcom’s proof of concept that its next-gen delivery will be spot on, and Iceborne reinforces that with impressive clarity.

There’s never been a better time to be a Monster Hunter fan.