After beating the main story of Monster Hunter Rise: Sunbreak, you will be able to continue hunting more dangerous monsters as you increase your MR. After reaching Master Rank 110, you will unlock Risen Chameleos, a new and improved version of the stealthy Elder Dragon.

Risen Elder Dragons have suppressed Gaismagorm's Qurio virus, gaining full control of the creatures to enhance their abilities. Risen Chameleos will behave similarly to its normal version, but with stronger attacks. Let's take a look at each of Risen Chameleos's strengths and weaknesses, the best equipment to use to beat it, and some tips and tricks for success. 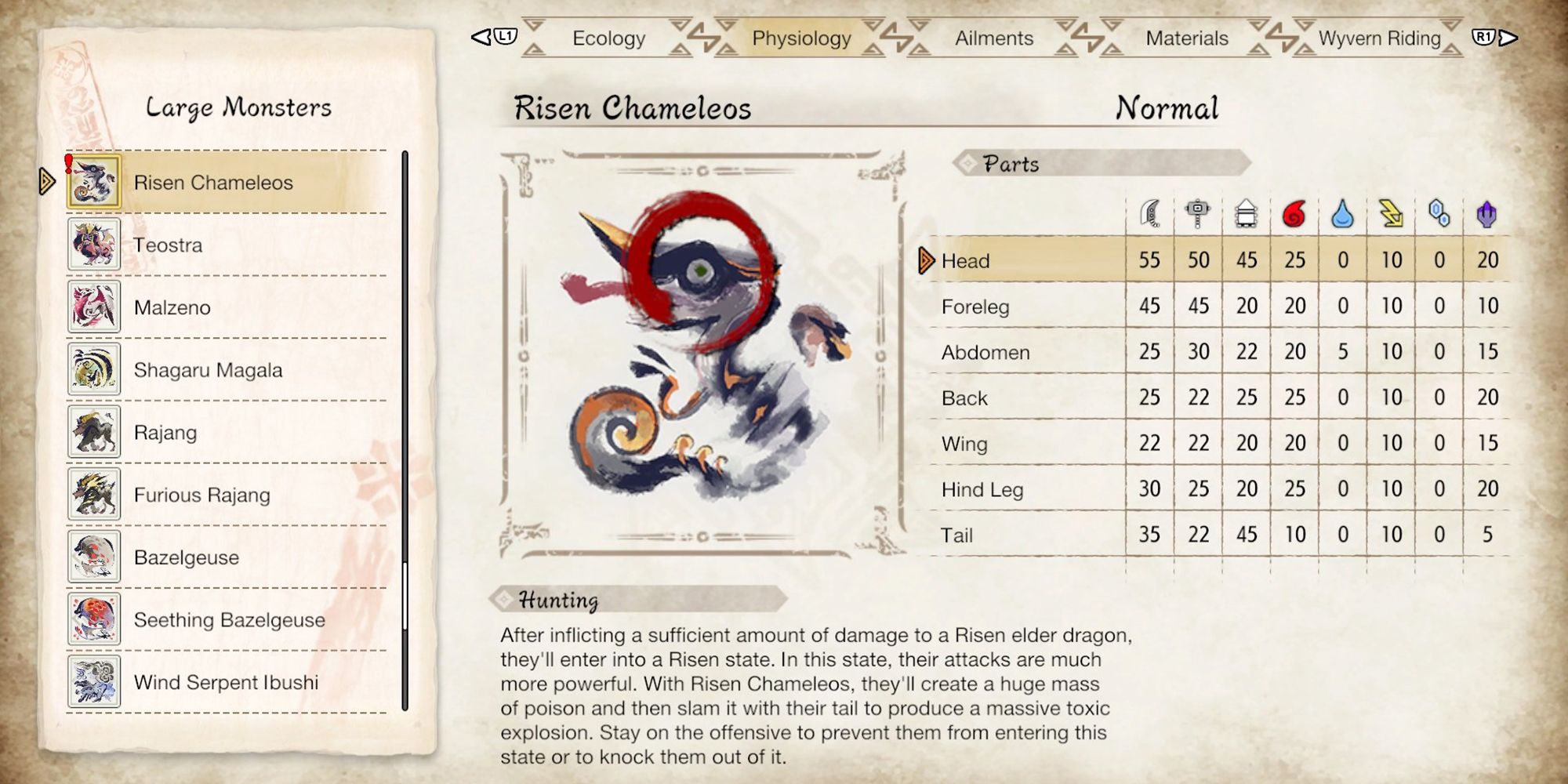 Risen Chameleos is weakest to Fire damage, with Dragon damage coming in a close second. It takes the most damage on its head and foreleg from melee weapons, and on its tail from ammo-type weapons. For melee weapons, its foreleg will be the easiest spot to hit, but you should aim for its head when possible. For ranged weapons, its head and tail will take the same damage from attacks, making either of these locations ideal to aim for.

Conversely, Risen Chameleos completely resists Water and Ice elemental damage, and cannot be poisoned. Overall, all three weapon damage types have similar numbers against this monster, so use whichever weapon type you are most comfortable with. 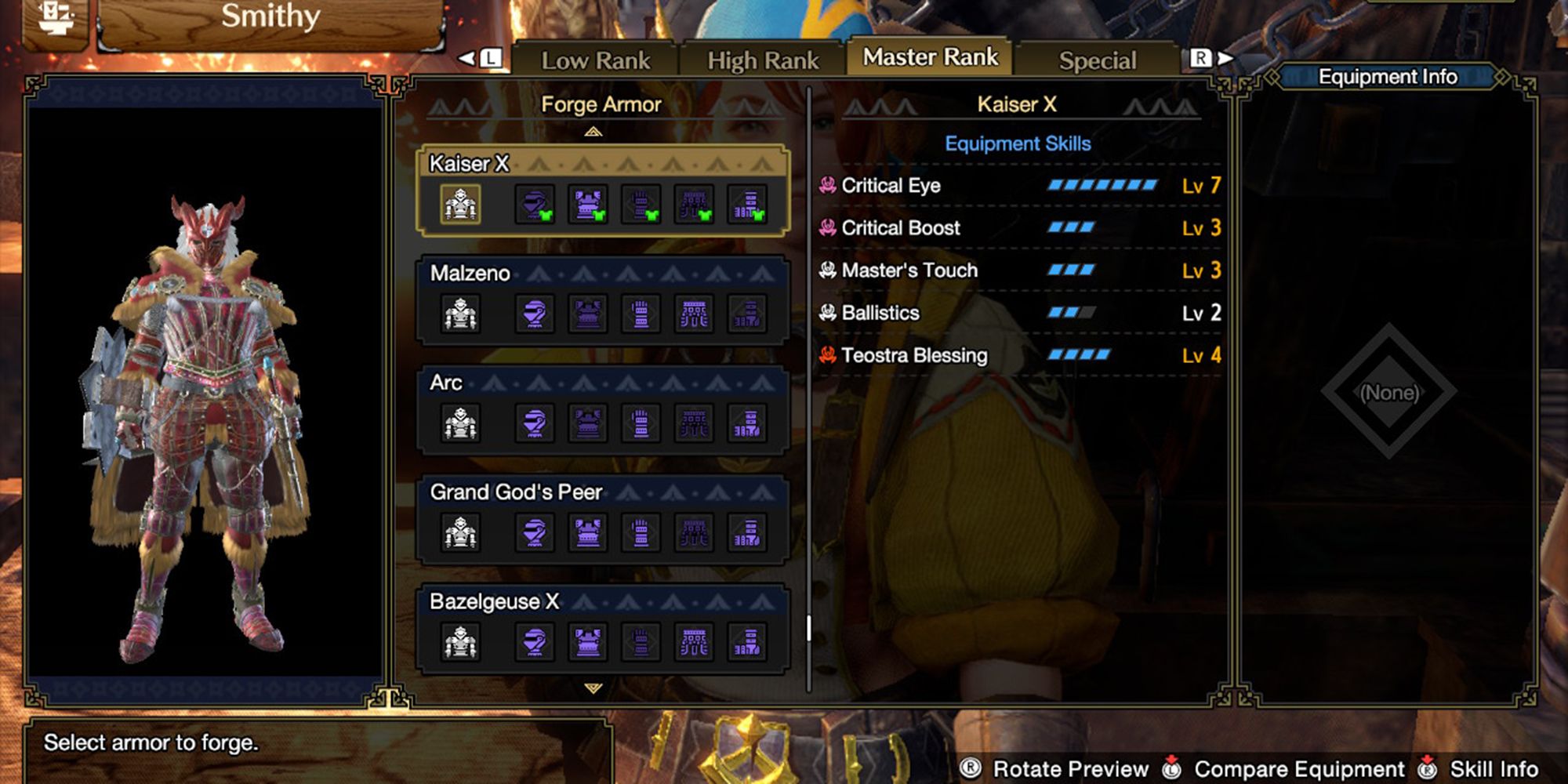 A weapon with Fire element damage is almost a necessity against Risen Chameleos. It is majorly weak against this element, allowing you to knock it out of its powerful Risen state later in the fight. Weapons with Dragon element can do well, too, but Fire is preferred if you have access to it.

For armor, bring anything with high defense. Risen Chameleos does not use any elemental attacks, making overall physical defense resist the most damage. Be sure to upgrade your armor to the highest level before challenging Risen Chameleos.

When slotting skills into your gear, we highly recommend using three points of Poison Resistance to completely negate poison and lessen the effects of Chameleos's special venom status effect. If you want to negate that too, you can use Teostra's Blessing instead. At level 3, this skill will completely negate both poison and venom, making Risen Chameleo's attacks much less dangerous. However, this skill is only found on Teostra's Kaiser armor, which narrows your build options significantly.

If you aren't using Teostra's Blessing, bring plenty of Herbal Medicine to cure poison and venom throughout the fight. Make no mistake, you will be hit by these attacks, so you'll want a quick way to clear it before you take too much damage. You may also want to bring Antidotes and Blue Mushrooms to craft additional Herbal Medicine mid-quest. 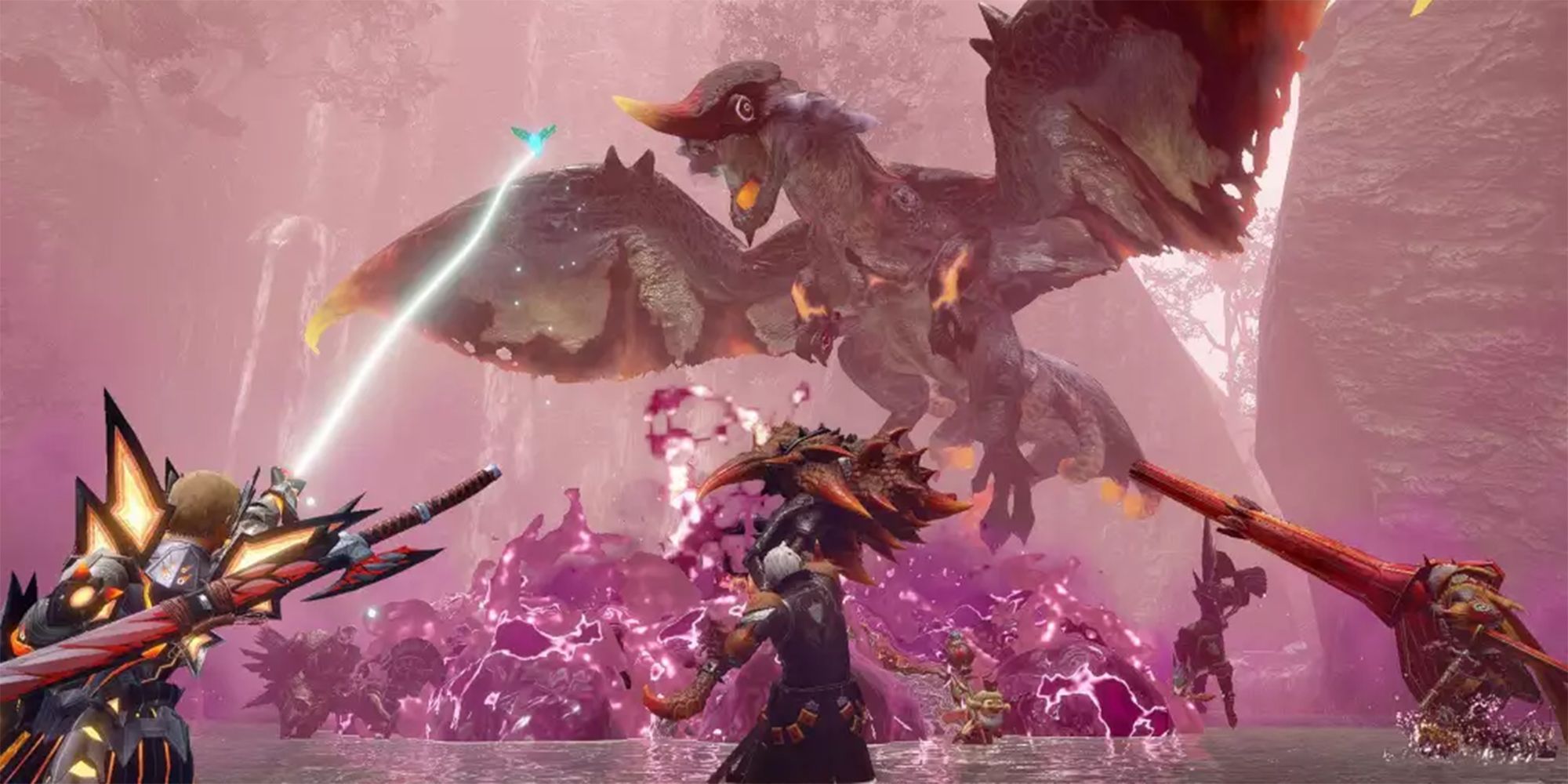 At first, this fight will feel very similar to the regular version of Chameleos. It will attack with poison breath and bombs, turn invisible, and cover the area in fog, reducing visibility. However, later in the fight, when Risen Chameleos is enraged, it will enter its Risen state, dealing damage in a large explosion around itself as its scales turn orange and it covers the area in a pink mist.

While in its Risen state, Chameleos becomes much more dangerous. Its attacks will have drastically reduced animation time, and each of its poison-based attacks will deal more damage. To knock Risen Chameleos out of this state, you'll need to deal enough damage to it. Remain on the assault, targeting its weak points, to knock it back into its normal state.

Throughout the fight, Risen Chameleos will become invisible. However, keep in mind that although the monster is invisible, you can still damage it. Most likely, when invisible, Risen Chameleos will attempt to ambush you with a high-damage slam attack or one of its various poison-based attacks. If you're having trouble with the monster's invisibility mechanics, you can break the horn on its head to lessen its effectiveness of them. 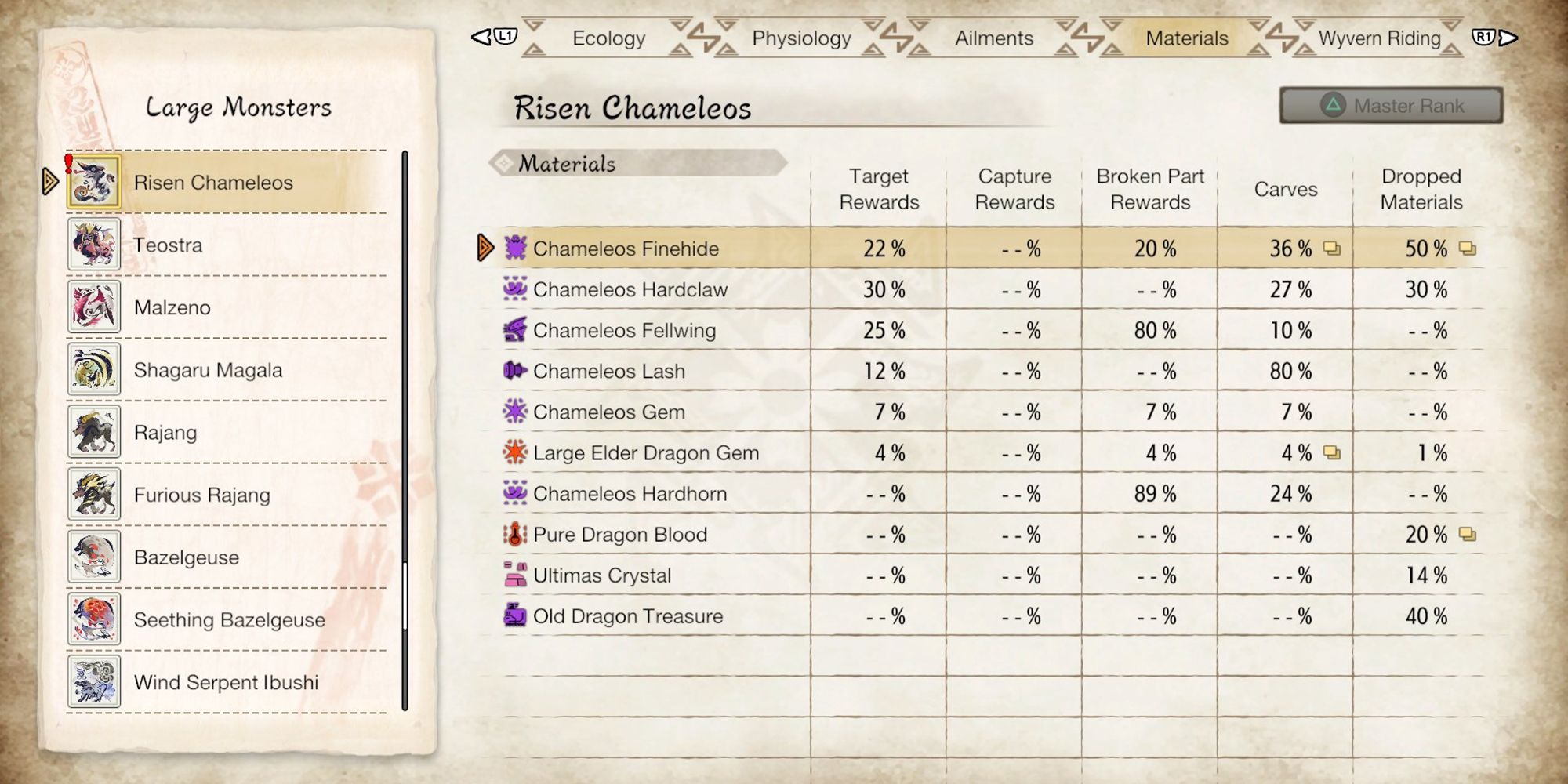 Upon defeating Risen Chameleos, you will obtain the following materials. Note that these materials are the same drops as normal Chameleos, with the exception of the new Chameleos Risegem, which is used to craft its new Risen Mizuha armor set.