Seregios is a golden-scaled Flying Wyvern in Monster Hunter Rise: Sunbreak. This fierce monster launches its scales at its targets, inflicting Bleeding. Usually found in the Sandy Plains, Seregios are very territorial monsters, and will defend their turf aggressively.

You will first encounter Seregios in the Key Quest 'A Thousand Scales of Dread', unlocked at MR4 in Elgado. Let's take a look at Seregios's strengths and weaknesses, attacks and moves, the best equipment to use, and some tips for defeating it. 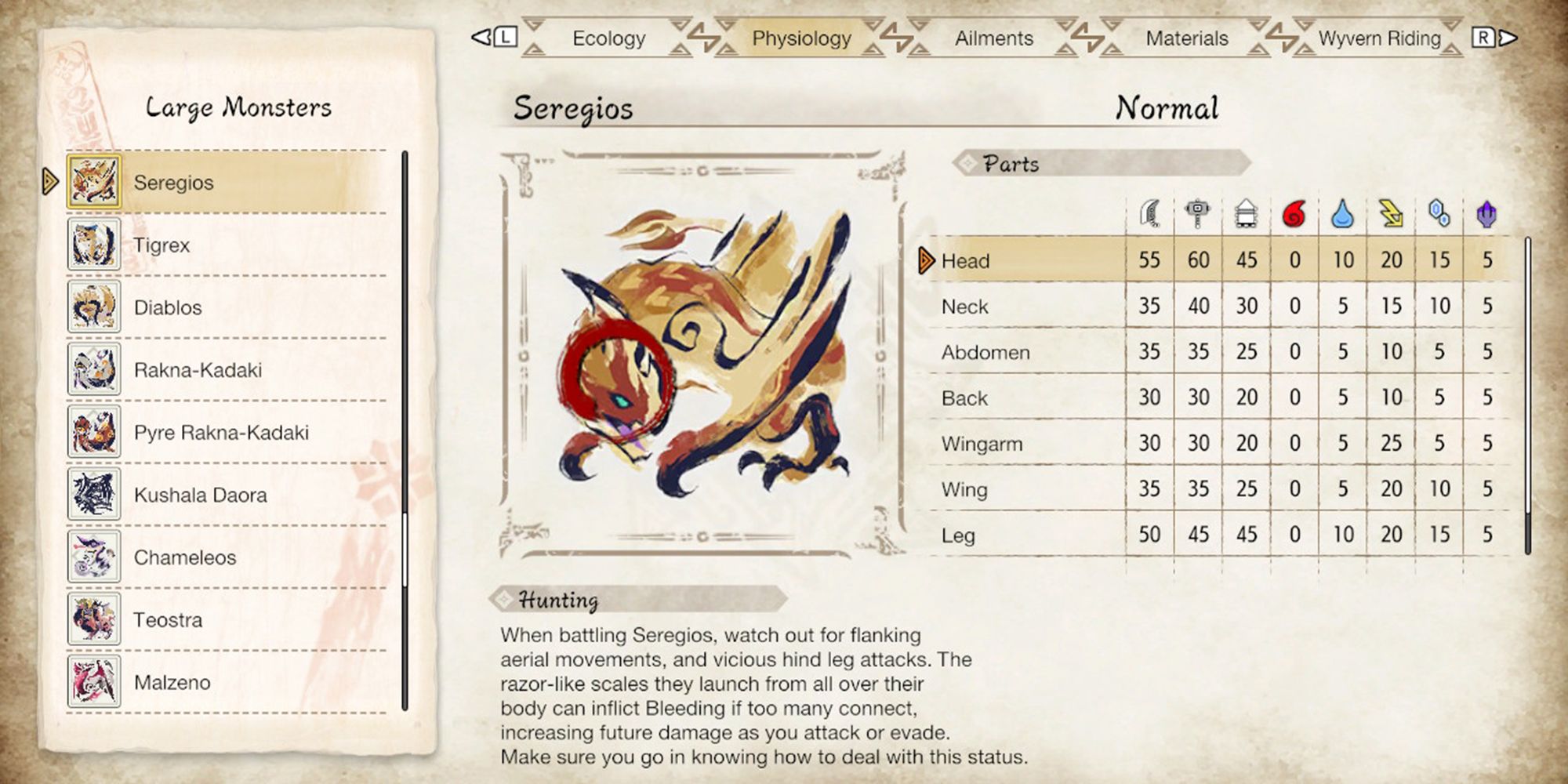 Seregios is weakest on its head, which is coincidentally the safest place to be when fighting it. Unlike other Flying Wyverns like Rathalos and Tigrex that frequently attack with their mouths, Seregios doesn't have many mouth attacks, making this a safer place to attack than, for example, its legs, which it uses in many of its attacks.

For elemental weaknesses, Seregios is weakest to Thunder attacks. Be sure to craft a weapon with the Thunder element if you want to deal the most damage to this monster. Conversely, avoid bringing a Fire element weapon, as Seregios is completely immune to Fire damage. 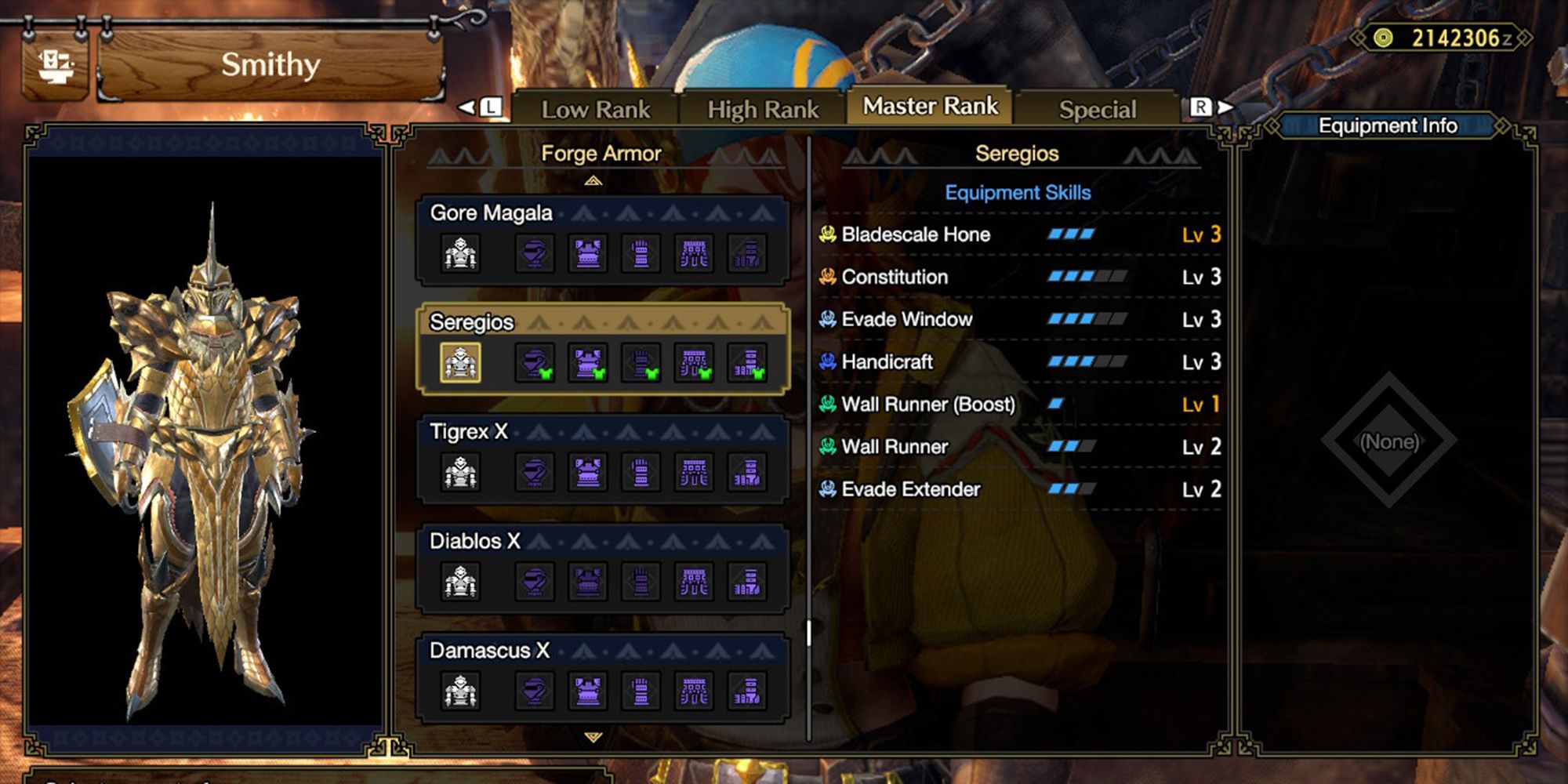 Because Seregios is weak to Thunder and Ice, weapons with these elements are the best two options when deciding on your equipment. Seregios has a fast, aggressive attack style, making weapons of similar speed better for dealing with its swift assault; Dual Blades, Sword and Shield, Longsword, or Insect Glaive will be good, but remember to use the weapon you are most comfortable with, as this will bring the best results.

In addition to its fast attacks, Seregios employs a rare status effect: Bleed. A few of its attacks inflict this status effect, namely its scale-throwing ability. When Bleeding, your health will rapidly deplete while you move. To cleanse Bleed, you'll need to crouch for a few seconds while the status heals. Alternatively, you can eat a Well-done Steak or Sushifish to immediately heal Bleeding. Armor skills that boost natural health recovery will also cleanse this status effect faster.

Besides Bleeding, Seregios has no other elemental or status effects in its arsenal. Because of this, it's better to bring armor with good overall defense, and whichever armor skills you are most comfortable using, whether that be full offensive or defensive ones. 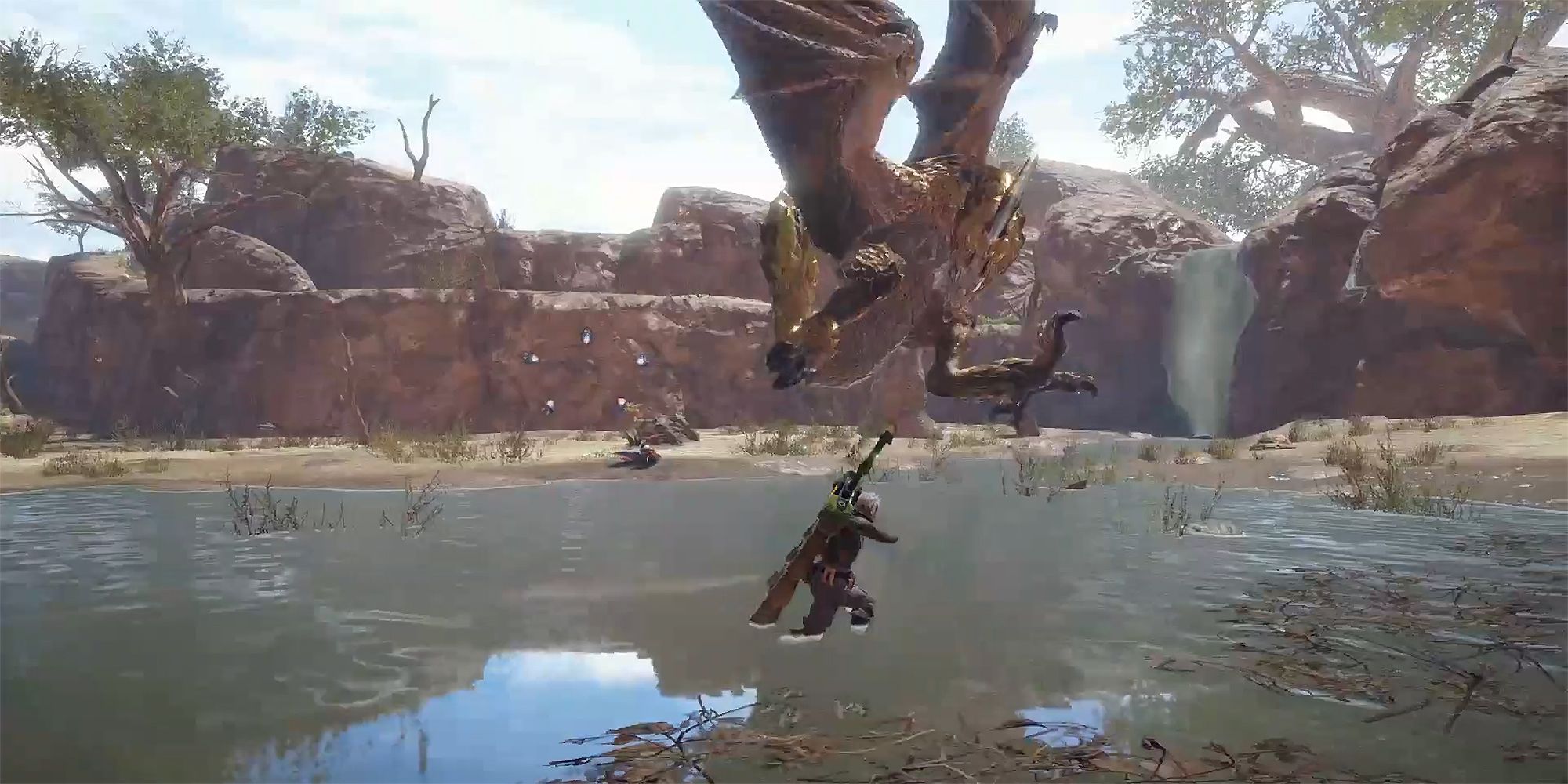 As mentioned above, Seregios mainly attacks with its legs and tail, making its head a good place to attack without worrying about being hit. Throughout the fight, it will fly into the air and execute flanking attacks, attempting to pivot on the spot to attack you from the side or behind. When Seregios flies up or jumps back, get ready for a charging attack with its feet forward.

After Seregios performs a swooping attack is your opportunity to counter. Seregios will usually pause for a moment after one of its aerial attacks, making this the perfect time to get some hits in. Don't get too comfortable here, though, as Seregios's fast attacks can catch you off guard if you attack for too long.

At longer ranges, Seregios will launch its scales at you, sticking them into the ground where they land. If you are hit by one of these, you will be inflicted with Bleeding, which can make dodging Seregios's follow-up attacks more difficult. Focus on dodging its next attack before curing the Bleed effect, or start crouching right away if the coast is clear.

When the scales on its back stand up, Seregios has entered the Enraged state, increasing the frequency and ferocity of its attacks and the effectiveness of Bleeding. While Seregios is enraged, play more carefully, and be sure not to get too greedy with your attacks. After dealing enough damage, it will leave the Enraged state and return to normal.

While fighting Seregios, always be watching its claws and middle section. When it performs an aerial attack, it will either charge straight ahead with its claws forward, or dodge to the side before swooping behind you. Watch carefully to determine where Seregios is moving, and dodge to get out of the way of its attack. After an aerial side lunge, Seregios will often repeat the attack, so be ready to dodge it for a second time. 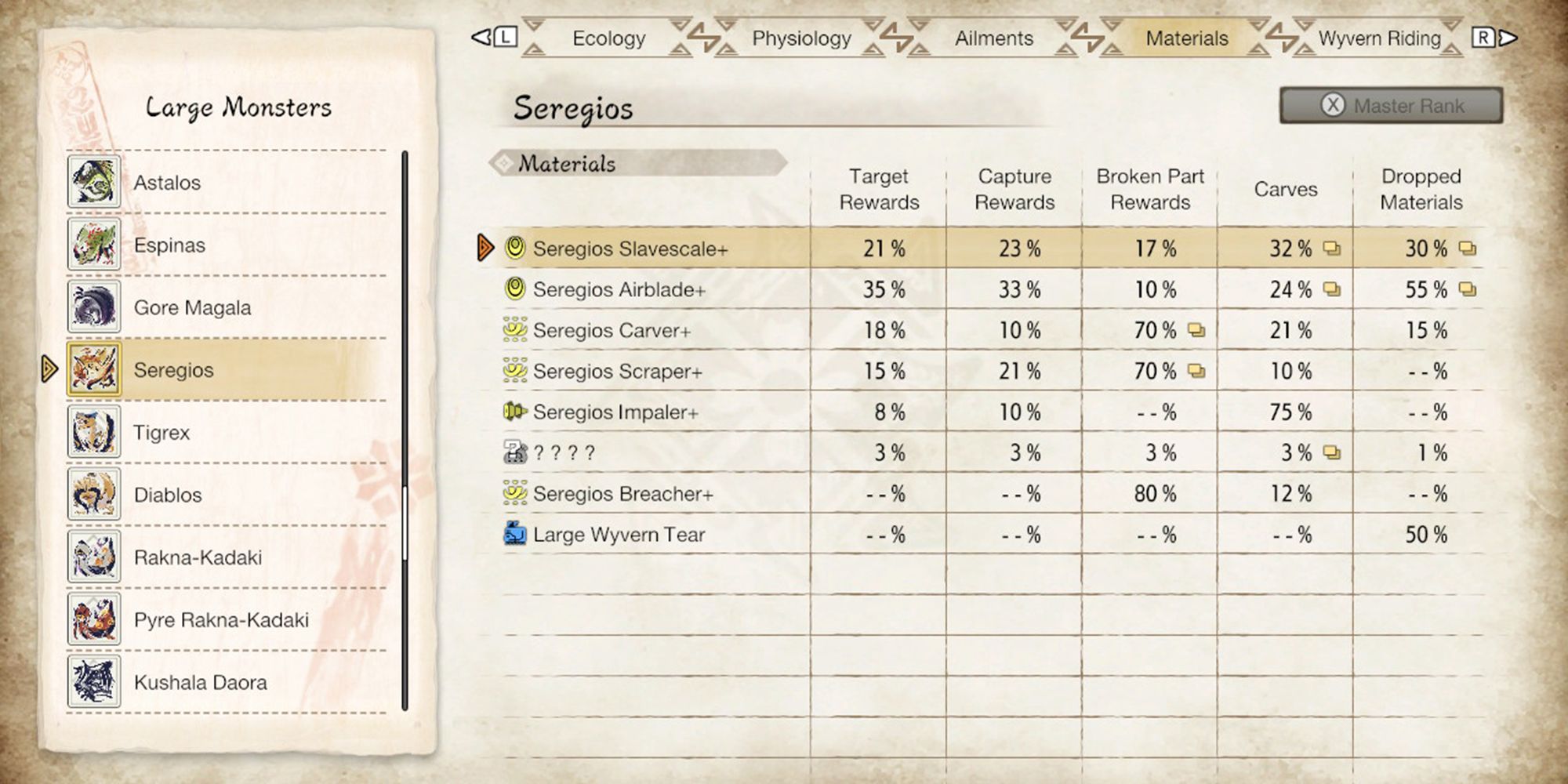 Seregios has a chance to drop the following materials after slaying or capturing it. Some of these materials are also possible rewards from dropped parts during the hunt.