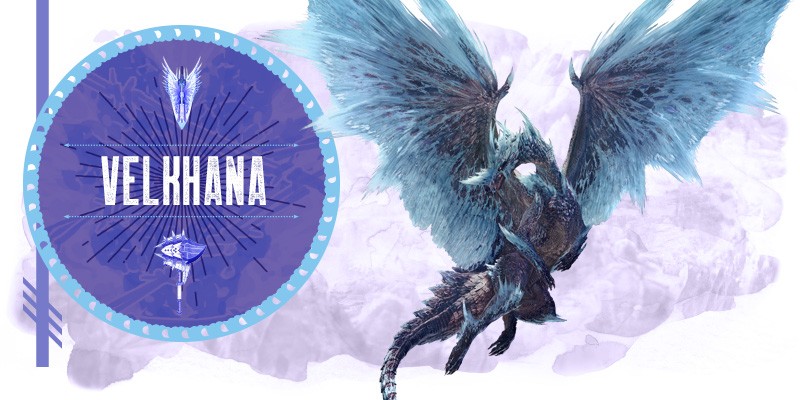 Over the past couple of days, we’ve taken a look at Barrioth and Banbaro, two of the monsters from Monster Hunter World: Iceborne. We’re going out with a bang, with an examination of the expansion’s flagship monster, the elder dragon Velkhana.

Iceborne’s frosty new setting of Hoarfrost Reach gave the Monster Hunter team an obvious creative direction when it came time to design its flagship monster. “We wanted to make sure that the elder dragon associated with this area made sense, so naturally it went to an elder dragon with the theme of ice,” says Kaname Fujioka, the game’s executive director and art director. “One of the defining features with elder dragons in general is we feel they have a much higher affinity to the element that they’re associated with.

Fortunately, we didn’t have an elder dragon that focused on ice, so we felt that this was a natural transition to creating an elder dragon with a high affinity toward ice.” In other words, while you may have fended off some icy attacks from Legiana in Monster Hunter: World, Velkhana is an entirely different experience altogether.

“Now that we know that the general motif of Velkhana is ice, we wanted to make sure that we put all of the different details into making sure that the player is able to see that motif,” Fujioka says. The design team put particular emphasis in carving out a distinct silhouette for Velkhana, so players could tell at a glance what element it’s associated with. It looks distinctly different from the elder dragons you may have seen in Monster Hunter: World, which generally have more of a beefier, brutish look. In contrast, Velkhana is almost svelte.

“In the beginning, we wanted to envision an elegant monster and kind of envisioned it having a bird wingspan, so to speak, as kind of the initial imagery,” Fujioka says. “The wingspan idea was a cool idea, but we wanted to make sure that the general shape and silhouette of the elder dragon this time around was very different from previous elder dragons. … Because it has a high affinity toward ice, we wanted to sharpen up the edges and make sure that’s much more well defined, as well as it having more of a whiplike tail. That’s something you didn’t see in previous elder dragons.”

It took several iterations and false starts before the team came up with a general shape. Then they ran into another problem: How does it use the ice? To make matters more complicated, the Monster Hunter team tries to work within the realm of plausibility. As far-fetched as these monsters may seem, the designers agonize over coming up with explanations for their various abilities beyond shrugging and invoking the supernatural. The same goes for Velkhana.

“We didn’t want it to be defined as, ‘Oh, it’s able to use these ice attacks by performing magic,’” Fujioka says. “We didn’t want that kind of characteristic; we wanted it to be grounded in some level of believability. That was kind of a starting point there. We bounced a bunch of different ideas amongst ourselves, and what we ultimately chanced upon was the idea of supercooling, where liquid immediately turns to a solid under certain conditions. We felt that would be a very interesting concept to base an elder dragon on, so we went in that specific direction.”

When you first encounter Velkhana, it isn’t aggressive. You can walk around it and admire its iridescent sheen without having to worry about being attacked. It doesn’t view you as a threat, or much of anything, really. That is, until you attack. Once you start the battle, it darts into the air and covers itself in a layer of icy shards. It also blasts ice at hunters. What’s the in-universe explanation?

“When it shoots an icy breath it’s liquid while it’s still breathing, but the moment that it hits the ground that liquid immediately turns to ice,” Fujioka says. “At the same time, if it’s interacting with the air around it there’s kind of a more dense fog that breath is able to interact with that fog and create ice in midair.” Between Velkhana’s scales are ducts that excrete the liquid that it can freeze to armor itself up when necessary. “Again, it’s grounded a little more in the believability, but executing these almost magic-like attacks.

Since Velkhana is an elder dragon, the gear you can craft from it has to be impactful. The team didn’t scrimp when it came to this aspect of Velkhana’s design. “We went through multiple concepts and ultimately landed on the idea that you would wear something that is almost like a suit of armor in combination with a dress,” Fujioka says. “This is the final version of the Velkhana armor set, really showcasing that elegance of wearing a dress and seeing the intricacies of if you were to actually put on different components of ice. The whole idea is that the visuals are a suit of armor, but the silhouette is like a dress and kind of having that elegance in both dimensions.”

For the weapons, the designers incorporated elements of Velkhana’s form, including its wingspan motif and its whip-like tail. “Similar to other elder-dragon armor sets, those armor sets have unique skills associated with them,” Fujioka says. “We have that same thing happening with Velkhana as well, so please look forward to that.” 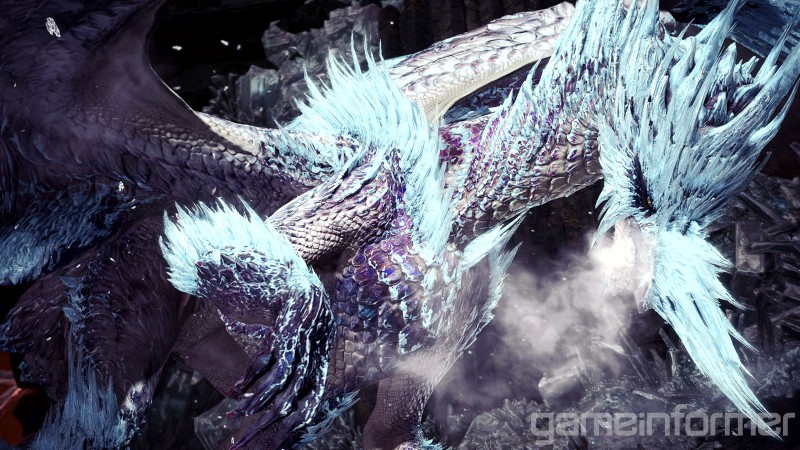 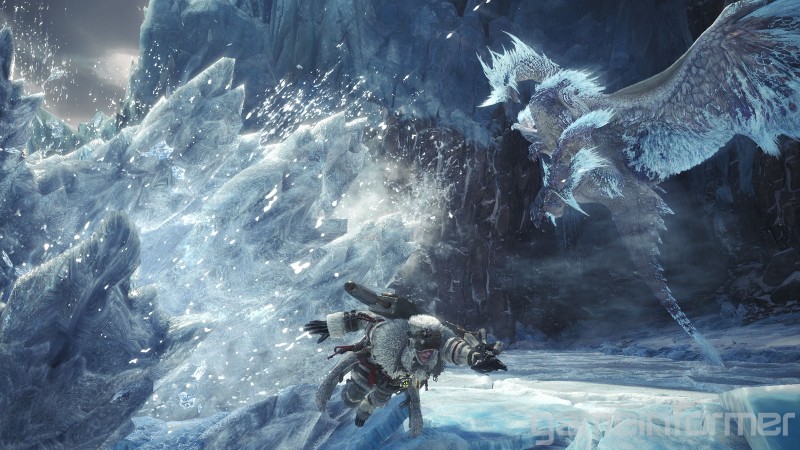 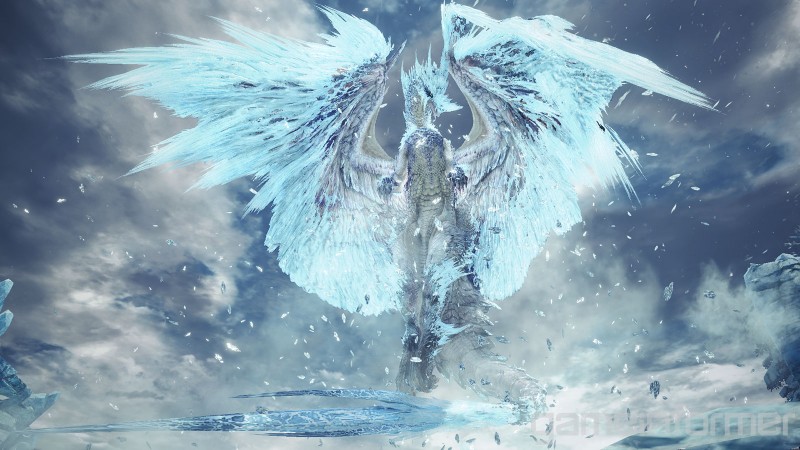 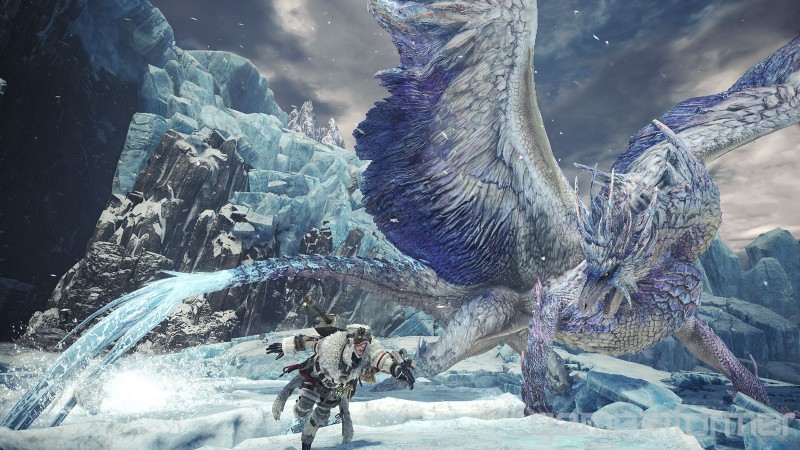 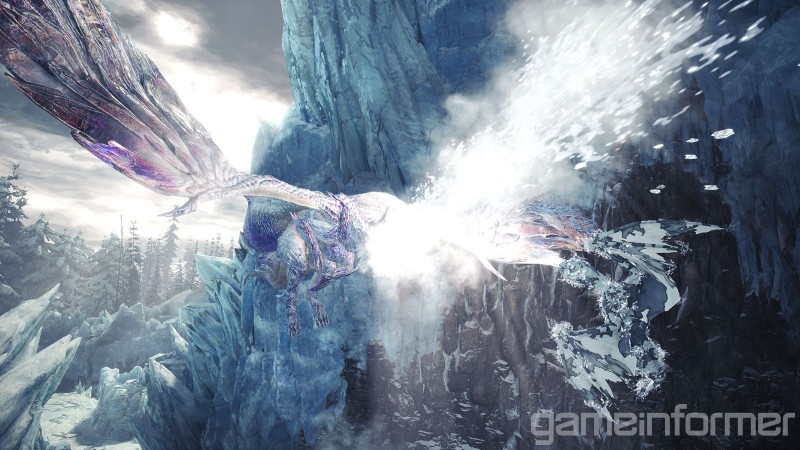 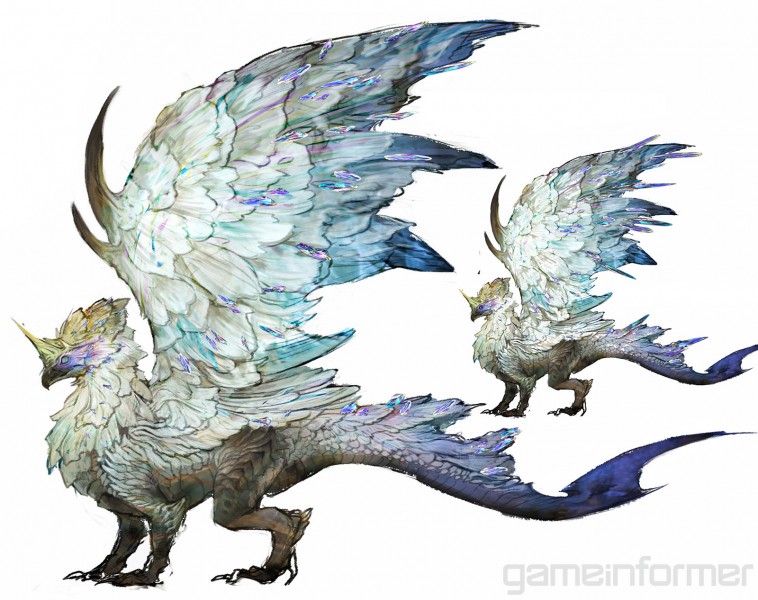 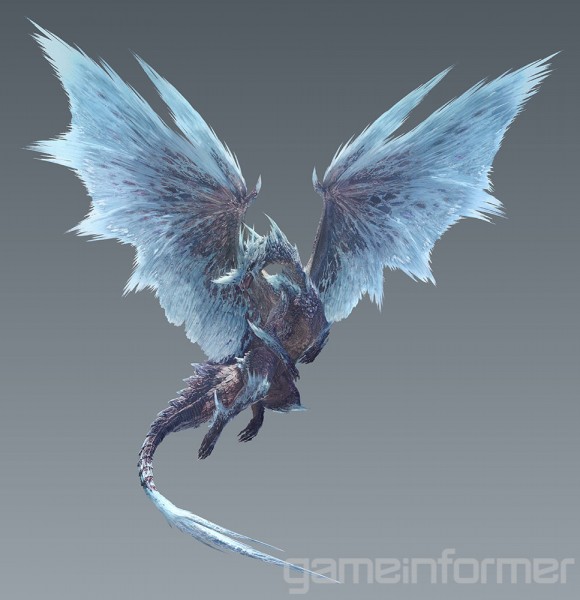 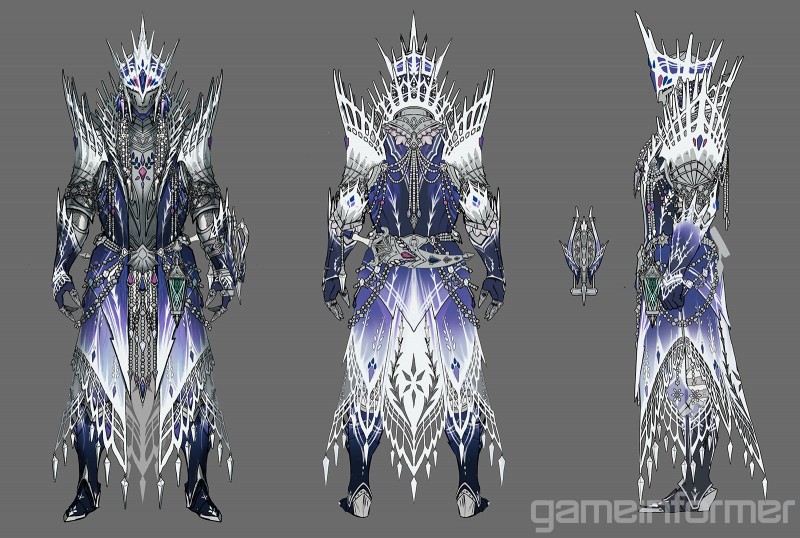 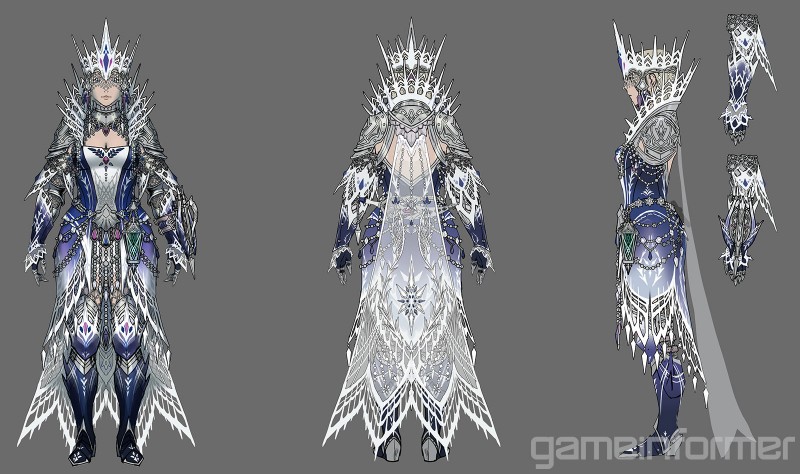 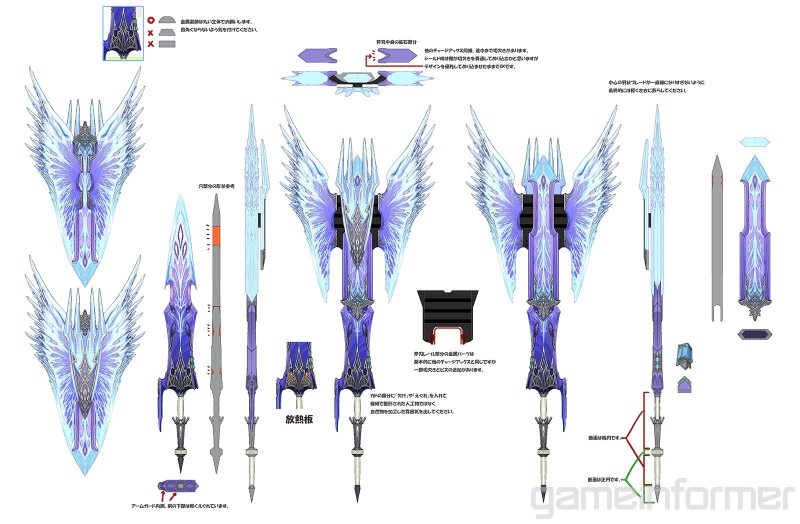 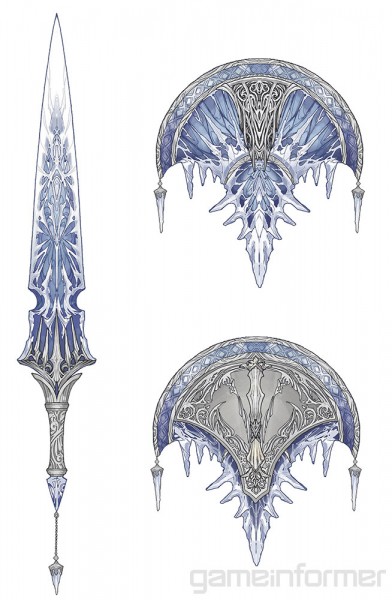