In a game like Monster Sanctuary, team composition is of the utmost importance. You'll need a keen knowledge of your teammates, your builds, and all the abilities you have at your disposal. Some of the most useful monsters in the game have access to powerful buffing skills, that bless your monsters with boosted stats or extra effects.

Buffer monsters will often have passive skills or auras (passive skills that affect the entire party) that accentuate a particular buff or two, and others may simply provide bonuses based on the number of buffs active at any one time – some might just be able to grant a whole ton of buffs. 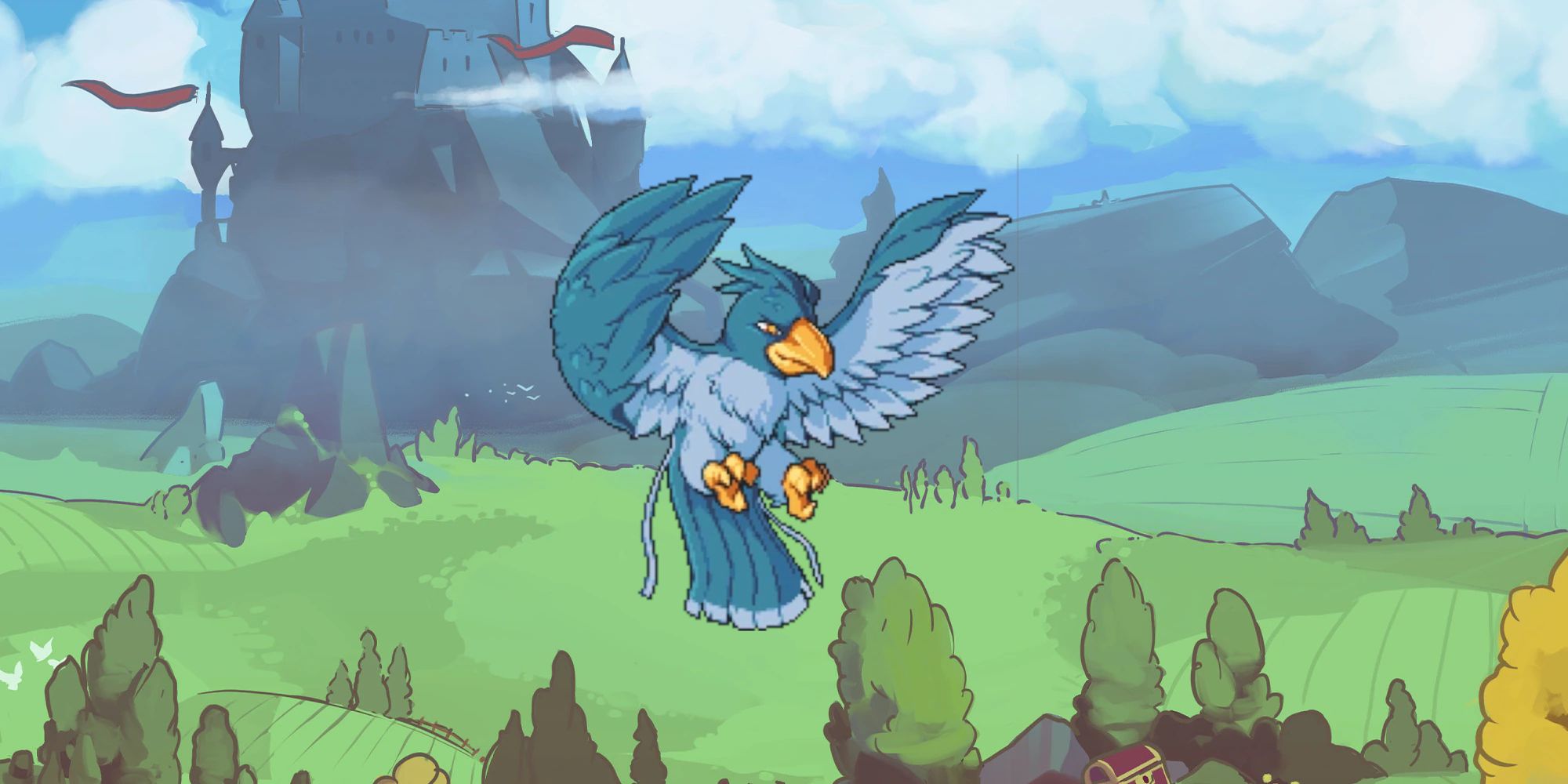 Silvaero has quite a few things going for it. Firstly, it's a decent hybrid attacker with access to the Chill ailment, which synergizes well with its Sub Zero aura, making Chilled enemies take more damage. Pair it with a Congeal monster and you've a winning combination.

It's in the buffing department that Silvaero shines, however. I has access to Power and Teamplay, letting it bless your party with Might, Sorcery, Sidekick, and Barrier, all at once. Add to this the Buff Charging passive and the Heroic Party aura, and you've got an easily-set up path to victory. Throw Improved Sidekick in there for extra utility.

The only problem is that once all the setup is completed, there's not much for Silvaero to do. 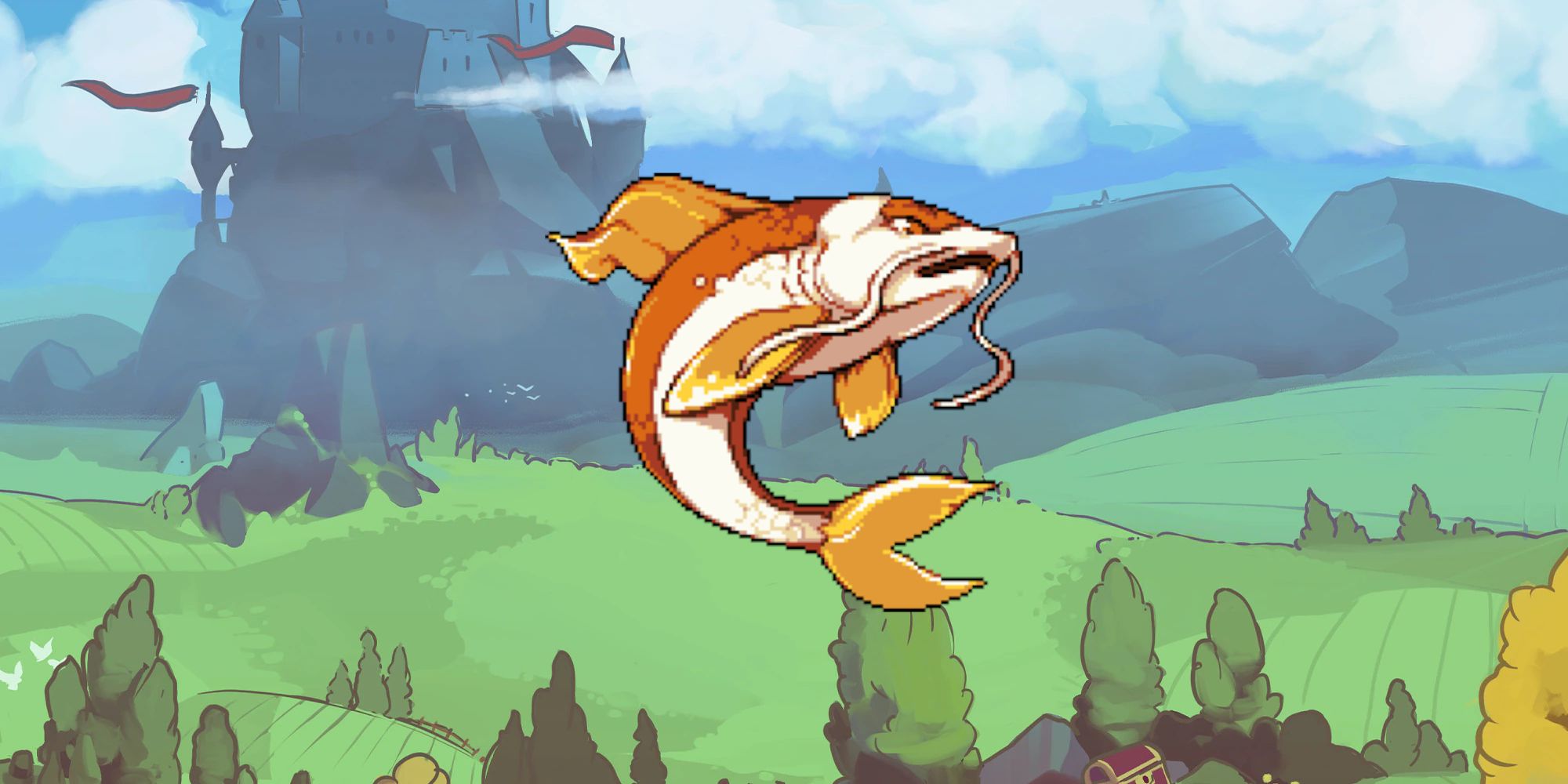 While the Koi looks like 'just a fish,' it's actually a pretty fantastic support monster in this game. Its moveset lets it apply Glory, Agility, and Regeneration, making it great for tanky and critical-hit-centric monster allies alike. While both of its buffing moves apply Glory, its Multi Glory aura (as well as Glorious Spark) doesn't make this redundant and in fact will increase your critical output.

Once everything is set up, Koi can serve as a pretty decent Healer and can inflict some damage with self-buffing magic attacks. 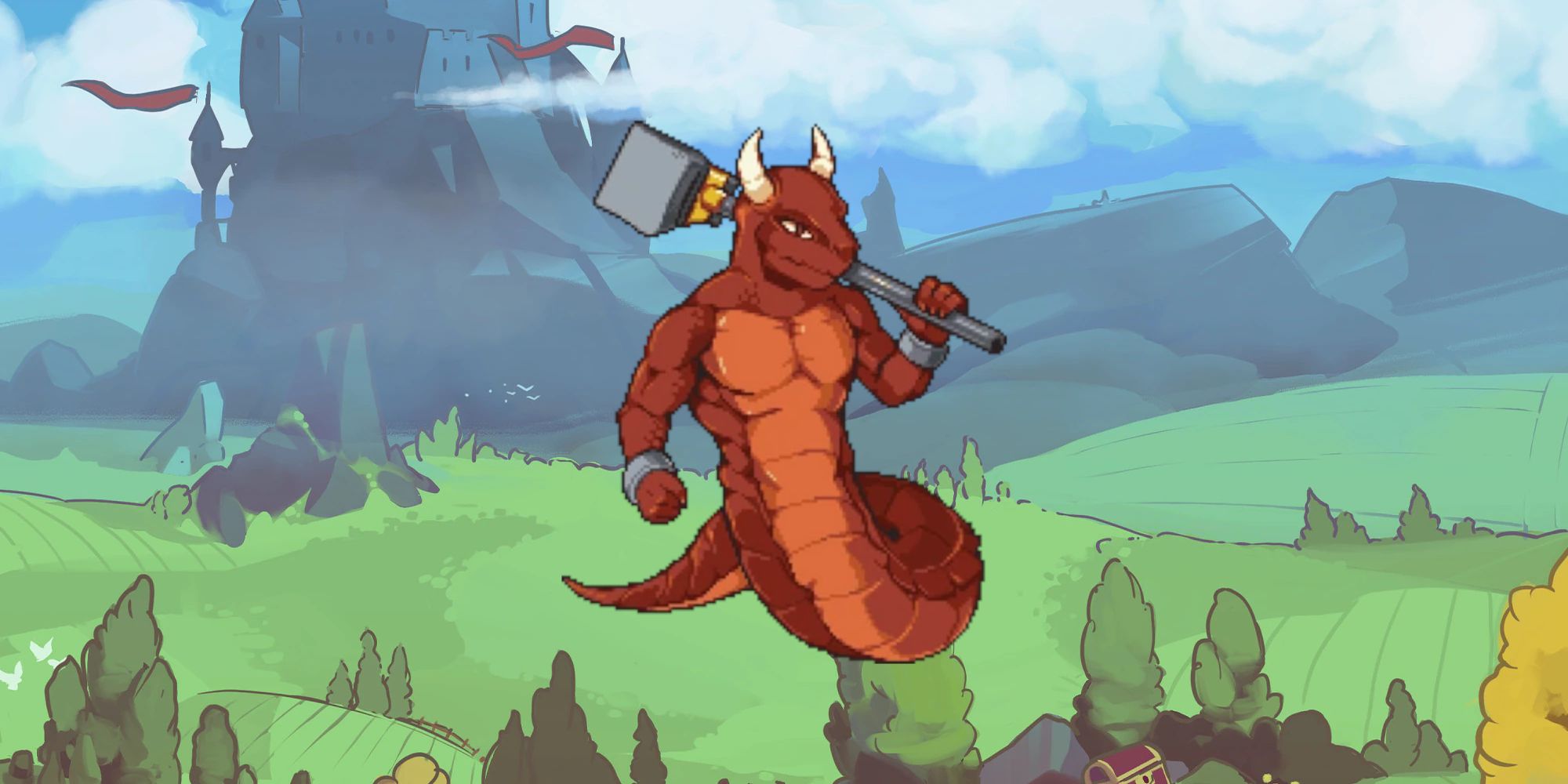 Continuing the run of monsters who have a ton of buff to set, Salahammer can grant Channel, Glory, Sidekick, and Barrier. This is a great all-rounder set of buffs that should benefit any team combination.

It's another monster with Heroic Party, and has Improved Barrier to make the status even better at keeping you healthy. If that wasn't enough, Salahammer also has Forge, which is a party-wide shield move that makes Salahammer even more useful when faced against powerful foes. You might never need a healer with Salahammer around. 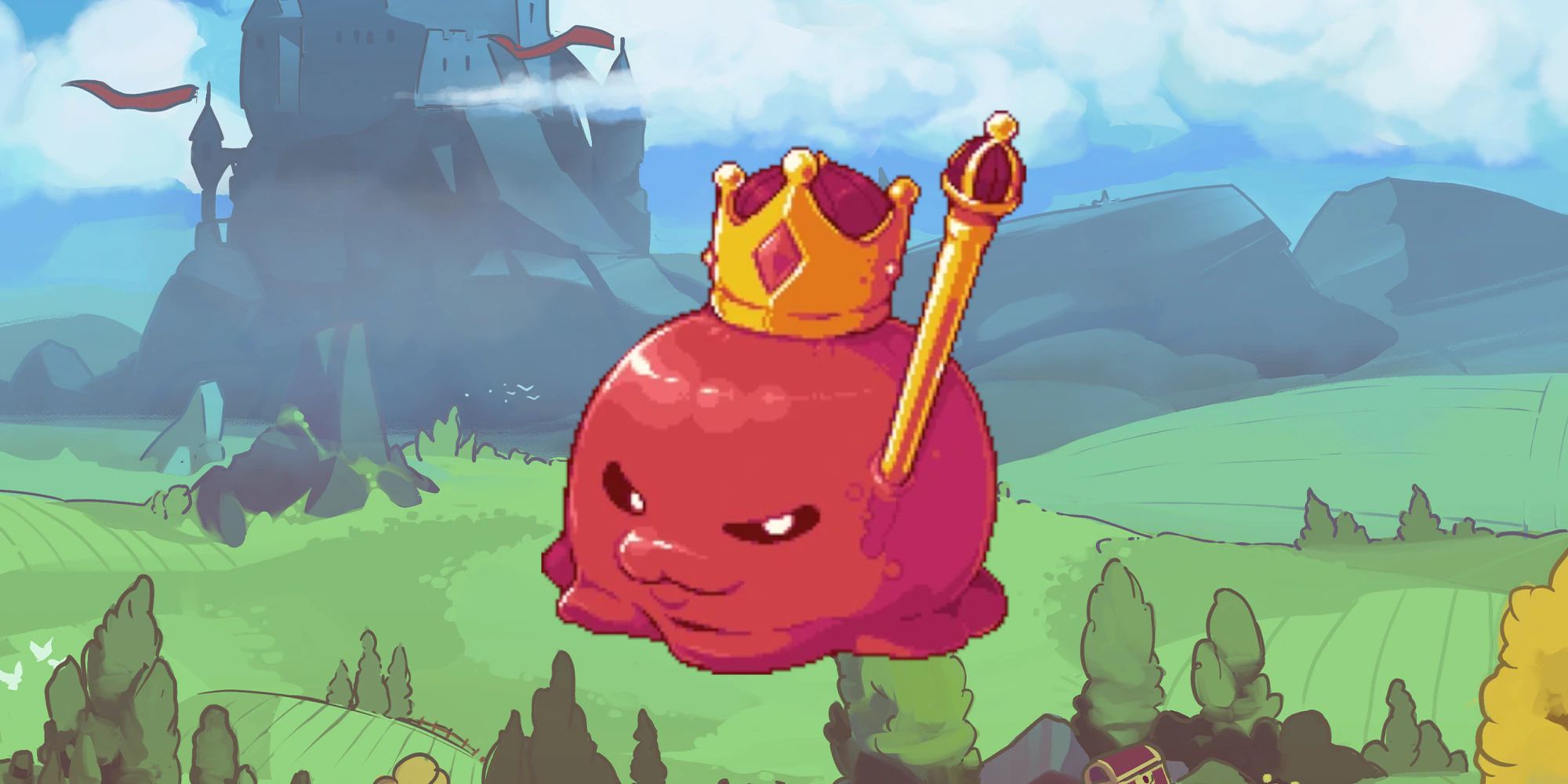 King Blob is a fantastic Buffer when you have an ace monster – a monster who you're relying on to do all the heavy lifting. This is because many of King Blob's moves are single-target support moves.

With Full Utility, one lucky monster gets Channel, Regeneration, Sidekick, Glory, and Barrier. Arcane Shield provides Sorcery and another Channel. Helping Hand is a decently powerful heal with Sidekick and Regeneration attached to boot. That's seven buffs overall. Add to that some Combo passives and Trickster Buffing, which can harm the enemies as you buff, and you've got a pretty great Buffer on your hands. 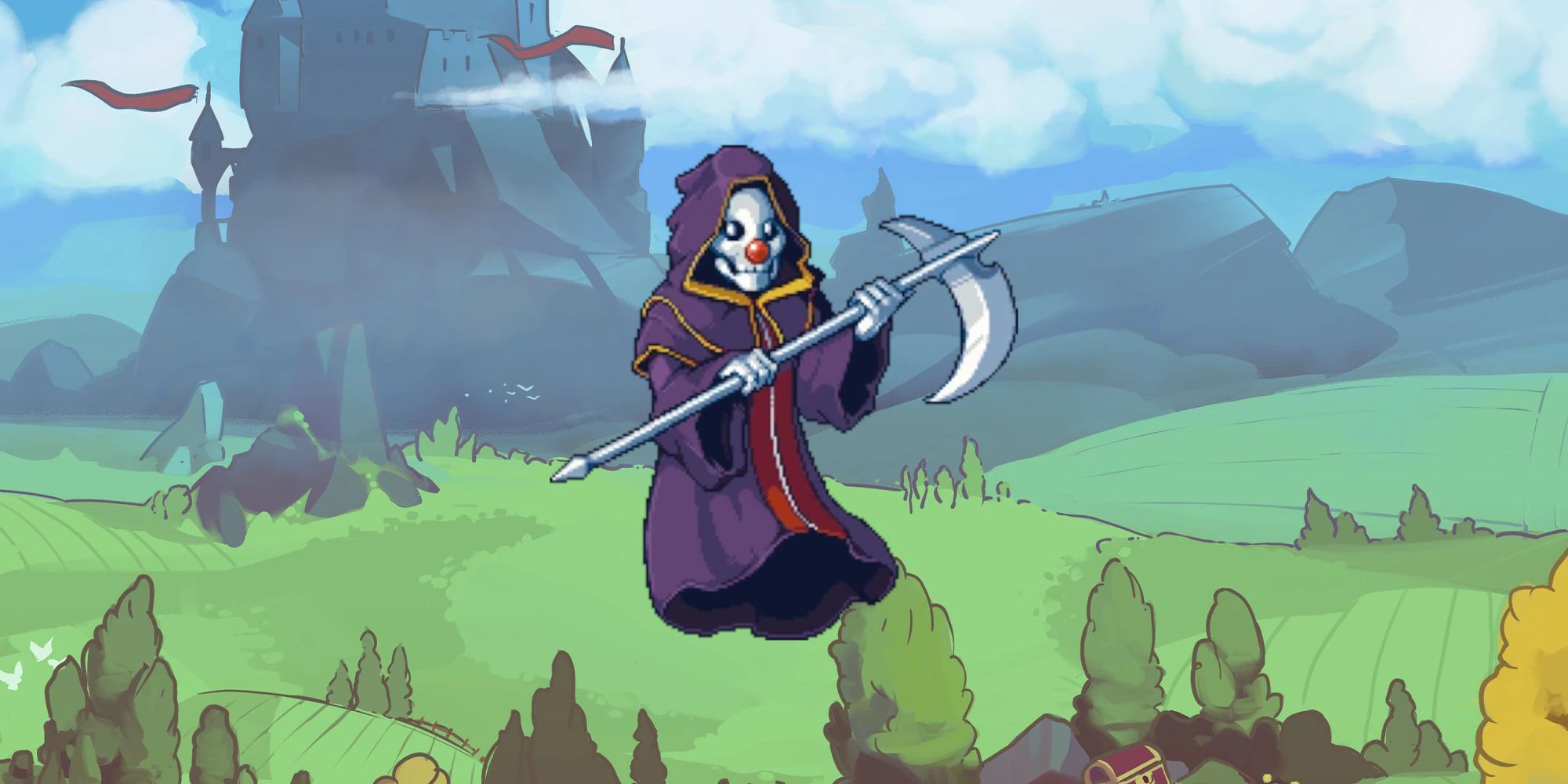 A Thanatos is a pretty capable monster, able to pivot between healing, buffing, and attacking at the drop of a hat. Don't let the clown nose fool you, this monster is dangerous.

Buff-wise, Thanatos has a party-wide Glory and Might move, which is great for physically aligned parties. In addition, with access to Bleed and Blind, it makes for a great offensive monster once buffs are all set up, and Encapsulate can help you protect any monsters vital to your strategy. 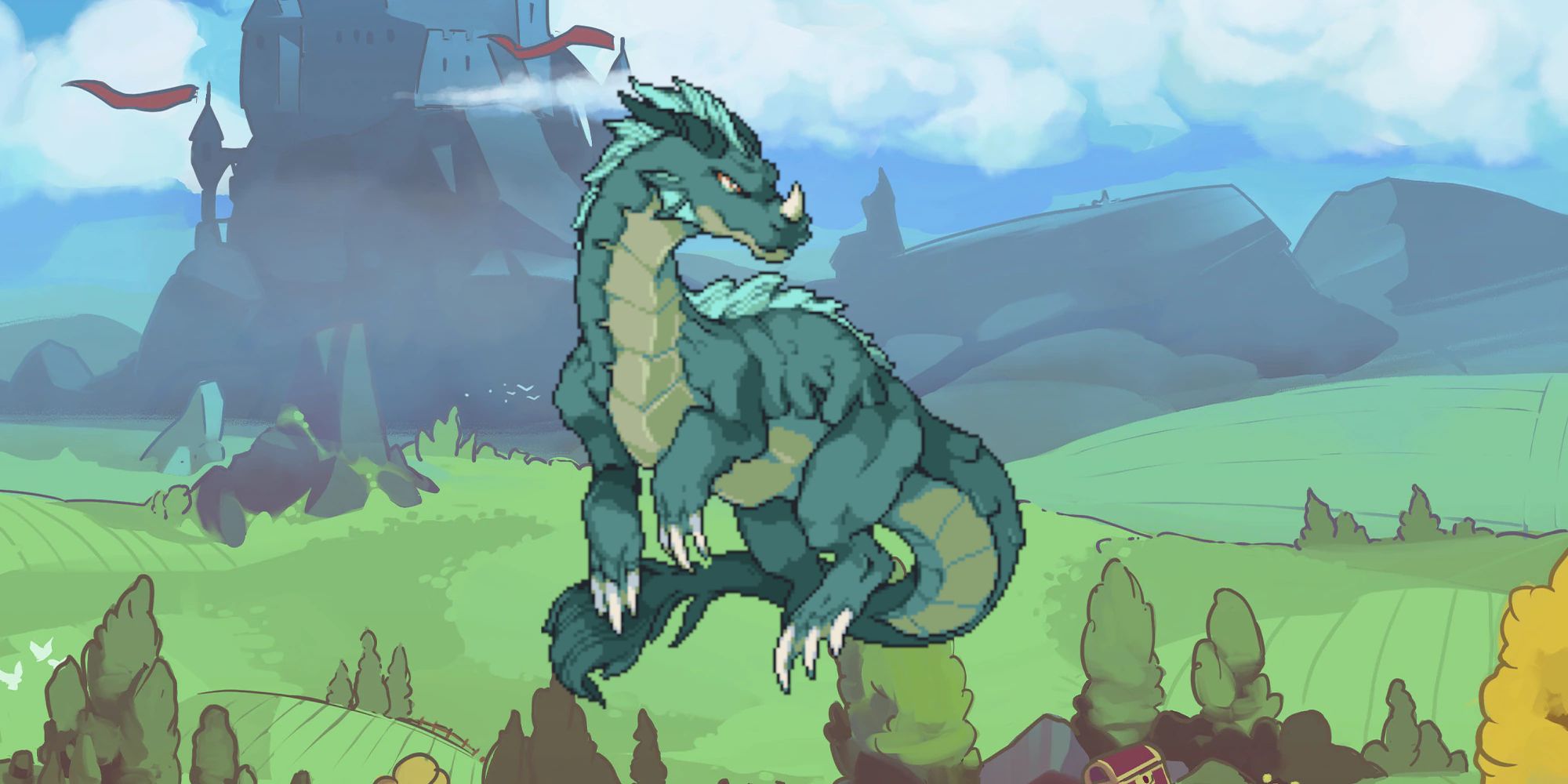 Dracomer is one of the newer Champions added by the Forgotten World DLC and it's quite a unique Buffer. It has access to a whole host of buffs thanks to self-buffing attack moves and the single-target Full Offense move, but it's in the passives that you can see where this monster shines.

Dracomer gets Shared Sorcery, Shared Glory, Shared Regeneration, and Shared Might. Letting Dracomer get these buffs either through attacking or with Full Offense will also spread them to your other party members, making Dracomer an incredibly efficient Buffer with a great turn economy. It's just a shame that it's such a late-game monster. 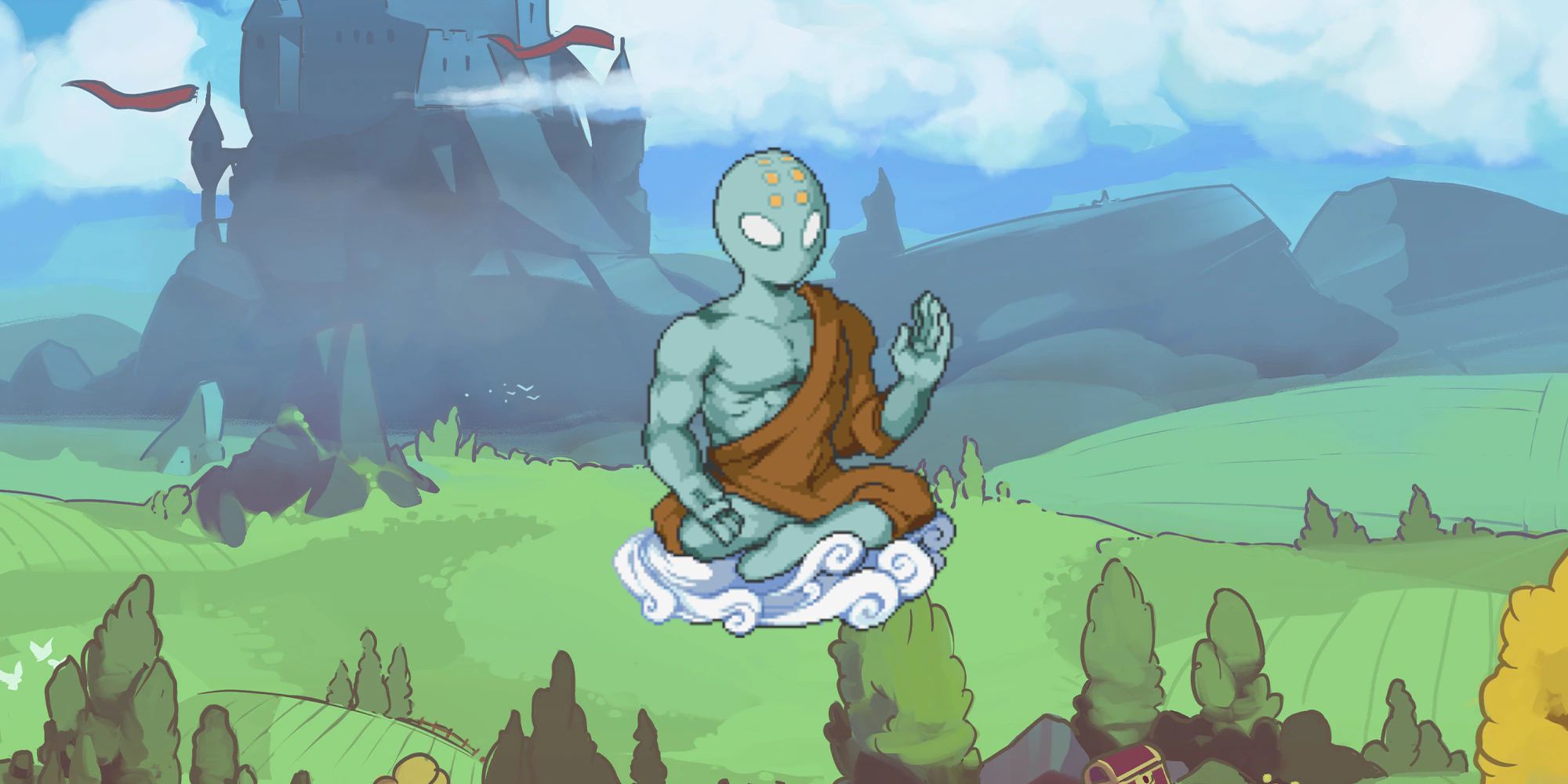 Ascendant might be the best user of the Sidekick buff in the entire game. It has Apprentice, which grants Sidekick and Spellshield to the entire party, and Helping Hand, a heal with Sidekick and Regeneration attached.

With Multi Sidekick and Cleansing Sidekick, Ascendant becomes a fantastic chainer and buff remover with further skills that accentuate these roles, such as Punishment and Meditation. Notably, it also gets Meditation, which gives it a very nice six Charge stacks whenever it spends a turn without attacking – for example when using Apprentice or Healing Wave. 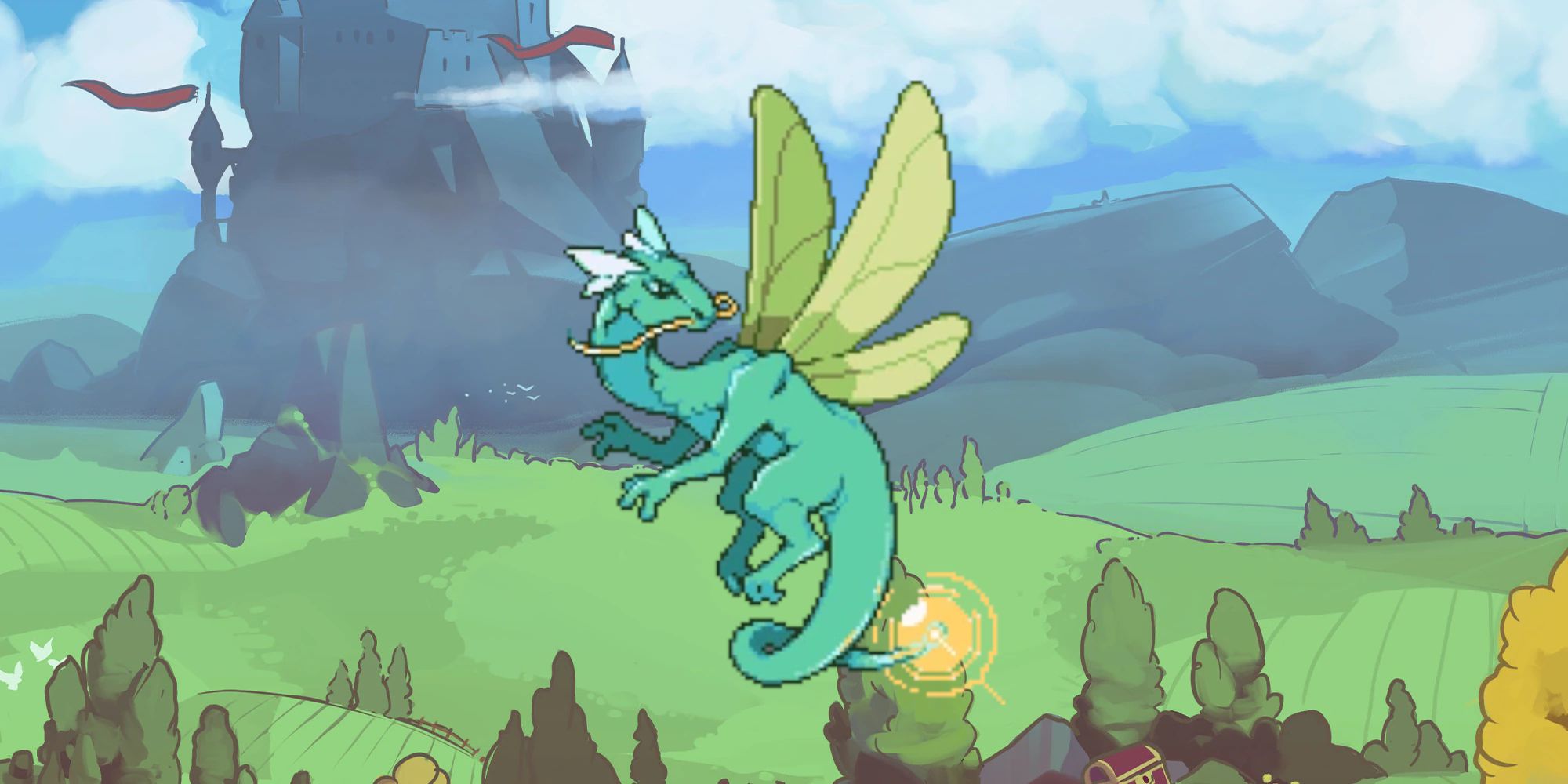 While Glowdra isn't as dedicated a Buffer as many others on this list, what it lacks in pure buffs it'll make up for in Shock and raw damage. The buff of Glowdra's choice is Sorcery, making it a great fit in magically aligned parties.

Its Sorcery kit revolves around Charge Beam, which grants itself the buff, and Shared Sorcery, which spreads it around. Combined with Multi Sorcery and possibly a teammate with the relevant skill, a Glowdra can set up plenty of magic power in one turn. In addition, its Sorcerer skill will reward Glowdra for exploiting weaknesses with more Sorcery stacks and a hefty shield.

Add to this the ability to grant a party-wide Regeneration whilst attacking and Glowdra is a more effective Buffer than it originally lets on. 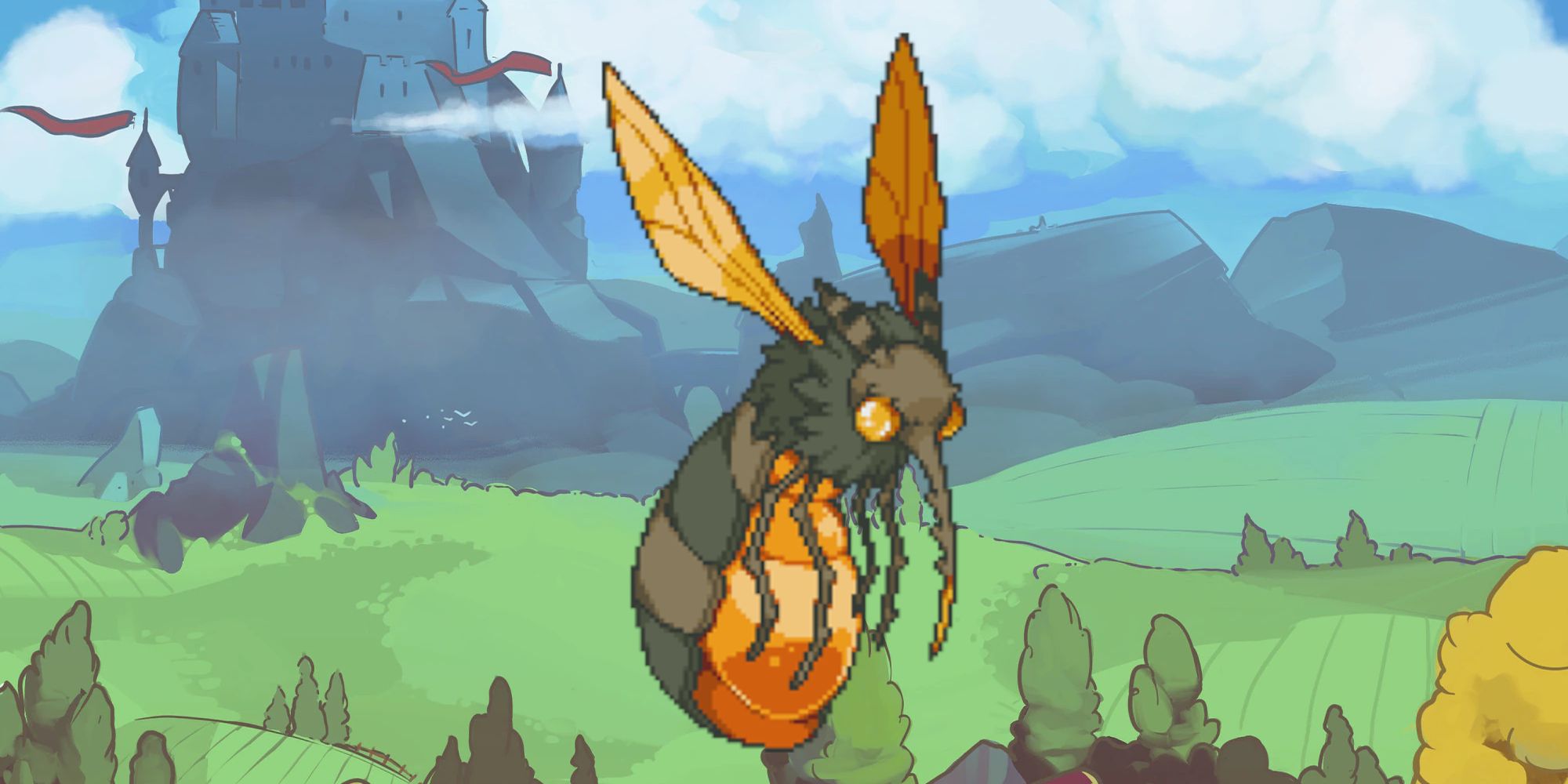 Amerlgna is a monster based around Channel and stacks of Charge. It has Multi Channel, of course, and Channeling Systain, which gives Channel a mana-restoring quality. This is very important for this monster as it also has Mass Mana Charging, which applies stacks of Charge based on how much mana gets restored every turn, and also Charged Chant, which can apply Sorcery, Barrier, and further Channel buffs based on Charge stacks.

Basically, Amberlgna is a self-sustaining Buff machine once it's spread some Channel around, and it even has the rare and incredibly useful Mythic Ultimate for good measure. 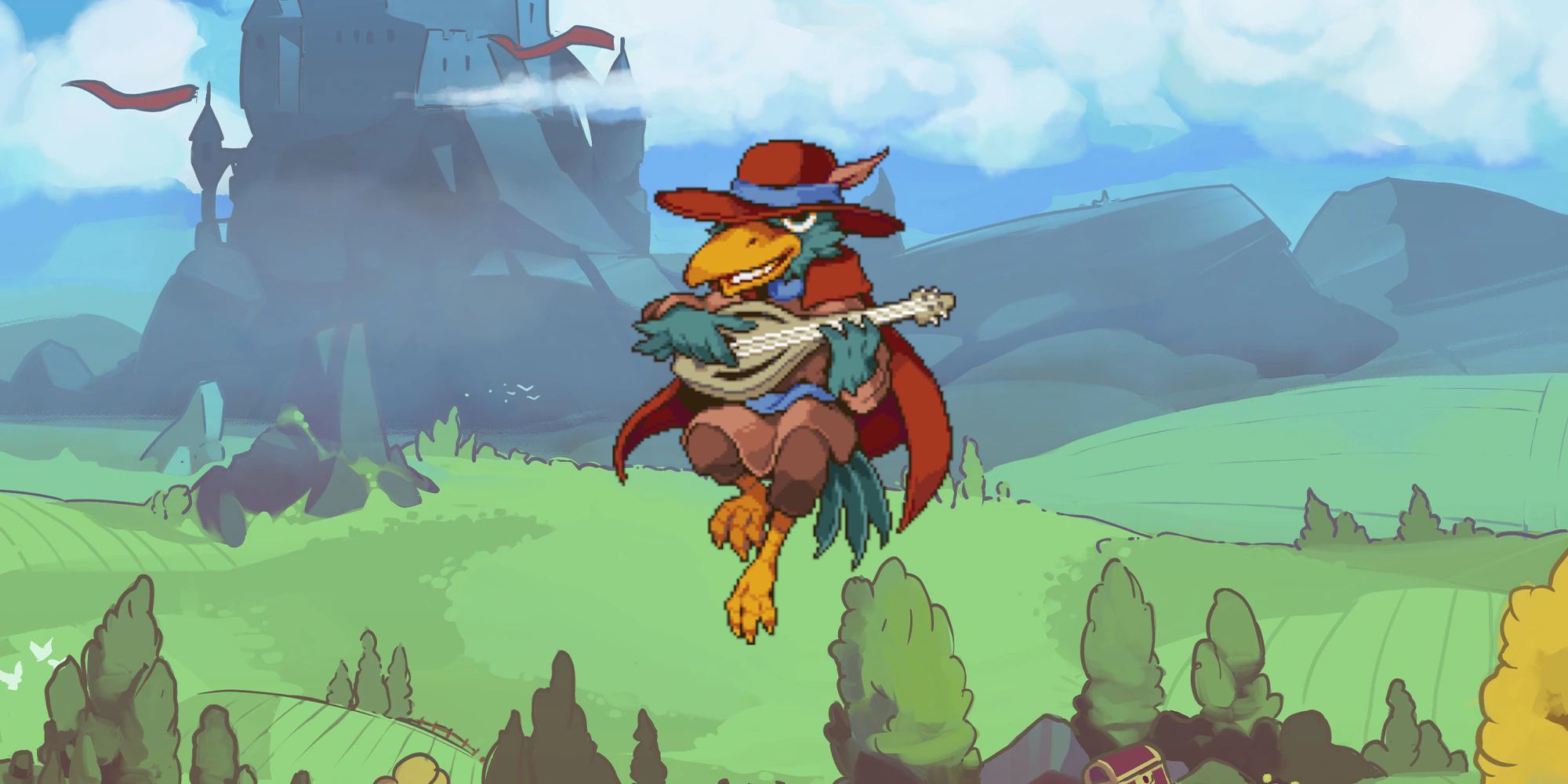 If you're looking for the ultimate in buffing, you might find it in the Bard. Between Riot and Full Offense, Bard has access to the full roster of buffs and can aid a physically aligned team fabulously thanks to Multi Might and Multi Glory. Might is the watchword with Bard, as it also has a self-applying Might through Water Surge and the Shared Might passive, spreading the buff around further.

Once Might is set up, Bard can spend the rest of the fight healing, applying Weakening Shields, and even removing harmful stacks with Minnesangm, which is a very precious ability to have.