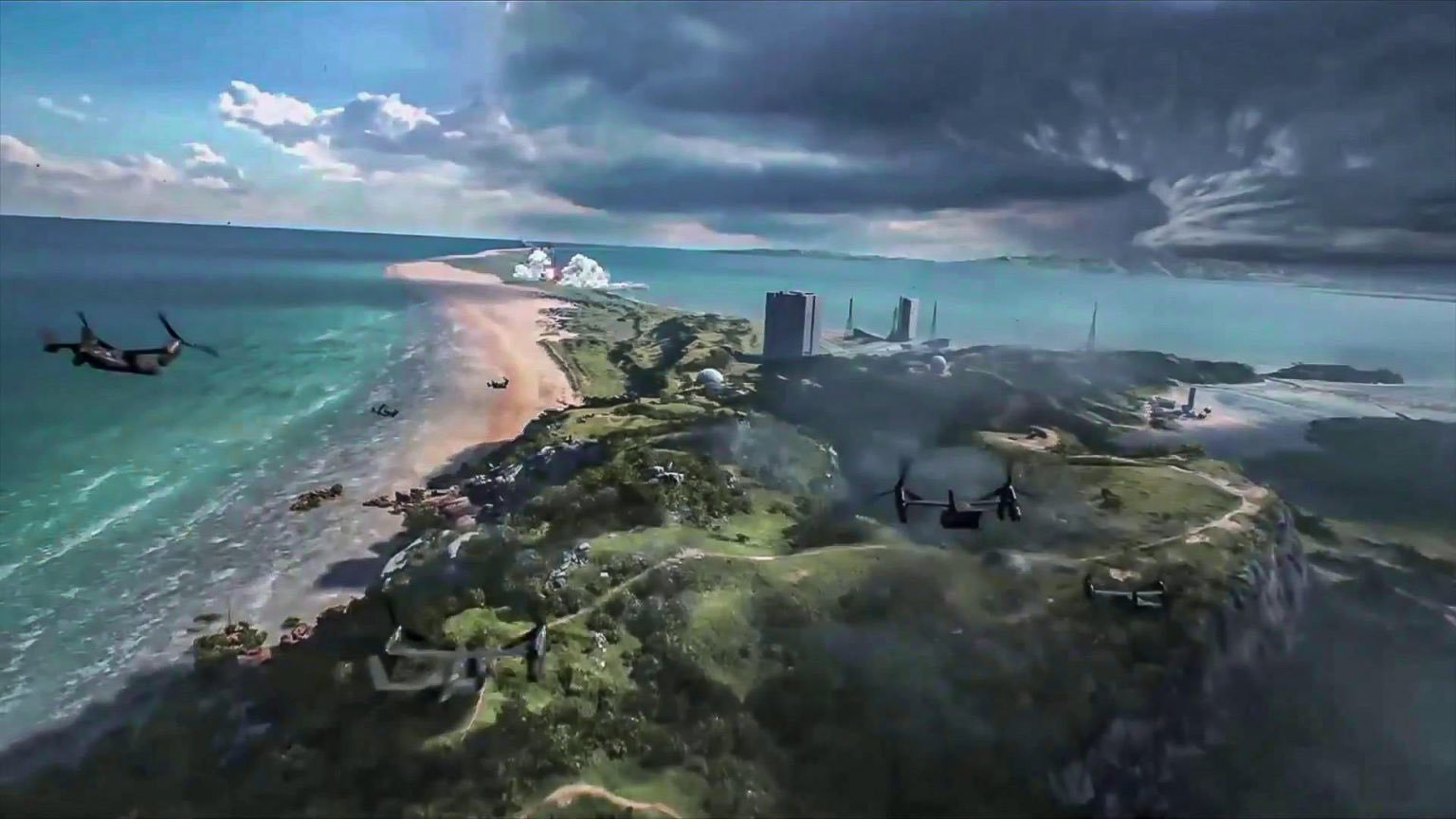 Another round of images from the Battlefield 6 trailer have leaked online, and allow almost the whole thing to be patched together.

With how much of this year’s Battlefield game (nicknamed Battlefield 6 by fans) has leaked online, EA may as well not wait to upload the announcement trailer.

Only last week, a bunch of screenshots from the trailer were shared online and now even more have followed. With the two batches combined, it’s believed that they show off most of the trailer’s content.

All the newly leaked images, and last week’s ones, have been compiled into a single Imgur album and organised to better show how the trailer will play out. The majority still have the stupid LOL guy meme slapped over them, but it’s relatively simple to make out what’s happening in them.

There’s also a GIF version of the screenshots (unfortunately still with the meme), where it shows that the rocket launch near the end appears to go awry and crash for some reason. It’s unclear if the trailer depicts in-game footage or if it’s all pre-rendered, but it’s most likely the latter.

Insider Tom Henderson, who has so far been the main source of Battlefield 6 information, corroborated the images, even saying that they give away 80% of the trailer.

Woke up to even more #BATTLEFIELD leaks. I’d say that we’ve now seen 80% or so of that trailer as a lot of the scenes leaked are all 5+ secs in length…

Henderson is responsible for sharing a lot of important Battlefield 6 details, such as its title (it’ll simply be called Battlefield) and its battle royale mode.

While EA has yet to acknowledge any of the leaked information, the removal of Henderson’s original Twitter account only made his claims seem more believable.

As for what EA has confirmed, the game will release on PC and the new Xbox Series X/S and PlayStation 5 consoles. EA CEO Andrew Wilson did give away that it would still come out on the Xbox One and PlayStation 4 as well.

There is another Battlefield game scheduled to release in 2022 for mobile devices, but it has been described as a completely separate game and not a port of the console/PC version.

Battlefield 6 is scheduled to release this year for Xbox One, PlayStation 4, Xbox Series X/S, PlayStation 5, and PC.