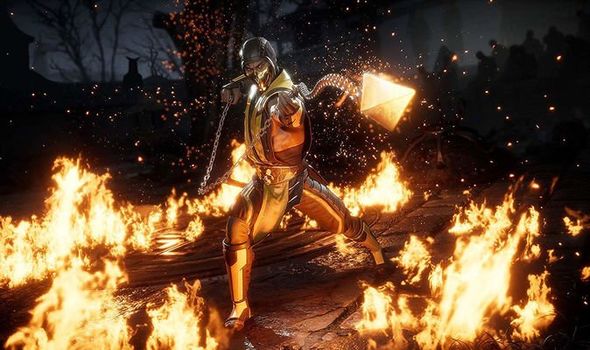 Mortal Kombat 11’s closed beta is about to begin on PS4 and Xbox One.

The Mortal Kombat 11 beta has a March 27 release date and a 3pm GMT start time for fans living in the UK.

The PS4 and Xbox One beta ends next Monday (April 1) at 8am GMT in the morning. Check out the image below for dates and times in the US, Europe and Asia.

With just a few weeks to go before the April 23 release date, the beta gives players a chance to try out a number of the game’s characters and game modes.

If you want to try the early access beta but don’t have a code, you’ll need to pre-order the game to get hold of one. The Mortal Kombat 11 beta site has links for places to pre-order in every participating region.

Unfortunately, however, the beta is only available on PS4 and Xbox One. There’s no word on the Nintendo Switch version.

On the plus side, you don’t need a PS Plus or Xbox Live subscription to access the bulk of the beta, just the online modes. 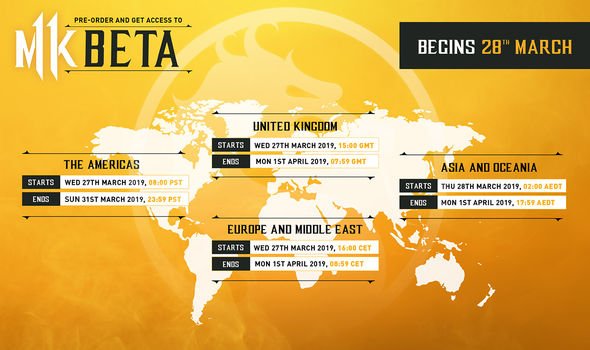 Speaking of game modes, the Mortal Kombat 11 beta contains a variety of online and offline options.

“Gameplay modes offered in the close beta will include online multiplayer matches, along with Towers of Time, a single-player mode where players can test their skills through various challenges, providing more ways than ever to continue the Mortal Kombat 11 experience.”

That’s on top of the ability to customise characters with various different skins and gear.

As new characters continue to be dripfed in the build up to launch, the beta will let players choose from some old favourites.

This includes iconic fighters like Scorpion and the returning Baraka.

Jade, Kabal and Scarlet will also make an appearance as part of the Mortal Kombat 11 beta.

If you haven’t pre-ordered Mortal Kombat 11 beta and don’t have access to the beta, the full game makes its Xbox One and PS4 debut on April 23.