In Mortal Kombat 11, Kronika is the Keeper of Time and mother to some of the most powerful beings in the series, such as Cetrion and Shinnok. However, if you've fought her in the game, you may know her as The Queen of Rage Quits.

With plenty of powerful attacks at her disposal, which she is not above spamming the heck out of, Kronika is a formidable opponent. However, she is not unstoppable. Many players have developed unique methods for taking Kronika down. Here's one way you can successfully approach this battle.

One of Kronika's most dangerous attributes is her numerous damaging projectiles. Not only do they cover a long-range, but they also have various effects. For example, her Time Sphere ability can serve as a projectile attack or an energy beam that reaches across the stage. If the Time Sphere's energy beam pierces you, your character will revert several frames and take damage. When caught in its grasp, the Time Sphere can make you feel like a hostage.

So, how can you avoid these attacks? Playing the defensive may feel more instinctual at the moment. However, if you play too cautiously, Kronika will continue to apply pressure. Then, she'll make enough distance to keep you at bay and use her zoning skills against you. Therefore, the sooner you can get up close and personal, the better.

Another one of Kronika's skills is her ability to teleport. She usually does this after every few attacks. Therefore, stay alert and pay attention to Kornika's whereabouts. Furthermore, use attacks with a lower block disadvantage to avoid giving Kronika enough time to teleport and attack from behind.

Use Normal Attacks To Deal The Most Damage 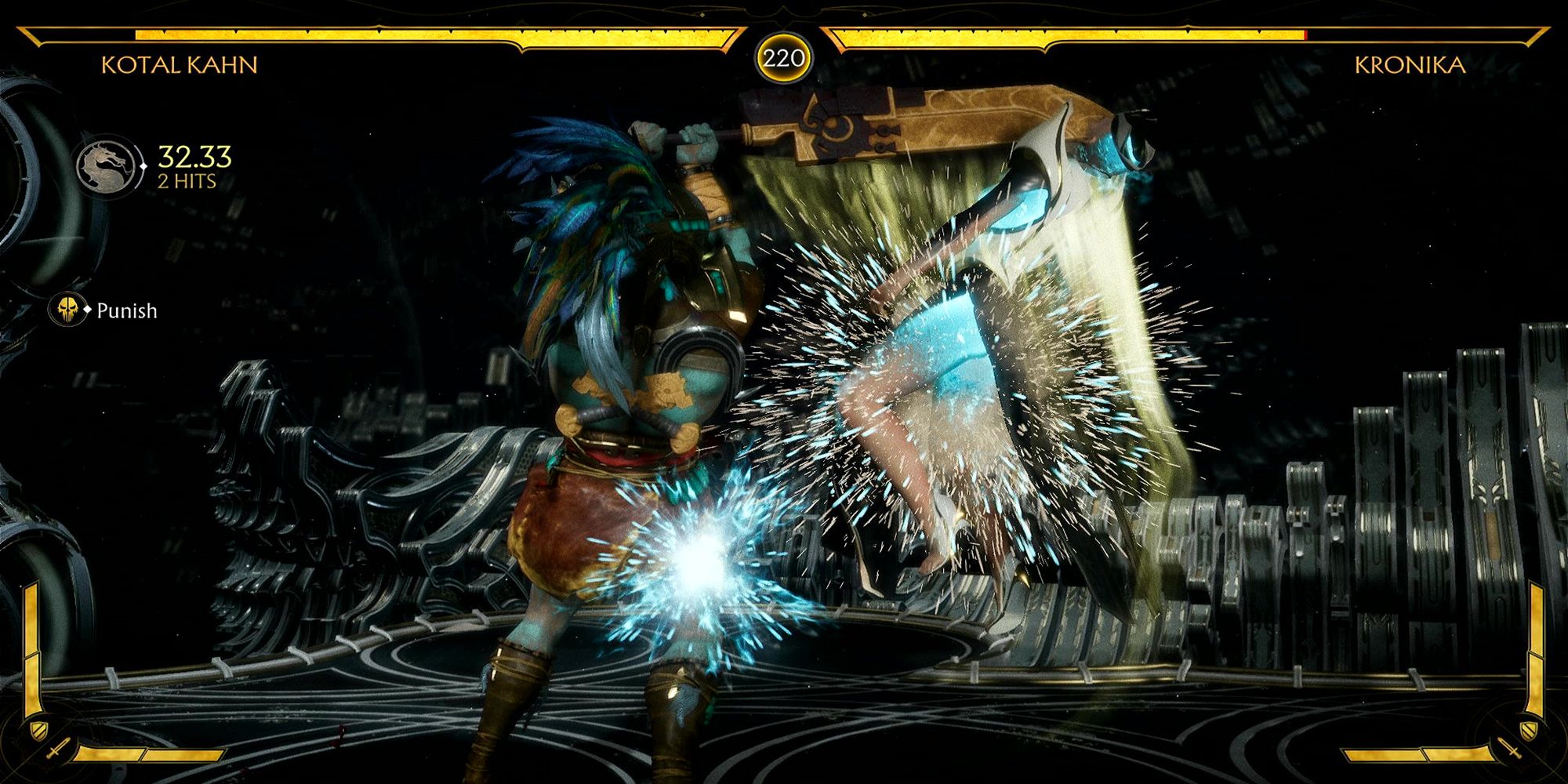 Kronika has plenty of immunities. For instance, she is immune to equipment augments, throws, juggling kombos, fatal blows, and krushing blows. In turn, you won't get anywhere if you enter your match intending to show off with your flashiest moves. On the contrary, when it comes to Kronika, basic attacks are your best option.

So, what are some options worth using? Basic kombos, especially those with low block disadvantage, are great to start. Learning a kombo mixing low, medium, high, and overhead attacks is even better. While you should mostly avoid special moves, you can add them to the end of a kombo chain for a strong finish.

Save The Fancy Stuff For Kronika's Cronies 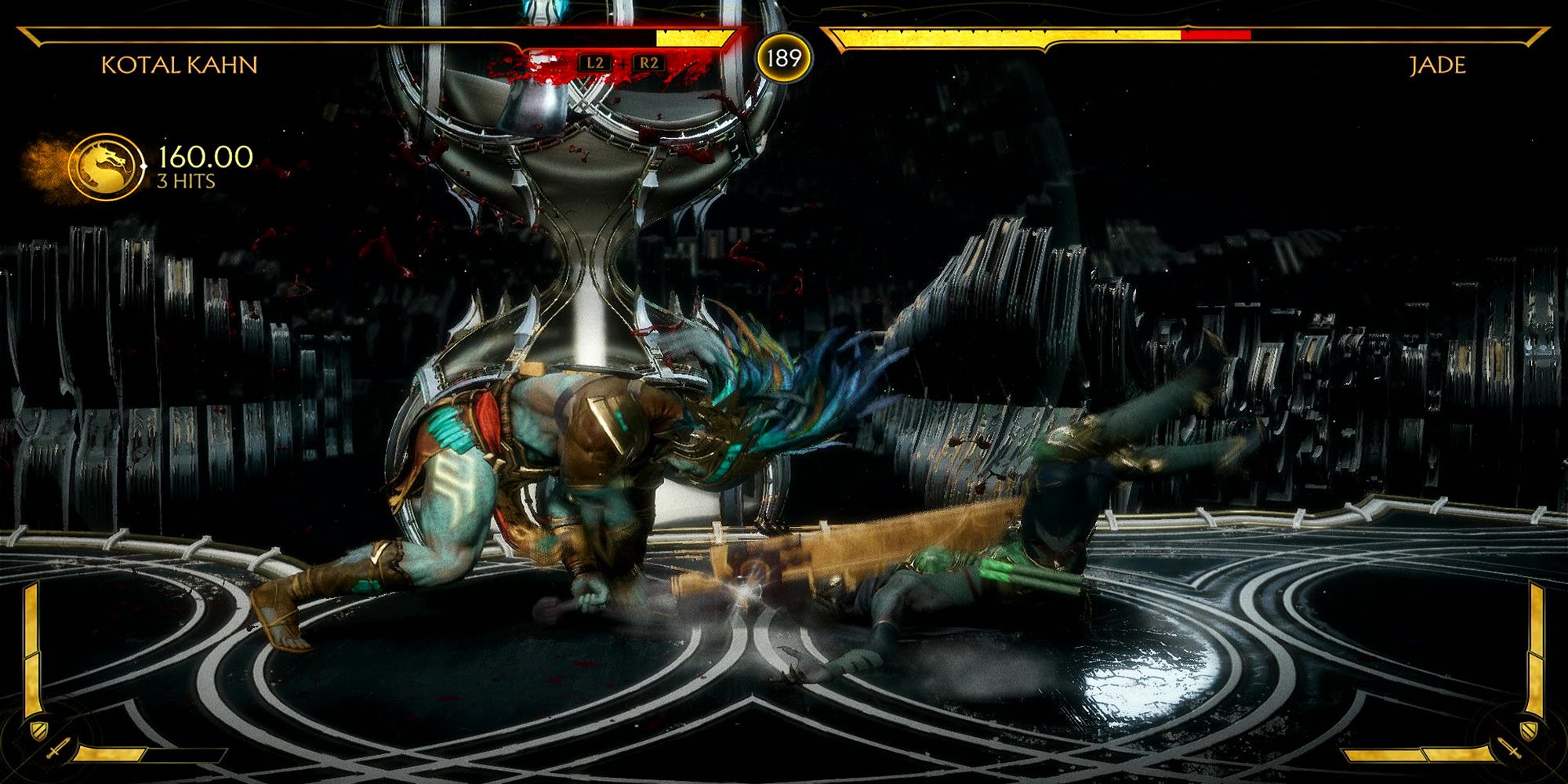 Another hurdle you'll have to face while battling Kronika is her army of kombatants from other timelines. After damaging Kronika enough (Thirty-three percent and 66 percent in the Klassic Towers and fifty percent in Story Mode), she'll leave the stage, and a random fighter will appear. Luckily, these fighters have significantly lowered vitality. However, when left unchecked, they can take out plenty of your health bar. In this case, you'll become quick work once Kronika returns. Therefore, you need to blow through these opponents as quickly as possible.

To defeat Kronika's kombatants quickly, utilize the special attacks and skills you neglected while fighting Kronika. These crony battles are the perfect time to work in some amplified special moves, krushing blows, and fatal blows. If you successfully perform these offensive techniques, you should get through these underlings in no time and can then finish Kronica off.