Magic: The Gathering's most recent set, Commander Legends: Battle For Baldur's Gate introduces a wide variety of potent new commander options to the Commander format. With a minimum of one legendary creature per booster pack, the set is filled with a litany of uncommon legendary creatures in addition to the rare and mythic rare legendary cards players are more familiar with. 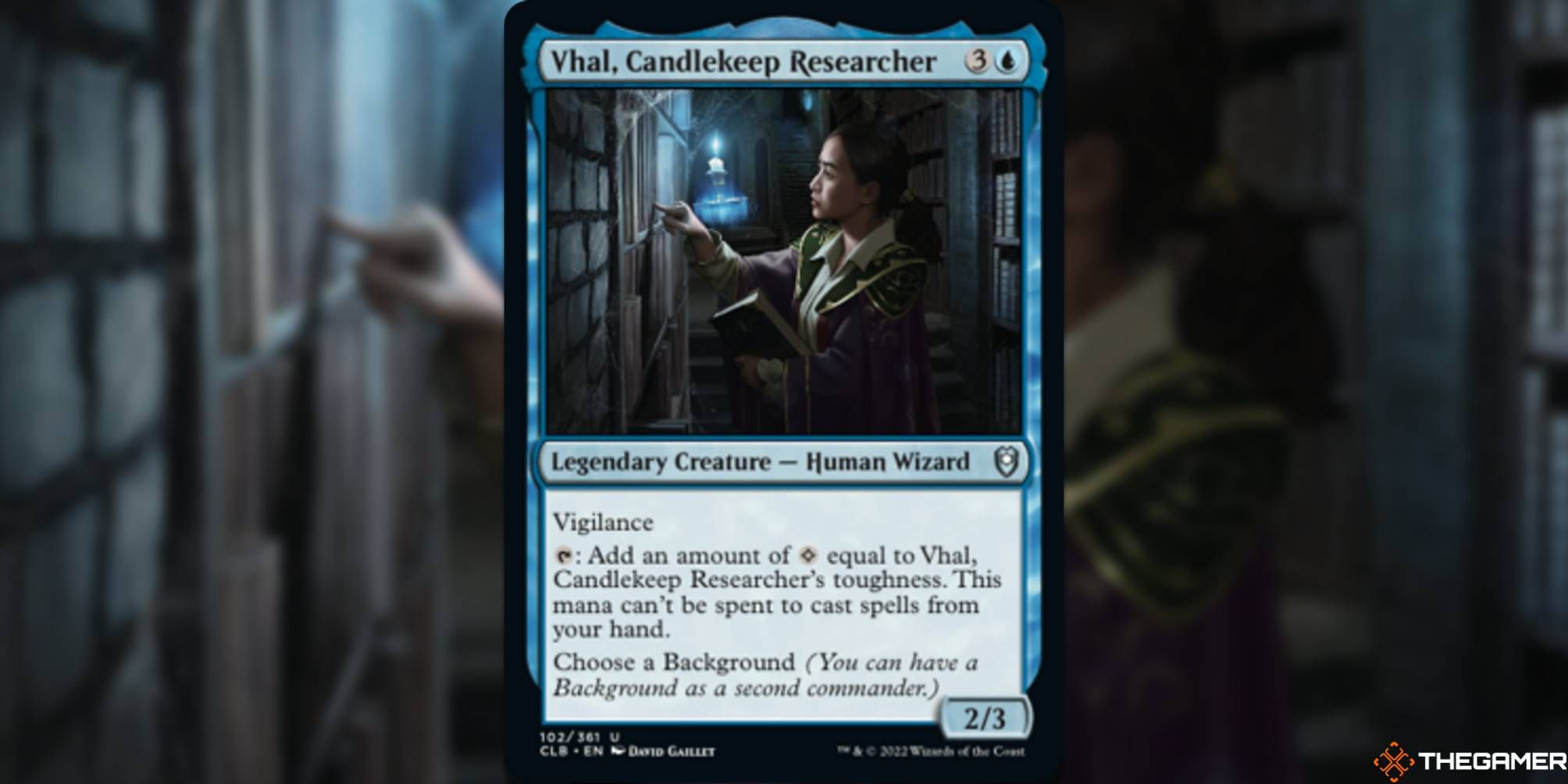 This commander does so through its tap-based activated ability, providing an amount of colorless mana equal to its toughness. The catch is that this mana can only be used to cast spell that aren't from its controller's hand. By default, Vhal can be an above-average 'mana dork' that can be used to cast more mana-intensive Backgrounds, or be used to help cast spells using mechanics like flashback, foretell, and madness. 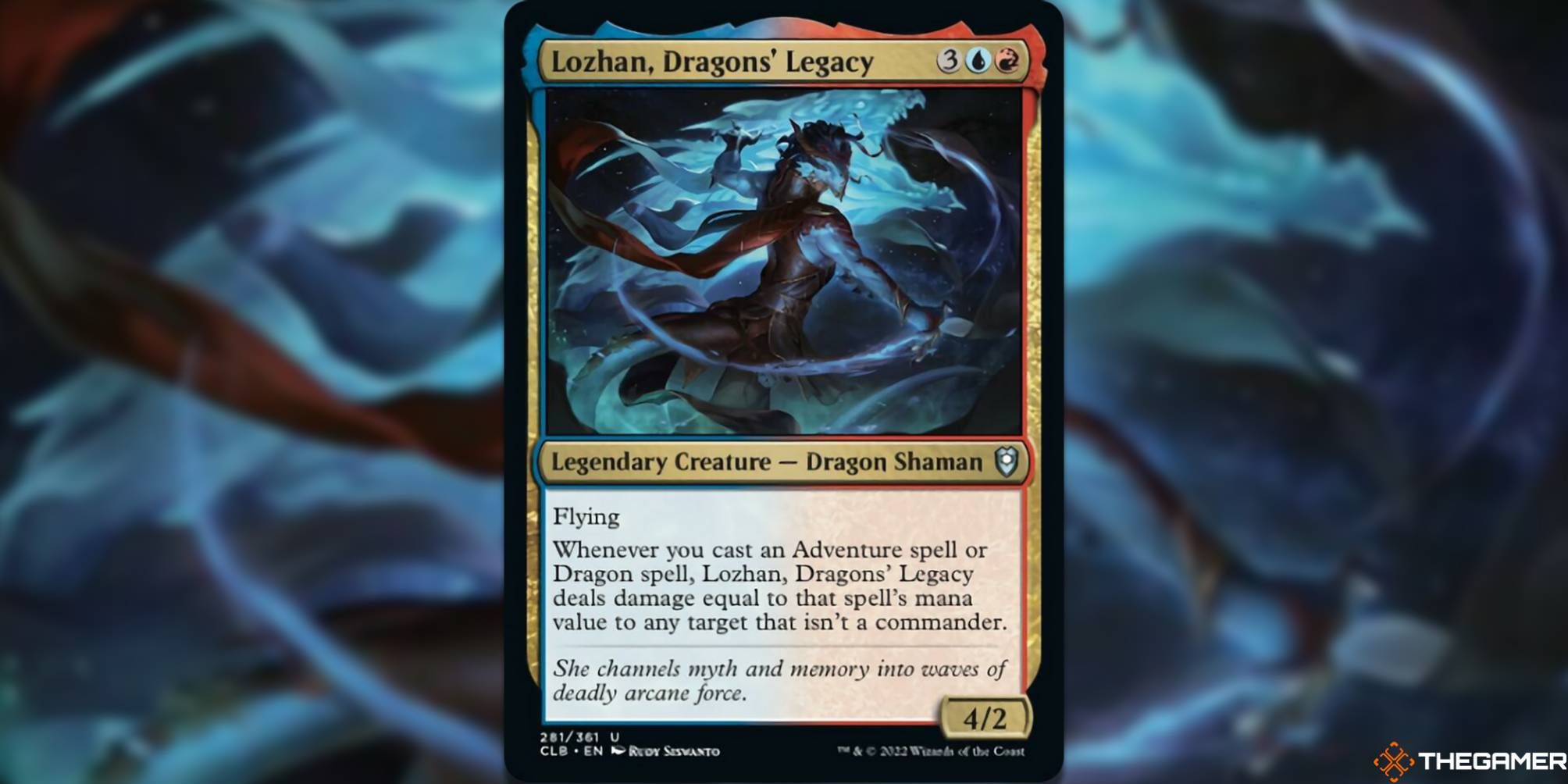 Dragons are a creature type with great tribal cards available in every color. However, Lozhan, Dragons' Legacy is a commander that definitely makes a solid case for Izzet Dragon decks. A 4/2 Dragon Shaman with flying for five mana, whenever its controller casts an Adventure or a Dragon spell, Lozhan can deal damage equal to that spell's mana value to any target besides a commander.

This means that, as long as Lozhan is in play, each of its controller's dragons can deal sizable direct damage to opponents and their creatures. Due to the fact that Dragons are a creature type that are already known for their above-average mana value, this damage is far from small. While the inability to remove commanders from play with this ability is somewhat annoying, it's far from a deal-breaker for this otherwise respectable option for a Dragon deck. 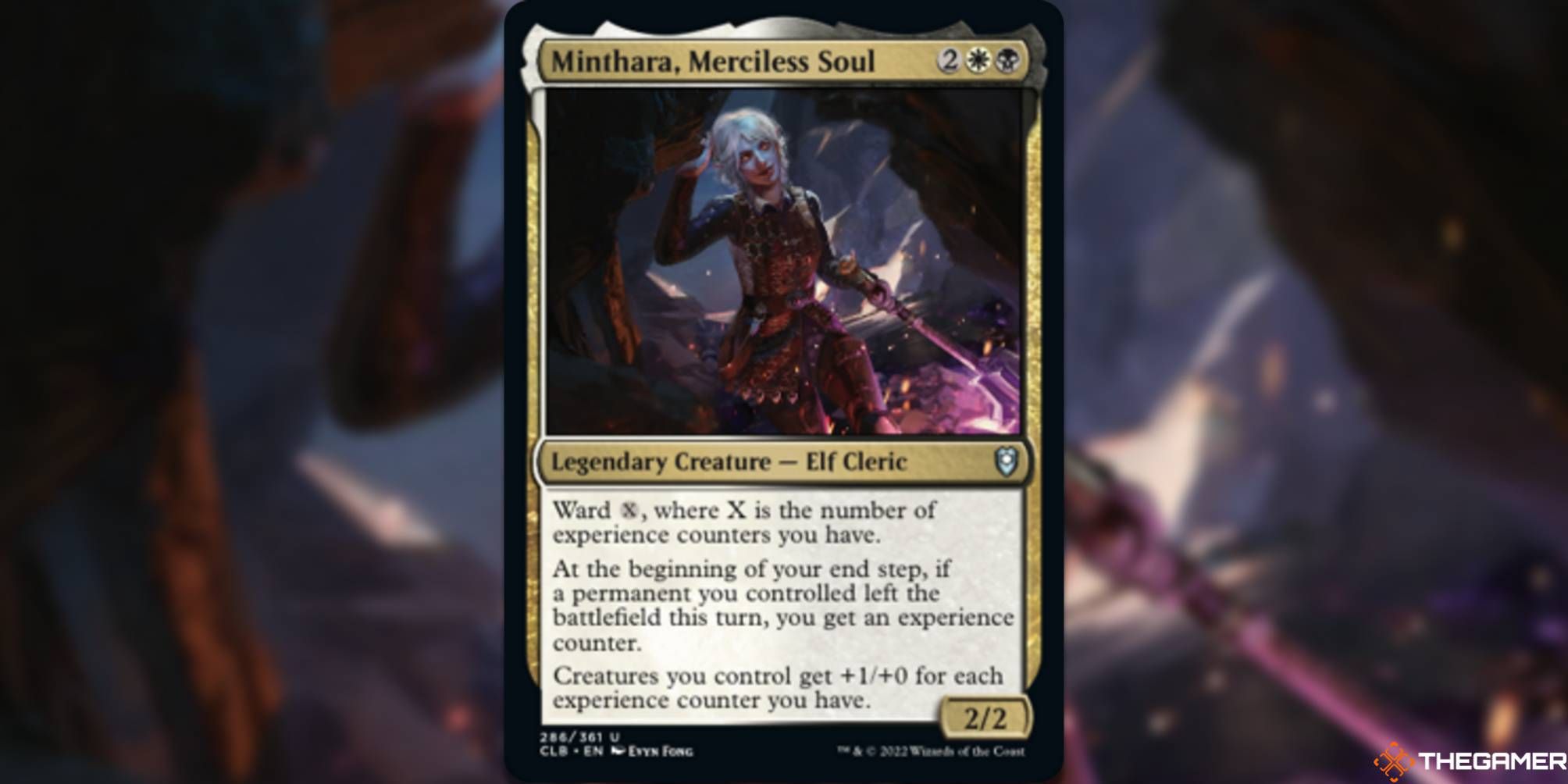 Minthara, Merciless Soul is a solid new option for an Orzhov (white/black) commander, fitting well at the helm of either an Aristocrats deck or a Flicker deck. A 2/2 Elf Cleric for four mana, at the beginning of its controller's end step, if a permanent that player controls left the battlefield that turn, they gain an experience counter. These experience counters simultaneously provide a solid offensive benefit whilst also making Minthara much more difficult for opponents to deal with. 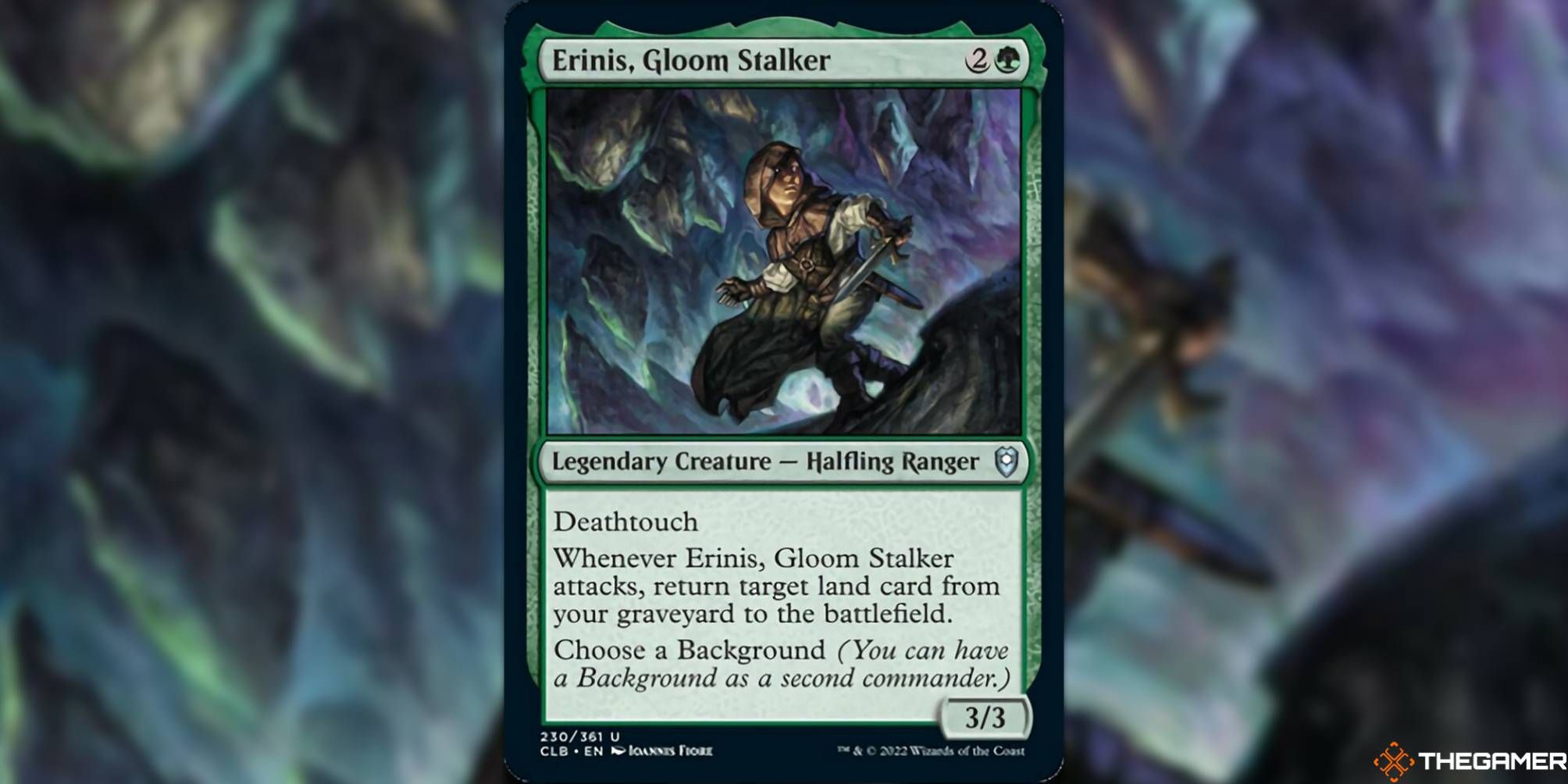 Erinis, Gloom Stalker is an efficient and unique option for a land-based commander, capable of potentially providing its controller with mana ramp each turn. A green 3/3 Halfling Ranger with deathtouch for three mana, Erinis has "choose a background," meaning players can uniquely try different green-based color combos for their Erinis deck based on the chosen Background.

Regardless of the deck's color, whenever Erinis attacks, its controller can put a land from their graveyard directly into play. Though this synergizes well with self-milling effects, when paired with the likes of an Evolving Wilds or another fetch land, Arinis can keep returning the same sacrificable land to play each turn. Don't tell anyone we told you this, but this also means that Erinis can reliably allow its controller to repeatedly make use of the likes of Strip Mine and Wasteland 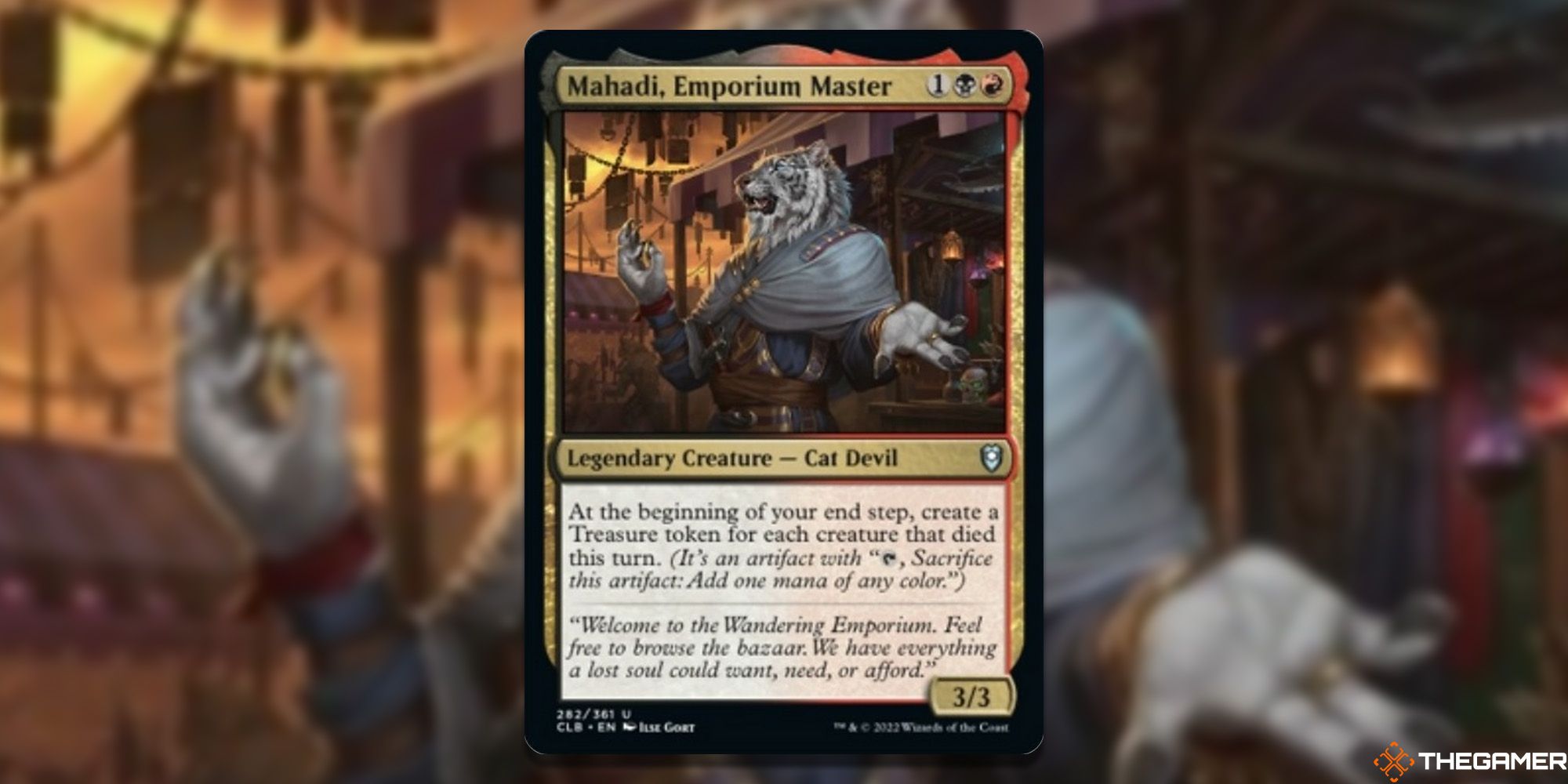 Within the past few years, Treasures have become a quintessential way for decks to access temporary mana ramp. For the reasonable cost of three mana, Mahadi, Emporium Master is a commander capable of providing incredible value to its controller through the creation of Treasures. A 3/3 Rakdos (black/red) Cat Devil, at the beginning of each end step, Mahadi's controller creates a number of Treasures equal to the number of creatures that died this turn.

This effect is both powerful and flexible, synergizing with a variety of strategies. While on one hand, Mahadi leading a Rakdos Aristocrats deck could net its controller a multitude of treasures through the copious use of sacrifice outlets, the use of a high number of removal spells in a Rakdos control deck could also turn a similar profit.