Magic The Gathering's Secret Lair April Superdrop promotion has been unveiled, and it's offering brand-new printings of some of the top Commanders in the game, alongside an eclectic mix of weird and wonderful new art styles.

Secret Lair is Magic The Gathering's limited-time promotional storefront, where cards with new art are sold for only a few weeks before they're never made available again. This month includes seven drops, including New Capenna-themed Commanders, left-handed cards, and just some totally normal guys.

The April Superdrop will start on April 11 and be available for just a few weeks. 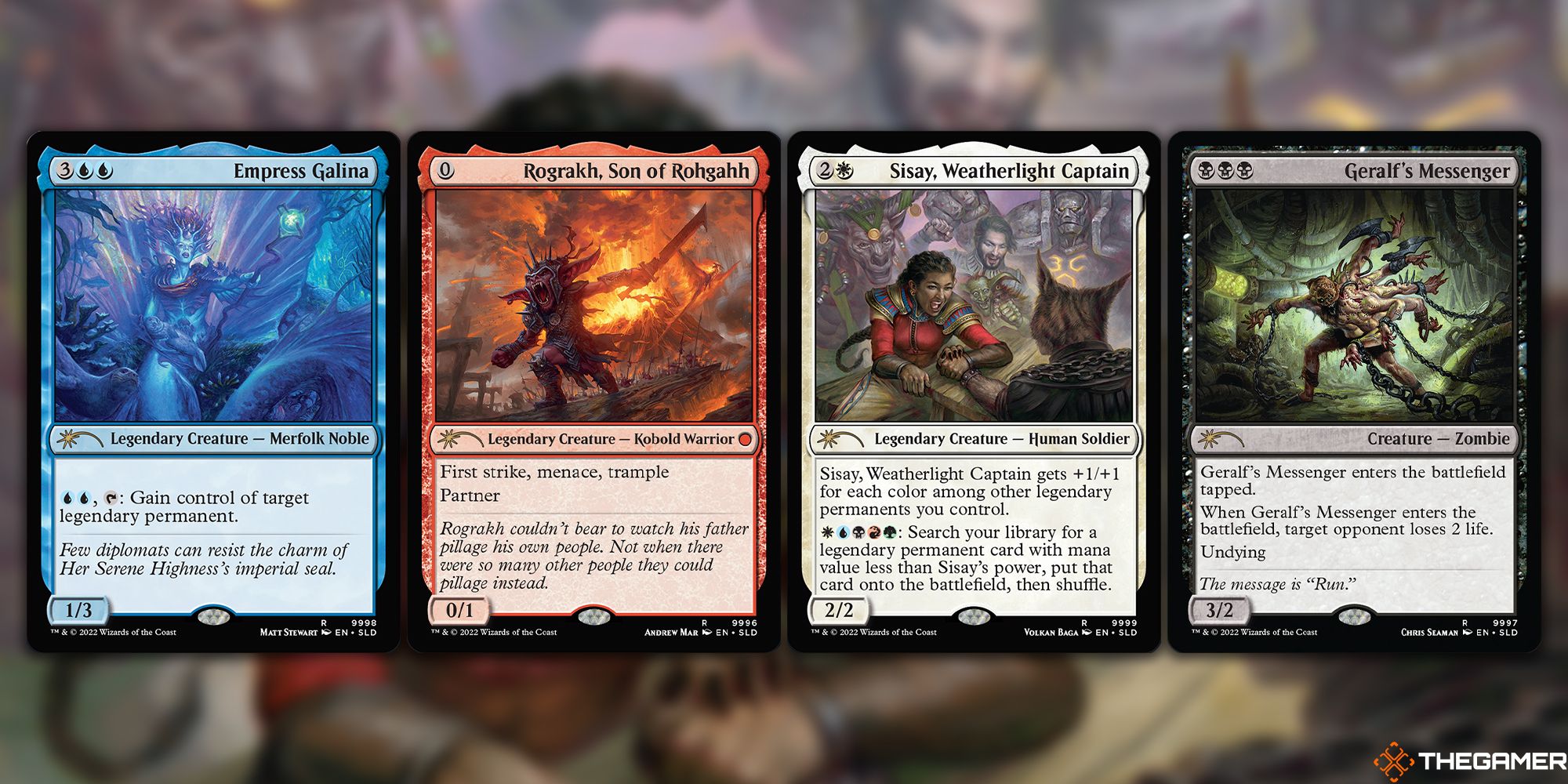 Magic The Gathering loves April Fool's day, and has the hilarious habit of actually making its jokes. Last year we were treated to 'all-text lands', which replaced the art of the five basic lands with the full rules text for them in a scrawling sheet of text. This year, we've got… left-handed cards.

The idea is brilliantly simple: if you're left-handed and hold a full hand of cards, the cards on top tend to cover the mana cost and power and toughness of the cards below them. These cards take that vital information and put it on the opposite side of the card, making them 'left-handed'. Even the copyright and artist information at the bottom is flipped.

More than just a joke, these are five remarkably great cards. Sisay, Weatherlight Captain is a popular WUBRG Commander, and Empress Galina has never had a reprint since its debut in Invasion. Rogakh, Son of Rohgahh is a more recent card from Commander Legends that also sees a decent amount of play. Garruk, Caller of Beasts and Geralf's Messenger aren't quite as popular, but the art on them is still amazing. 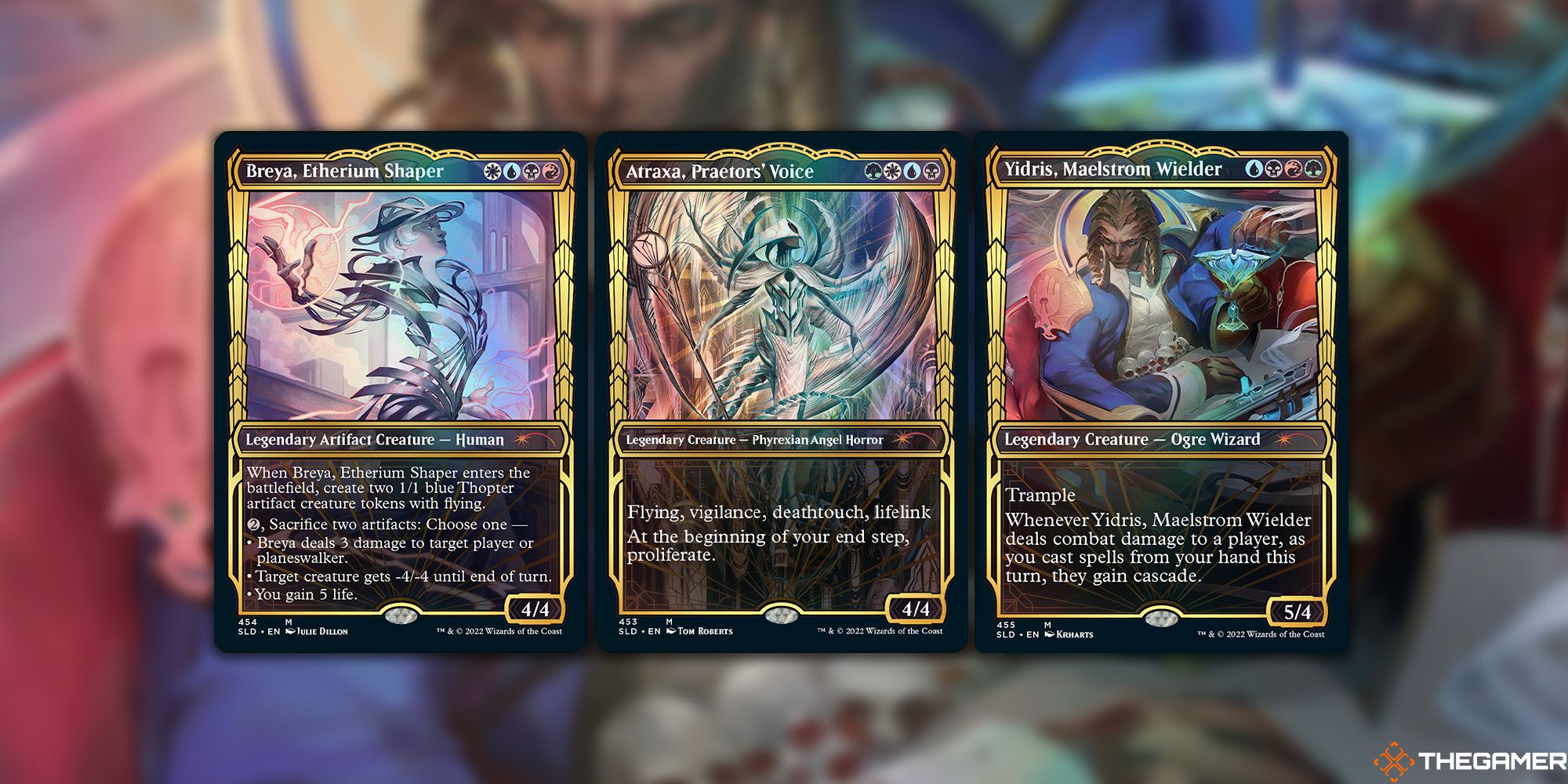 As is tradition with Secret Lair superdrops, there is one tie-in with the most immediate set. This time we're off to the Streets of New Capenna with these gilded foil art-deco inspired Commanders.

And what a selection of cards they are, as these are some of the most-played Commanders in the entire format. Commander 2016's Atraxa, Praetor's Voice; Breya, Etherium Shaper; and Yidris, Maelstrom Wielder are all given the New Capenna treatment.

Showcase: Streets of New Capenna is only available in the gilded foil treatment, which is a treatment we haven't seen on any cards yet. As such, it costs £49.99/$49.99 for all three cards. 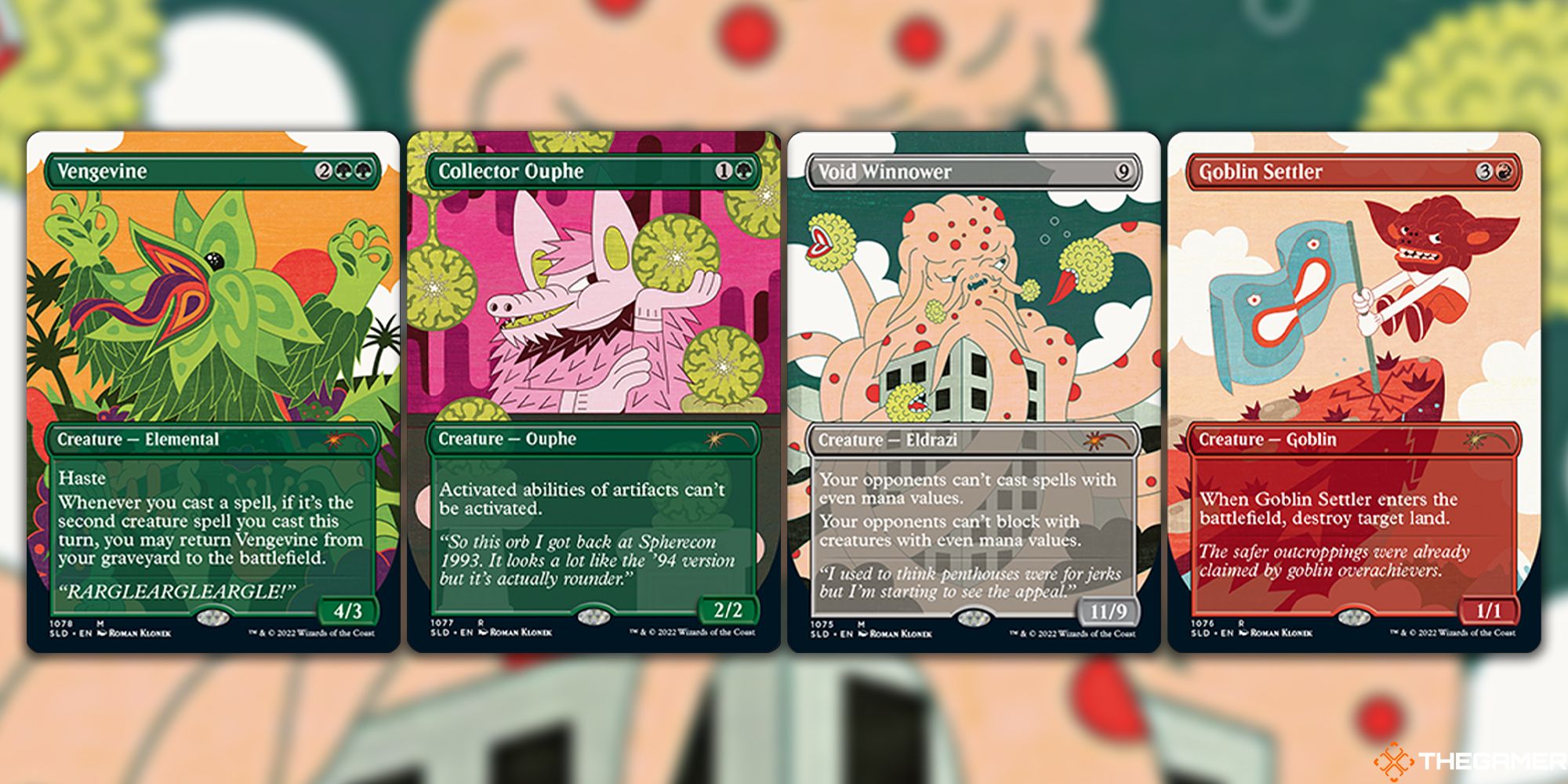 By far the most out-there cards in this superdrop are Roman Klonek's take on Void Winnower, Goblin Settler, Collector Ouphe, and Vengevine. This incredibly colourful drop is somewhat similar to other recent Secret Lairs such as November's Crocodile Jackson cards and the Monster Anatomy 101 drop before that, combining cute aesthetics with some incredibly scary cards.

Void Winnower and Collector Ouphe in particular are fantastic additions here – Void Winnower being an 11/9 Eldrazi that shuts down even mana costs, while Collector Ouphe completely turns off all artifact activated abilities, including mana rocks. They're usually frightening cards that see a decent amount of play, but they're just some totally normal, colourful guys here. 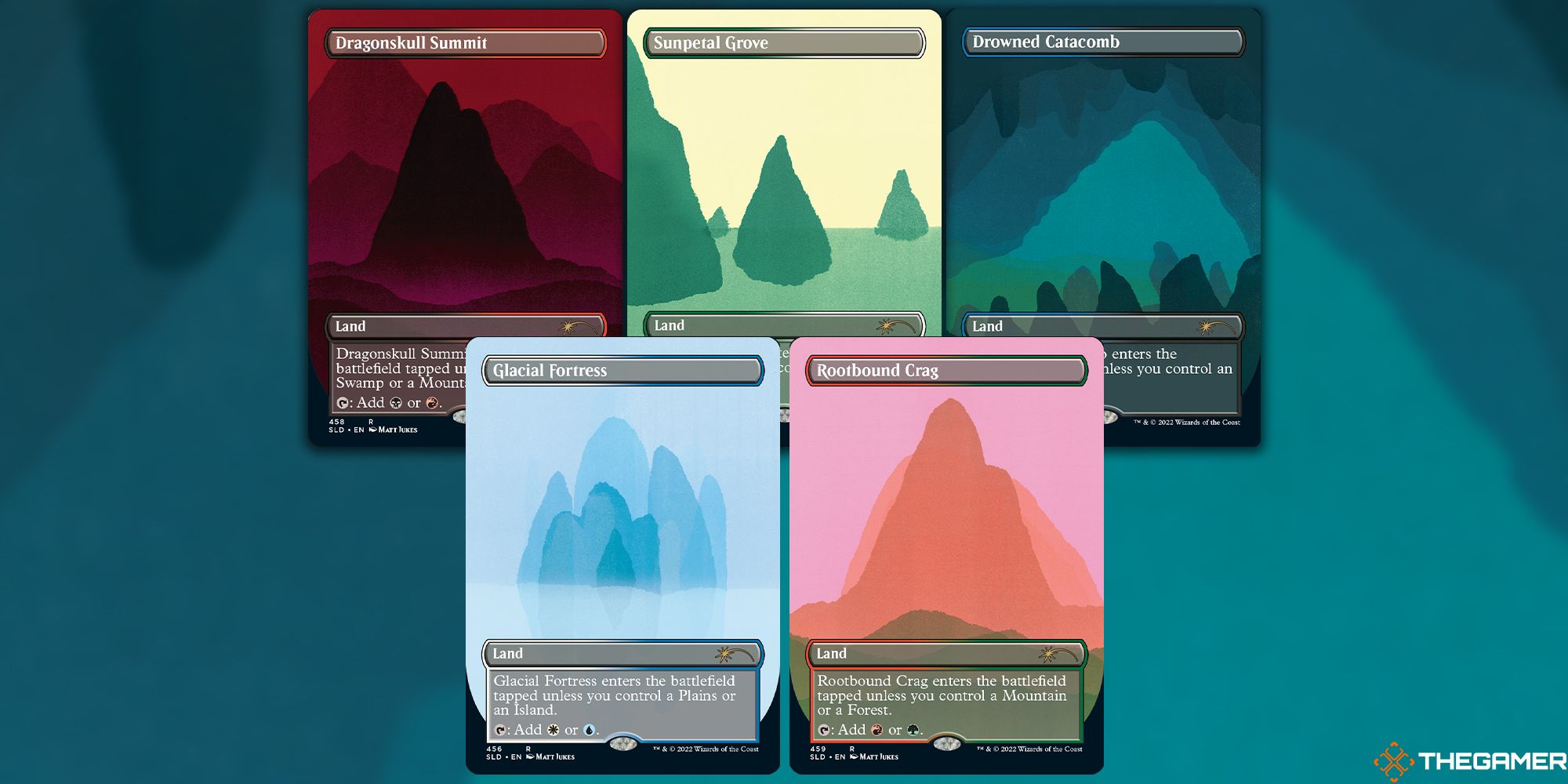 Matt Jukes is an artist known for his large, abstract landscape art, making it perfect for him to do this series of five lands.

They're not the best lands ever printed, but they're certainly a lot better than the usual collection of basic lands Secret Lair likes to try and make a thing. These are actually playable in many formats, and they're visually striking to boot. 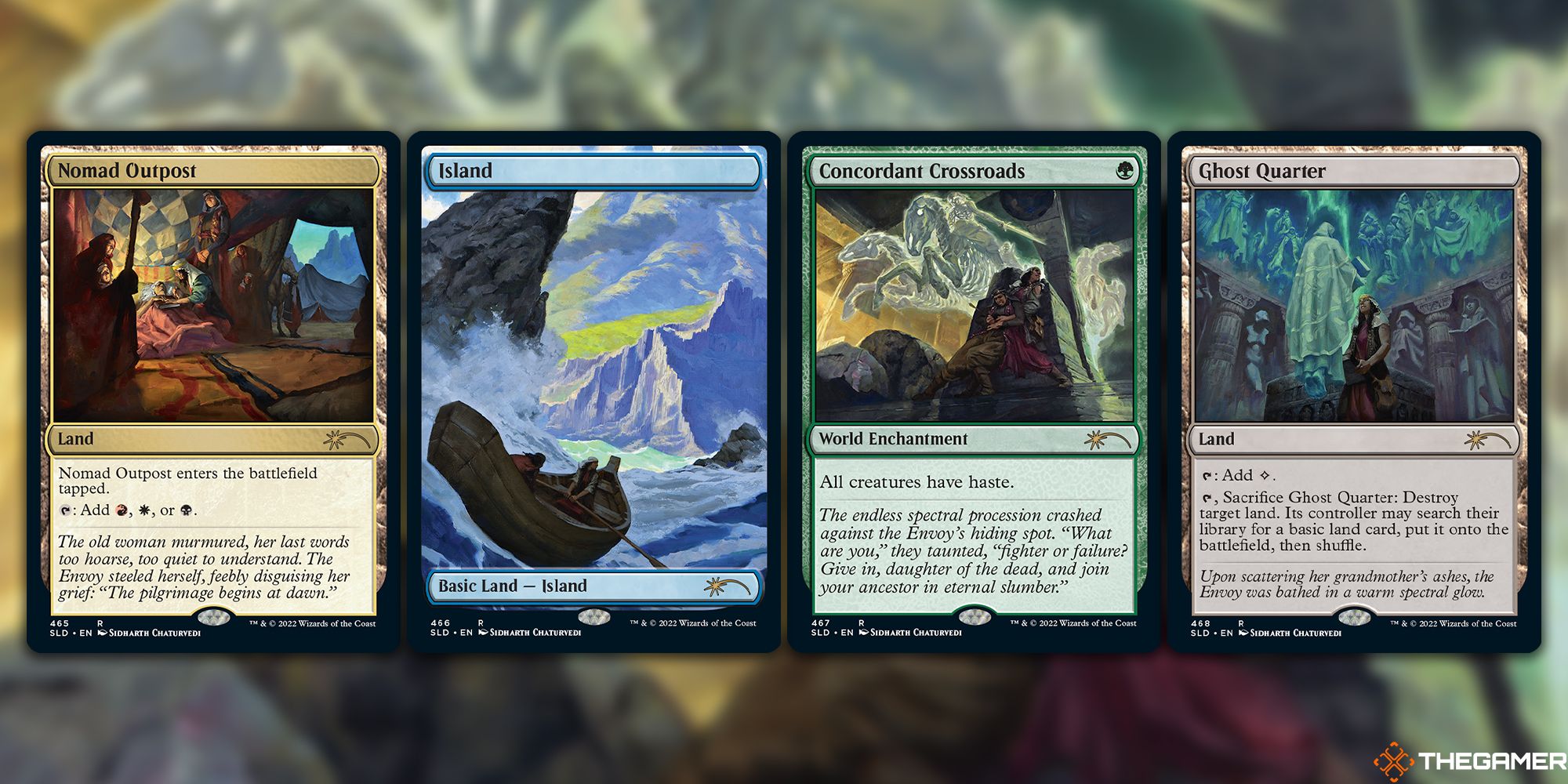 Sidharth Chaturvedi takes centre stage in one of three Artist Series in this superdrop. Artist Series are Secret Lairs that give prominent Magic artists the freedom to create new art for any card they like.

Chaturvedi, who has produced art for cards like Hullbreacher and Reverent Hoplite, has chosen an interesting mix of cards. Nomad Outpost and Concordant Crossroads aren't big hitters, but Ghost Quarter is a well-known card that is a scary piece of land destruction. There's also a full-art Island thrown in.

You're not really buying these Secret Lairs for the cards though; you're buying them for the art. Chaturvedi has a very tactile art style where you can see and feel the brush strokes and the thickness of the paint, and it looks absolutely gorgeous. 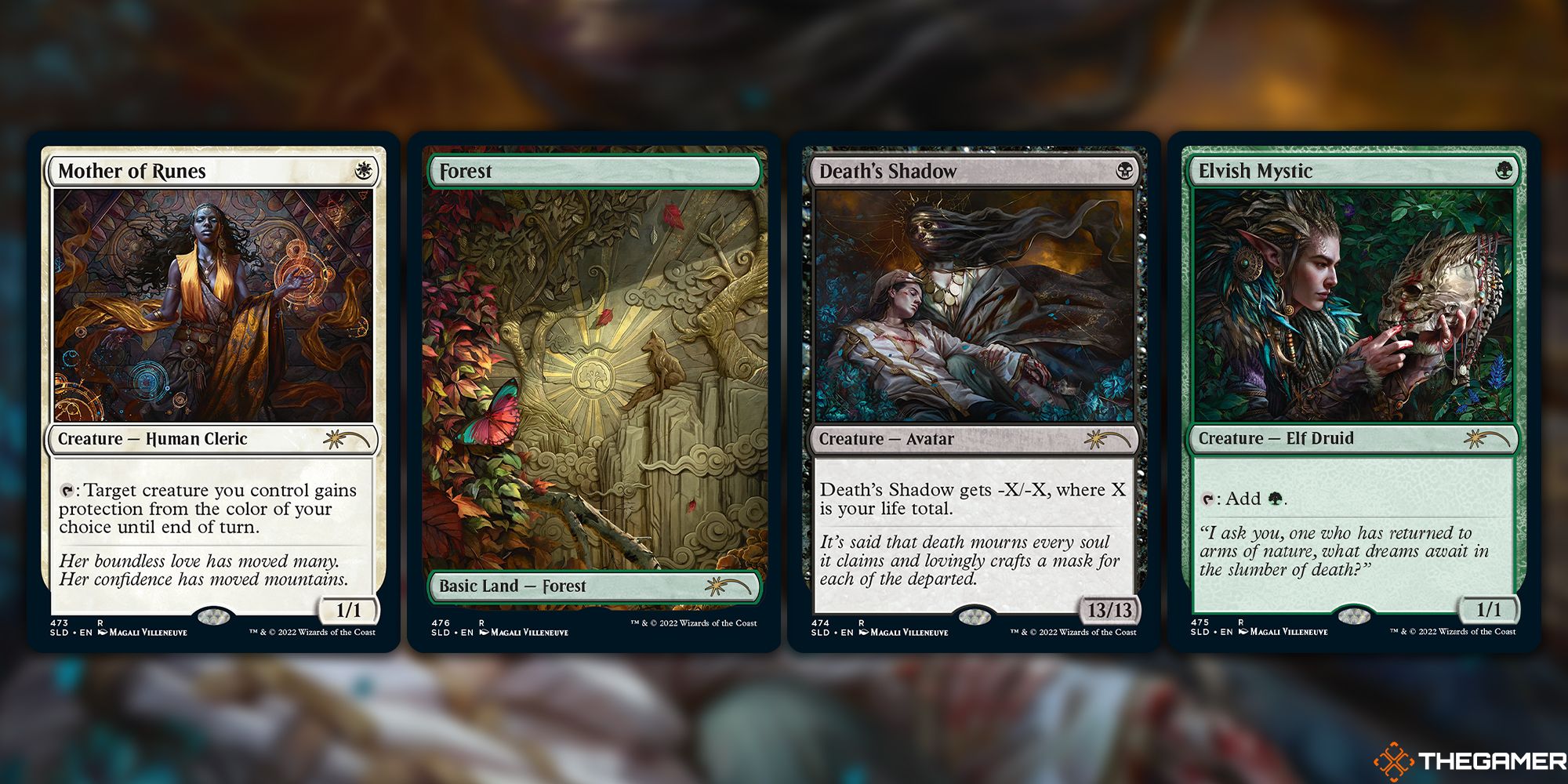 Magali Villeneuve is one of Magic's most prolific artists, having produced 166 cards and numerous key art and packaging arts for the game. It's so cool to finally see her get her own Artist Series, and the drop includes a few decent staples.

Mother of Runes, Death's Shadow, and Elvish Mystic are all commonly used cards, and the new art for them is stunning. Maybe we could've done without yet another Mother of Runes, but Villeneuve's interpretation more than makes up for it.

There is also a full art Forest which feels almost Kamigawa-esque, showing a woodcarving of a fox in a cloudy mountain. 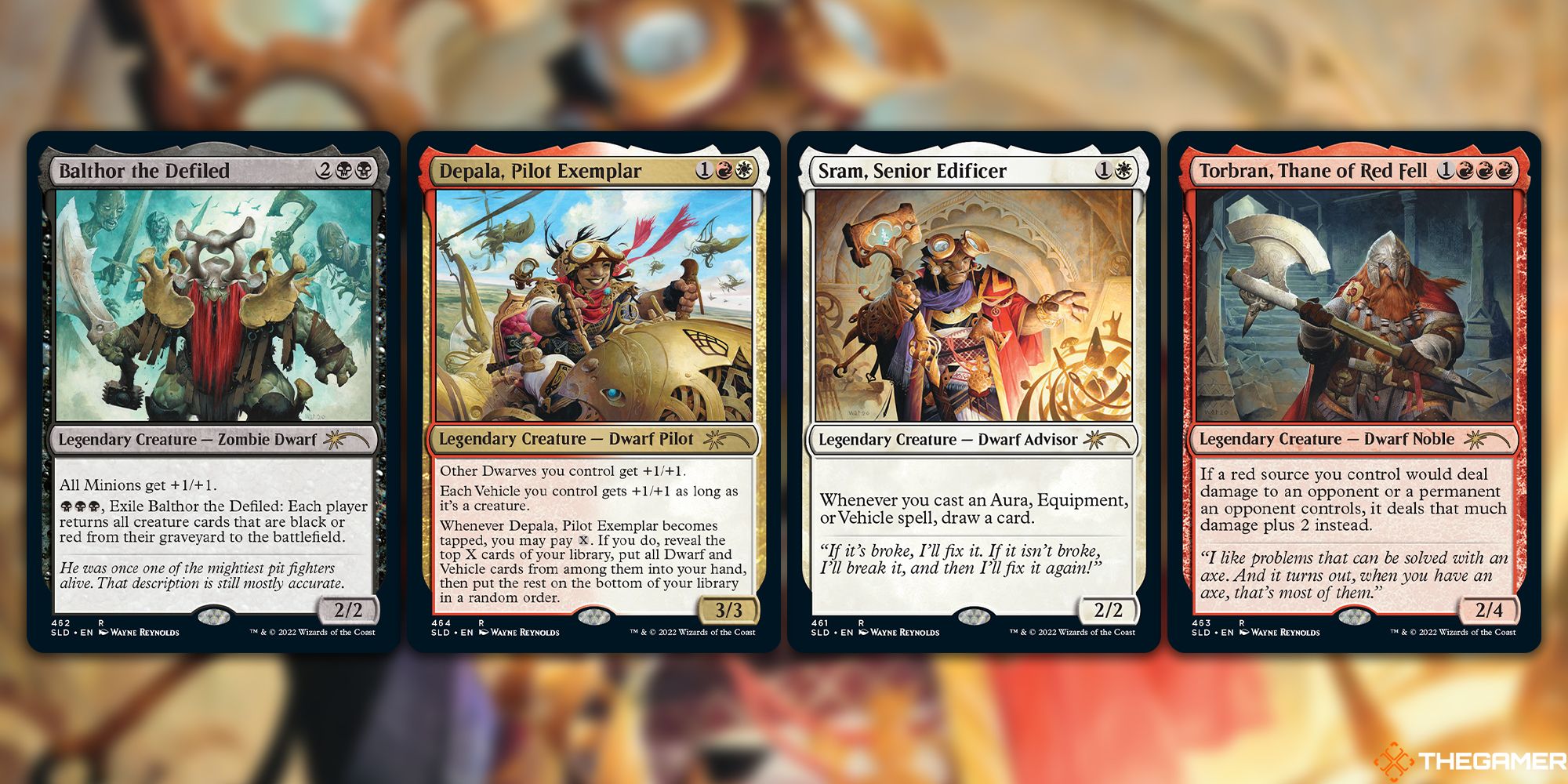 Having debuted in 2004's Champions of Kamigawa, Wayne Reynolds is one of the longest-running Magic artists, with 176 cards to his name so far. He's done art for plenty of incredibly famous cards, such as Marrow-Gnawer, Ajani Vengeant, and Return to Dust, and now he's reimagined for incredibly popular Dwarf Commanders.

His art for them is really interesting to – Reynolds' style can vary between more painterly realism and colourful caricatures, and he's definitely gone towards the latter on this. Vibrant and stylised, they're incredibly different to their original depictions. 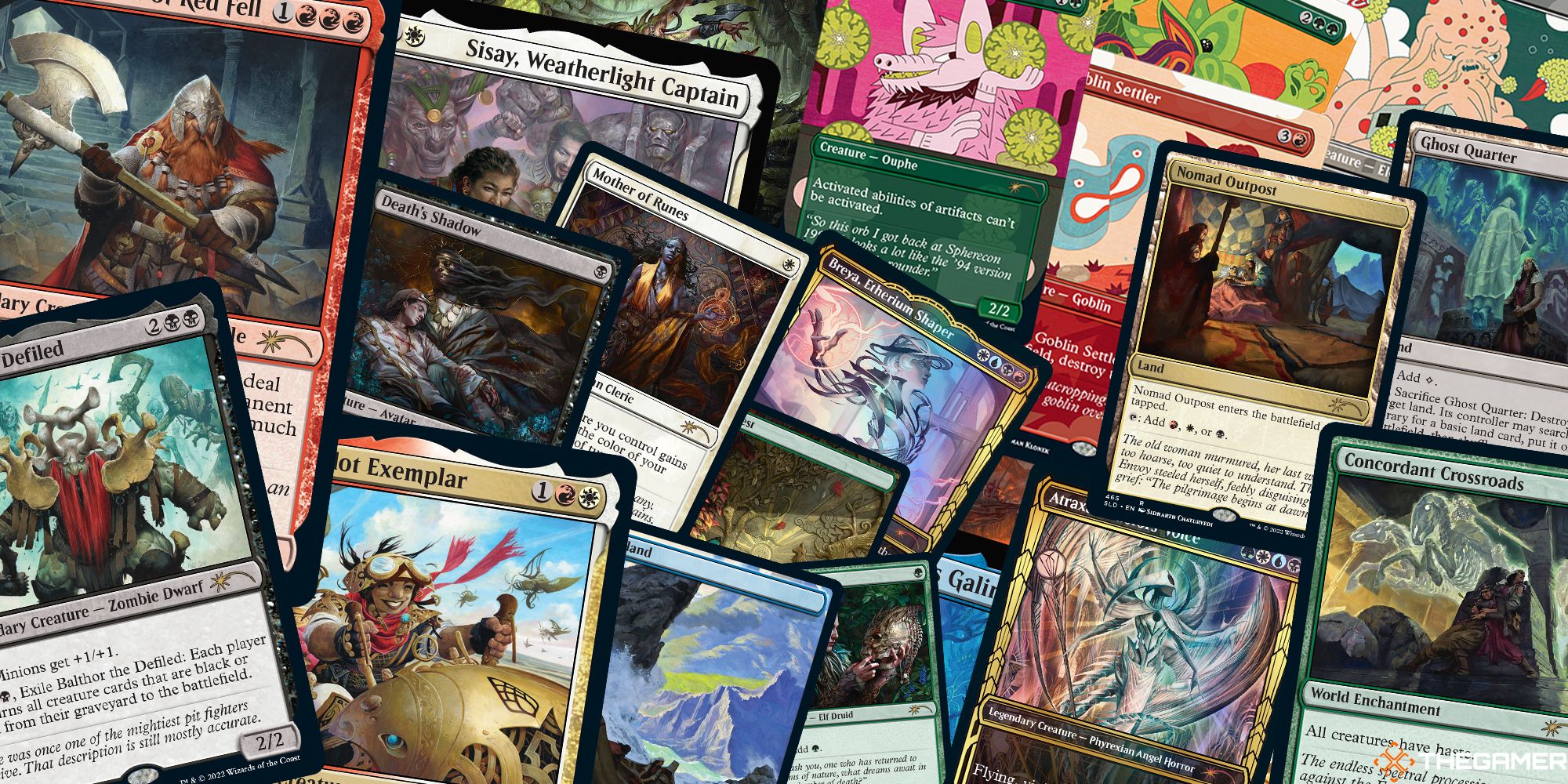 As always with Secret Lairs, there are also bundles that include all the drops.

Full-of-Foils costs £248.99/$248.99 and includes foil editions of everything, including Showcase: New Capenna.

Finally, the Bundle Bundle is both the Full-of-Foils and Non-stop Non-Foil bundles combined, costing £368.99/$368.99 for a total of 13 drops: foil and non-foil versions of everything but Showcase: New Capenna, which only comes in foil.