Myth of Empires is set in the third century somewhere on the Eastern Continent, a land ravaged by the chaos of war. The game “presents a cruel and brutal era” in which you will have to fight for food, water, shelter, and the many other resources necessary for survival. Along with struggling for survival, you’ll also have to contend with your role as one of the various soldiers available, and learn how to use your role and the hefty combat system to survive and prevail on the battlefield. You’ll have siege engines, weapons, crafting, and player cooperation available, as well as being able to train and ride horses.

The Steam page description bills Myth of Empires as “a true sandbox experience”, which brings to mind a likeness to Wurm Online, but with a much greater emphasis on the warfare aspects. The announcement trailer shows off an impressive-looking alpha development build, with smooth large-scale battlefield warfare, including a castle siege with multiple siege engines and destructible environments. Combat is also shown to come in smaller scales, with a small group of players’ characters delving into and exploring a cave, where they meet and battle a rather large bear. 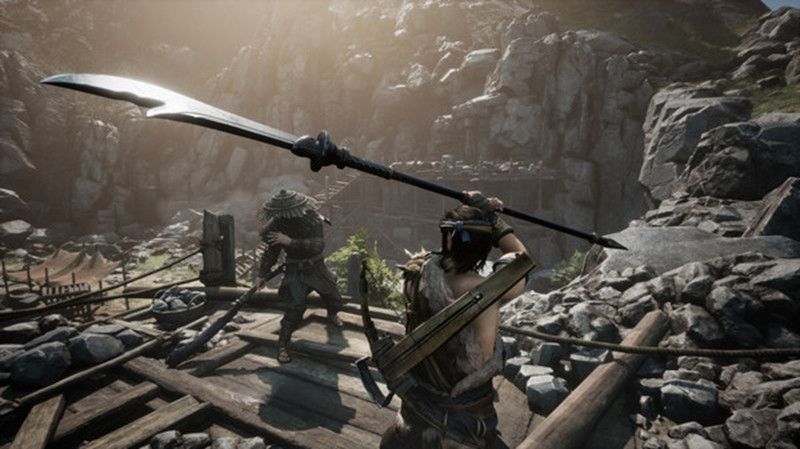 Off the battlefield and out of combat, the survival aspects seem to be just as plentiful. The announcement trailer shows resource gathering, farming, and the building of shelters, even a small wooden-fenced community. A couple of large structures are shown being built, as well, presumably a feature that’ll be available to players. It’s not clear from the trailer whether the castles are player-built, so hopefully that info will be made known soon.

Tune into the Myth of Empires Twitter and Discord channels for more info, and to catch when the game officially launches in Early Access.