My Talking Tom Friends is launching on Thursday as the newest addition in a franchise that has seen more than 13 billion downloads over the past decade.

Yes, you heard that number correctly. The 23 different Talking Tom apps and games have been downloaded 1.71 times for every person on Earth. It may be hard to believe, but that’s what Outfit7 CEO Xinyu Qian told me in an interview today.

My Talking Tom Friends is a virtual pet game with six zany and cute characters in a sandbox world. In pre-registration, the game racked up 12.5 million people saying they wanted to download it. It becomes available in India first and then goes worldwide on Thursday. Google Cloud will help handle the downloads.

“Talking Tom is already a very big franchise,” Qian said. “Two years ago, we started asking ourselves how we would make it every bigger, we believed that the virtual pets genre could be something revolutionary.” 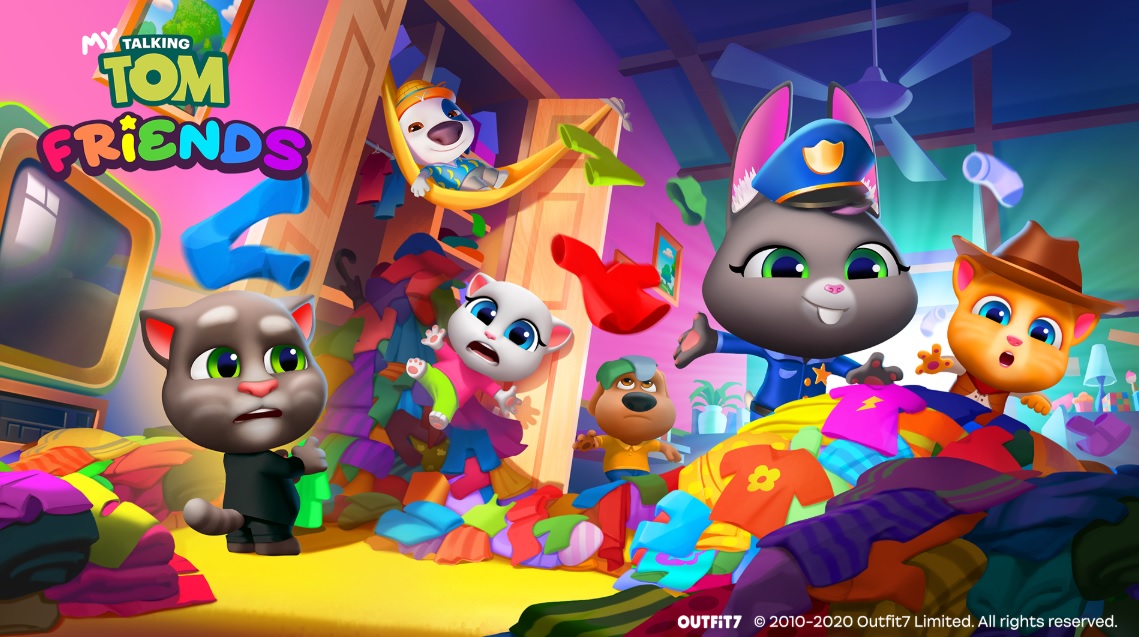 Above: Six characters are part of My Talking Tom Friends.

Qian said the goal with the new game was to reinvent the virtual pet genre with multiple characters playable at the same time. It’s the latest twist for a franchise that scored big in 2009 as a mobile-first game on the iPhone where you could make cute animal voices and fart sounds.

I don’t know if any apps are more popular than Talking Tom (voiced by Colin Hanks), but I have to believe that the fart sounds are the thing that carried Tom so far, while smaller franchises like Angry Birds may have maxed out a lot earlier (somewhere above 4 billion).

In addition to Tom, the new game features characters like Talking Becca, Talking Angela, Talking Hank, Talking Ben, and Talking Ginger. You have to take care of the needs and wishes of all six characters at once, and help them live their fascinating lives — kind of like taking care of a Tamagotchi. When a character desperately needs to use the toilet, they’ll express it through a thought bubble and some straightforward, fun animations.

“We wanted to reinvent this genre and change perceptions about virtual pets,” Qian said. 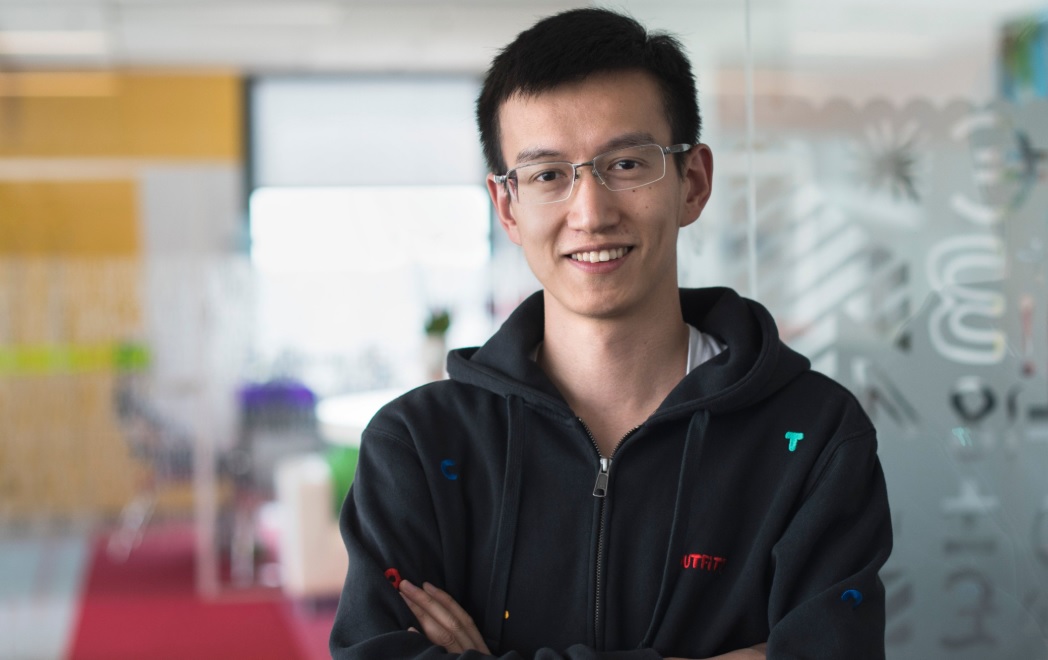 Above: Xinyu Qian is CEO of Talking Tom maker Outfit7.

The friends are dynamic, moving around the open, scrollable house, looking for ways to have fun. Players can engage with them and take part in fun activities like cooking, painting, gardening, and socializing. You can also discover a suite of mini-games. Tom has different moods, and your job is to make sure that you can emotionally connect with Tom and his friends, Qian said.

Qian said that 425 million fans play every month with the various Talking Tom and Friends games and apps. The 23 apps include endless runners and a variety of other titles.

When a Chinese consortium, United Luck, acquired Outfit7 in 2017 for $1 billion, the company had just 150 people. At that time, the Logins left and Qian became CEO.

In the U.S., Talking Tom has more than 800 million downloads and 24 million monthly active users. China is bigger than that. The Talking Tom YouTube channel has more than 51 million subscribers and 65 billion video views.

To manage this Tom empire, Outfit7 operates its headquarters in Cyprus and it has a team of around 300 developers in Slovenia, where Talking Tom was originally created by Samo and Iza Login. That’s a very small number of people, but it gets the job done. 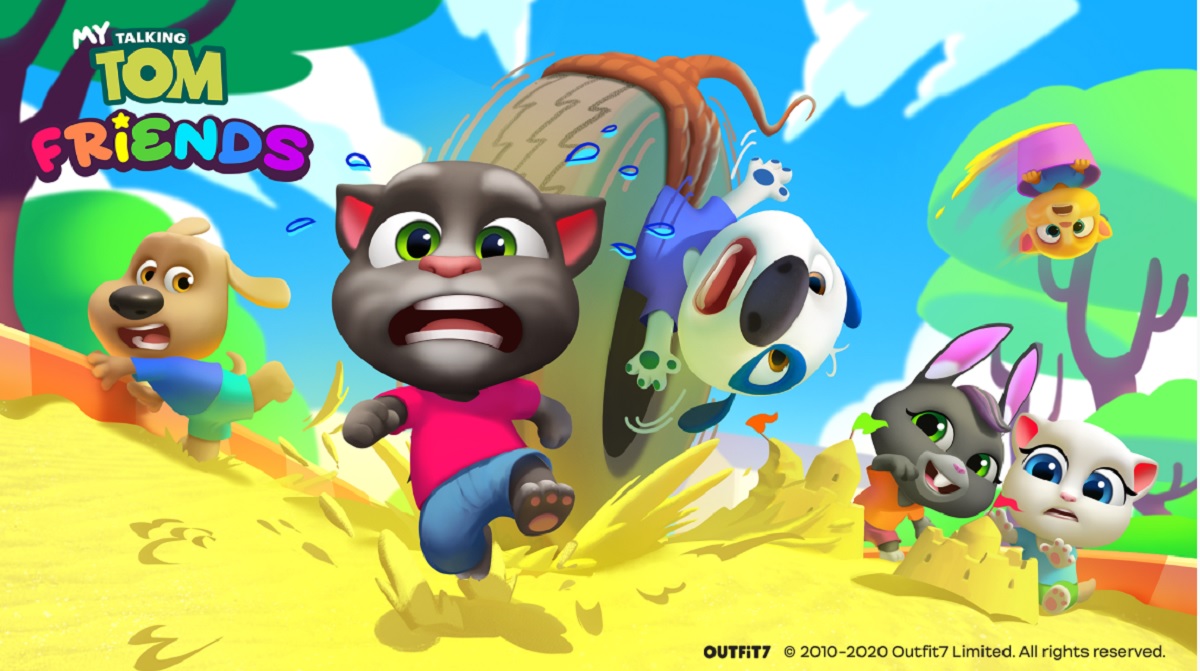 Above: Talking Tom apps and games have been downloaded 13 billion times in a decade.

Qian said the teams are working on both new Talking Tom games and new intellectual properties as well. The latest title has been in the works since the summer of 2018, with a core team of about 50 people and 50 more helping at the peak time.

Outfit7 is working with a new licensing agency in North America, and it is working on a Talking Tom film. It also has new non-Tom games in the works, Qian said, including one that could be announced later this year.

“Our team is small, but we’re quite excited and busy,” Qian said. “I’m really proud of the team.”