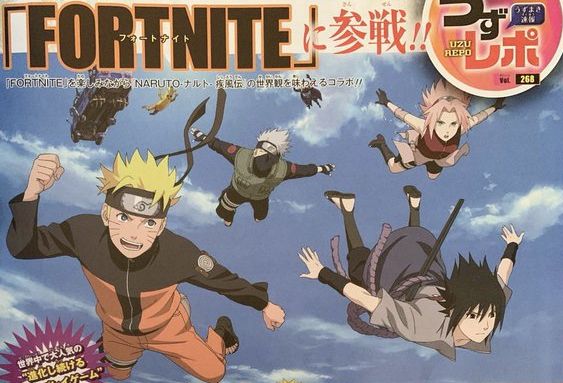 It’s been rumoured for months now, but Epic Games has finally confirmed that a Naruto crossover is happening in Fortnite very soon.

So many real-world celebrities and pop culture icons have appeared in Fortnite over the years that nothing is surprising any more, but one crossover that has been rumoured for a long time is finally about to happen, as Naruto is confirmed to be coming to the game.

The crossover is expected to start on Tuesday, November 16 – probably at 2pm GMT, as that’s when the new v18.40 patch is expected.

Dataminers have already uncovered a host of extras that will arrive alongside the Naruto skin itself, including a Hidden Leaf Village creative hub – something which few other crossovers ever get.

Images of some of the new items, which you’ll probably have to pay for, have been leaked already, including creative coins that look like a bowl of ramen and a ninja scroll.

Based on previous crossovers you’d also expect back bling, pickaxe, spray, and music but these haven’t been leaked yet – although the leaked crossover artwork seems to hint at what they’ll be.

The biggest question is whether Naruto will be the only skin, with rumours that Sasuke or Kakashi could also be included, but there’s no confirmation of yet from either dataminers or Epic Games.

Epic are certain treating this as one of the bigger crossovers of recent months though, and the only problem with that is that it’s probably going to end up costing a lot of money to get it all.