More and more rumours are pointing to Naughty Dog working on a fantasy title as its next big project. Aside from Factions 2, we have no idea what the studio is working on right now, and that mystery in a medium so often fraught with leaks is oddly exciting. The Last of Us and Uncharted are two of the most consistent and beloved names in gaming, even if gamers still have a problem with muscular women and their daddies being murdered with golf clubs.

Everything Naughty Dog touches turns to gold, so the idea of it not only tackling a new genre, but a setting so far removed from its usual staple is ripe with potential. Not knowing what form that might take represents an unpredictability that for so long has been lacking in the triple-A space, especially when it comes to Sony’s own library of console exclusives.

PlayStation has been known as the home of narrative blockbusters for the better part of a decade now. Horizon Zero Dawn, God of War, Days Gone, Ghost of Tsushima, and all of their associated sequels and spin-offs follow a third-person formula with a heavy focus on narrative and characters. Some are open world, some are linear, but all of them occupy a space that for so long now we’ve been able to predict. I’m not saying these games are bad, but knowing what to expect so consistently is rather boring. Naughty Dog is especially guilty of this. The Last of Us Part 2 was so brilliant because of its own subversive approach. Joel was beloved by millions for the wrong reasons, so killing him off in a deserved and thematically relevant manner sent fans into an uproar of unjustified misogyny. Developers, actors, and fans were harassed for finding meaning in a game that had something to say, even if it did so in a way that was hopelessly dour and pedantic. But Naughty Dog didn’t help itself by doubling down on hubris with wanky commentary and a needless remake of the first game that failed to adopt the sequel’s many improvements.

Once upon a time it was pushing the medium forward, and now it is obsessed with its own milestone it has failed to usurp all these years later I want it to leave the past behind and place its sights on something new, and the realm of fantasy offers that possibility in ways that I’m not sure if we’re even ready to comprehend. Ever since the release of The Witcher 3: Wild Hunt, it feels like fantasy in video games has been following a predictable pattern, an adaptation which itself wasn’t afraid to draw from its own source material and so many other landmarks in the genre we’ve come to rely on. What was once fresh has become stale, and like The Last of Us before it, Naughty Dog can inject fantasy with a new dose of creativity. 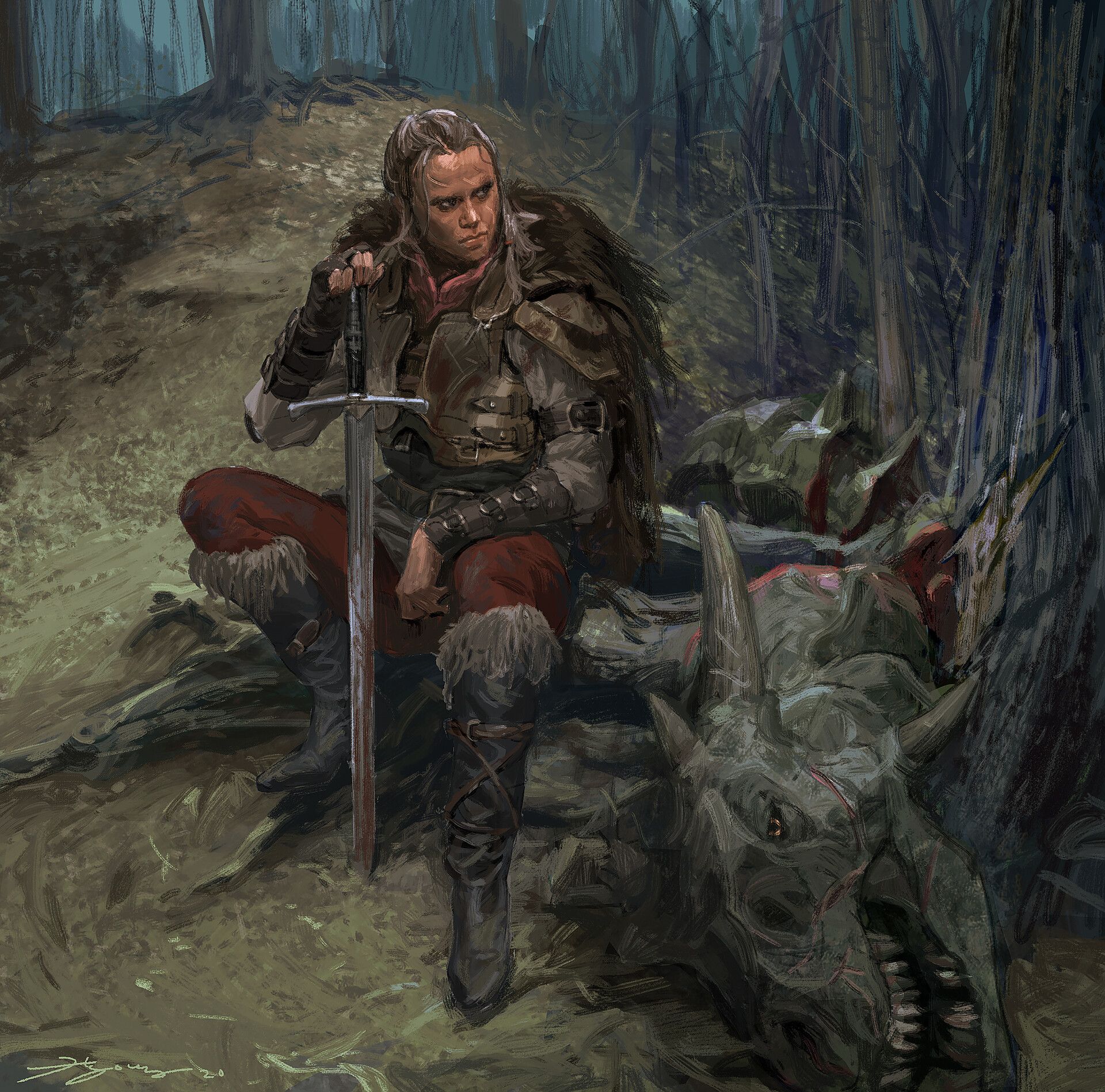 Concept art from the developer points to a darker, more grim fantasy setting that isn’t all unicorns and rainbows. A woman can be seen sitting atop the corpse of a dragon, looking onwards at an unknown destiny as her hardened scowl all but leaps off the screen. Senior concept artist Hyoung Nam was quick to dispel rumours that this had nothing to do with Naughty Dog’s next game, but the curious emergence of additional fantasy artwork in The Last of Us Part 1 has caused the pot to stir all over again. What could it all mean?

The artwork found in the recent remake also features a number of dragons alongside a more stylized aesthetic and a potential POC protagonist. If this isn’t teasing anything at all, the fact new assets have been both created and deliberately placed in the game would have to be one hell of a coincidence. Naughty Dog also has a habit of teasing new games in current projects. The Last of Us was first glimpsed in posters and newspaper reports found in Uncharted 3: Drake’s Deception, while Easter Eggs to past projects are also plentiful.

After spending the past two console generations enamoured with the modern day and post apocalypse, the idea of Naughty Dog creating a new world no longer confined by our own world is so exciting, and something I wish it had done sooner. This isn’t going to be playful or exuberant like Jak and Daxter or Crash Bandicoot, it will more than likely build on the linear narrative tenets of its more recent games in a fantasy adventure with depth, nuance, drama, and plenty of violence.

God of War’s reboot took heavy inspiration from The Last of Us with its approach to narrative, turning Kratos into a sad daddy who loved to walk slowly through environments while moaning at his son, so hopefully whatever this new fantasy IP turns out to be goes in a slightly different direction. We could be a disgraced princess turned hardened mercenary, exploring the lands fending off ancient creatures and doing whatever they can for money as the kingdom they once called home fades into ruin. Or we could create our own character, although the idea of Naughty Dog going open world fills me with anxiety. 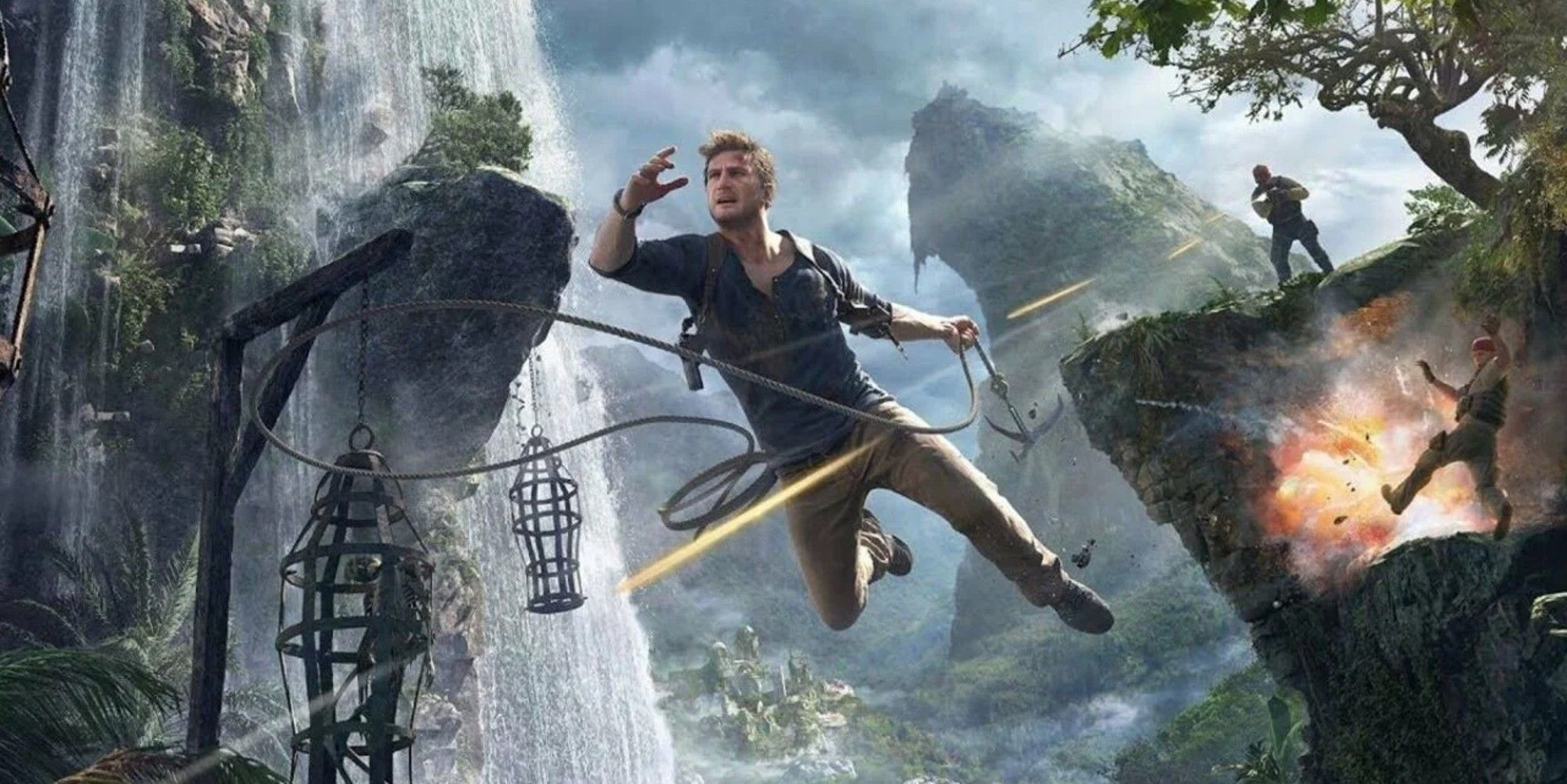 The Last of Us is at its strongest when nothing is happening at all, when its vision of the apocalypse temporarily leaves violence behind to focus on what its world used to be. We are merely passengers through abandoned apartments as we read fading letters and try to piece together what these places used to be before everything was torn apart. The Witcher allowed us to analyse environments and make our mark on each new location, but even that lacked the narrative intimacy of Naughty Dog.

Assassin’s Creed, Greedfall, and so many others have tried to recapture that magic, but the idea of a new genre in this evolved formula could be something we’ve never seen in the triple-A space before. So long as they don’t turn it into a glorified Game of Thrones adaptation I’ll be happy, but even from the small glimpses of this potential project we’ve seen thus far – if they are even teases at all – seem to hint at something far more original. Give me strong female characters, give me dragons, and give me a new side of Naughty Dog we haven’t seen for so damn long.