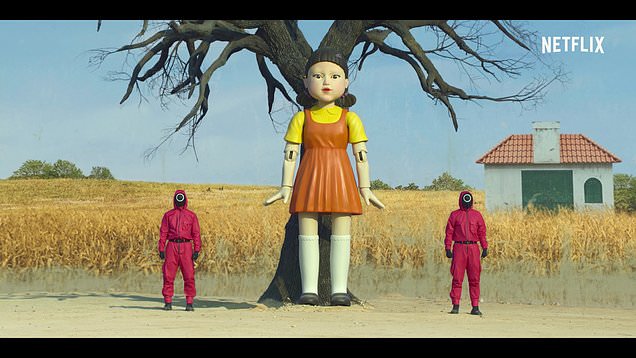 In the least surprising news ever, Netflix has said that it is already looking into making an official Squid Game video game adaptation.

Considering how many unofficial homages there have been via Roblox, Minecraft, Fortnite, and Call Of Duty it was really only a matter of time until Netflix talked about an official video game version of Squid Game.

They’re nowhere near releasing anything yet but according to an interview with The Hollywood Reporter there have already been calls from within Netflix – which is already trying to get into gaming – to create an interactive adaptation of the show.

‘We are looking at multiple different areas – from games, consumer product, and others – to really figure out what we can bring to our audiences to increase their affinity towards our content and give them more joy, while staying true to the world that our creator has built’, said Minyoung Kim, VP of Content for Asia Pacific.

So far Netflix has only experimented with mobile games in Poland and Italy, using existing mobile apps such as Strangers Things 3 and Stranger Things 1984 to test the waters.

Their priority is to make sure the games are playable through the existing Netflix app, which at the moment limits it to mobile games. Although theoretically game streaming services, such as those operated by Google and Xbox, could enable console quality games to be played as well.

We’re probably a good few years away from that though and whatever is being planned for Squid Game is almost certainly going to be just a mobile game for now.

That in itself may make it easier to adapt the show, which despite being based on the concept of battle royale involves only very simplistic children’s games, that aren’t necessarily much fun to play in their own right.

In the context of the show that makes perfect sense, but it creates a major problem when trying to turn it into a video game, especially given how in some cases, such as the marble game, there are no clearly defined rules.