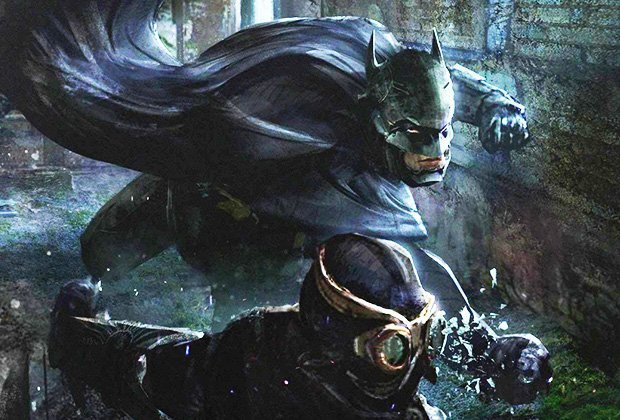 DC fans have been waiting patiently for a new game in the Arkham-verse for some time now… and we could finally have some (unofficial) confirmation about the incoming Warner Bros. game.

Earlier this week, a developer at WB Montreal (the developer behind the Arkham trilogy spin-off, Arkham Origins) replied to a tweet from Sumo Digital narrative designer Sarah Longthorne.

Osama Dorias is a designer at WB Montreal, and his reply to Longthorne’s tweet – asking people in the games industry to detail what they’re working on – revealed that the studio is definitely working on a game in the DC franchise.

Rumours about the next DC Universe game have been circulating for years now, ever since Rocksteady wrapped up development on Arkham Knight back in 2015 – could WB Montreal be working with Rocksteady on whatever’s next… or is this something different altogether?

We know that Rocksteady is hard at work on its next project, but whispers persist that WB Montreal is developing the next game in the Arkham series.

Dorias’ studio – whose last entry in the series was via Batman: Arkham Origins back in 2013 – is apparently heading up a new game rumoured to be Batman: Court of Owls, if 2018 rumours prove correct.

Then, artist – Eddie Mendoza – posted some art apparently related to Batman Court of Owls on Artstation back in January, spurring many sites to suggest the art was related to the game. Mendoza himself said it wasn’t, but the art seems to have been taken down…

Mendoza claims he’s worked for Warner Bros in the past, but we have no way of corroborating that information right now… you can see that so far there have been a pretty varied and robust set of rumours that suggest WB Montreal is working on the new Batman/Justice League game, and this new tweet from Dorias just seems to support that.

But could any of this information be related in any way to the 2018 ‘leak’ that spilled the beans on the next DC game coming from Warner?

A 4chan from late last year suggests that the game – set in the DC Universe, and focusing on the Bat-family, initially noted the game would be shown at the XO Conference 2018 – but it was AWOL. This is the information we were told we’d get shown (thought it was supposed to be related to Rocksteady, not WB Montreal):