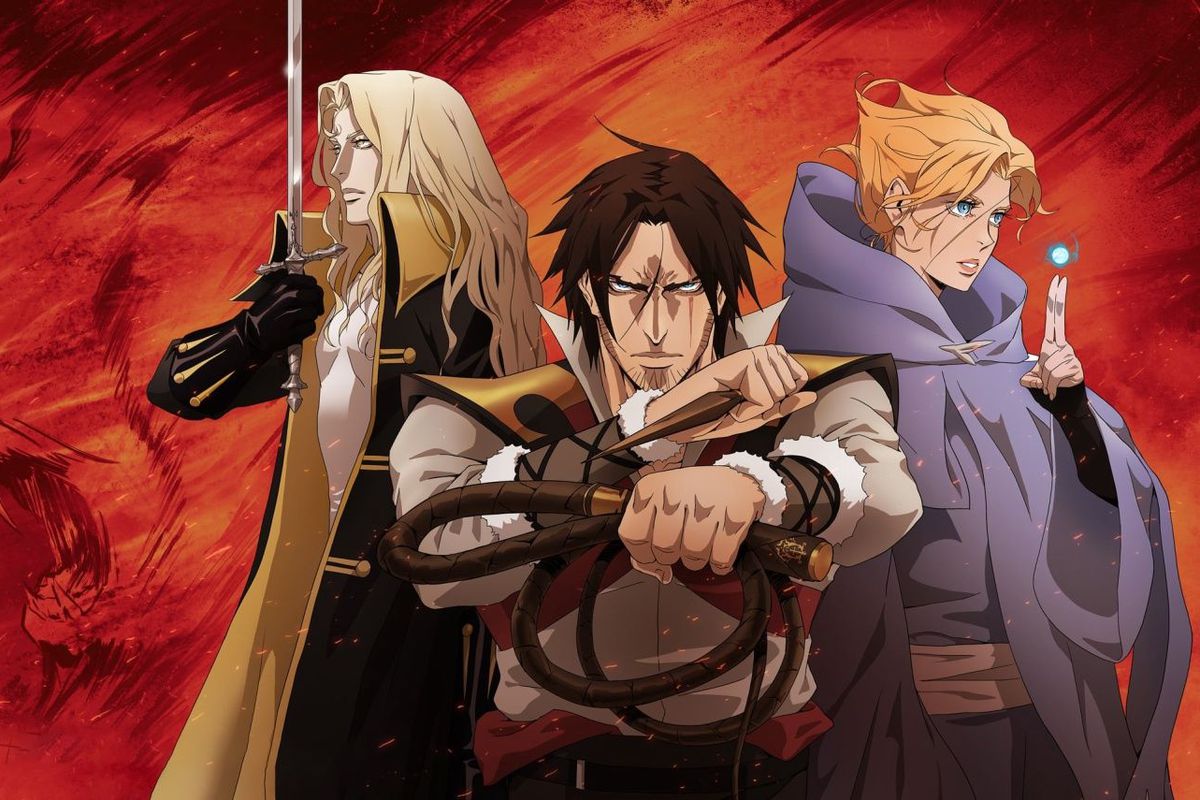 New rumours claim that Konami is bringing back beloved franchises like Castlevania and Metal Gear with remasters and new games.

Much like Castlevania’s Dracula, rumours that Konami has started making proper video games again, and not just pachinko machines, seem to keep popping up. It feels like every few months, someone is swearing that a new Silent Hill is in the works.

And now another big Konami rumour has surfaced, one that says Konami intends on making premium games for its biggest franchises. But these claims come not from some nameless rando on 4chan but website VGC, who says they obtained this info from anonymous publishing sources.

According to VGC, the first of these projects is an all-new Castlevania game which is being developed internally at Konami, with some external support from other studios.

Curiously, the game is described as a ‘reimagining’ by VGC’s sources, but whether this means the series is undergoing another continuity reboot is anyone’s guess.

We at GameCentral heard similar rumours going back several years, of an internally developed Castlevania game being made for the PlayStation 5, but as you may have noticed that was never officially announced.

It’s honestly flabbergasting that Konami never released a new game to tie in with the popular animated Castlevania show on Netflix. With that being many new fans’ introduction to the series, perhaps Konami plans to follow the Netflix continuity rather than continue the Lords Of Shadow reboot from the early 2010s.

Unlike Castlevania, it sounds like Konami has multiple projects planned for Metal Gear. Previous rumours suggested that Bluepoint Studios would cast its remake magic on the series, but that seems to have been deconfirmed thanks to the recent Sony acquisition.

Instead, VGC says it was told that Konami has enlisted Singapore studio Virtuos to work on Metal Gear Solid. Details on what exactly Virtuos’ project is are slim, but it may have something to do with Metal Gear Solid 3, the prequel game that centred around Solid Snake’s predecessor.

In addition, Konami will allegedly release remasters of previous entries for modern consoles, as part of the run up to the new game.

For anyone unfamiliar with Virtuos, it mostly focuses on supporting development on AAA games and ports. Its most recent work includes the Nintendo Switch ports for The Outer Worlds and BioShock: The Collection.

Finally, the same sources claim that multiple Silent Hill games are in development too. VGC had previously reported that a prominent Japanese developer is working on such a project, while other rumours had pointed towards Bloober Team being involved with the same or separate project.

At first Bloober Team, who were responsible for recent survival horror The Medium, did seem to encourage speculation that they were involved but, again, no official announcement was ever made.

Konami may announce its future gaming plans next year during major shows such as E3, with VGC’s sources saying that the company has warmed up to the idea of contracting outside studios to work on its brands.

This is due to the poor reception of its own in-house games like the aforementioned Metal Gear Survive and 2019’s Contra: Rogue Corps.

It’s worth remembering that Konami was going to be at E3 2021, but pulled out a month beforehand due to ‘timing.’ It also said that it was working hard on key projects, which could suggest that they simply weren’t ready to announced anything.

This does all sound encouraging and could be precisely what Konami’s fans have been hoping for for years, let’s just hope that these wishes weren’t made on a monkey’s paw…