Changes are coming to Xbox Live Gamertags — umlauts to make your handle more metal, and a naming convention that will let you choose the tag you want, even if someone else has had it for years.

The duplicate tag setup mimics how services such as Steam, Discord, and Battle.net handle handles. Basically, users may pick any name they like (within reason, and the bounds of the terms of use) and if it’s already taken, Xbox Live will auto-append a suffix to keep everyone unique.

“We’ll even change the suffix font size to keep the focus on the name you chose,” Microsoft said. Games are currently required to show the tag’s suffix during gameplay, so people can be sure that dudemanbestbro#2 is not in fact dudemanbestbro1 (for that is me).

The first change is free (usually these things cost $10). But if you’re happy with what you have already, don’t worry, nothing about it will change.

The other options include support for 10 new alphabets. Not only does that mean extra accents, tildes or the Nordic slashed O, it also accommodates Cyrillic, Thai, symbols for Chinese, Japanese, and Korean languages, and plenty more.

If this is confusing, here’s an example of how the new tags (and characters) will show up in menus on the Xbox Game Bar. 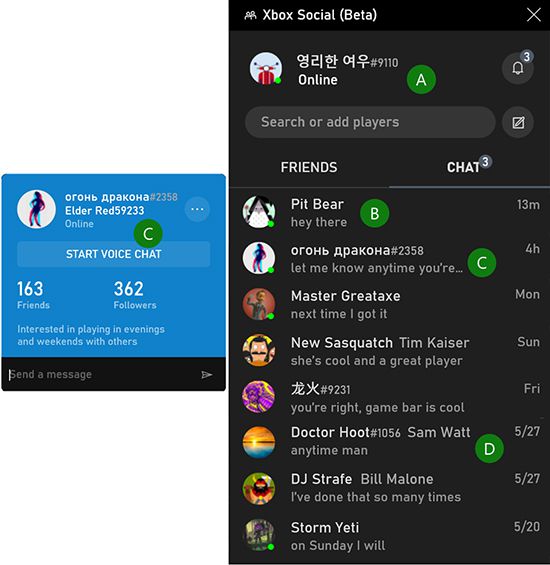 These updates became available today in the new Xbox app on PC and Xbox Game Bar, and will come to mobile devices and consoles over the next year.