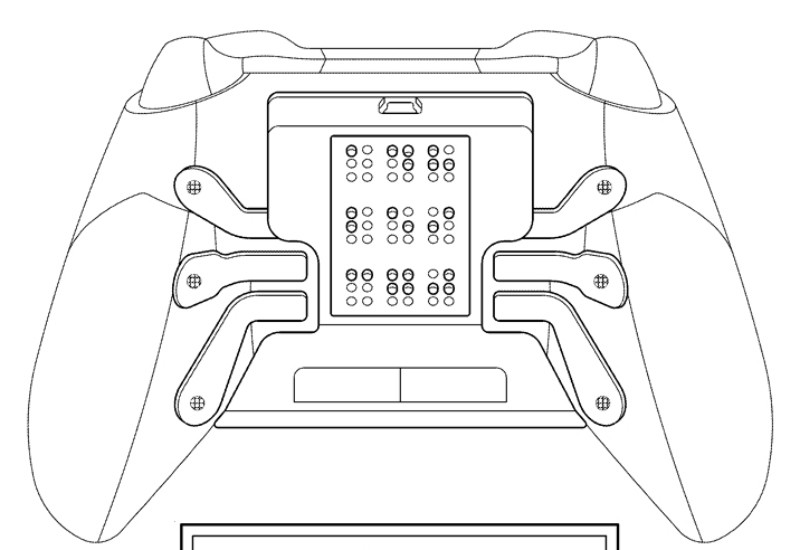 Microsoft has made their initiative to make more accessible controllers for every kind of gamer quite well known. The Xbox Adaptive controller has been praised by gaming accessibility organizations and users alike as an extremely useful tool for gamers who have a hard time physically using a controller. Now Microsoft looks to be tackling the problems visually impaired gamers might have, according to a new patent.

Discovered by LetsGoDigital, the patent seems to showcase a standard Xbox One controller but with a back touchpad that raises braille characters depending on feedback from the game. So in-game text that might be hard for someone to discern will be sent to the controller. The controller also has paddles on the back, similar to the Xbox Elite Controller, but numbers six of them. In addition to helping accessibility, this also helps keep the player’s hands on the back touchpad so they don’t have to choose between being able to read text and reacting to the game.

In the patent, Microsoft also suggests the software will be able to convert speech to Braille, allowing users to participate in game chat or while livestreaming.

There’s no date for this controller, as it has not even been officially announced, but it wouldn’t be surprising to see Microsoft make mention of it at their E3 conference this year.