For a long time, New World was limited to two weapons with three abilities each. With the introduction of Heartrunes, you've now actually got six total abilities as well as an extra "ultimate" ability. You will receive your first Heartune from completing a quest, "Secrets of the Heartgem", in the new Brimstone Sands region. From there, a world of possibilities opens up.

This guide will cover the several Heartrunes in the game, as well as how to craft them and utilize them in combat. 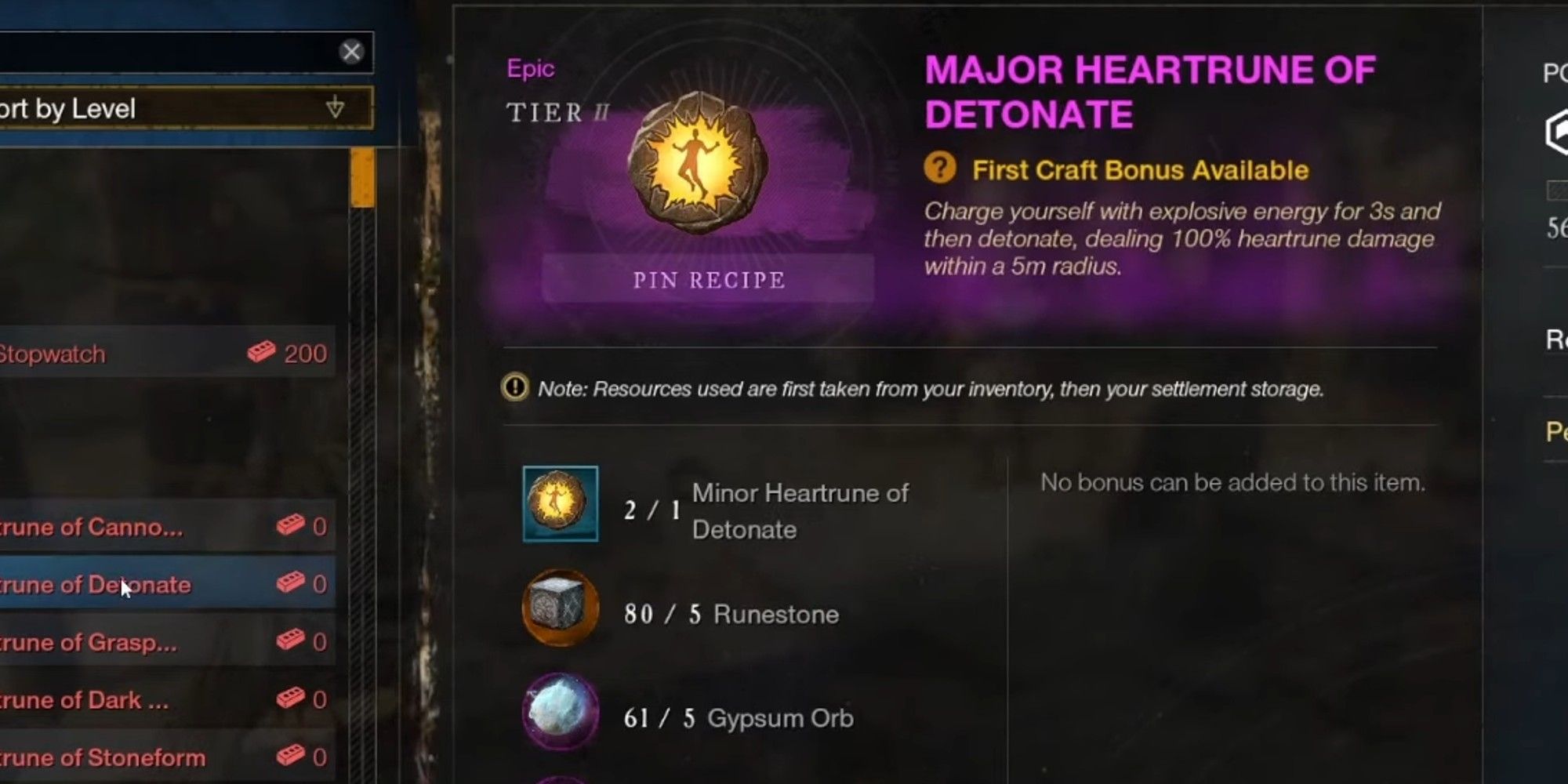 To summarize in short, Heartrunes are an "ultimate" ability that you equip like a weapon. They have a separate hotkey and are a meaningful upgrade to your power level in New World. They might deal AoE damage, or increase your damage absorption, or debuff your enemies.

These abilities are to be seen as complementary to the various builds in the game, but not overpowered enough to dictate the style of play completely. The process to actually earn the most powerful Heartrunes in the game is pretty complicated. Here's a rundown.

Every Type Of Heartrune Ability 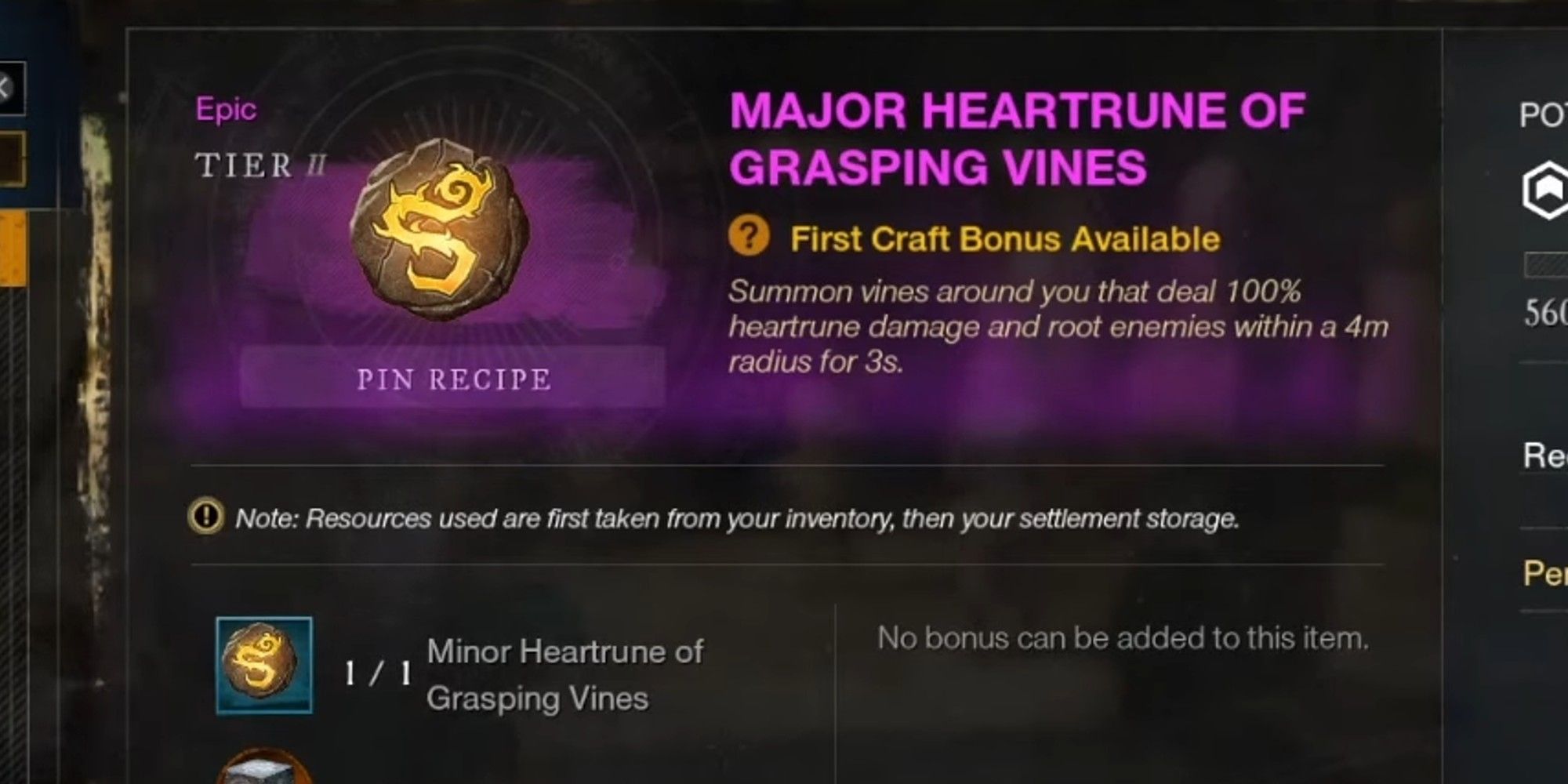 In total, there are five types of runes, but each of these five runs comes with three separate "perk" categories. That makes for a total of 15 variations of Heartrune. However, each of those variations also has a variety of perks. This offers a whole new level of customization for your builds.

On activation, this rune removes debuffs and makes you immune to various crowd control debuffs for five seconds.

Stone Form is clearly geared towards a tank build. Getting sustainability from Mending Form in the Stalwart version of the rune is great for expeditions. There are also lots of applications here for PvP.

AoE vine attack that deals damage and roots enemies in a four-meter radius for three seconds.

This is a great rune with a lot of CC and utility. It grants builds that don't usually have this sort of CC a new way to play. Great for Wars, OPR, and Arena all round. More of a PVP rune.

This rune will summon a cannon that fires a shot that deals 100% rune damage. This is also the first rune that you will receive from the quest.

A damage-based rune, good for PvP. Out of the secondary perks, we like the look of Explosive Blast in Brutal Cannon just for that extra AoE damage in group-based PvP.

A stagger attack that deals 100% damage and stagger in a small radius. Can be activated whenever you want while you're in the air – this looks awesome, by the way.

We think this will be a very popular rune for PvP or PvE. Getting free heals is always valuable wether you're in a war or soloing content. The utility of slows, Fortify, or extra damage also adds a bit of versatility to the rune.

This rune makes you detonate and causes 100% damage within a small radius. Has a short charge-up time of three seconds.

Again, lots of versatility here, and we can see this being a popular rune for both PvP and PvE. That movement boost while charging means you can also use the rune to chase down players/get out of danger if necessary.

How Do Runes Actually Work?

We've gone into the details there of each rune, but not how you activate them. You can charge runes up by completing light and heavy attacks. When charged, you can then activate the ability with a unique hotkey. 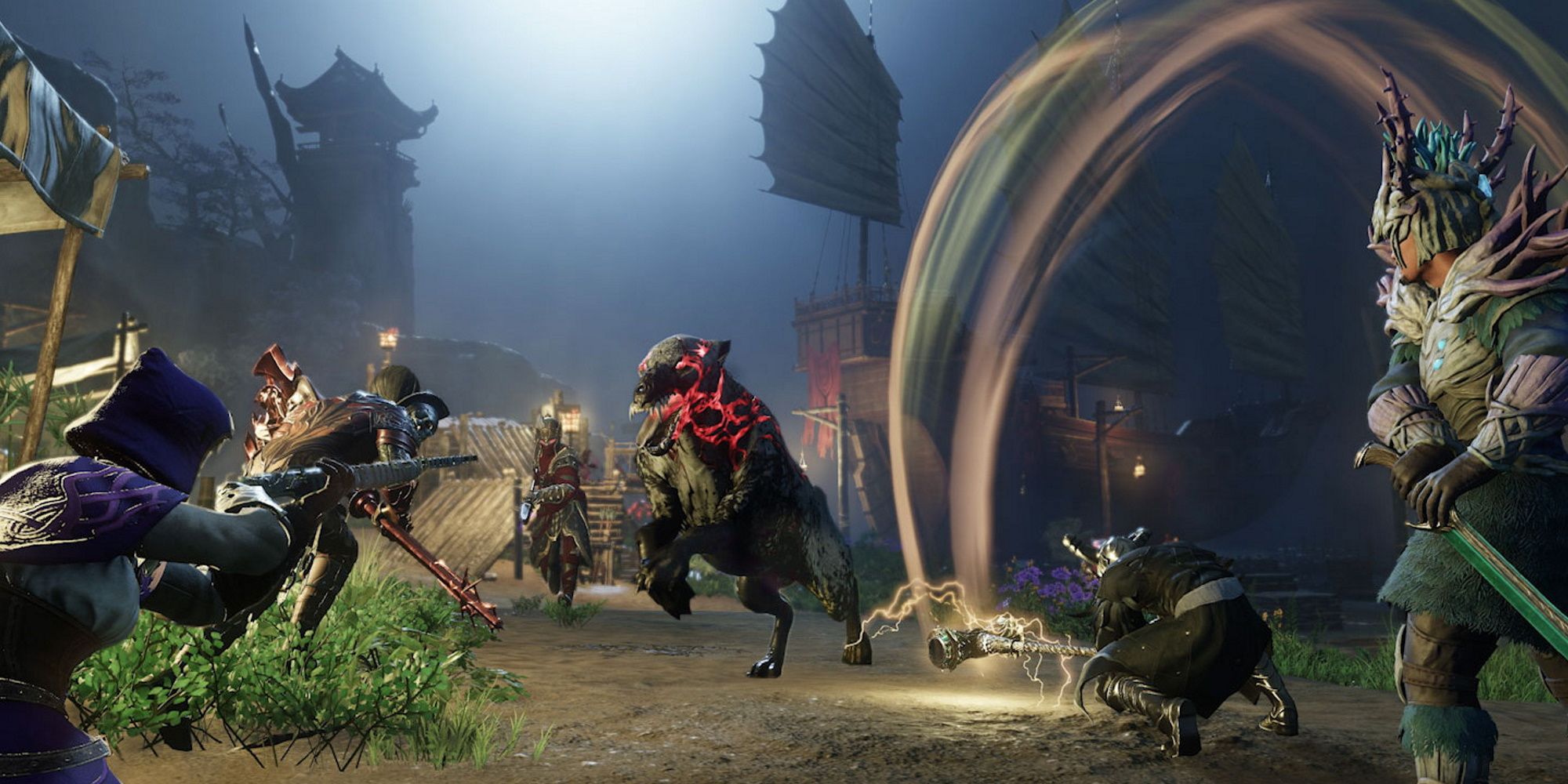 There are multiple levels of Heartrunes, and these must be earned by completing Expeditions and then crafting the superior version of each rune.

How To Get Minor Heartrunes

The Minor Heartrunes are earned in Expeditions.

However, this is just the beginning of your Heartrune journey. To upgrade your Heartrunes, you need to head over to the Stonecutting table with the appropriate materials.

You will not see the option to craft a Heartrune until you have completed the quest that gives you your first minor rune.

How To Craft Major Heartrunes

Those Minor Heartrunes you've just collected from the Expeditions are just the start. You will also need:

How To Craft Legendary Heartrunes

Never fear, we're not at the end of the chain yet. Next is the Legendary Heartrunes. These are also crafted at the Stonecutting table.

As you can see, this is an extremely expensive process. You will need tens of thousands of Umbral Shards to unlock all the Heartrunes. We recommend you just focus on one or two to begin with.