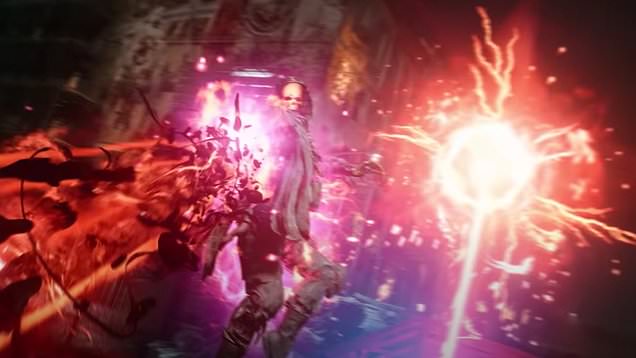 Call of Duty: Black Ops Cold War is getting a new Zombies map next week and it takes place next to the Berlin Wall.

A third Zombies map is being added to Call of Duty: Black Ops Cold War next week, for the start of Season Four, as the mode continues the Dark Aether storyline.

Mauer der Toten means Wall of the Dead and takes place on February 2, 1985 – while the Berlin Wall, separating the east and west sides of the city, is still standing.

The stories in Zombies can be hard to follow for anyone other than hardcore fans but if you’re not sure you even remember what Dark Aether is then the one detail to hold onto in the trailer is that it features a zombie killing robot called Klaus.

The map will also bring with it the new CRBR-S Wonder Weapon, which has four different variants, and the craftable LT53 Kazimir – which can teleport either you or enemies to different areas.

Mule Kick is also being added back into the mode, which allows you to carry a third weapon and has five skill tier upgrades.

Season Four will go live at 5am BST on July 15, for both Black Ops Cold War and Warzone. Although there will be the usual paid-for battle pass, the Mauer der Toten map will be free for everyone.

As yet, there’s still no sign of this year’s new Call Of Duty being announced, even though leaks suggest it’s a Second World War title, with an early alpha seemingly already on Battle.net.

Zombie Shooter After The Fall Delayed Until Later...