The best ninja games—whether it's Tenchu, Mark of the Ninja, Shadow Tactics, or Ninja Gaiden—are all united by one thing: making you look and feel really cool. This is the mission of all ninja games, whether they want to admit it or not. A blur of shadow, the glint of a blade, and an enemy falling before they even know what's hit them. But the difference in Ninja or Die, an upcoming indie action game by Japanese studio Nao Games, is that it achieves this with a single button. There are no complicated combos to remember or stealth systems to master, yet slipping on this ninja's black mask is every bit as exciting as any of those other games.

When you press that one button, your ninja will jump to wherever you point them and slice anything that gets in their path with their sword. If you hold the button down, they'll jump further and attack with more ferocity. That's the entire game, and I love the elegant simplicity of it. When you fling your ninja towards an enemy and kill them with your blade, it feels incredible. The game freezes for a microsecond as you make contact, creating a palpable feeling of power and impact, and the screen explodes with slashes and motion lines like a manga panel come to life. As you move across the level at lightning speed, your ninja leaves a stylish trail of silhouettes behind them. 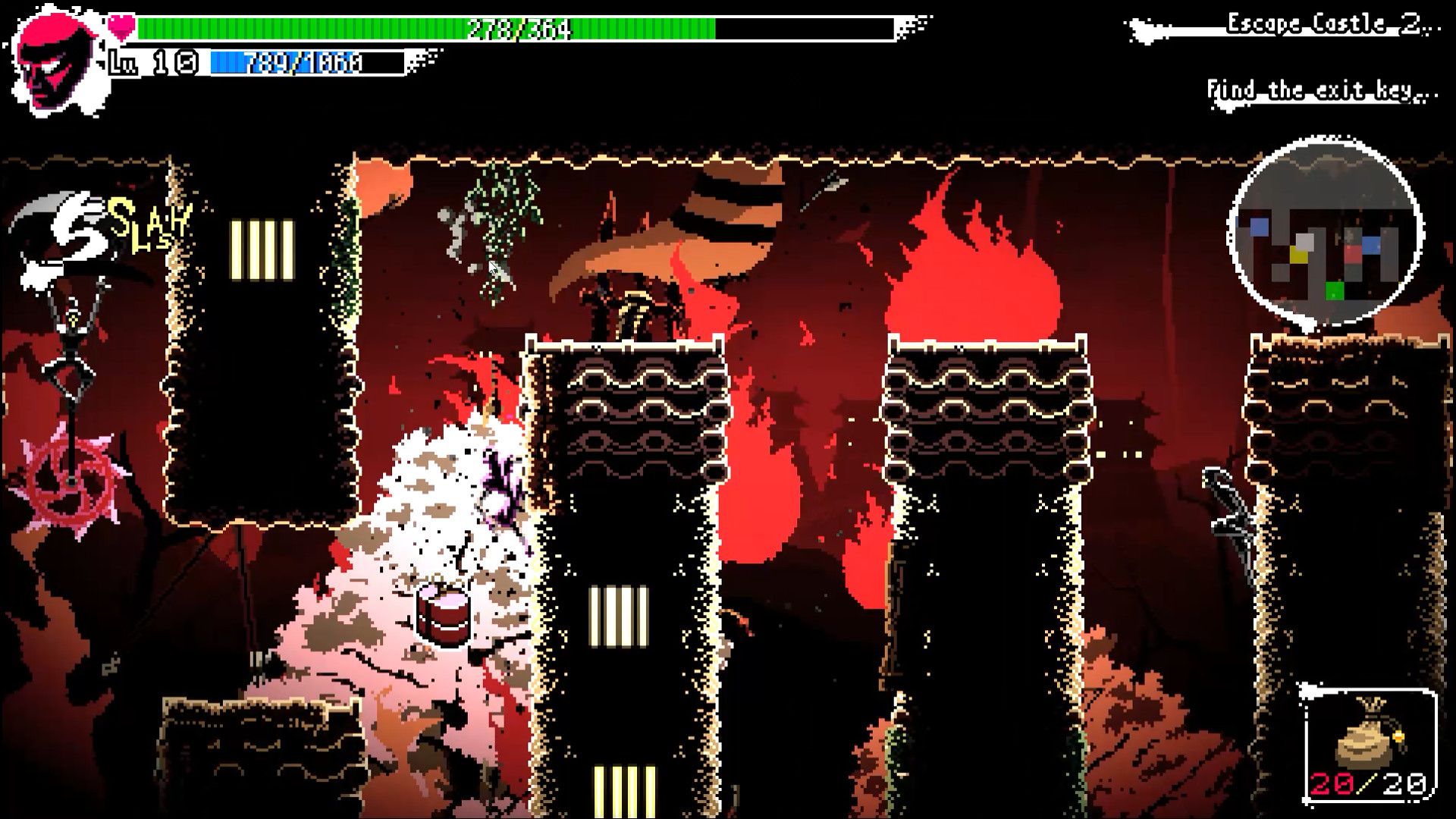 Crunchy is the best word I can think of to describe the action in Ninja or Die. It's some of the most satisfying feedback I've felt in a game, which is remarkable when you consider that all you're doing is jabbing one button and choosing a direction. As you pinball through the maze-like levels you have to avoid traps too, which come in the form of skin-tearing vines and deadly spinning blades. Beating a level involves navigating these danger-laden labyrinths, killing any enemy that crosses your path, and avoiding the many ways the environment is trying to kill you. Despite the simple, instantly learnable controls, this is a super challenging game.

It's a roguelike too, which means if you take too much damage and die it's game over. But, naturally, you'll be able to increase the strength of your ninja as you progress, growing more lethal as time goes on. You can increase the power of your charge or unlock the ability to attack multiple times in one leap. There are also stat-boosting power-ups to help you out, and apparently you'll be able to unlock additional playable characters—although I didn't get to experience that myself in my hands-on session. Ninja or Die isn't due for release until 2023, and is still very much in development. But even at this early stage I found the demo to be extremely playable.

Surviving these increasingly brutal, disorientating levels unscathed is tricky, especially as the number of enemies and traps begins to multiply. But when I managed to scrape through one alive, it was immensely rewarding. Ninja or Die is a fast-paced action game, but also has the feel of a puzzler. You have to balance the immediacy and chaos of the combat with thinking your way through some of the more devilishly laid out levels, which is an interesting mix. But mostly I just love how awesome it makes me feel when I perfectly time and charge a jump and slice theatrically through a big group of enemies, watching them flash out of existence one by one.