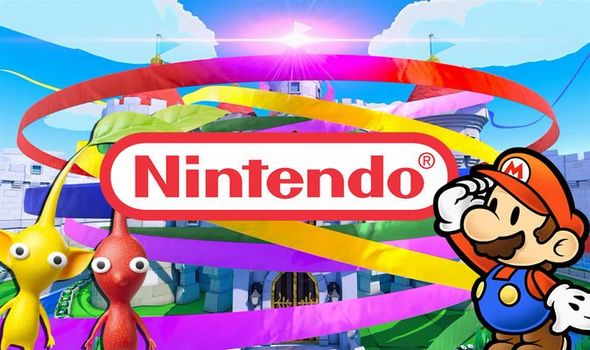 Nintendo Switch owners are patiently waiting for Nintendo to hold its annual Direct conference for the summer.

The summer Nintendo Direct traditionally takes place in June, although rumours suggest the Nintendo Switch showcase may be pushed back to July or August.

Fortunately, however, Nintendo has given fans an early taste of what’s to come for the Nintendo Switch in 2020.

In a week of big announcements and surprise game reveals, Nintendo has unveiled a brand new Paper Mario game for Switch.

Titled Paper Mario: The Origami King, the game sees Mario attempt to rescue Princess Peach from the clutches of King Olly, the ruler of the Origami Kingdom.

“It seems as if King Olly – who claims to be the ruler of the Origami Kingdom – has hatched a devious plot in unleashing his plan to fold the entire world,” Nintendo explains.

“Just when matters couldn’t get worse, King Olly has bound Princess Peach’s Castle in giant, coloured streamers and transported it to a distant mountain. He’s even transformed Bowser’s minions into Folded Soldiers and enlisted them in his treacherous cause.”

According to Nintendo, Mario will be joined by allies both old and new. This includes King Olly’s very own sister Olivia, as well as Mushroom Kingdom regulars.

The game will also feature a brand new battle system, as well as a new ability that allows Mario to stretch, pull and peel the landscape.

“Luckily, Mario is equipped with a range of new tools at his disposal to help secure victory,” Nintendo continues.

“A new ability called 1000-Fold Arms allows players to interact with the landscape by stretching out and pulling, peeling and revealing new locations, helping you solve puzzles and uncover unexpected surprises.

“While the enemies may be crafted from paper, these dynamic, turn-based battles are far from stationary.”

Arguably the best news of all is that fans won’t have to wait very long to play Paper Mario: The Origami King.

Nintendo has announced a shock July 17 release date for the upcoming Switch adventure. Fans can pre-order the game from the eShop right now.

The release of a new Paper Mario game isn’t the only good news for Nintendo Switch fans today.

Fresh reports suggest that Wii U classic Pikmin 3 is getting a Nintendo Switch port in the near future.

It’s believed to be another Deluxe Edition of a Wii U game, which means fans can expect additional content and tweaked gameplay.

The original Pikmin 3 made its Wii U debut all the way back in 2013. It’s not quite up to the standard of the flawless original, but it’s still worth playing if you enjoyed the old Gamecube games.

Expect Pikmin 3 to be announced alongside even more Mario games in the coming weeks.