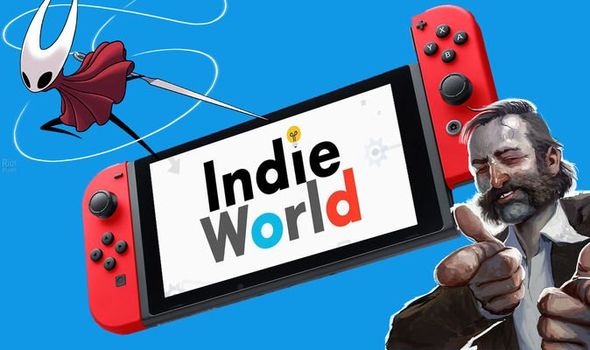 It may not be the Direct conference fans were hoping for, but Nintendo Switch owners are about to be treated to a new set of game announcements.

Taking place on August 18 at 5pm BST, the upcoming Nintendo Direct conference will focus purely on indie games for the Nintendo Switch.

According to Nintendo, the Indie World Showcase features around 20 minutes of information about upcoming indie games for the console.

This is likely to include gameplay trailers and release date news on previously announced titles, as well as brand new game reveals, and maybe even a surprise launch or two.

If you want to watch the action unfold for yourself, then simply click play on the YouTube video embed below at 5pm BST.

And what exactly can we expect from the Nintendo Indie World Showcase later today? Well, there are two games that fans are dying to hear more about.

First up is Hollow Knight Silksong, which is one of the most hotly-anticipated games for the console.

Despite being announced back in February 2019, Hollow Knight Silksong is currently without a release date.

Fans will be hoping this all changes after today’s Nintendo Indie World Showcase for the console.

“Play as Hornet, princess-protector of Hallownest, and adventure through a whole new kingdom ruled by silk and song!” reads the official Hollow Knight Silksong description.

“Captured and brought to this unfamiliar world, Hornet must battle foes and solve mysteries as she ascends on a deadly pilgrimage to the kingdom’s peak.

“Hollow Knight: Silksong is the epic sequel to Hollow Knight, the award winning action-adventure. As the lethal hunter Hornet, journey to all-new lands, discover new powers, battle vast hordes of bugs and beasts and uncover ancient secrets tied to your nature and your past.”

Disco Elysium is another game fans are desperate to hear more about during today’s Direct.

The unique RPG has been given an estimated 2020 release date on PS4, Xbox One and Nintendo Switch.

Disco Elysium developer ZA/UM previously confirmed that the Switch port was “going to happen soon”, so fingers crossed we get a definitive date later today.

“You’re a detective with a unique skill system at your disposal and a whole city block to carve your path across. Interrogate unforgettable characters, crack murders or take bribes. Become a hero or an absolute disaster of a human being.”