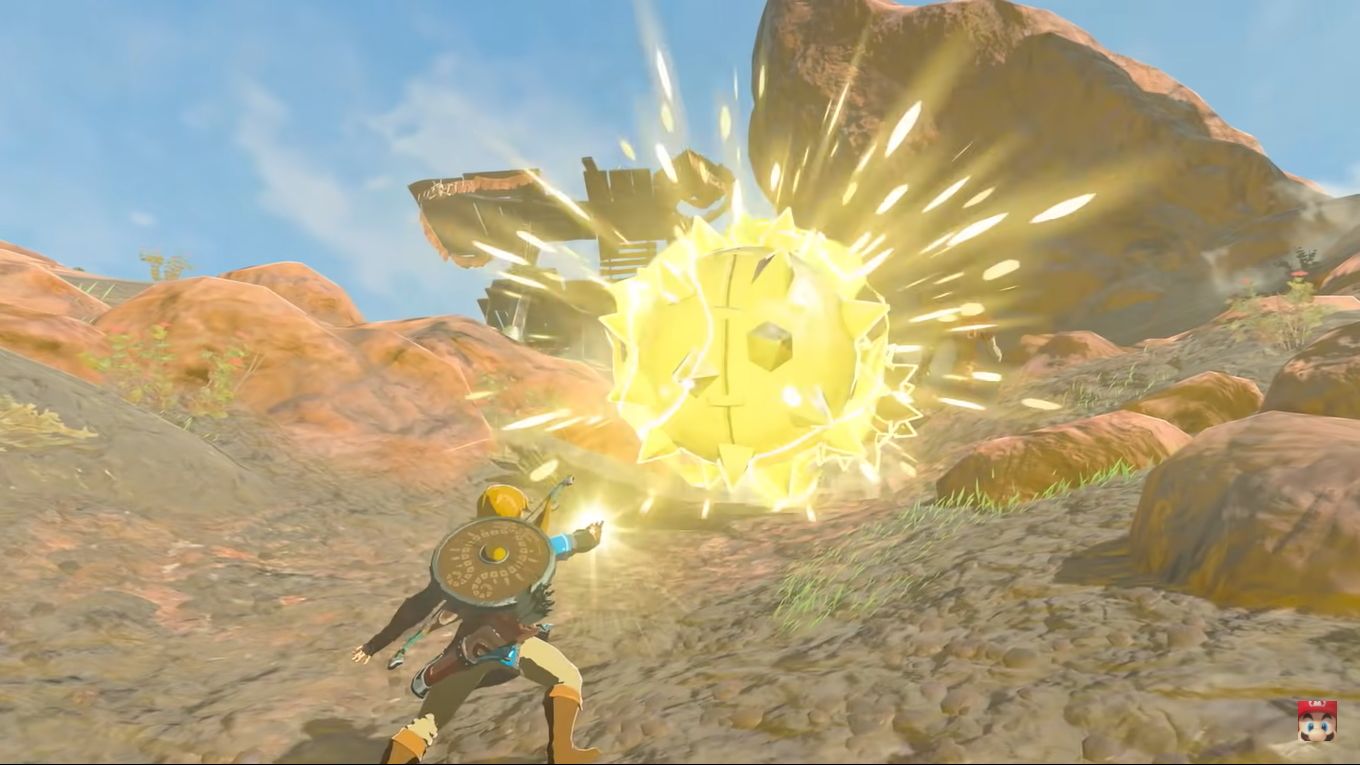 A set of new patents registered by Nintendo appear to describe new abilities in Breath Of The Wild 2 that some might regard as spoilers.

Although there was some hope that the sequel to Zelda: Breath Of The Wild might be at The Game Awards last week it wasn’t, which means the only real information on the game remains the brief gameplay trailer from back in June.

The game, which technically doesn’t have a name yet, is scheduled for release next year but there’s no clue as to when we might learn more about it… unless you read up on Nintendo’s latest patent information.

There are three patents involved which could be construed as spoilers, so only continue reading with caution. Although if you watch the trailer again you can see what appears to be examples of each in action.

The first one describes, in the most convoluted language possible, the ability to phase through a chunk of scenery from underneath and travel through to its surface – as Link appears to be doing at the 50 second mark in the trailer.

The second patent is the ability to rewind time, or more specifically the position of a particular object so that it returns to its original location. Again, this seems to be exactly what is happening in the trailer with the big spikey balls.

The third patent is basically just the concept of free-falling through the air, which you really wouldn’t have thought needed to be – or could be – patented. It’s not just falling though but describes how Link can change posture while in the air, including falling backwards, getting ready to dive, and firing his bow and arrow.

Since the patents appear to match up with the trailer there doesn’t seem to be any doubt that these are things that are actually in the game, although Nintendo are still free to change the exact way they work in the final game.

There’s still lots of unexplained stuff going on in the trailer though, including whatever the gadget is on Link’s arm, what seems to be a flamethrower, and the ongoing rumour that Zelda is now a playable character.

Unless Nintendo decides to file a patent involving any of that though we’re not going to find out more until there’s a new gameplay reveal, but at the moment there’s no clue as to when that will happen.