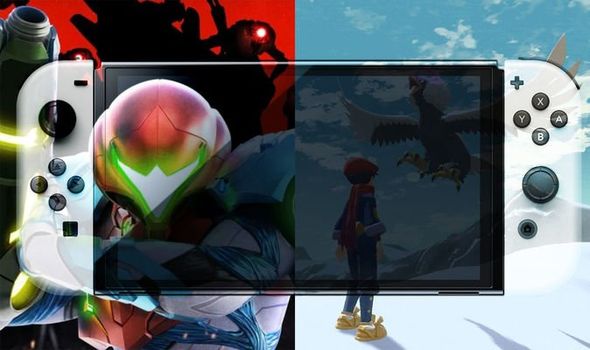 Nintendo Switch fans on the hunt for a bargain need to know some brilliant offers that are available online right now. One of the money saving deals that Switch fans can take advantage of is for the recently released Metroid Dread. A sequel that fans have been waiting almost two decades for, Metroid Dread is the follow-up to 2002 Game Boy Advance adventure Metroid Fusion. Metroid Dread launched last week and is one of the best reviewed Nintendo Switch games of the year.

It’s usually priced at £39.99, but right now you can get £5 off at Currys PC World. To get this saving, you need to enter the GAMENEXTDAY code at checkout – and also choose free delivery. This code is meant to give you free next day delivery, but if you’re happy waiting the three to five working days for your parcel you can instead make a saving on the listed price.

Elsewhere, another big saving that can be had is at ShopTo. The online retailer is currently taking pre-orders for Pokemon Legends Arceus, Pokemon Brilliant Diamond and Pokemon Shining Pearl.

If you don’t have a Switch yet, but have been thinking of picking up a console for some time, then now is the perfect time to do so.

The regular Nintendo Switch has had its price reduced recently to £259.

Or, you can pick up the recently released Nintendo Switch OLED model, which brings with it a raft of improvements – including a larger seven inch OLED display.

If you use the GAMENEXTDAY code you can get £5 off Metroid Dread at Currys PC World. To get the discount add Metroid Dread to your basket – but instead of choosing next day delivery, or a specific slot for your parcel to arrive, instead choose free delivery. Then enter the GAMENEXTDAY code in the payments section. It means your parcel will arrive in three to five working days, but you’ll save a fiver on the cost of the Nintendo Switch exclusive.

If you want to pre-order next year’s huge Pokemon exclusive for the Nintendo Switch you can do so now and also make a big saving. ShopTo is offering a £10 saving when you pre-order Pokemon Legends Arceus. The price of the highly anticipated JRPG is reduced from £49.99 to £39.85.

If you’re after the Nintendo Switch OLED console GAME has a range of great options. You can either purchase the new Switch on its own for £309.99 or choose from a range of bundles. Two bundles are priced at £319.99 – just £10 more than the console on its own. These bundles include either Pikmin 3 Deluxe or Paper Mario: The Origami King. Bundles priced at £349.99 include either Metroid Dread, Mario Kart 8 Deluxe, Animal Crossing New Horizons or Super Mario 3D World + Bowser’s Fury.