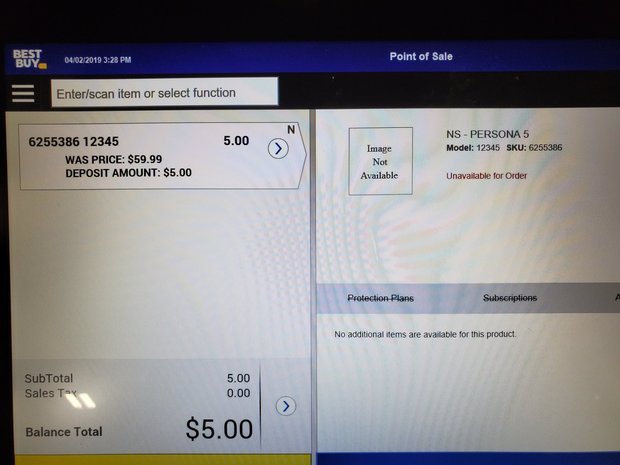 As well as the reddit source, trusted industry commentator and personality Wario64 has also noted that they’ve heard similar claims that Persona 5 will be coming to Switch.

To add fuel to the fire, a website for Persona 5 S has gone live recently, promising more information on 25th April, 2019. A coincidence? We think not.

This comes after Best Buy leaked the render of Joker in Smash Bros. Ultimate online.

Initially noticed by Twitter user Riley Little, the image shows off Joker, decked out with some nice new graphics – rocking the standard garb you wear in dungeons in the Persona 5 universe.

Joker will supposedly launch in the game in the coming weeks, though we do not have an official date or time we’re expected to see him.

But who else could be coming to Smash after we see Joker enter the game?

A Dataminer and Modder named HALO HYPE found that there were 16 dummy slots in the World of Light mode.

And some of the rumoured characters are wild.

One of the more sensible rumours suggests we’ll see Ryu Hayabusa from the Ninja Gaiden series, a natural fit given the old-school ties between the series and good old Nintendo.

Then we could be getting Steve from Minecraft. Steve is the name of the default character you play as.

While the series is owned by Microsoft, there have been other indications of the two companies becoming strange bedfellows.

However, the final character is perhaps the most strange, as it’s supposedly Doomguy – the guy from Doom.

You might think he is a bit too adult for the series, but just keep in mind that Bayonetta is a witch who gets naked when she fights.