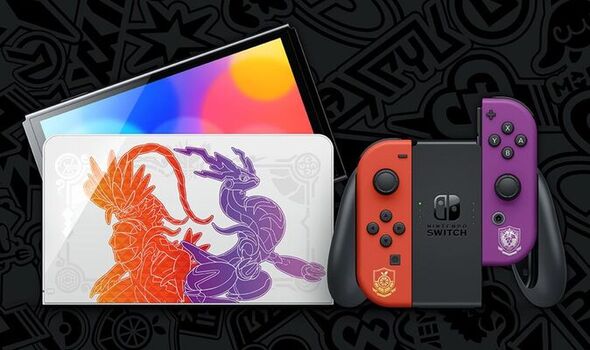 Nintendo Switch fans are being treated to their second big Pokemon game of the year, with Game Freak following up the release of Pokemon Legends Arceus at the start of this year with Pokemon Scarlet and Violet. This ninth generation Pokemon game was announced during the Pokemon Presents in February and is out shortly on November 18, and that’s not all – with a special edition Switch OLED console being released to commemorate the game’s launch. Like other limited-edition Switch consoles, the Pokemon Scarlet and Violet Switch OLED – which is available to pre-order at ShopTo right now for just shy of £320 – comes with a themed dock and themed pair of Joy-Cons, while a Pokemon design is also on the rear of the Switch console itself and the OLED console’s kick stand.

Pokemon Scarlet and Violet is one of the biggest Nintendo Switch releases of the year, and to commemorate this latest entry into the iconic Pocket Monsters series the House of Mario has launched a special edition Switch OLED console. Pre-orders are live now ahead of the game’s release date of November 4

Like other eye-catching limited-edition Switch consoles, this special Switch OLED boasts a striking design with lots of nice little touches fans will love.

The dock for the limited-edition Switch OLED features distinct artwork, with Legendary Pokemon Koraidon and Miraidon appearing on it as well as a Poke Ball on the rear.

The Joy-Cons are in the main colours of Pokemon Scarlet and Pokemon Violet and feature emblems from the two schools that appear in the games.

Elsewhere, the rear of the console has illustrations of symbols players will recognise from their time playing Scarlet and Violet, along with images of the starter Pokemon – Sprigatito, Fuecoco and Quaxly. 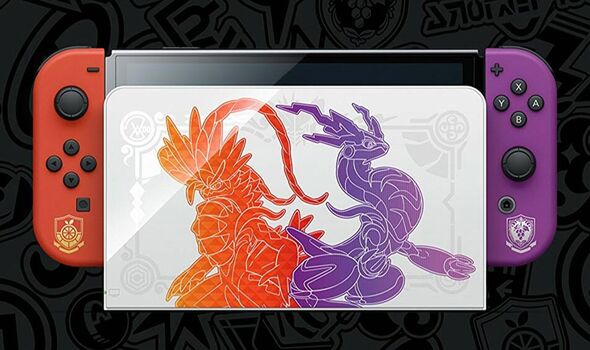 If this all sounds great to you and you’re just about ready to hit that order button there is one important thing we have to point out before you head to checkout.

Despite having plenty of cool things included this limited-edition console does not include a copy of Pokemon Scarlet or Violet.

You’ll have to order this separately, with Violet and Scarlet available individually on the ShopTo website for £39.85 and a double pack available for £89.85.

Pokemon Scarlet and Violet is out this November and joins a long-line of Pokemon games that already have launched on the Nintendo Switch.

This includes Pokemon Let’s Go Pikachu and Eevee, Pokemon Sword and Shield, and Pokemon Legends: Arceus, while the Switch is also home to spin-off games such as New Pokemon Snap and Pokken Tournament DX.