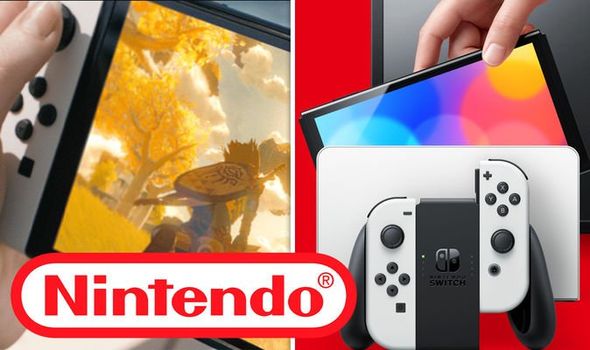 The new and improved Nintendo Switch Pro has been officially announced by Nintendo.

The surprise announcement comes after months of rumours and speculation about powerful new Switch hardware.

The Nintendo Switch OLED Model has been given an October 8 release date, which means it will launch alongside Metroid Dread.

As the name suggests, the headline new feature is the OLED display, which will offer a more vibrant experience.

While the console itself will be similar in size to the existing model, the screen will measure in at 7-inches.

According to Nintendo, it will feature more vibrant colours and a higher contrast compared to the current Switch and Switch Lite.

Other improvements include a wider adjustable stand for tabletop mode, as well as a LAN port for improved online performance.

With 64BG of internal storage, the Nintendo Switch OLED Model can hold more games – although you’ll probably still need an SD card if you download lots of games.

Finally, Nintendo has confirmed that the Nintendo Switch OLED Model will feature improved audio thanks to the beefier speakers.

Elsewhere, the stylish new console will launch with a brand new colour scheme, as well as the classic Neon Red and Neon Blue set-up.

Fans will be able to purchase a white model, complete with white Joy-Con controllers, a black main unit and a white dock.

At the time of writing, pre-orders are yet to go live, and Nintendo hasn’t announced the price of the console.

Express Online has contacted the company for confirmation about the price and pre-order dates.

Judging by the recent launches of the PS5 and Xbox Series X, it’s worth getting in early if you want to secure a console at launch.

Unlike the Switch Lite, the OLED Model will support both handheld and docked gameplay, meaning it can be played at home on the TV, and on the go.

“TV mode: Place the Nintendo Switch (OLED model) console into the dock to play Nintendo Switch games on the TV. By using the built-in wired LAN port, users can enjoy another way to connect online in TV mode.

“Tabletop mode: Flip the stand on the back of the console and use the console’s screen to play multiplayer games using the two included Joy-Con controllers right out of the box. The wide adjustable stand makes for a solid and sturdy foundation. It also allows players to freely tilt the console with more range on the viewing angle, so it’s easier to see the screen.

“Handheld mode: Users can bring the console wherever they go in handheld mode and play local* or online** multiplayer with friends. The 7-inch OLED screen provides vivid colour and high contrast.”