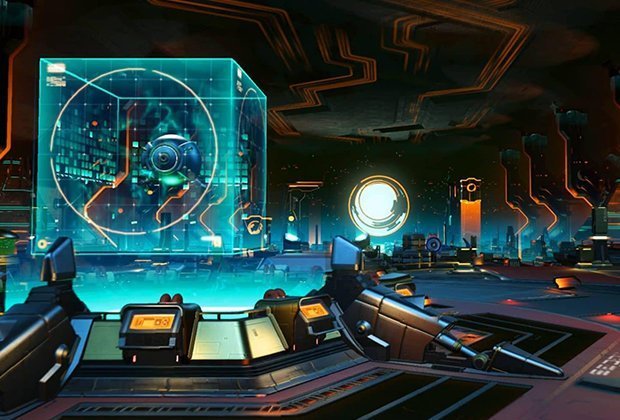 While there were a lot of disappointed players when the game launched, the title is now synonymous with the comeback story, having changed so much since it’s original release that it’s hard to believe it’s the same game. (Well, apart from the fact that no other game is doing this kind of thing).

There are a few key aspects of this new update, one of the most intriguing is the VR mode.

While the immersion of NMS has always been quite high, it’s being taken to an entirely new plane thanks to the addition of VR, which is said to be incredible. In fact, Joe Skrebels talks to Sean Murray about it a bit in this interview on IGN.

VR is still very much a luxury item though, so the main focus for many people will be the part of the update that focuses on multiplayer.

While the game has had multiplayer for a while, it’s now getting something called the Nexus, which is a special social space that can hold up to 16 or 32 people depending on which platform you’re on. PC players get 32, the rest get 16.

The Nexus is a kind of space station that can be summoned, apparently in any system without loading. It will then draw in random friends and strangers and will even include some new content as well… but what time will all this be available to you?

The latest – totally free – update to No Man’s Sky will be released on August 14 worldwide.

Previous No Man’s Sky updates have dropped around 9am/10am PST – which means that in the UK, we can likely see these this new update made available to players at roughly 5pm-6pm UK time.

Of course, there’s no certainty that Beyond is going to drop at that time – it’s a pretty substantial update and Hello Games may have other plans for this one compared to its previous updates and patches.

We’re keeping a close eye on the social media accounts for the game, so as soon as anything happens, we’ll make sure you’re updated.

No Man’s Sky: Beyond – Multiplayer updates

One of the biggest changes we’re going to see in Beyond is how Hello Games approaches multiplayer in the title.

The biggest way the studio is approaching the change in multiplayer is by introducing the Nexus.

You can think of the Nexus as similar to the Tower in the Destiny games: it’s a location where you will be able to interact with NPCs, change up your gear and interact with between 16-32 other players, depending on how the game decides to lobby you when you boot up the Nexus.

Hello Games will also be adding multiplayer missions to the game that allow for a variety of role-playing positions (from explorer to bounty hunter).

No Man’s Sky: Beyond – World updates

Base Building is getting a pretty massive overhaul in the game as of the Beyond update. Pretty much every aspect is getting changed as the game migrates into the newest version: new farming options will be available, more industrial building tools will be implemented, and the electric-powered computers will be added into the game, too.

If all this sounds a bit too much if you were planning on jumping back in, no worries – there will be a tutorial available to get you up to speed on all the new features.

You can now tame, ride and milk the whatever fauna you find on the bizarre planets you travel to, and there are more meal preparation options to support this renewed focus on animal husbandry, too.

The previously mentioned multiplayer updates also make it more likely that other players will see and interact with your base. Points of Interest will be ‘magnetic’ to your camera, so passing them will help you identify structures or whatever else you may find in the game.