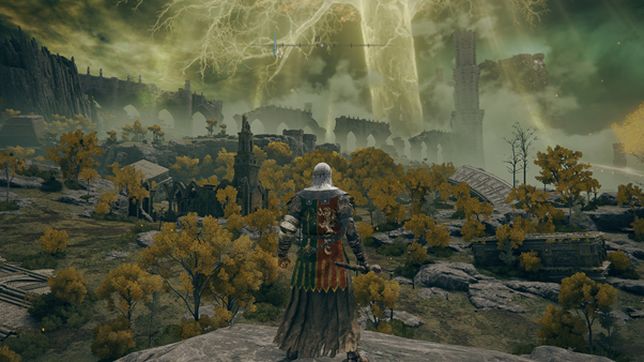 A reader argues that modern open world games, including the upcoming Starfield, should make more use of procedurally generated content.

Like many, my game of the year so far is Elden Ring, which I loved for many reasons, not least its magnificent open world. I’ve always liked games like that, including Zelda: Breath Of The Wild, Fallout, and Far Cry. I’m very much looking forward to Bethesda’s Starfield and The Elder Scrolls 6 but there’s one thing I hope they do that’s different, and that’s have a much bigger open world.

I’m actually shocked that worlds as large and detailed as Zelda and Elden Ring ever get made but they’re still pretty finite. It doesn’t really take that long to ride across them and while they are super impressive when you realise that everything was made by hand that is kind of the problem.

It’s infeasible to just employ twice as many people to make the worlds bigger, so I wish companies would make more use of procedural generation. This happens a lot in indie games, which is where I think it has earned itself a bad name. Yes, it can create very generic areas but that’s only if it’s being used to create dungeons, that you’d normally expect to be intricate. But when it’s landscapes I think it’s much more useful.

I’m imagining something like Minecraft, where the game world goes on almost forever but is automatically created in believable ways as you go. One of the best things in Elden Ring and Zelda is finding treasure in a really obscure place and feeling like you’re the only person that ever did, even though you blatantly weren’t. But imagine if you were! Imagine if that world was created only for you and everything you were finding and exploring was built just for you!

I find that thought very exciting and I think Bethesda are implying they’re doing something similar for Starfield. Unfortunately, I don’t really like sci-fi games, but I hear there was something similar, to a much more limited degree, in Mass Effect.

I’d like to see this expanded for all open world game types so that you don’t fell so constrained, always travelling between the same few areas and making even the largest of games seem small.

Starfield still seems to be based on mostly last generation tech so my hope is that The Elder Scrolls 6 will be the one to make proper use of procedural generation and perhaps other elements of AI tech. We’ve all seen how quickly AI generated artwork is coming on and I see this as having amazing potential for video games.

Better AI can make sure the landscapes are more realistic and the treasure hidden in more interesting and complex ways, but in the future it should be able to generate non-player characters too, both physically and in terms of dialogue. We already have chatbots that can get spookily realistic so it should be relatively easy to put that into a game, especially using cloud technology.

Perhaps weapons can be AI generated too, to always be unique, or animals and enemies as well, so you never fight exactly the same thing twice.

The idea of having a whole world to explore, that isn’t just an elaborate fairground ride that you’re meant to travel through in exactly the way that the developer intended, is my dream game. We’ve seen glimpses of what that can be already, but my hope is that once we get properly into the next gen we’ll see a whole lot more.