After your fight with Yagak, your crew continues to search for the signal. After a short expedition, your crew has ended up in a desert with an abandoned fort of human origin—something that should be impossible since no humans have traveled this far on Enoch and survived.

Outriders’ Echoes quest is a simple quest that sets up the final narrative arc for the game. Gameplay-wise, expect to fend off against waves of Ferals and Beasts. With your newfound legendary and access to crafting once again, nothing should be able to stop you. Here’s a complete guide on Outriders’ Echoes quest.

Find Shelter For Your Crew 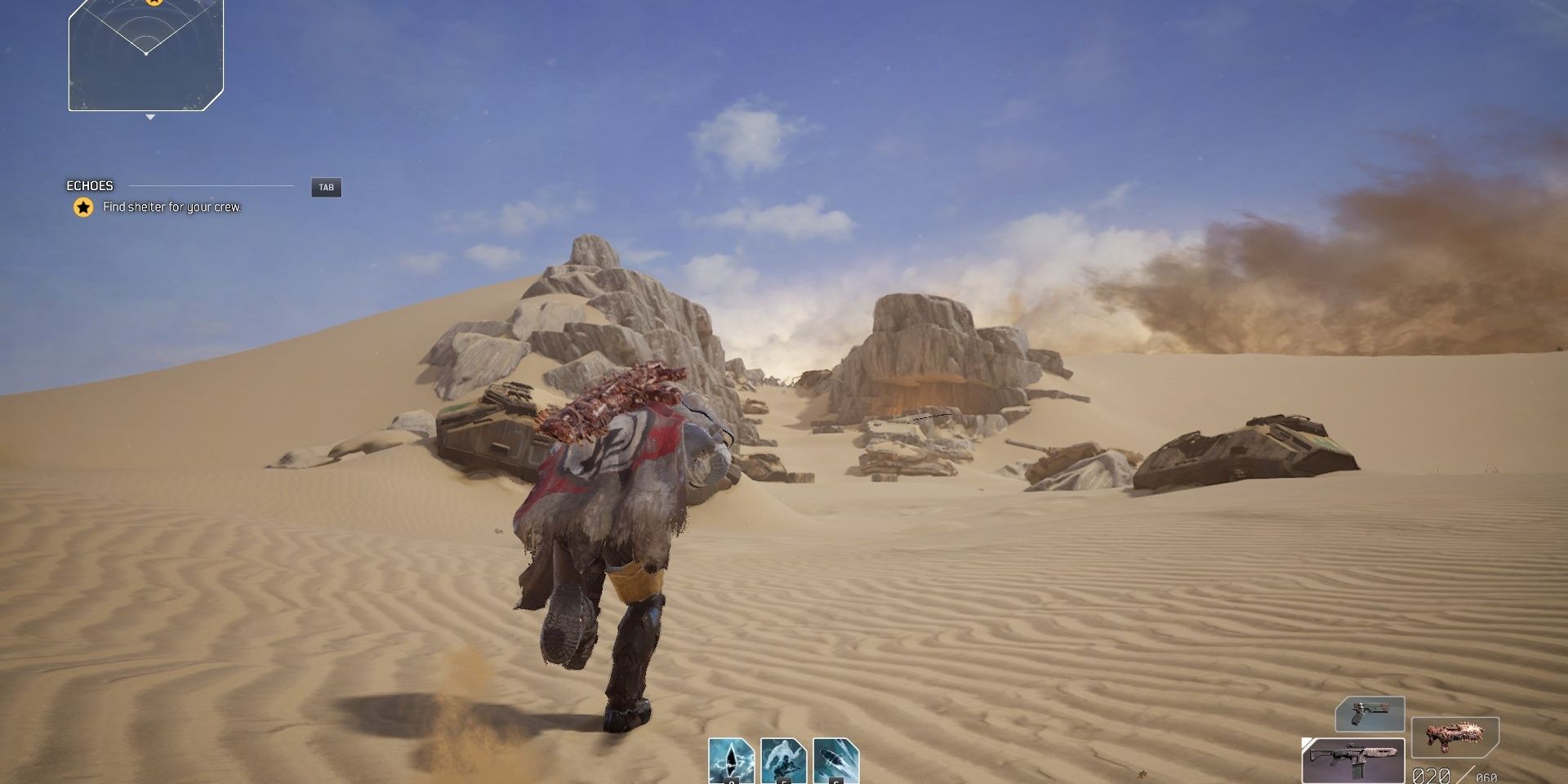 The Anomaly storm does not relent. You’ll need to find shelter for your crew within the desert. Run up the path to start the quest. 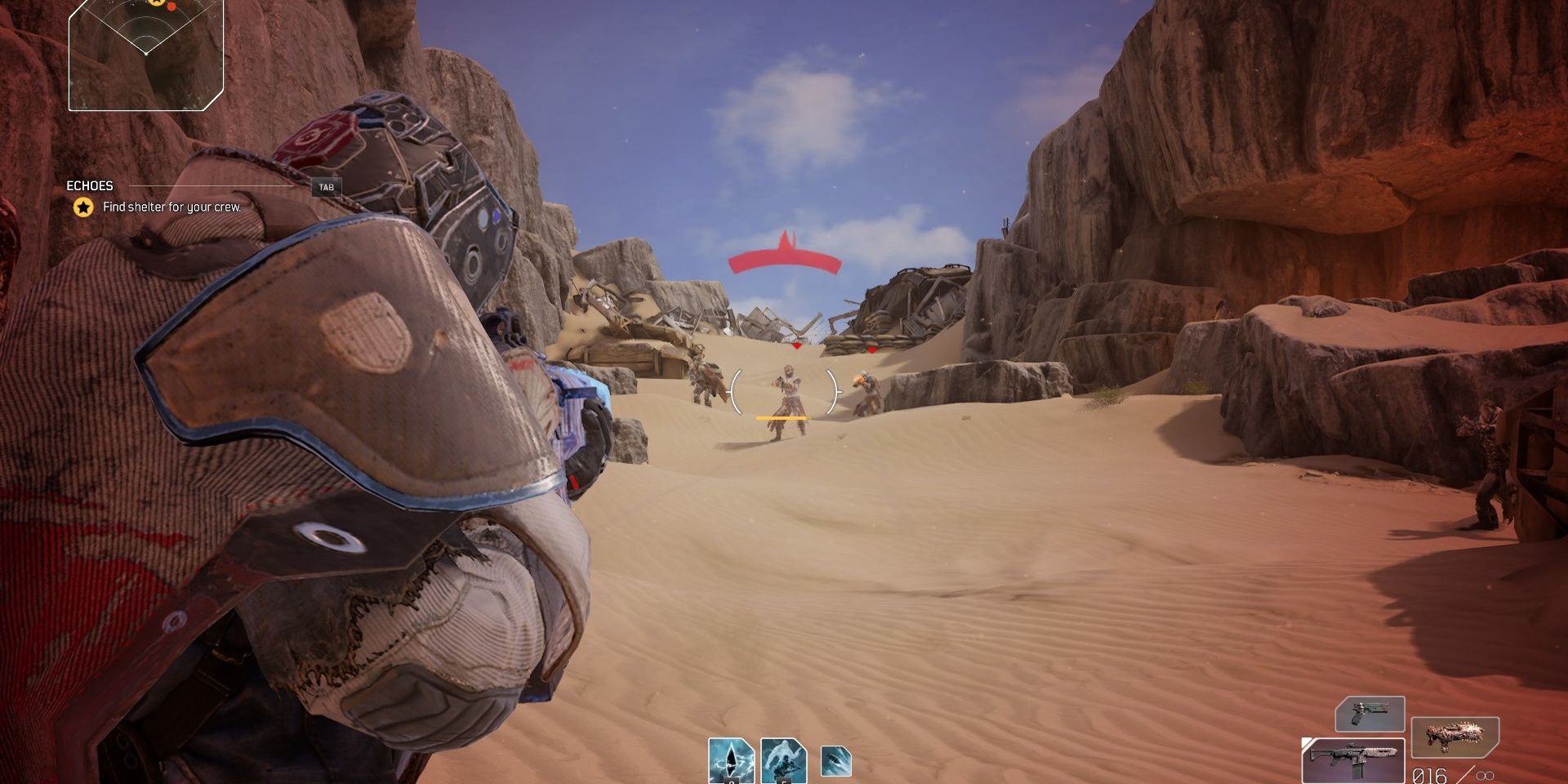 Ferals will attempt to ambush you when you run far enough in the path. These enemies are all fodder units, consisting of basic ranged and melee units. Carve through them with your weapons and abilities. Clear them out, the clear the debris pile at the top of the hill. 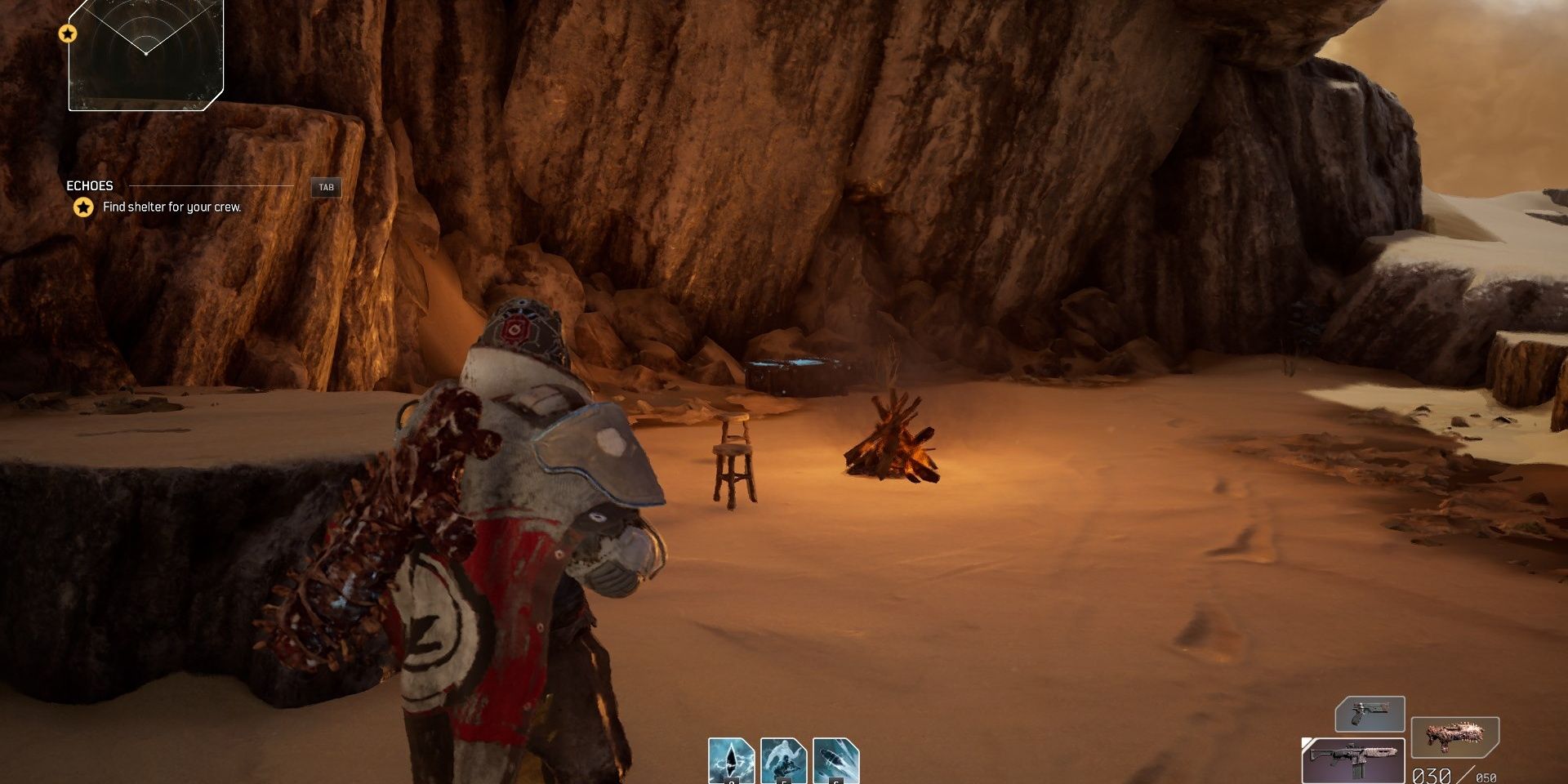 A chest can be found beside a bonfire to the right of the Feral ambush. 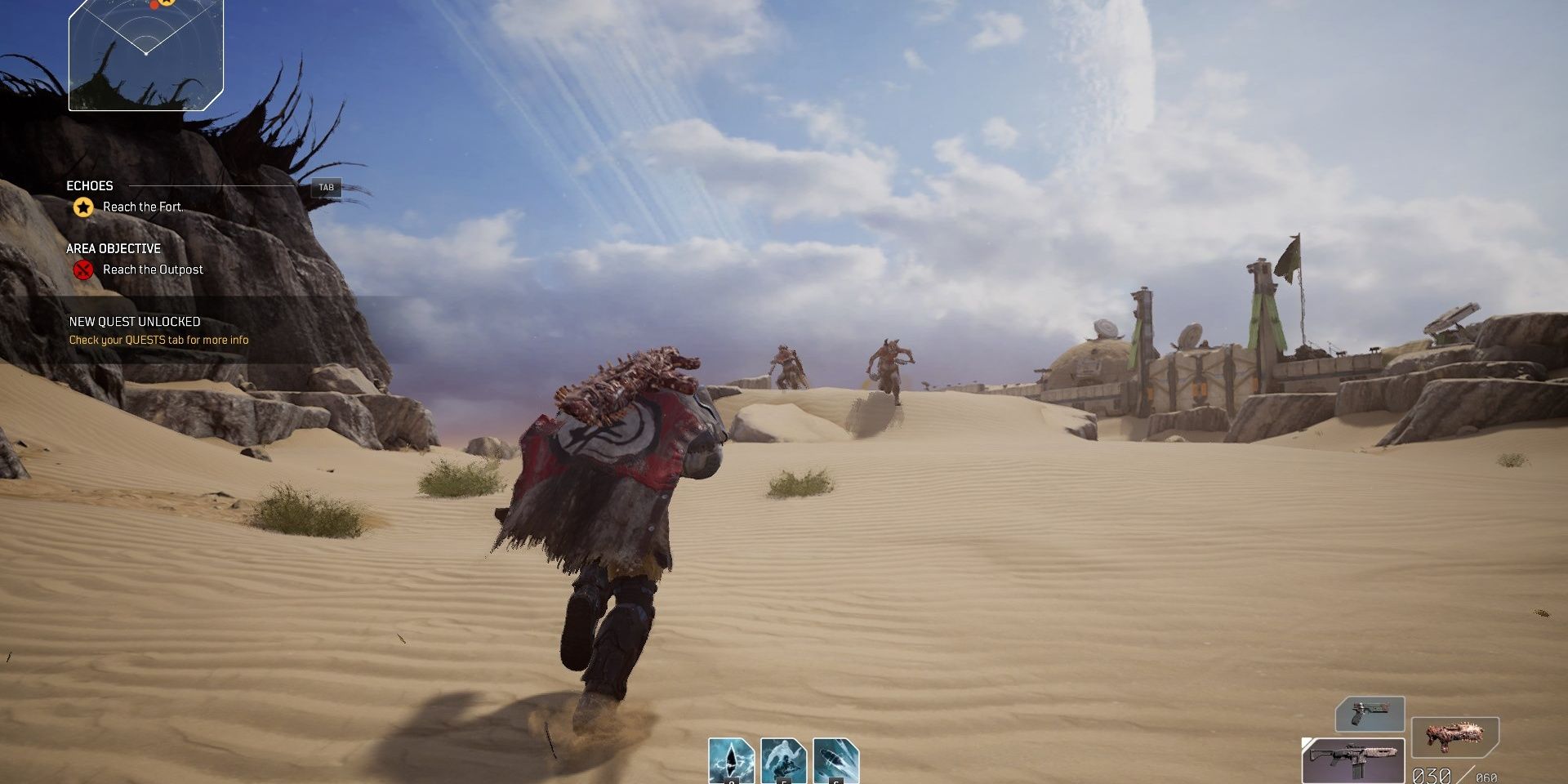 It looks like you weren’t the first humans to arrive here. There’s an abandoned fort at the other end of the desert, directly across from your camp. Dr. Zahedi needs to access the camp to figure out where the source of the signal is coming from.

Stock up on ammo, upgrade your gear, then proceed towards the fort. You’ll encounter a small group of Ferals at first—nothing a well-modded weapon can’t handle. 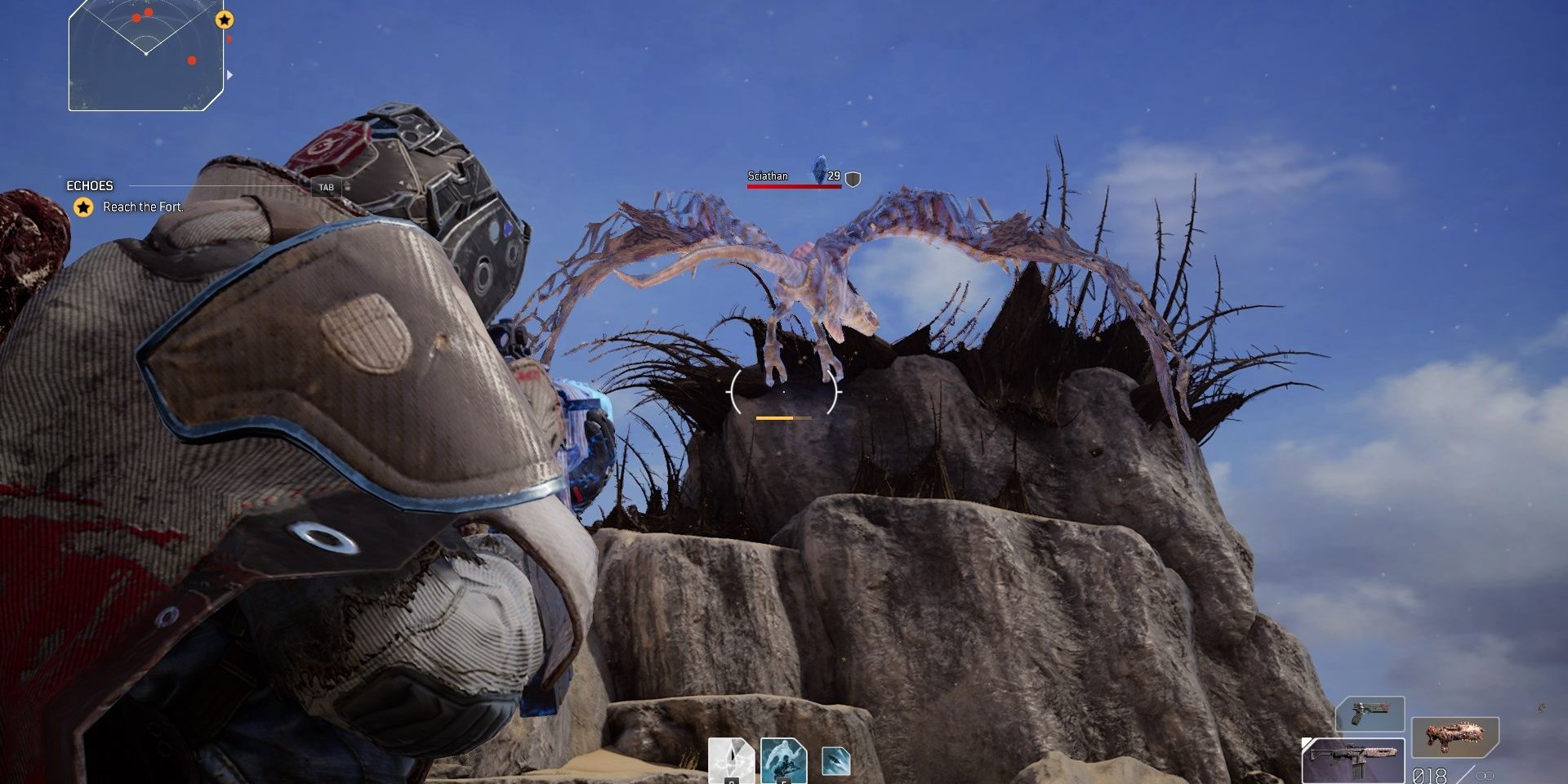 Clearing out the Ferals will cause a few Desert Beasts to spawn, one of which is a Sciathan. This flying creature will pelt you with Anomaly blades and dive-bomb attacks. Maulers will also swarm you in an attempt to distract you. Focus on the Sciathan first. Use any mid-range weapon to damage the bird, forcing it to land. A few abilities or close-range rounds should be able to kill the Sciathan once it has landed.

A second Sciathan will spawn after you kill the first one. Once again, damage it enough to force the Sciathan to land. If it’s giving you trouble, group the Maulers together before killing them to activate your healing mechanic. Clear out the Beasts to proceed.

Find A Way Into The Fort 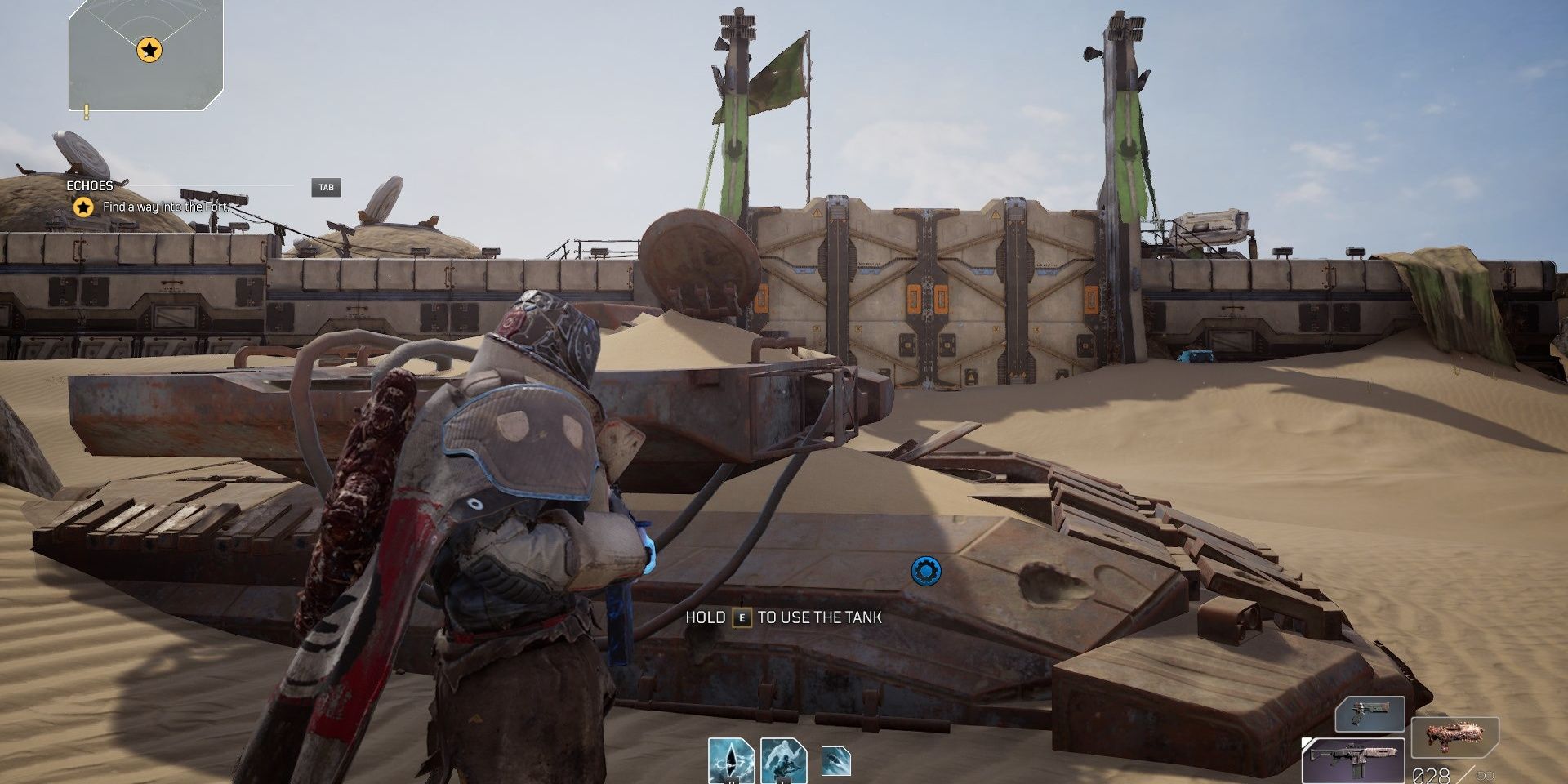 A tank is conveniently stationed just outside of the gate. Hop in the tank to destroy the gate, giving you an entry point into the Fort.

Uncover The Origins Of The Fort 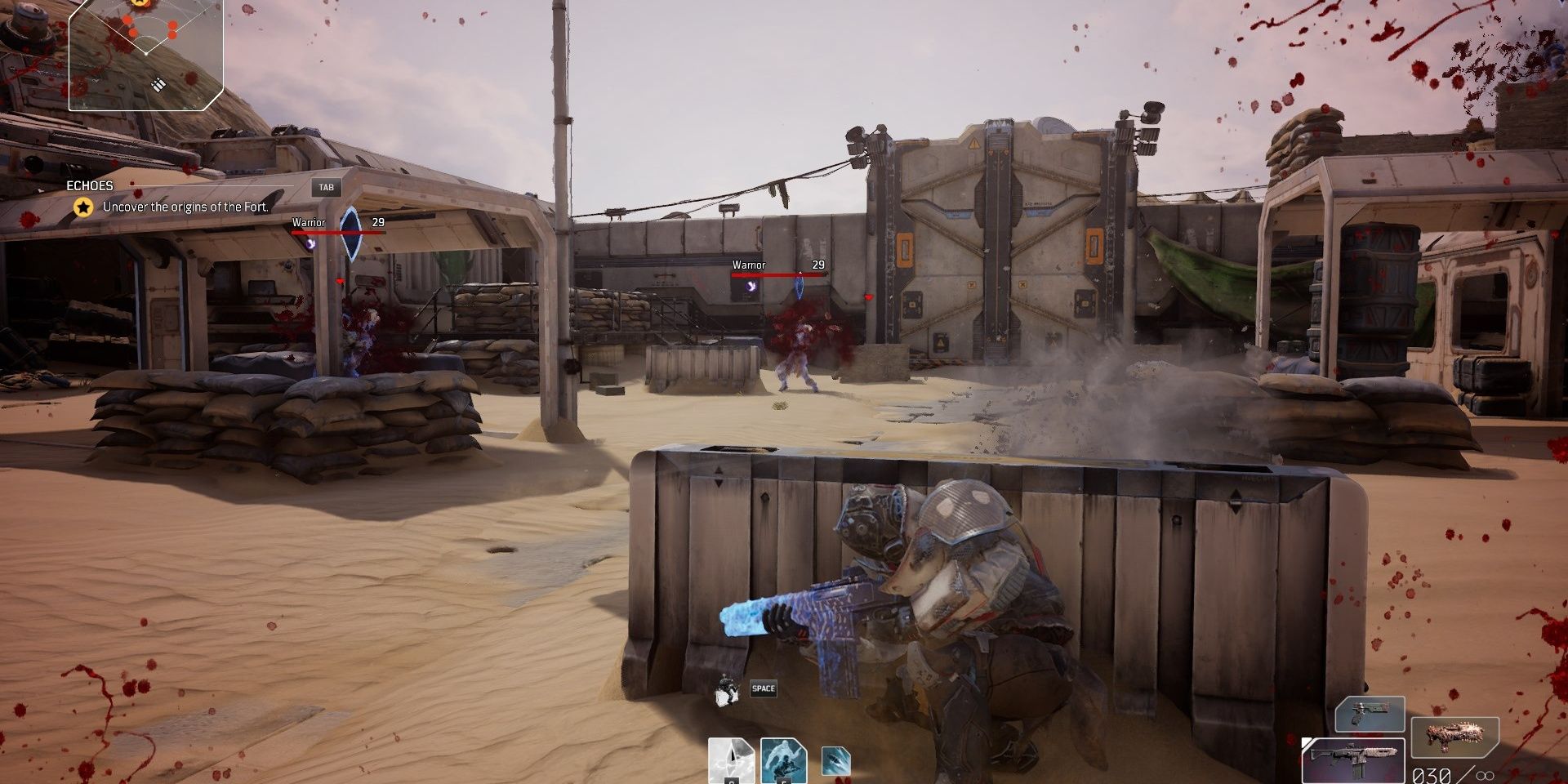 As you enter the gate, you’ll be swarmed by multiple Ferals. The first group of Ferals are mostly Warriors and Berserkers, nothing too difficult. 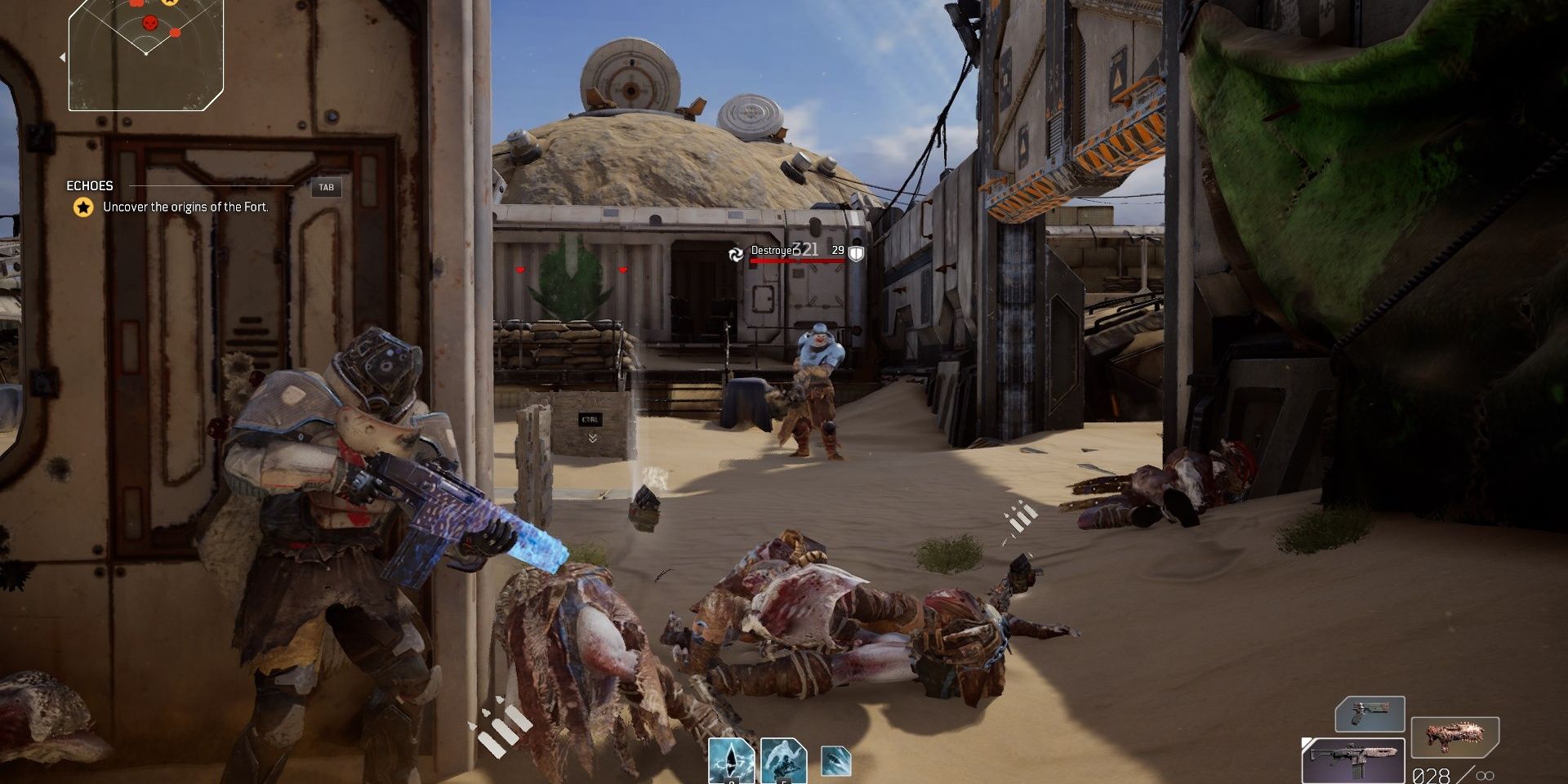 After you kill those enemies, a second group of enemies will enter the arena from a newly opened gate. One of these enemies is a Destroyer. Get close to it, use a melee attack to strip its armor, then use your weapons to take it out. Clear out the rest of the enemies, then push further into the Fort. 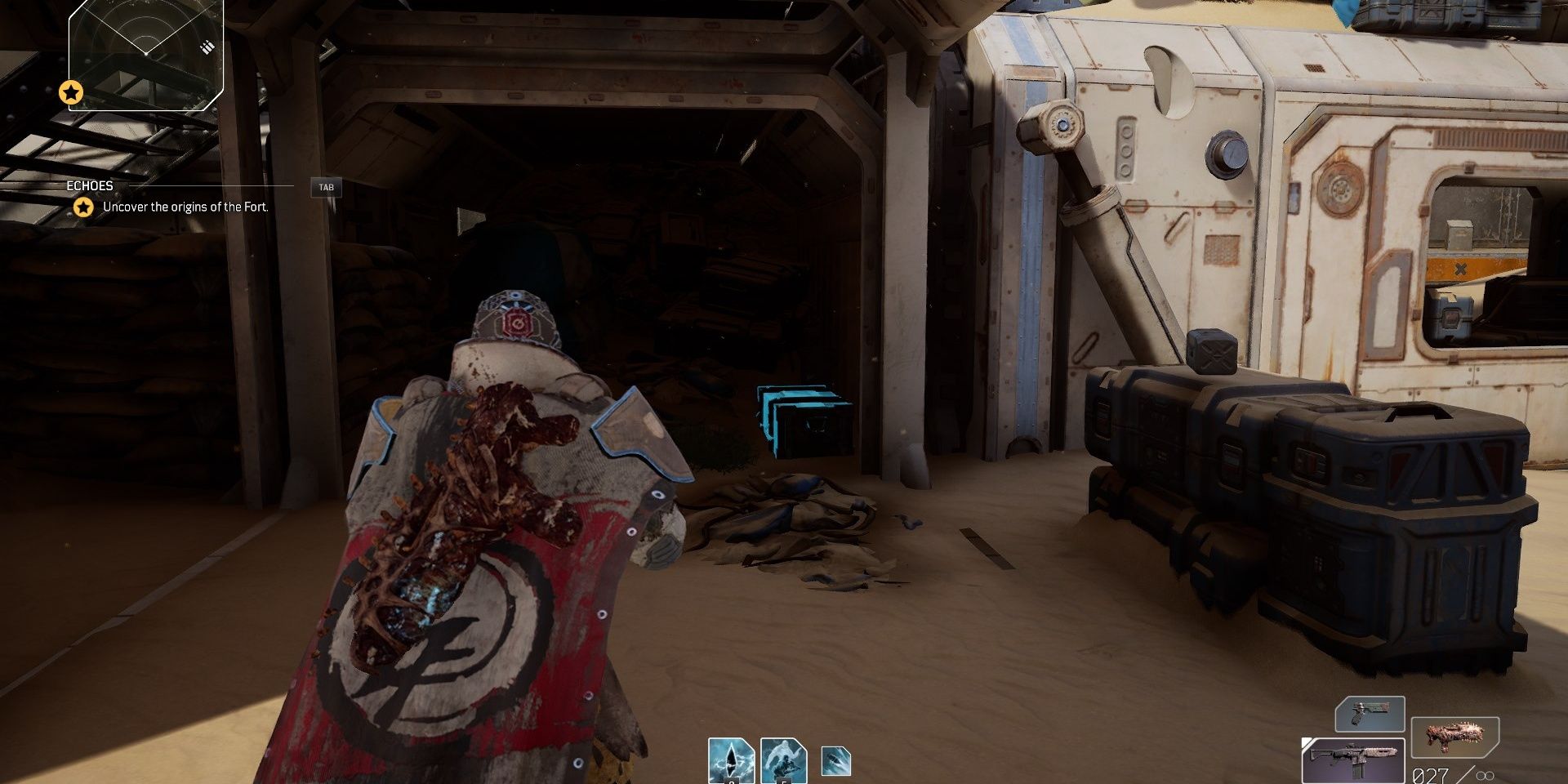 Head dead center of the arena, then turn right. It’ll be hiding in a small storage unit. 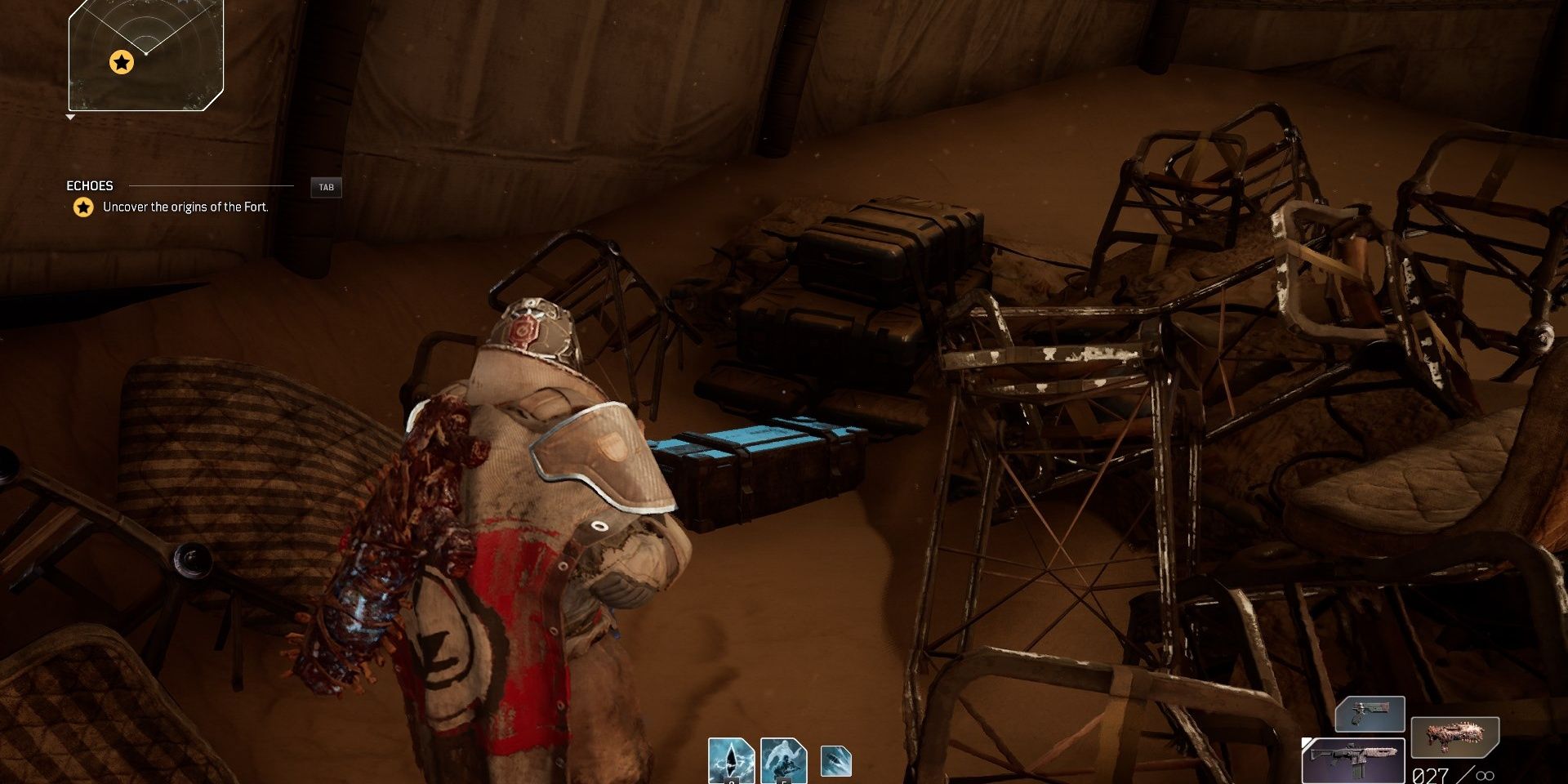 Run into the dome-shaped structure directly across the arena. 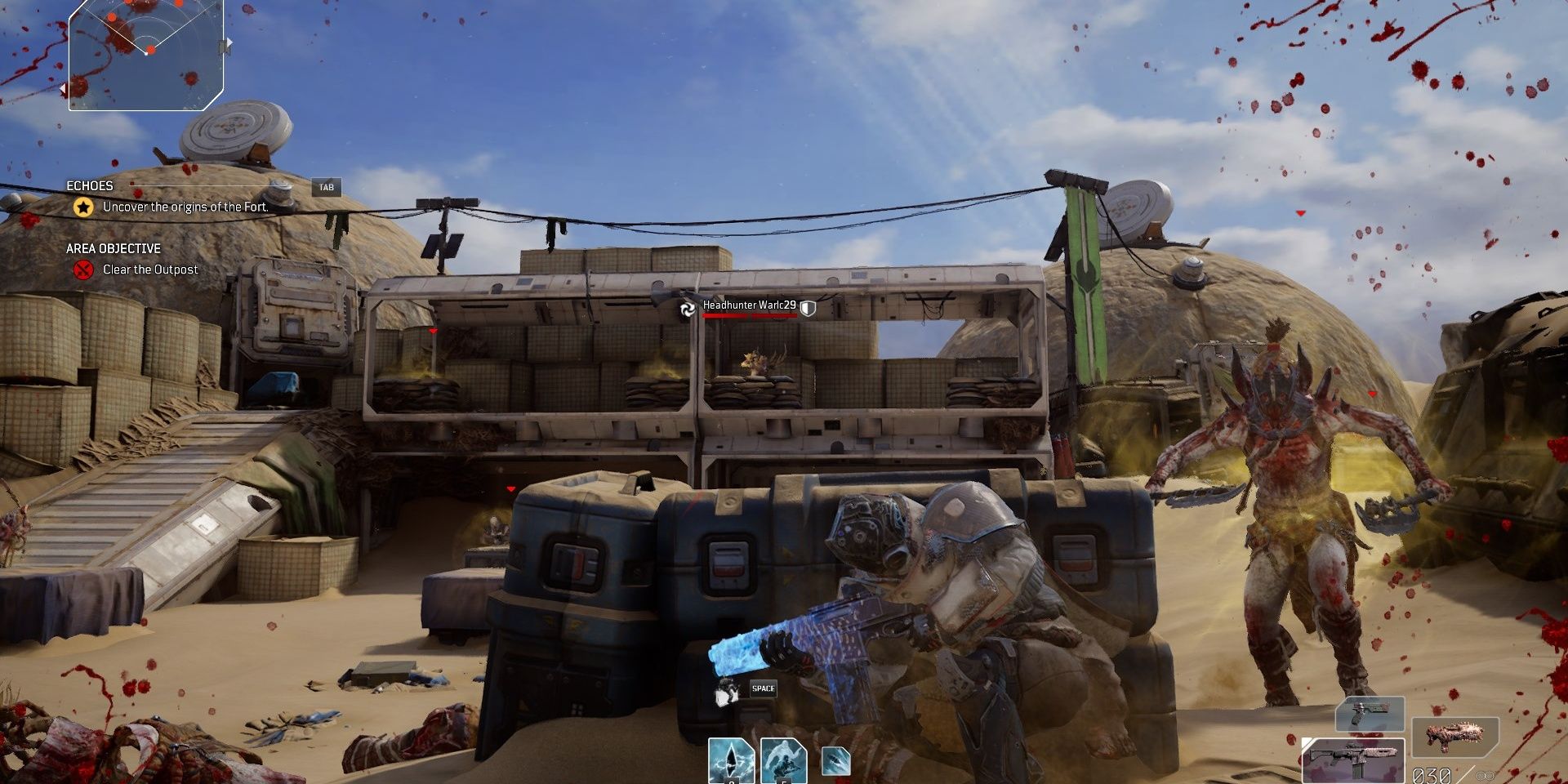 More Ferals can be found further into the Fort. A few Berserkers will rush you from the right side of the arena.

Once you deal with them, focus your attention on the Headhunter Warlord on the second story of a storage unit. It’ll attempt to buff its allies and damage you from afar with a sniper. Closing the gap is recommended. 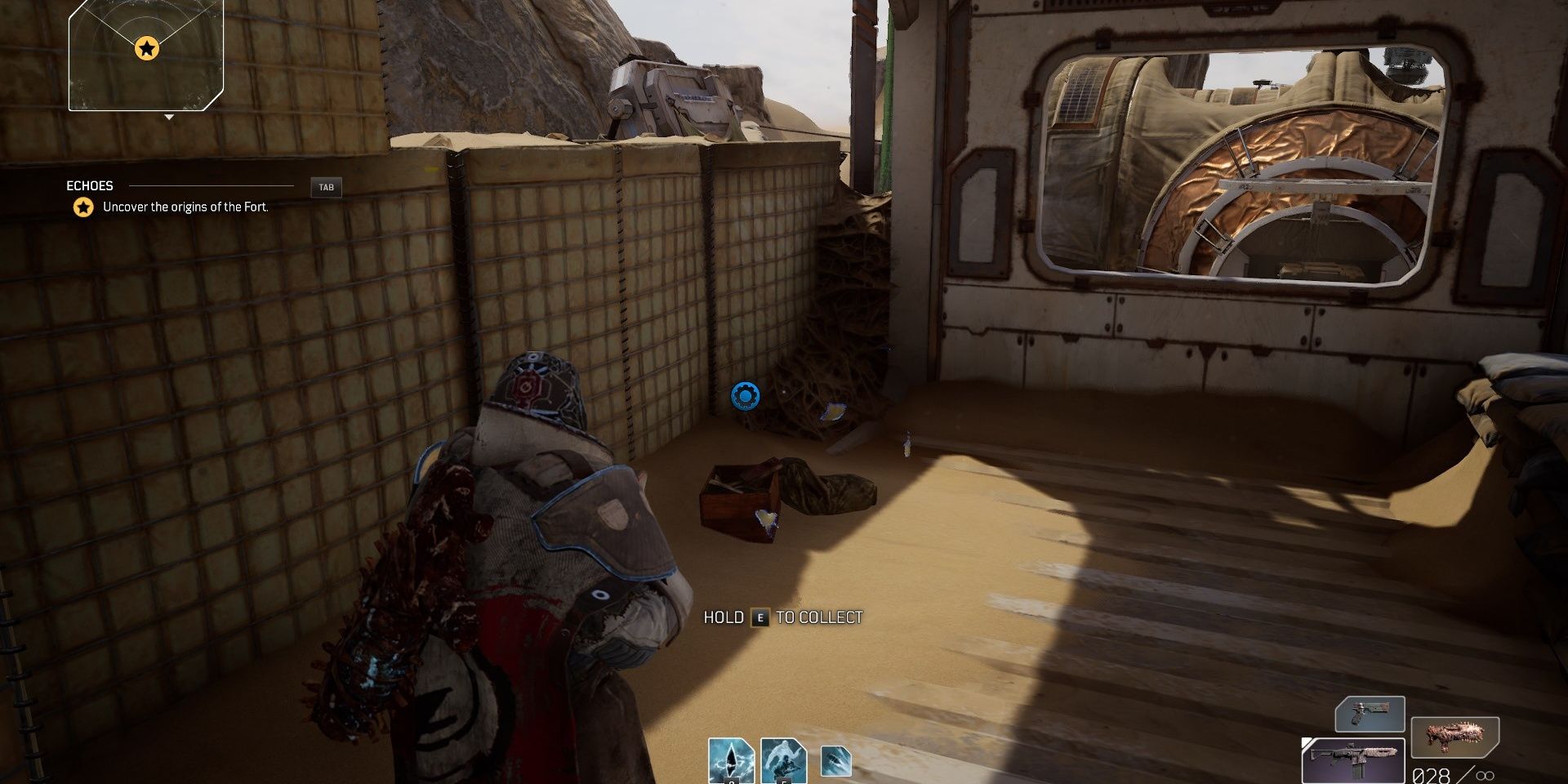 When you’ve dealt with the Ferals, inspect the journal entries beside the Headhunter Warlord’s initial location. Follow the waypoint to head deeper into the Fort. 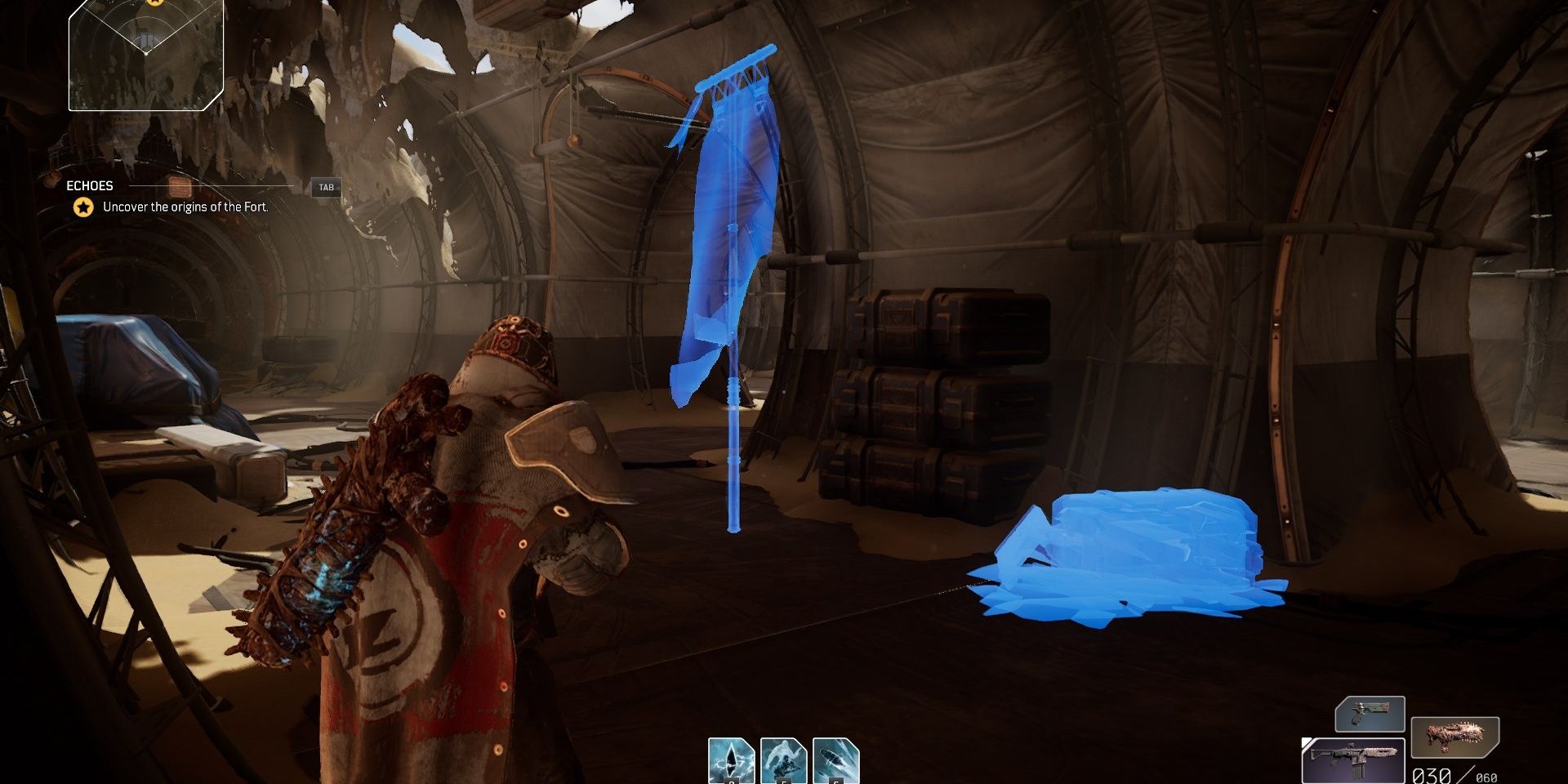 They’ll be a holographic flag just before the next encounter. Plant a flag, then stock up on ammo. 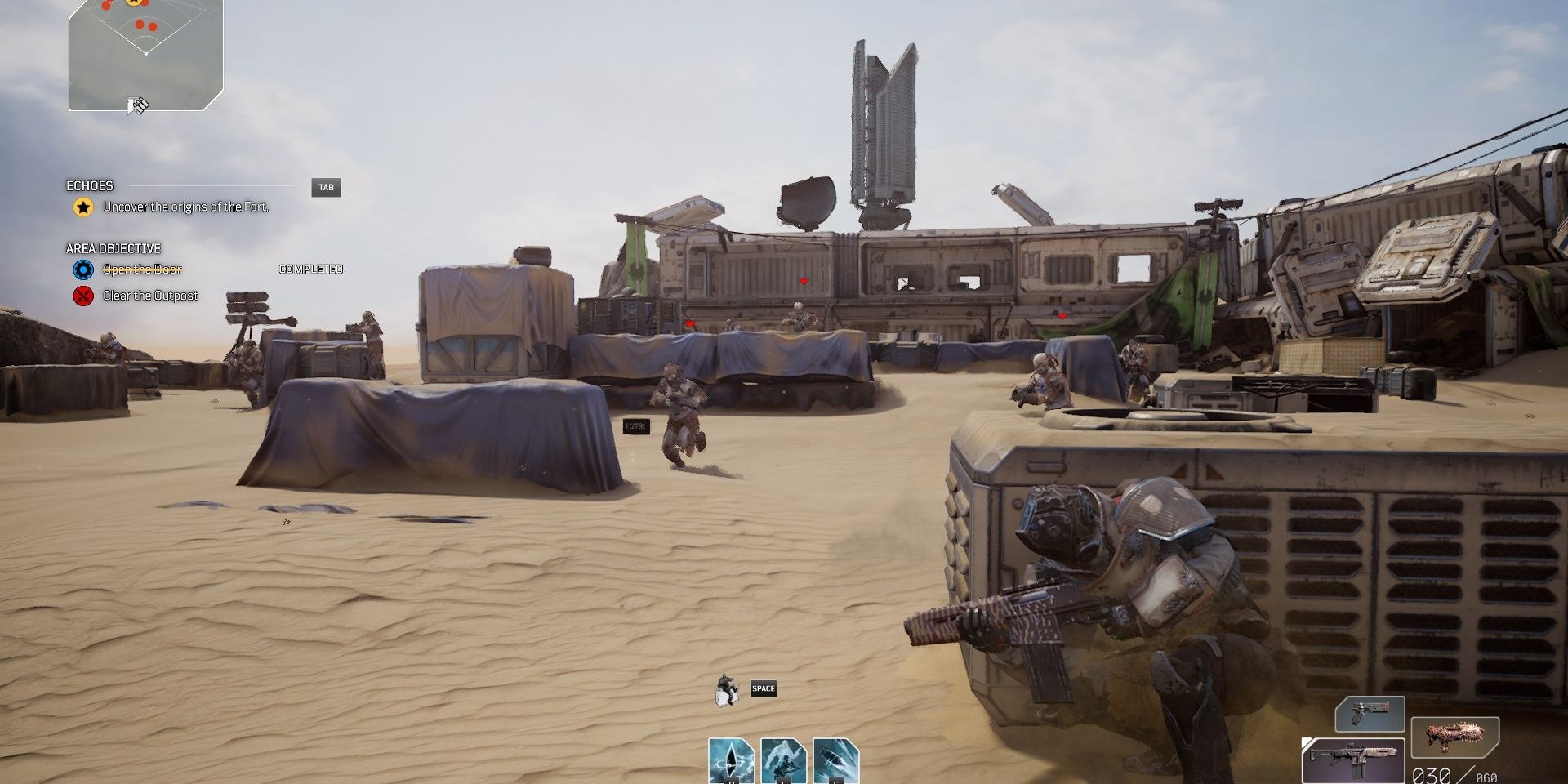 Outside will be a small group of Ferals guarding a power source. Clear them out, then activate the power source at the center of the arena. Make sure your character is geared and ready; you’re about to get swarmed. 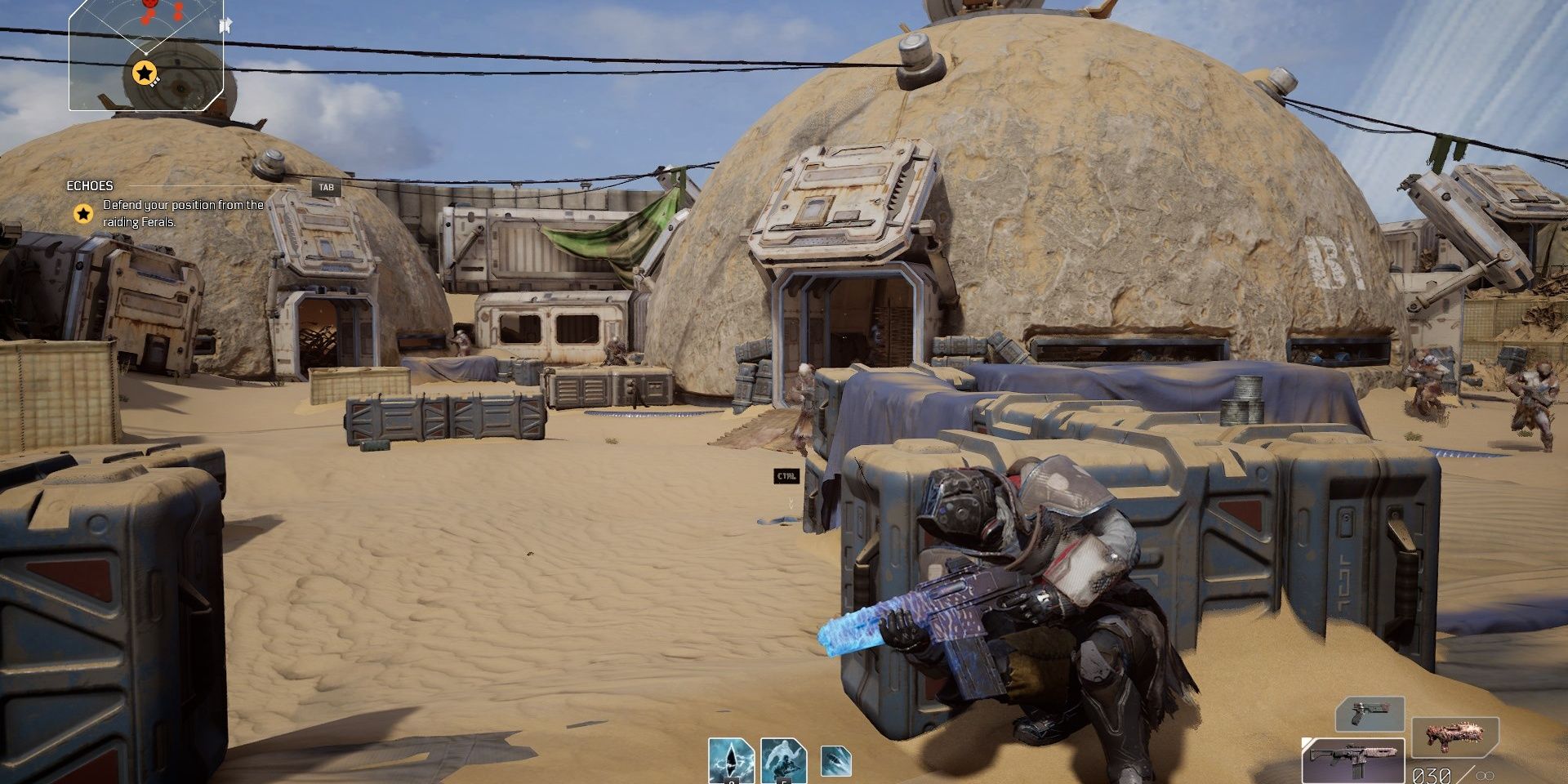 Ferals will begin to flood the arena from the right of the power source. A handful of Warriors will spawn first, followed shortly by two Destroyers. Eliminate a few of the Warriors, then direct your weapons and abilities towards the Destroyers. 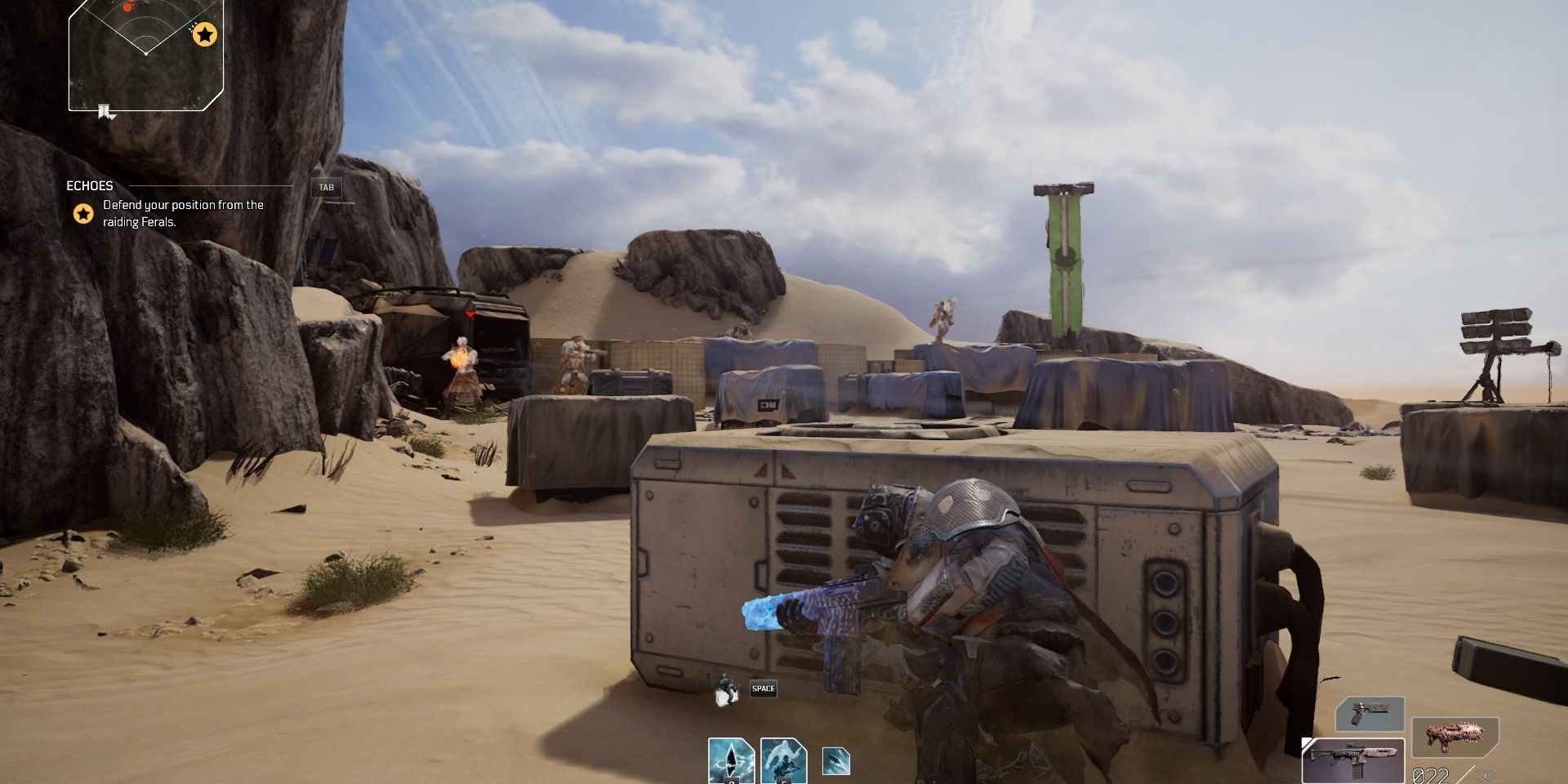 Additional Ferals will spawn in from the left side of the generator. These are all fodder enemies, so take them out quickly. 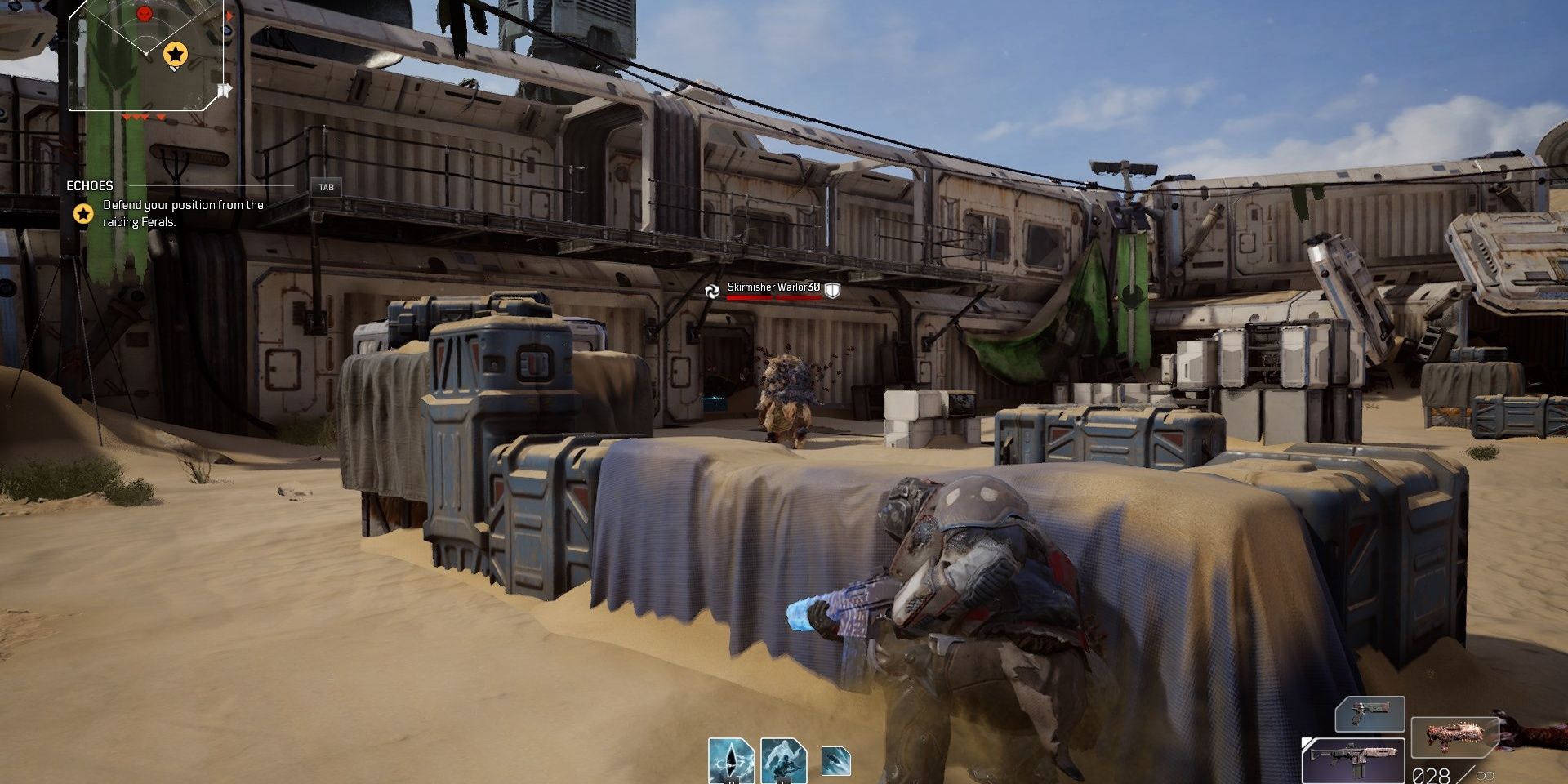 A third and final wave will encompass the entire arena, with enemies spawning from every side. One Skirmisher Warlord will spawn near the center of the generator. It’ll buff everyone as soon as it spawns, so try to interrupt the Warlord when it arrives. If you can’t, every enemy will be encased in hardened armor.

The Warlord should be your top priority. There’s plentiful cover here if you’re struggling, giving you a chance to cast your abilities or blind-fire at the Warlord from around the corner. Kill the Warlord, then wipe out the remaining Ferals.

Pinpoint The Source Of The Signal 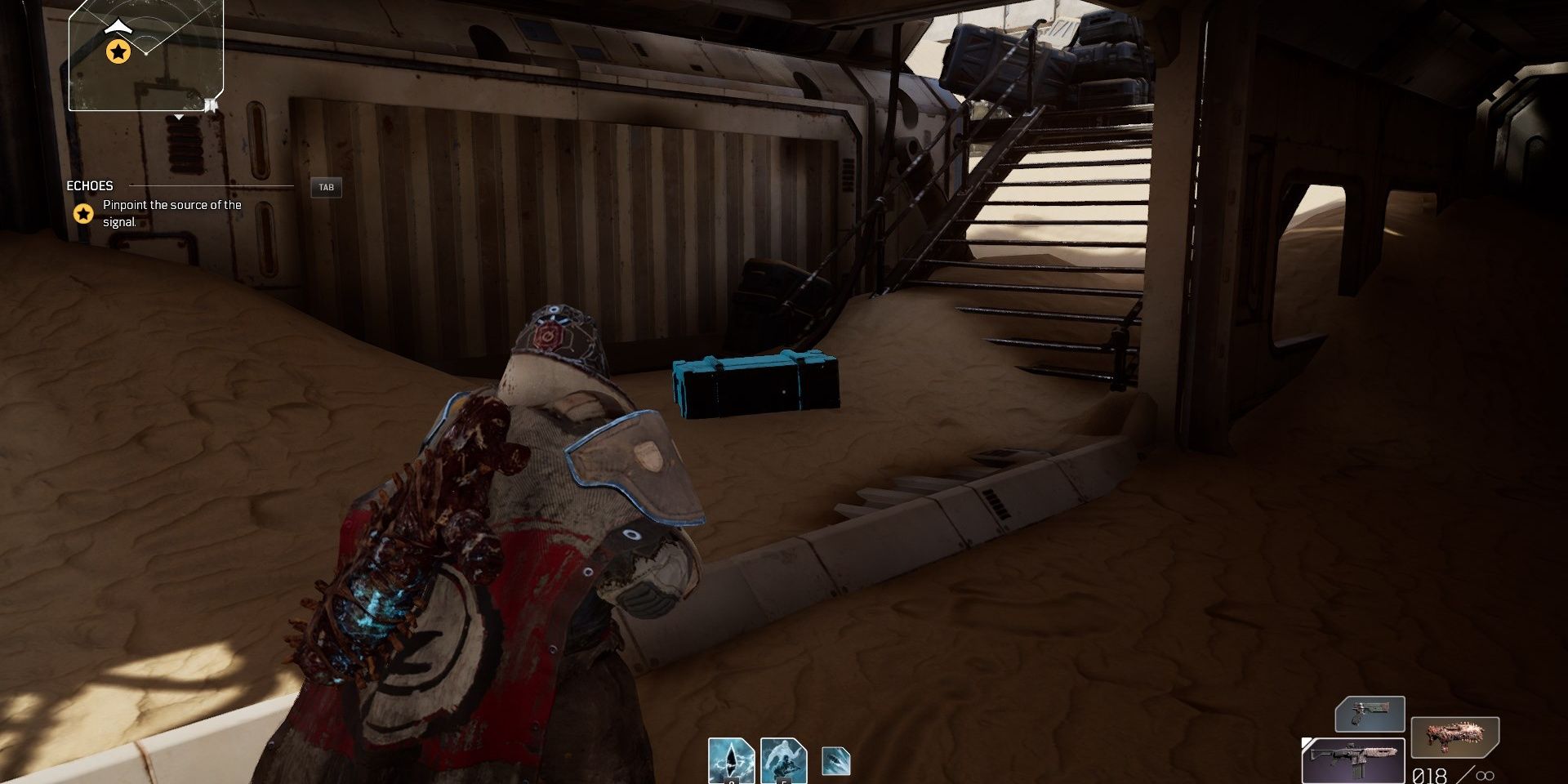 Enter the storage unit directly across from the generator. Open the chest near the staircase, then run up the stairs to find the source of the signal. Return to the camp when you’re finished, then speak to Channa when you’re ready to leave.