Outriders has a plethora of side quests for players to find and complete. While most of these side quests only grant a rare or epic item, there are a few that guarantee a legendary. The Outrider’s Legacy is one such quest.

Obtainable right as you reach Trench Town, this quest will task you with recovering three keys to open different sections of an Outriders bunker. It’s a rather long mission and spans multiple zones that are unlocked long after you reach Trench Town, so it’s recommended that you have every zone up to The Gate unlocked before you attempt this quest. Here is a step-by-step guide for completing The Outrider’s Legacy quest in Outriders. 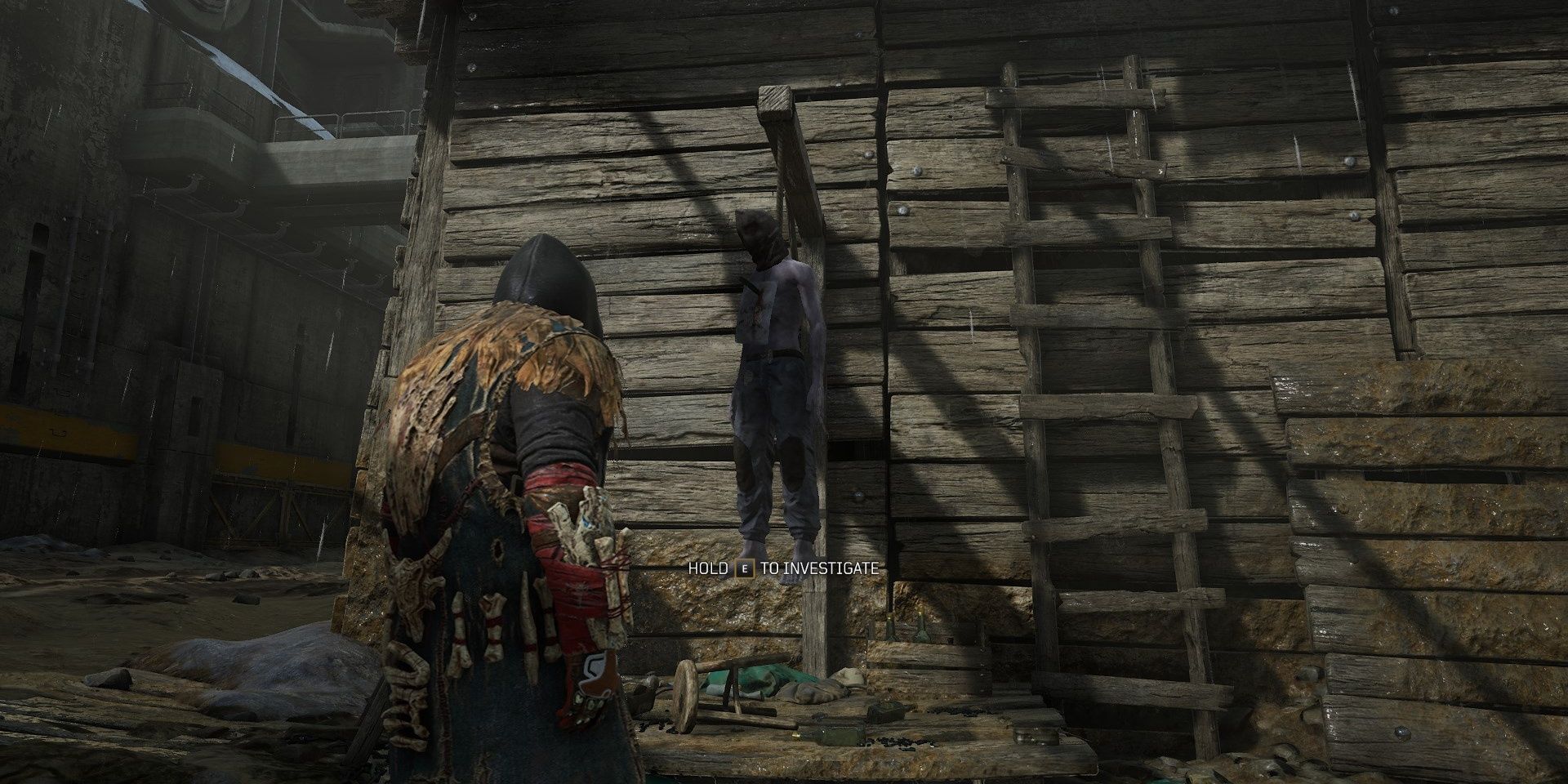 You can start “The Outrider’s Legacy” quest by inspecting the hanging corpse at Trench Town. When you spawn in, make a sharp right to find the corpse. Inspect it to start the questline. 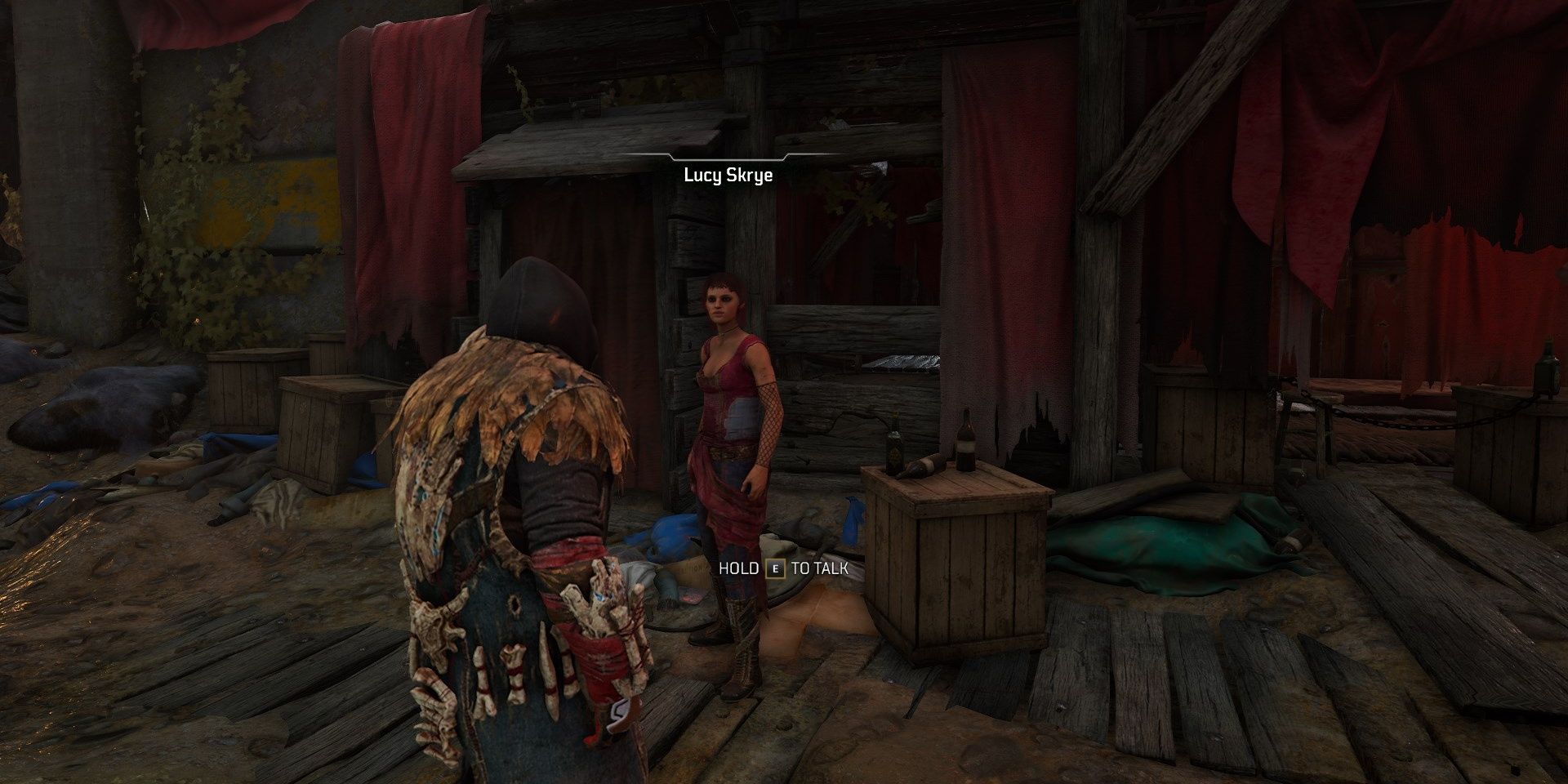 To get more information on the note, you’ll need to speak to Lucy. She can be found directly south of where you spawn from (opposite of where the corpse is). Lucy will ask you to find someone named Monique. You’ll have to travel to the Wreckage Zone to find her.

Travel To The Wreckage Zone 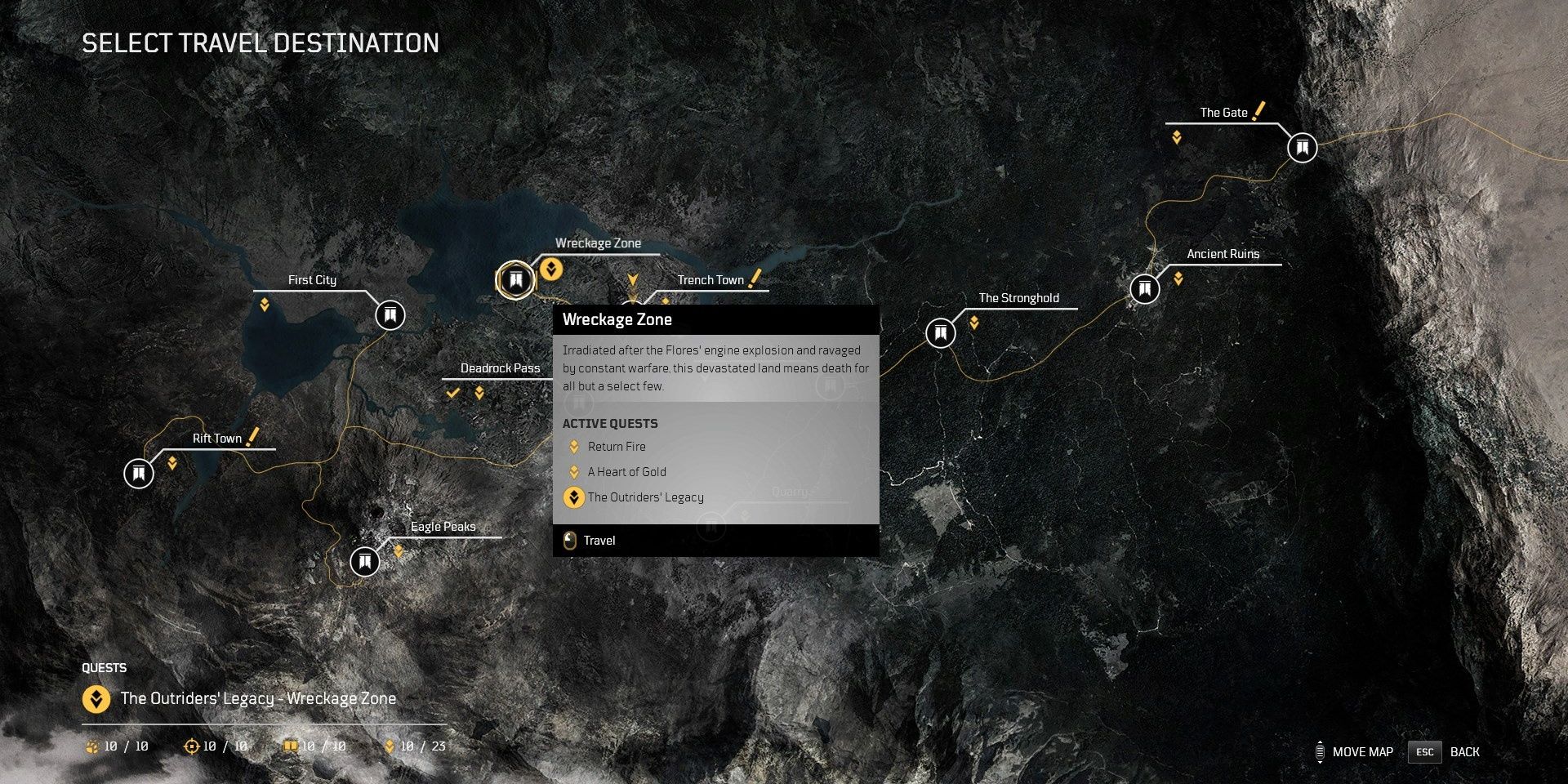 The Wreckage Zone is an area directly after Trench Town. If you haven’t unlocked it yet, continue playing the main quest. This will be a theme for this entire quest, so it’s a good idea to be halfway through the game before you try completing this quest.

At the Wreckage Zone, you’ll want to enter the Secluded Homestead at the eastern end of the map, just beside the Crevice waypoint. Enter the house, then fast travel back to Trench Town to speak to Lucy. You’ll now need to travel to the Quarry. 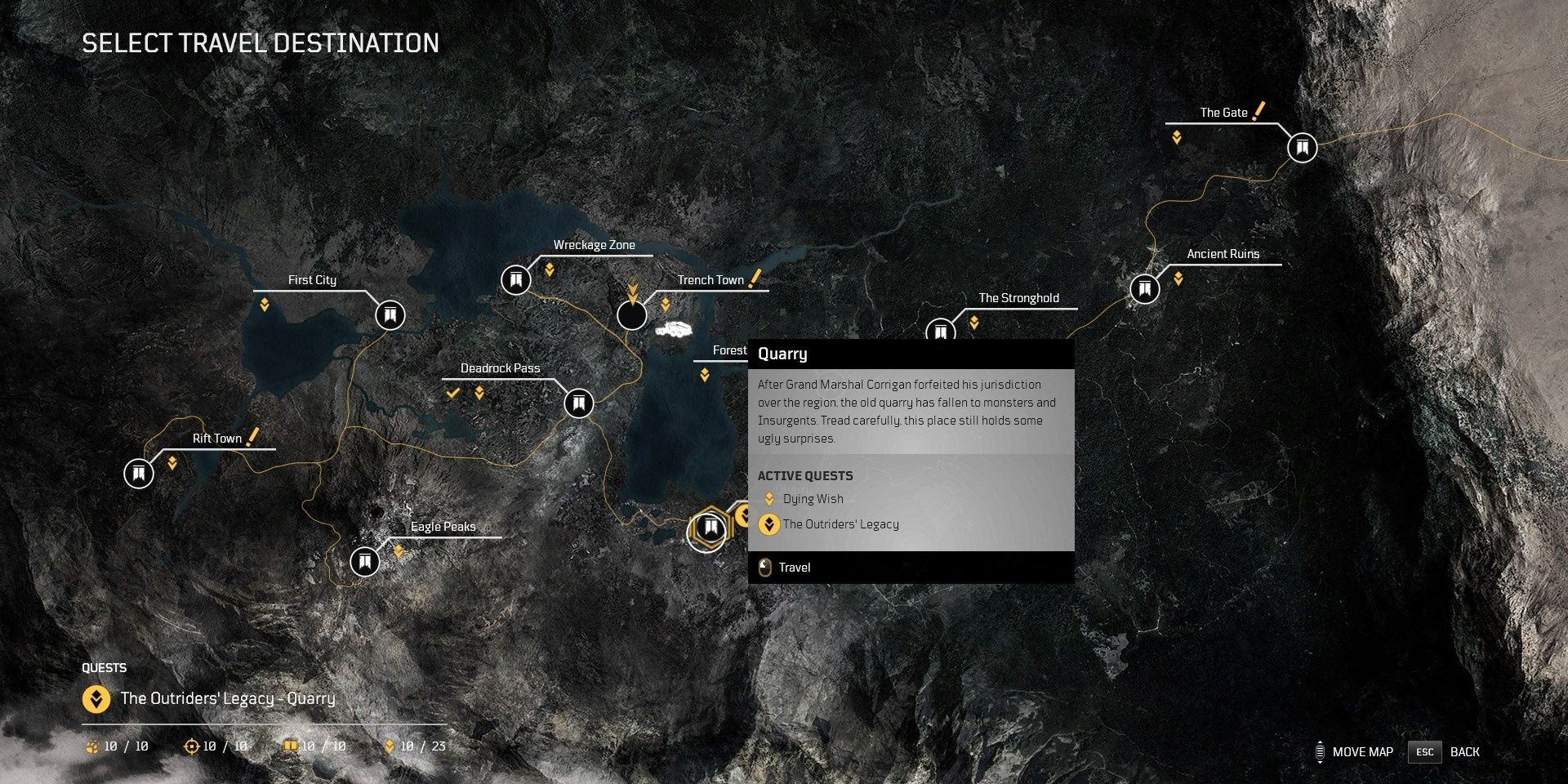 With a key in hand, travel to the Quarry. Once again, this zone unlocks as you progress through the main story. 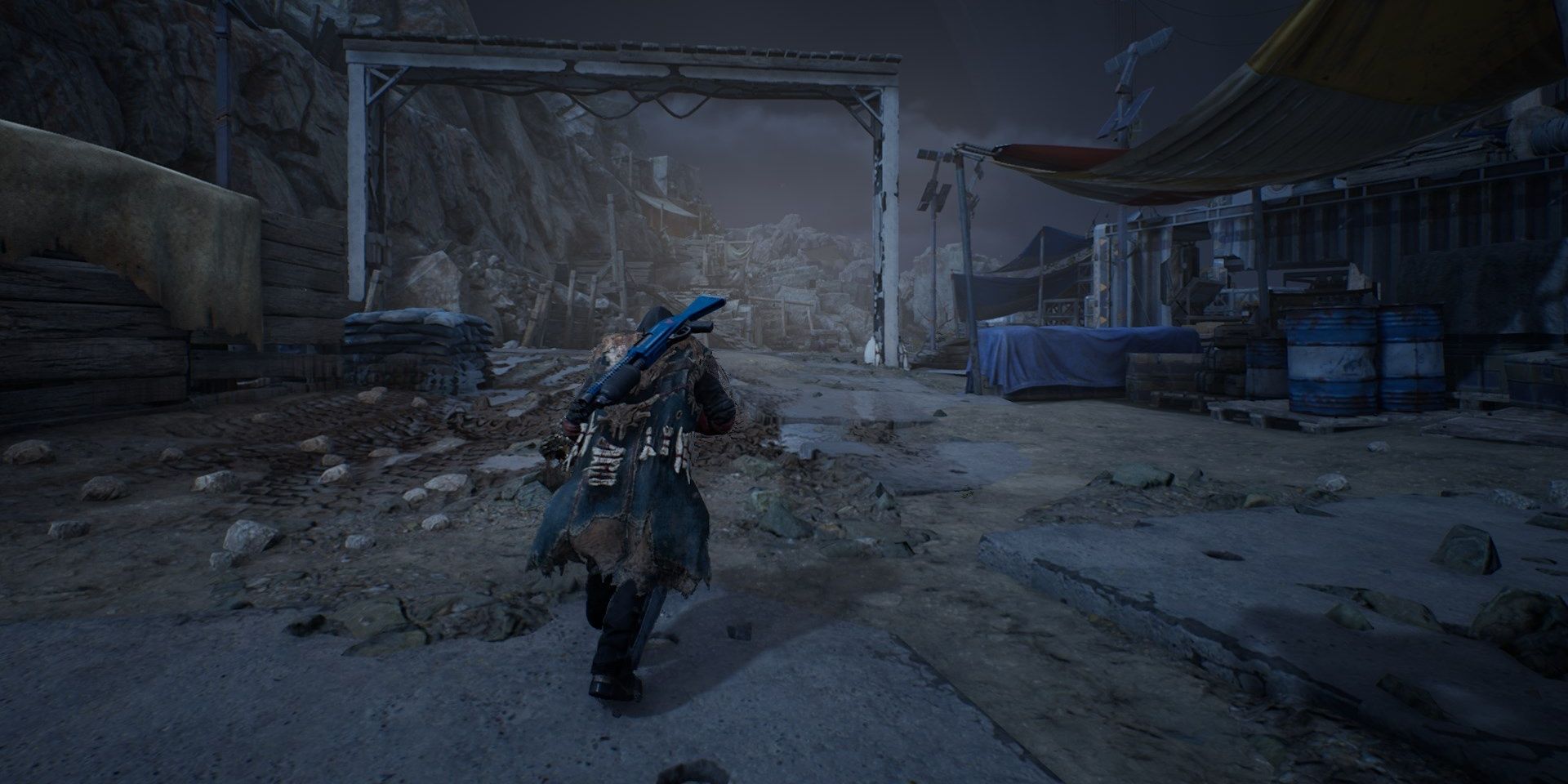 When you arrive, hang right around the camp and run up the wooden ramps to the left side of the path. This will take you to the Nesting Grounds. Defeat any Insurgents that guard the path. At the end of the zone will be a bunker hatch you can enter. Head inside, then open the first bunker door. They’ll be a note that will lead you to the Forest Enclave.

Note: There’s a chest at the far end of the bunker you can loot every time you enter. Loot it before you leave whenever you enter this bunker.

Speak To Mercer At The Forest Enclave 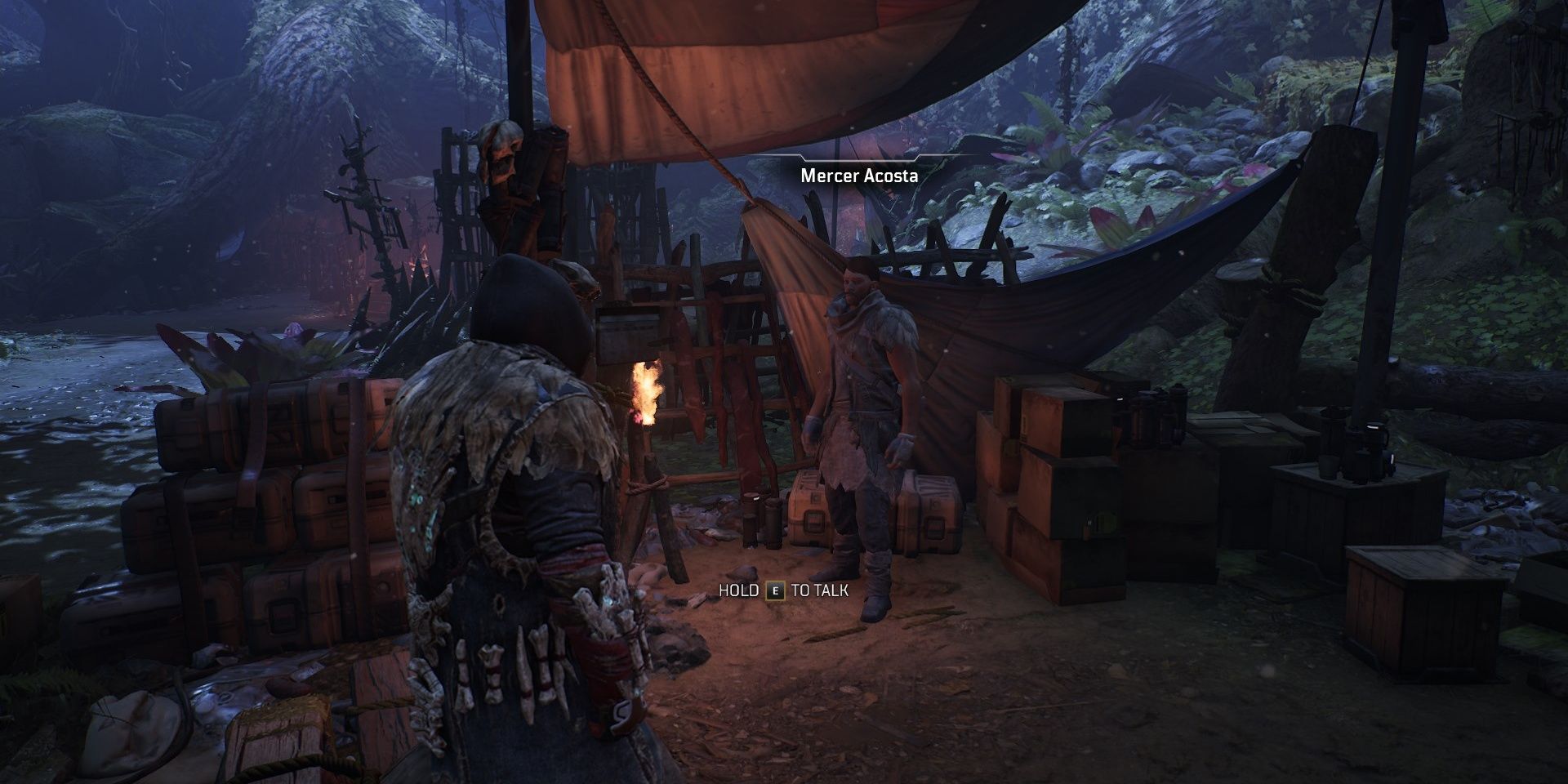 The Forest Enclave is a hub town unlocked later in Outriders’ main campaign. At the camp, look for someone named Mercer Acosta, located on the northern end of the area. He’ll direct you further in the forest to find a picture for him. Finding the picture will give you the second bunker key. 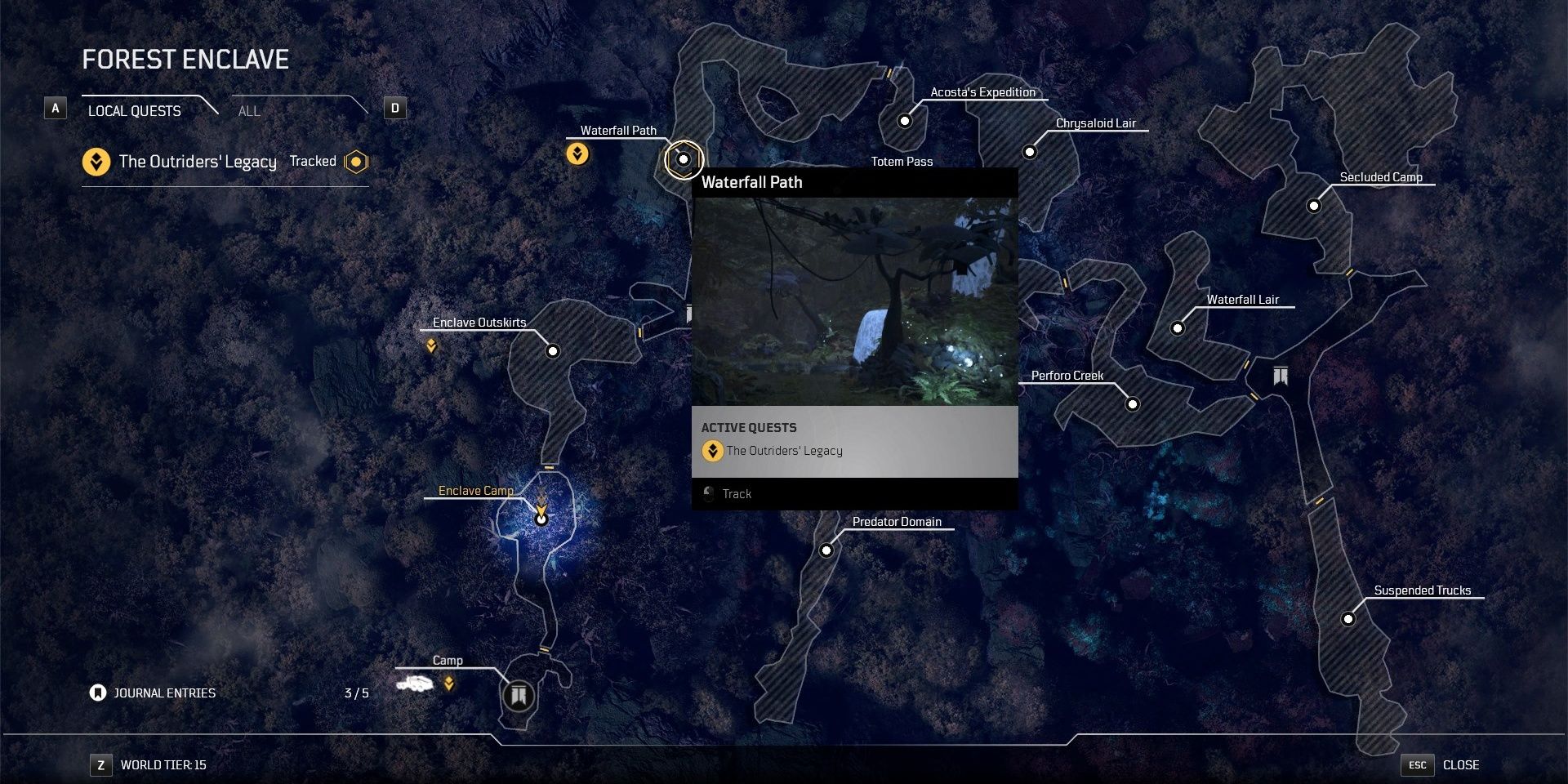 Travel to the Waterfall Path in the Forest Enclave, a zone directly north of the Crystal Camp waypoint. It’ll lead to an instanced side area filled with Beasts. Clear out the gauntlet of enemies to find a corpse with the picture you need. Loot the corpse, then return the picture to Mercer to receive the second bunker key.

Travel To The Nesting Grounds 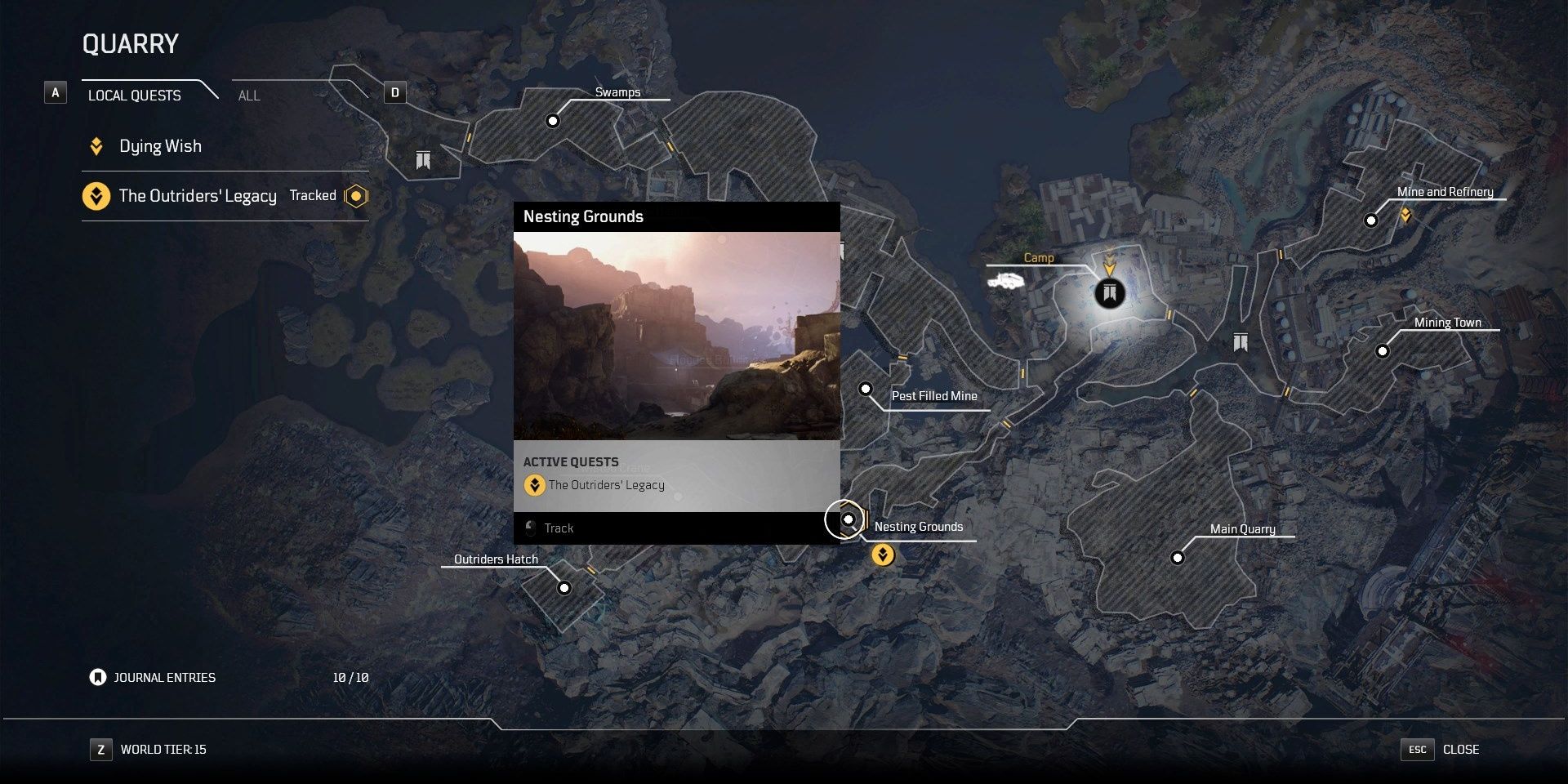 Enter the bunker through the Quarry’s Nesting Grounds, just as you did last time. They’ll be Beasts guarding the path instead of Insurgents, but this shouldn’t pose much of a threat for most builds. Take out any enemies that get in your way, enter the bunker, then open the second bunker door. You’ll be directed to The Gate to find the third and final bunker key.

Before you leave, be sure to loot the two chests in the second bunker room. They can give rare or epic-quality gear along with a small bundle of Scrap.

Travel To The Horrific Sculptures 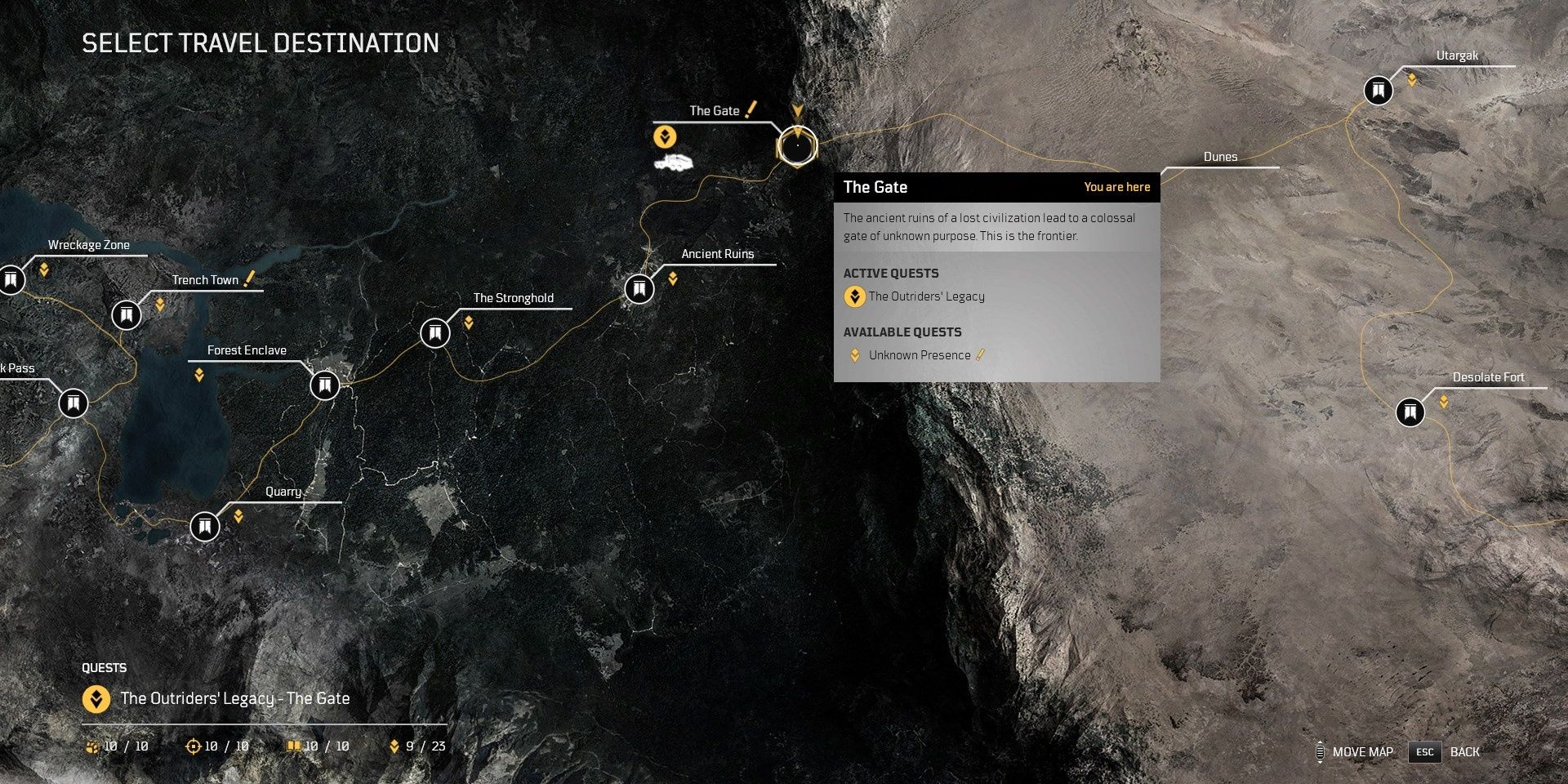 The Horrific Sculptures zone is in The Gate zone, yet another area unlocked by progressing through the main campaign. Travel to the northwest part of the map, clearing out every enemy in your path. They’ll be a corpse beside a tent you can investigate. Grab the final key from its corpse, then return to the Nesting Grounds bunker for the third and final time. 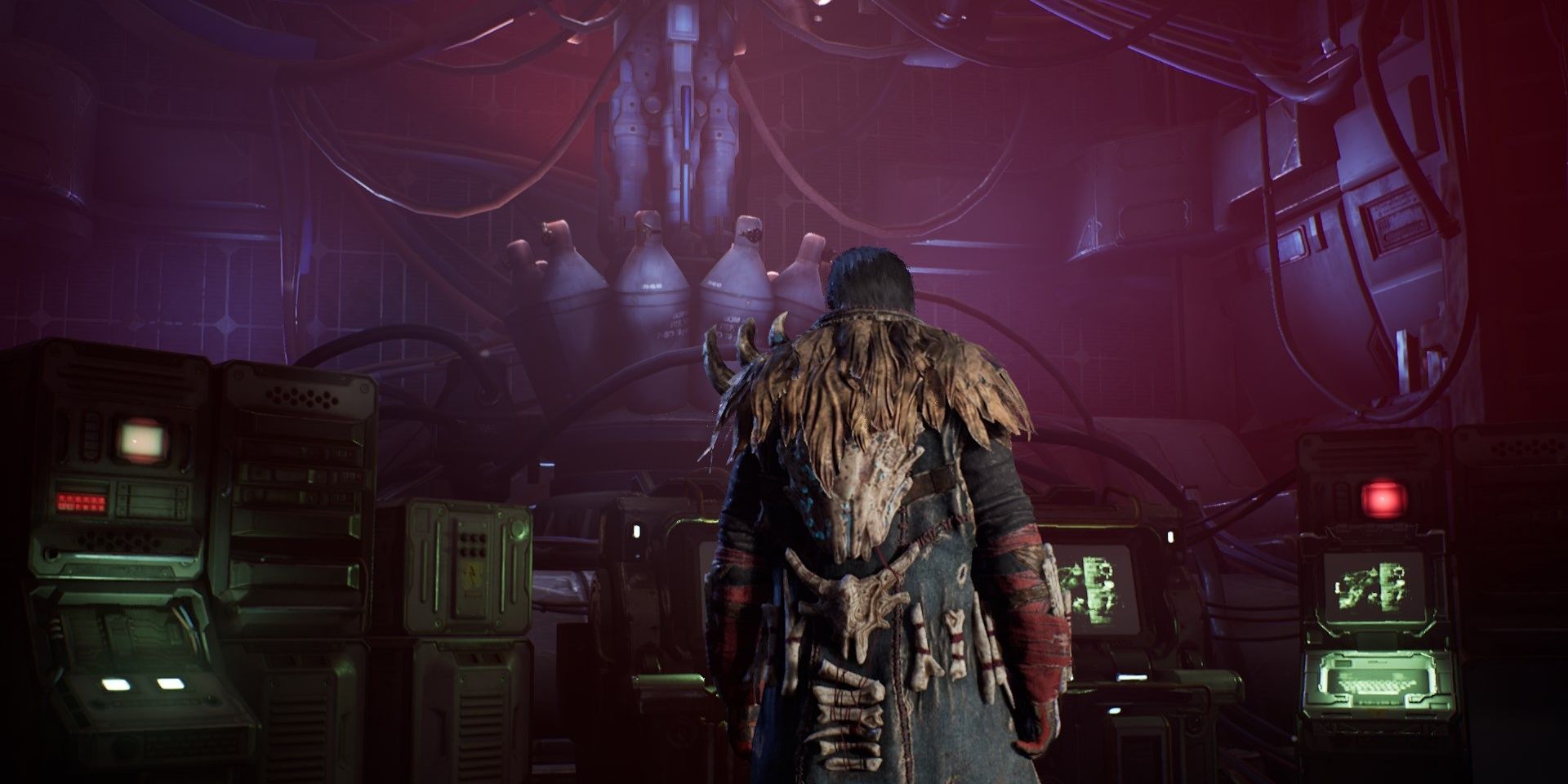 It turns out that the Outriders were not just keeping conventional weapons in this bunker. The third bunker was housing a nuke this entire time, something that you accidentally activated. In typical Outriders fashion, you’ll need to kill a small band of enemies to disarm it. Insurgents will begin spawning directly behind you. Take them out to finish the quest.

You are guaranteed a legendary for completing this quest. The room you spawn in also has five chests you can open, granting rares and epic-quality loot. If you want to replay this quest, interact with the hanging corpse in Trench Town as you did previously.

Next: Outriders Complete Guide And Walkthrough 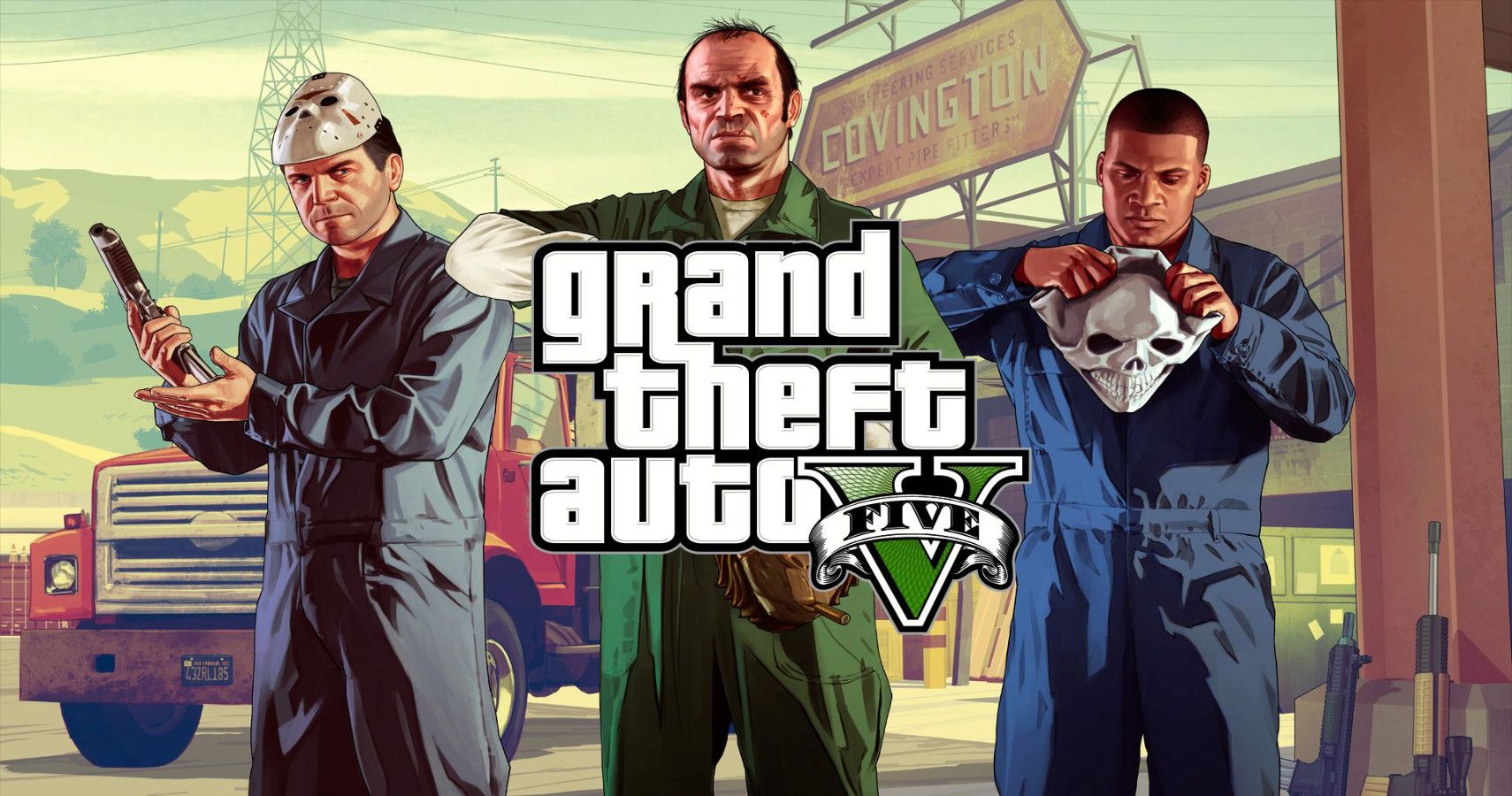