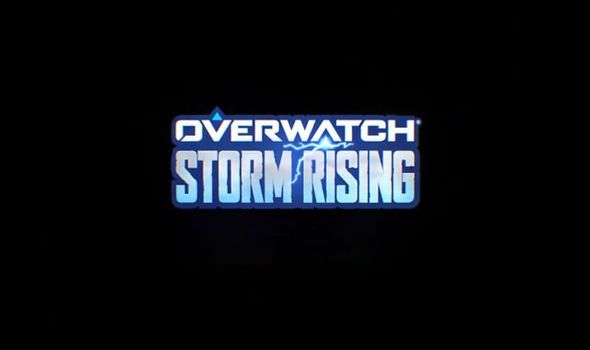 This year’s Overwatch Archives event has been announced by Blizzard today.

Fans of the popular PS4, Xbox One and PC shooter can look forward to the launch of Storm Rising next week.

A release date has been set for Tuesday, April 16, and was the final news from a teaser video shared today.

In it, we find out that the new Storm Rising event will be set after the previous King’s Row mission.

A new mission is being set up to try and capture Doomfist again, this time, however, new tactics will be used to try and ensnare the Talon leader.

This will involve an accountant called Maximillion, although no details were revealed over what new mode could be added to the game.

We do know that Tracer will be leading the mission, along with support from Winston, Genji, and Mercy.

The new story mode experience is expected to share some kind of link with the recent article that focused on a distillery in Cuba.

“An anonymous financial group expressed interest in purchasing the company and distillery,” the article teases.

“They offered us a lot of money,” Alicia says. “It could have changed our lives. But Don Rumbotico is my family’s legacy, and you can’t put a price on that.”

“At first, the Diaz family refused. But then rum shipments began to go missing. When the distillery burned down in a suspected case of arson, the Diaz family was left with nothing. They were forced to sell the company for a sliver of its worth.

“Now, Don Rumbotico is a worldwide brand, and its unfortunate history has been sanitized for public consumption. Basilio Diaz’s kindly, familiar visage on the label is gone, replaced by shiny chrome. The distillery has been rebuilt, but the recipes are different. “You can taste the difference. It’s not the same,” says Alicia.”

This could be part of the new setting for the Overwatch mode map, or could just be background information for something bigger.

Overwatch Archives is a yearly event that shares experiences from pivotal moments from history in the Overwatch universe.

It includes a team of four heroes who have to participate in cooperative, story-driven missions that is focused on a point in history before the fall of Overwatch.

Here’s information from last year’s Archives event: “After the paramilitary organization known as Talon launches an attack on an Overwatch facility, the peacekeeping force is unable to respond. But Blackwatch, Overwatch’s secretive strike force, plays by its own rules.

“Travel eight years into the past and join Blackwatch as they seek to capture a high-ranking member of the Talon organization. Fight in the streets of Venice as Genji, Moira, McCree, or Reyes (later known as Reaper) to complete the mission in Story Mode. In All Heroes Mode, bring the hero of your choice into the field.

“But take care, because Talon will do everything in its power to protect its leaders. Their best assassins, snipers, and heavy soldiers will storm in by ground, air, and sea, stopping at nothing less than the eradication of the Blackwatch team.”

Overwatch Storm Rising will begin next week and will end as an event on May 6.