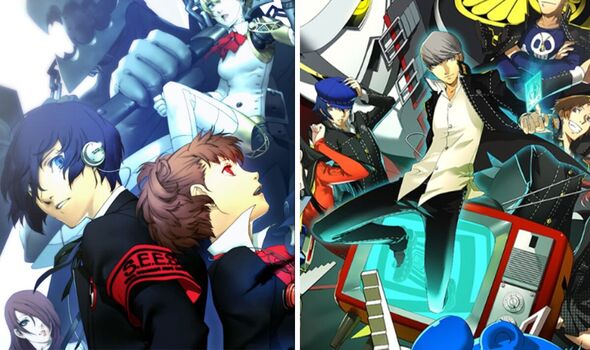 Persona 3 Portable and Persona 4 Golden are coming to modern platforms this week. Combining day-to-day school activities with a supernatural storyline and epic turn-based battles, the role-playing games have built cult followings in the years since launch. Whether you’re new to the series or looking to revisit some classics, the good news is that Persona 3 Portable and Persona 4 Golden have a January 19 release date on PS4, Xbox consoles, Nintendo Switch and PC.

Launch times vary on each platform, although according to countdown timers, Persona 3 Portable should be available from midnight on PlayStation and 4am GMT on Steam.

Persona 4 Golden will make its PS4 debut at 5am GMT based on the PlayStation countdown timer.

The Nintendo Switch versions are expected to drop at midnight local time, meaning you don’t have long to wait.

Both games have been given modern makeovers, featuring improved visuals and performance, quick saves, and difficulty options.

Players can also switch between English and Japanese voice over languages.

Persona 3 Portable takes place in and around Gekkoukan High School, where the newly transferred protagonist encounters the ‘Dark Hour’.

Get Xbox Game Pass for £1

Xbox Game Pass has been dubbed by many as ‘the best deal in gaming’. For a monthly fee you get access to Xbox exclusives – such as Halo Infinite and Forza Horizon 5 – on Day One. Plus, the ever evolving library adds tonnes of great third-party games each month like the upcoming Persona 5 Royal.

“When they are attacked by one of these Shadows and all hope seemed lost, the power of the heart, their Persona is awakened.

“With this newfound power, they pursue the truth of the Dark Hour and face the destiny that awaits them.”

Persona 4 Golden, on the other hand, centres around a mysterious and deadly TV channel.

“They say your soulmate will appear if you stare into a television set on a rainy night,” Sega explains.

“This strange rumour slowly spreads through the rural town of Inaba, the protagonist’s new home, just as a chain of mysterious murders begin. As the protagonist and his teammates chase after the truth, they find themselves opening the door to another world.”

As a reminder, Persona 3 Portable and Persona 4 Golden are available on Xbox Game Pass.