In the beginning of Persona 4 Golden, you and your friends will need to awaken to your Personas before you can run around the Midnight Channel trying to save the residents of Inaba. Yu will awaken to his, Izanagi, at the beginning of the Twisted Shopping District, but once you venture inside, you’re up against your first mini-boss – Shadow Yosuke.

Spilling secrets about how Yosuke feels out of place and fed up, it’s up to you to help him face his true self. For help getting through the fight with Yosuke’s Shadow in P4G, you’ve come to the right place.

This article contains spoilers for the story of Persona 4 Golden.

How To Fight Yosuke's Shadow 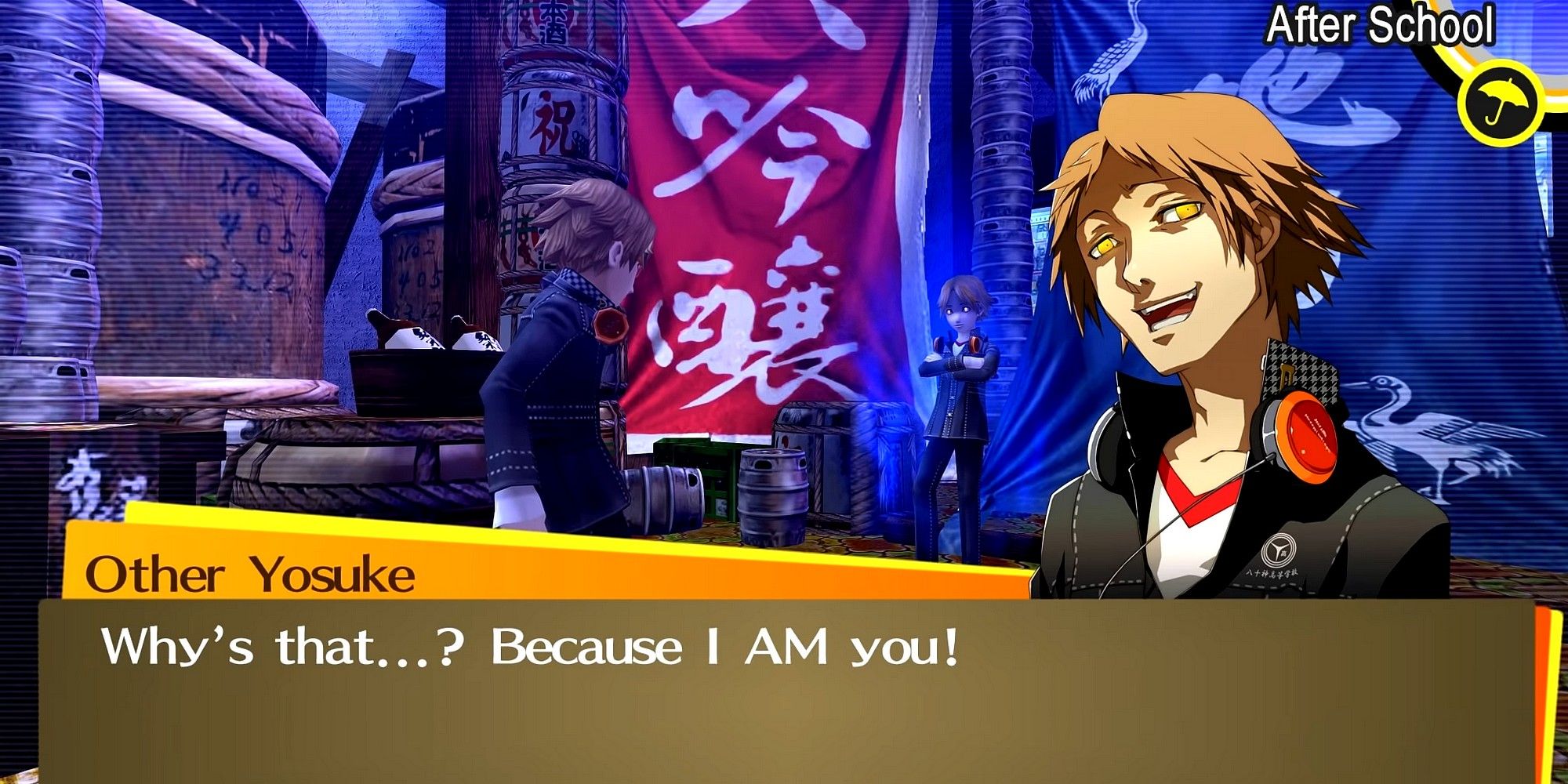 After discovering a Midnight Channel version of Saki Konishi inside of Konishi Liquors and hearing her regard Yosuke as annoying, your friend is shaken.

As he’s reeling, out comes a second Yosuke, this one with glowing yellow eyes. They’ll be your indication that you’re speaking to one of your friend’s shadows.

After some chat, Shadow Yosuke transforms into a Persona, and the fight is on.

Now that you’ve recently awakened to your own Persona, Yosuke’s Shadow is a great time to practice and learn the mechanics of the game.

However, since Yosuke hasn’t awakened to his Persona yet, you’re fighting Shadow Yosuke alone.

As soon as the fight begins, Yosuke’s Shadow will hit you with a wind attack, to which Izanagi is weak. It’s the game’s tutorial on affinities, so Persona 4 Golden takes this chance to teach you how to guard.

Once you’re back on your feet, use any healing items like Medicine for HP or Soul Drops to recover SP if needed.

Using items, however, consumes your turn in battle, so choose wisely. 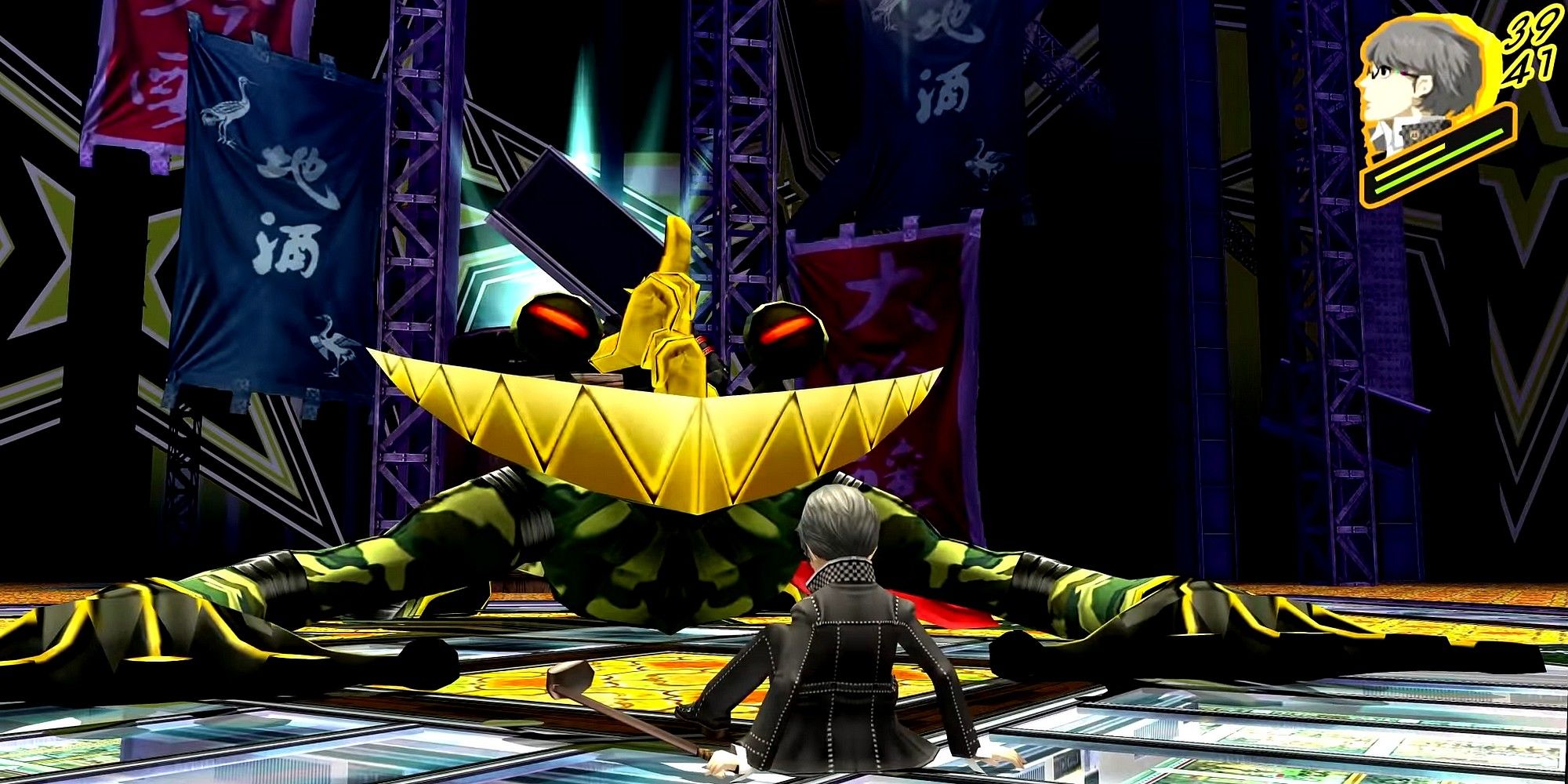 Thankfully, Izanagi can use electric attacks, which is perfect, as Shadow Yosuke is weak to them.

To gain the upper hand in battle, your best bet is to use the move Zio, your Persona’s electric elemental attack. This will knock down Shadow Yosuke, offering you a free second turn just for exploiting its weakness.

Using Zio again can’t further down the shadow, though, so you won’t gain an additional upper hand using it a second time.

If you’re trying to conserve your SP, the move Cleave draws from your HP instead of your SP.

The fastest way to dispatch Yosuke’s Shadow is to use a continual combination of Zio, then Cleave. Exploiting Shadow Yosuke’s weakness (and any shadow, for that matter) is your ticket to victory.

However, Shadow Yosuke will go on the offensive if given the chance. If you see him use Power Charge, it’s a safe choice to instruct Yu to Guard. 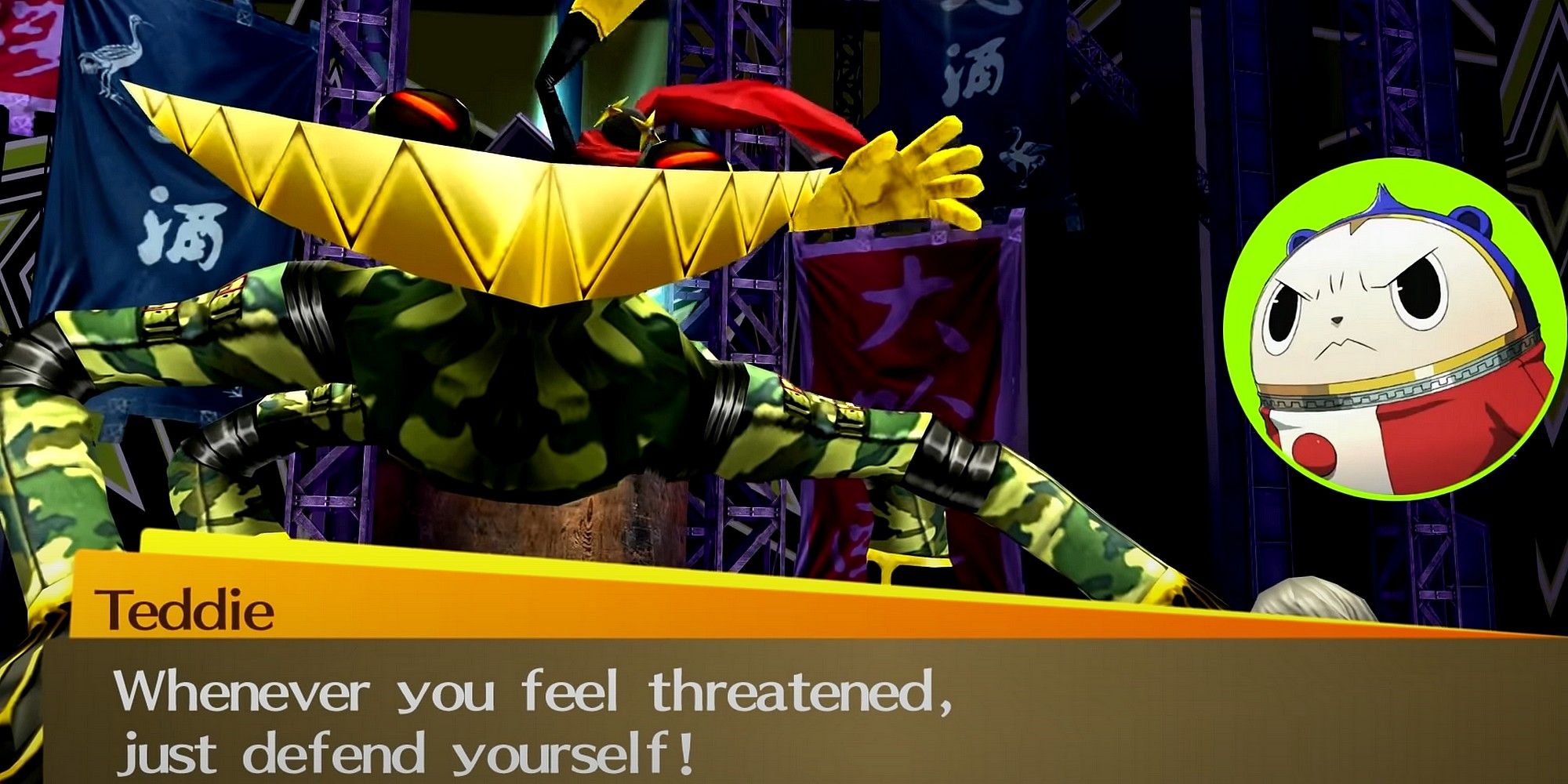 Power Charge is the first stage of the move Wind of Oblivion, which will both damage you pretty badly, as well as knock you down instead, giving Shadow Yosuke the same advantage you had with the Zio-Cleave combo.

Keep up this volley of damage exchange until finally, Shadow Yosuke is defeated.

Yosuke Awakens To His Persona

After the battle, Yosuke will be shaken and have to admit to both the group and himself that what the Shadow was saying is indeed his real thoughts.

To get him to do this, choose “You’re still yourself.” 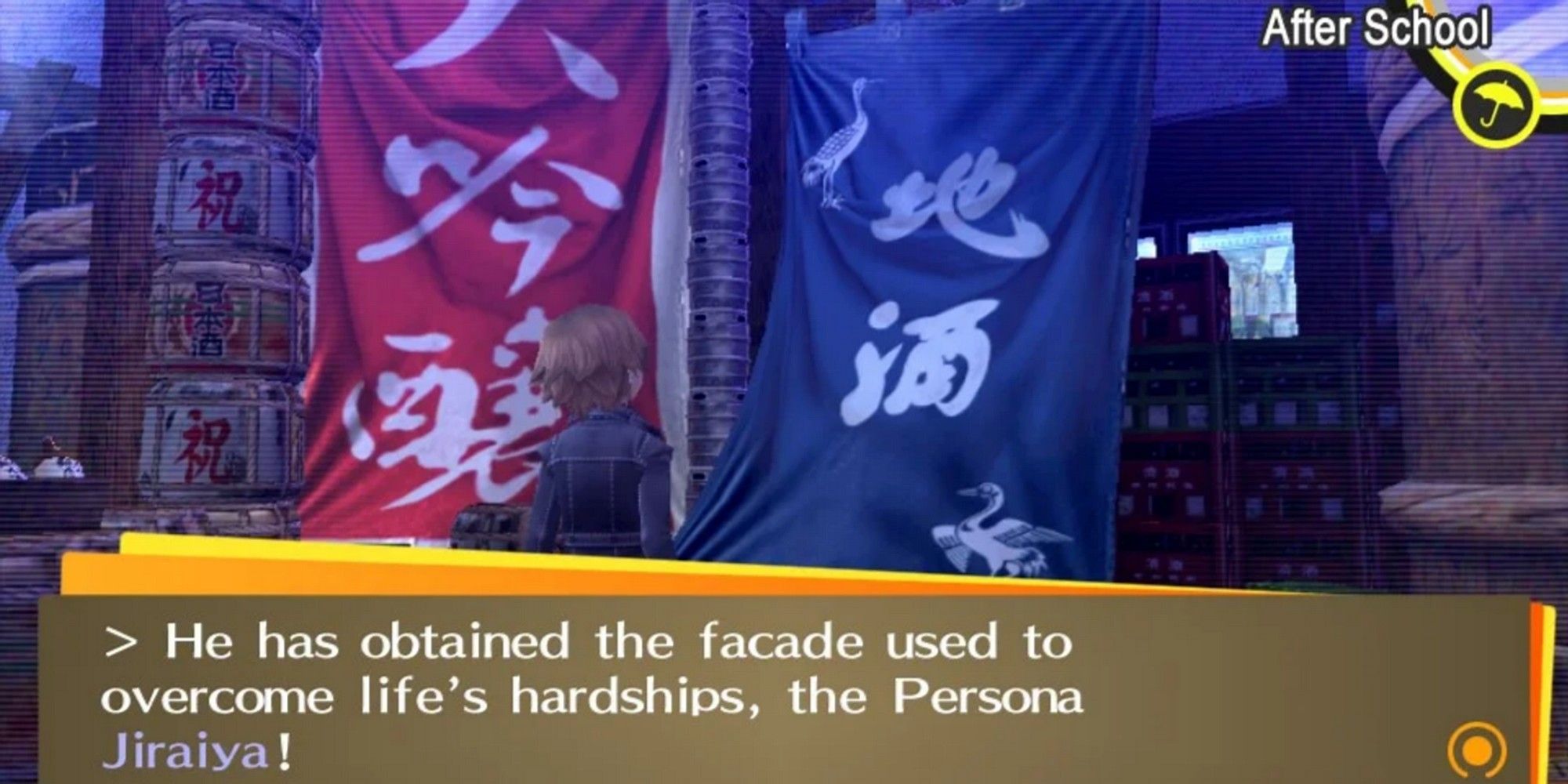 It gives Yosuke the strength to admit to his true feelings and awaken to his Persona, Jiraya, who still retains its focus on wind elementals now that Yosuke is in control.

You can now add your friend to your party the next time you go into television, giving you a second party member to use in the battles ahead.